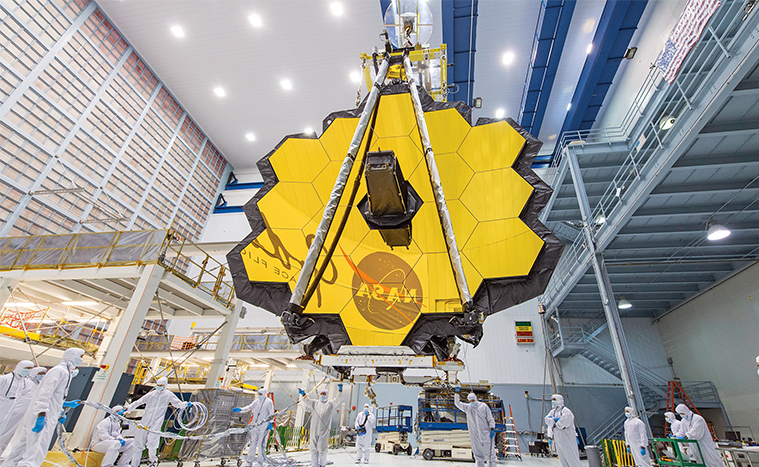 The Academy Awards ceremony is probably the last place most people would look for NASA technology, but it turns out the Space Agency has had an impact even on the glammest of Hollywood red carpets: the coveted Oscar trophy is coated in the same gold that helps telescopes glimpse distant galaxies.

For space missions, gold has a few qualities that make it particularly useful. For one, it’s good at reflecting infrared wavelengths of light, which help to detect celestial objects from very far away. Even better, says Goddard Space Flight Center physicist Jim Tuttle, “gold is really inert. It doesn’t oxidize at all.” That means it won’t tarnish or change over time, unlike aluminum or most other metals.

Because of both of those properties, gold is also a good way to block the absorption of radiant heat, which can be a problem in space: “the shinier and more reflective something is, the less heat it absorbs from its surroundings,” Tuttle notes.

For all those reasons, the James Webb Space Telescope, the successor to the Hubble telescope, due to launch in 2019, uses a lot of gold, and not just on the spectacular main mirrors. The telescope’s designers also called on gold to coat a 32-foot refrigerant tube that cools the Mid-Infrared Instrument, or MIRI.

The instrument houses an infrared camera and medium-resolution spectrograph that will help astronomers detect and reveal physical details of newly forming stars, comets, and objects in the Kuiper Belt. But to do all that, MIRI must be kept extremely cold: just six degrees above absolute zero. That’s because heat also shows up as infrared light, explains Goddard engineer Kimberly Banks, who worked with John Gygax and Shaun Thomson on Webb’s thermal systems. To detect faint light signatures from far away, the detector needs to eliminate all the stronger heat signals around it.

Most of Webb will already be operating at a chilly

-387 °F, or 40 Kelvin. To get MIRI down to 6 K, the refrigerant tube circulates gas through heat exchangers. The tube’s gold coating helps to keep the gas from absorbing heat from the rest of the telescope.

The most common method for gold coating is by vapor deposit—when the metal is heated in a vacuum until it becomes a gas, which then condenses in a thin layer across a surface. The process is effective but does have drawbacks. For one, gold loses some of its reflectivity during vapor deposition—meaning the resulting coating would absorb an unacceptable amount of heat.

Beyond that, the gold becomes extremely delicate. “We’ve seen many times over the years, that somebody will put a nice gold coating on something, but as soon as you bend it, all of a sudden a whole layer of gold will peel up and flake off,” says Gygax. Not only does that lower reflectivity, but the flakes can interfere with sensitive instruments.

Long-time NASA partner Epner Technology, a Brooklyn-based family business that has been gold-plating everything from jewelry to missile components for three generations, seemed to be the best option, Gygax says.

The company claimed its gold would never flake off, but, says Gygax, “we were hesitant. That’s why we made him prove it to us—and he did.” The company also boasted its gold plating was significantly more reflective than vapor-deposited gold. Again, the Goddard team wanted to be sure, so this time they turned to Tuttle, a cryogenics researcher who designed an experiment that showed the reflectance would be sufficient at its extremely low operating temperatures aboard Webb.

In fact, the plating achieved its hardness and reflectivity in part thanks to work Epner did for NASA more than two decades before.

Epner uses an electroplating process it calls LaserGold, because it first used the technique to coat laser components. The company has been gold-plating NASA spacecraft components at least since the first GOES (Geostationary Operational Environmental Satellite) weather satellite in the 1970s.

“In our system, we have a tank with an electrolyte solution of gold cyanide, an anode, and the part to be gold-plated, the cathode. A direct current power source ‘drives’ the positively charged gold ions to the negatively charged cathode where they collect an electron and return to their pure gold state,” explains company President David Epner. The resulting coating was already harder and more reflective than vapor-deposited gold, but both attributes have been improved through the years. One key improvement came in the early 1990s, when NASA needed to gold-plate a mirror for the Mars Orbiter Laser Altimeter (MOLA) and told Epner it needed better reflectivity without losing strength (Spinoff 1997).

At around the same time, the team building the Keck Observatory, a pair of powerful land-based telescopes, was planning to gold-plate its secondary infrared mirror and needed additional hardness to ensure it was cleanable without any scratching. (Keck was not a NASA mission, though the Space Agency later joined as a partner.)

To meet the needs of both aerospace projects, Epner tweaked its proprietary processes to ensure the highest possible reflectivity while also achieving a hardness triple that of pure gold.

“Normally when you want to harden a gold, you add nickel or cobalt, and it becomes an alloy,” Epner explains. “It’s hard as hell, but the reflectivity plunges. The problem is creating a pure gold that is also hard.”

The trick, Epner explains, was in modifying the electric current to get a more tightly packed atom. Because the gold remains pure, the reflectivity remains extremely high.

The improved technique convinced both the MOLA and Keck teams, and Epner has been using it for its varied commercial clients ever since.

In the medical industry, Epner coated light pipes for Braun ear thermometers and for a turning mirror on the end of a catheter used to laser-ablate enlarged prostates.

In public health, Epner uses electroforming to create infrared carbon dioxide detectors. Epner also plates an infrared mirror on missile guidance systems and an infrared jammer on Apache and Cobra helicopters, among other defense applications. And the company continues to work on sculptures and jewelry, including working with a designer who crafts unique creations using gold-plated lace.

In 2016, Epner’s reputation for durable and brilliant gold coatings, built in part through its many years working for NASA, brought a new client: the Academy of Motion Picture Arts and Sciences. “They were awestruck that we were going to give them a gold that had been in space for 30, 35 years,” Epner recalls.

For more than three decades, a trophy manufacturer cast the Oscars in a tin alloy and then plated them with gold. They shone—but the coating wore off. “They were seeing a steady stream of winners returning their Oscars for replating,” Epner says. “My company replated three of them directly for the recipients.”

When the Academy came to Epner, “we guaranteed that our gold coating will never come off.” In fact, Epner has offered a lifetime guarantee to replate, for free, any Oscar that starts to show wear. “That’s something I’ll never have to make good on,” he says. 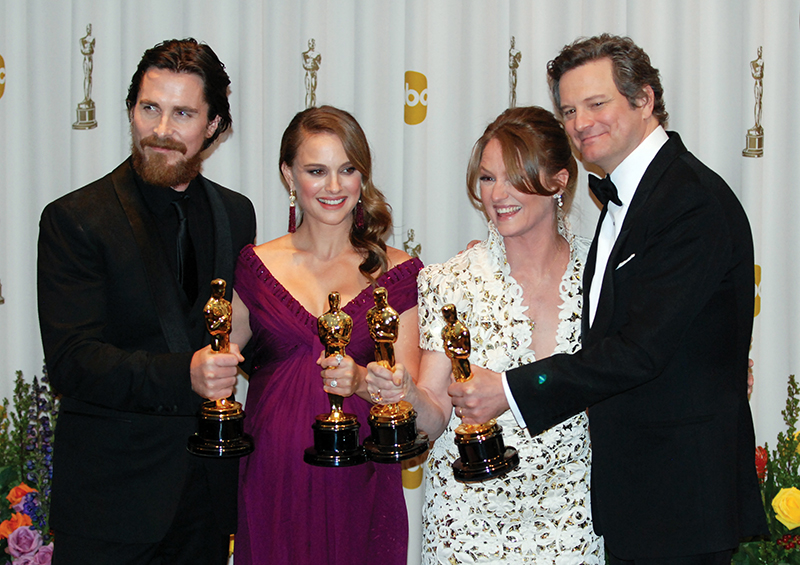 Some Oscar winners found the gold coating wore off over time. In 2016, Epner Technology began gold-plating the statuettes, using atechnique improved in part for the Mars Orbiter Laser Altimeter. Epner guarantees the coating for life.

Gold is highly reflective and doesn’t tarnish—great for the James Webb Space Telescope’s main mirror but also to block radiant heat from instruments in the telescope’s interior. Longtime NASA partner Epner Technology didn’t coat the main mirror, but its extremely durable and shiny plating was perfect for a cooling tube on the interior.