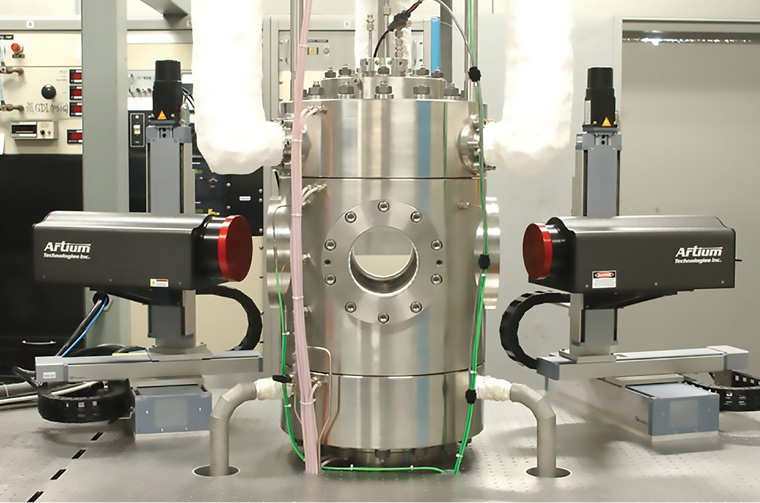 At first, NASA just wanted a way to characterize fuel sprays in a turbulent environment such as a jet engine. What William Bachalo created to meet this need in 1984 has since been used for automobile engines, aircraft testing, inkjet printers, medicine, agriculture, and now the latest cutting-edge development in smartphone and television screens.

Bachalo did his postdoctoral work at NASA’s Ames Research Center, studying turbulent airflow separation around airplane wings and helicopter rotors. To visualize and characterize the behavior of these flows, he developed innovative techniques for measuring the Doppler shift in laser beams to make detailed observations of flow speeds and movements. He also developed a way to use holography to record the features of large flow fields at or around the speed of sound. The results were detailed visualizations and quantitative data on flow contours, pressure distributions, and speeds.

Following his work at Ames, Bachalo founded the company Aerometrics Inc., which won its first Small Business Innovation Research (SBIR) contracts from Lewis Research Center, now known as Glenn Research Center, to build on his earlier work. With that funding, the company invented and developed a device that could characterize the interaction of atomized fuel and air in terms of droplet sizes, velocity distribution, turbulence intensity, and fluctuations in turbulence. He called it the Phase Doppler Particle Analyzer (PDPA), and it remains the standard for spray characterization to this day.

The PDPA measures the velocity of particles in a spray based on the Doppler difference in frequency and phase shift in the light they scatter when passing through the intersection of two laser beams. It determines particle size based on the phase difference in scattered light received by three different photodetectors. Bachalo first developed the method with the help of his partner at Aerometrics, Michael Houser.

This technology, along with work on using lasers to characterize soot emissions, also funded by Glenn, formed the basis for the products offered by his current company, Sunnyvale, California-based Artium Technologies Inc. In addition, the company has developed high-speed imaging under Glenn SBIR funding, used to characterize mixtures of liquid drops and ice particles for aircracft icing research and development.

A series of SBIR contracts with NASA, the Department of Defense, the Department of Energy, and the National Science Foundation refined and expanded the technology’s capabilities and applied it to various problems. Two such contracts with Glenn, which funded most of the company’s NASA work, added the capability to determine droplet temperature using a linear array of charge-coupled device image sensors to capture each droplet’s refractive index, which is a function of its composition and temperature.

That added capability made the technology the only instrument that could measure droplet temperatures in a spray flame, such as may be found in a combustion engine. That and its ability to simultaneously gauge particle size and velocity allowed the devices to test and validate advanced models for fuel-efficient combustors (Spinoff 1998).

In early commercial applications, the technology was used to design or monitor spray nozzles for paint, agricultural products, fire sprinklers, and fuel sprays into combustors (Spinoff 1994). An adapted version characterized sprays of nebulizers, aerosols, and mists.

In 1995, Aerometrics, whose staff had grown to about 50, merged with a competitor, and in 1998, Bachalo cofounded Artium. The company has continued to work with NASA, especially Glenn, mostly on technology to measure particulate emissions from various combustion sources and to study airframe and jet engine icing.

A widespread commercial application to this day is developing and testing automobile fuel injectors. “Most auto companies have our instruments or work with a university using our instrument,” Bachalo says, adding that the advent of direct fuel injection was enabled in part by his technology’s ability to characterize gasoline direct-injection sprays.

Car manufacturers have also used the instruments for vehicle body painting, although it’s not a major source of business for the company. “When you paint a vehicle, you’ve got to get the right-sized droplet so you produce a nice, smooth, even coat,” Bachalo says. Likewise, pharmaceutical companies use it in spray-coating medicine tablets. At least one customer has used it to develop nozzles for spraying crops. Companies making inkjet printers use PDPA technology for product development and quality control.

“Aircraft icing is not a big market, but it’s important,” Bachalo says, noting that Artium products help certify airplane and helicopter parts in wind tunnels by showing how supercooled liquid droplets behave when impacting these components. These are demanding environments, where instruments have to work at temperatures ranging down to -40 °F in winds of 200 or 300 mph. Icing is a major flight hazard and one that Artium and NASA are still working on. Droplets of supercooled water can freeze on wings, causing them to lose their aerodynamic shape, or in engines, causing flameout and loss of power.

In 2014, the Federal Aviation Administration issued new certification standards for dealing with supercooled large drops. Bachalo says such conditions are difficult to recreate and mitigate, but Artium is helping Glenn develop solutions. The two entities are also working on high-speed imaging of ice crystals. Because the crystals are shaped irregularly, Artium’s usual PDPA technology cannot characterize them. With NASA funding, Artium has developed a specialized instrument that’s currently in development. “It’s part of that whole process of keeping flying safe,” Bachalo says. “It’s required lot of innovation and effort from our team.”

PDPA technology recently found a new—and lucrative—market in the organic LED, or OLED, display business. These new screens, used in smartphones and televisions, with their deep blacks and rich colors, are made with organic dyes that light up in a particular color when hit with a voltage. Initially, the pixels were created through a lithographic process, but manufacturers are now working to print the screens with inkjet printer technologies, Bachalo explains. Such a printer might have 1,024 jets, and each must produce droplets of a precise size and hit a precise target. “You’ve got to know if they’re all working right, because the dye and printing process are extremely expensive.” So PDPA instruments provide the screen manufacturers with the necessary quality control. He notes that the work should bring down the prices of OLED displays significantly.

OLED products already represent a market of tens of billions of dollars, Bachalo says, and Artium’s revenues have doubled in the last year. The company still only has about 15 employees. “I prefer to be profitable rather than large,” he explains.

Taking a technology that started with NASA jet and rocket engines and applying it to so many areas didn’t come easily, Bachalo says. “It’s tough, because it spreads us thin when we’ve got to know about the technology in all these different fields.” His various leadership positions with the Institute for Liquid Atomization and Spray Systems have helped, he says.

“People kind of trivialize sprays, but they’re one of the more complicated problems in fluid mechanics.” 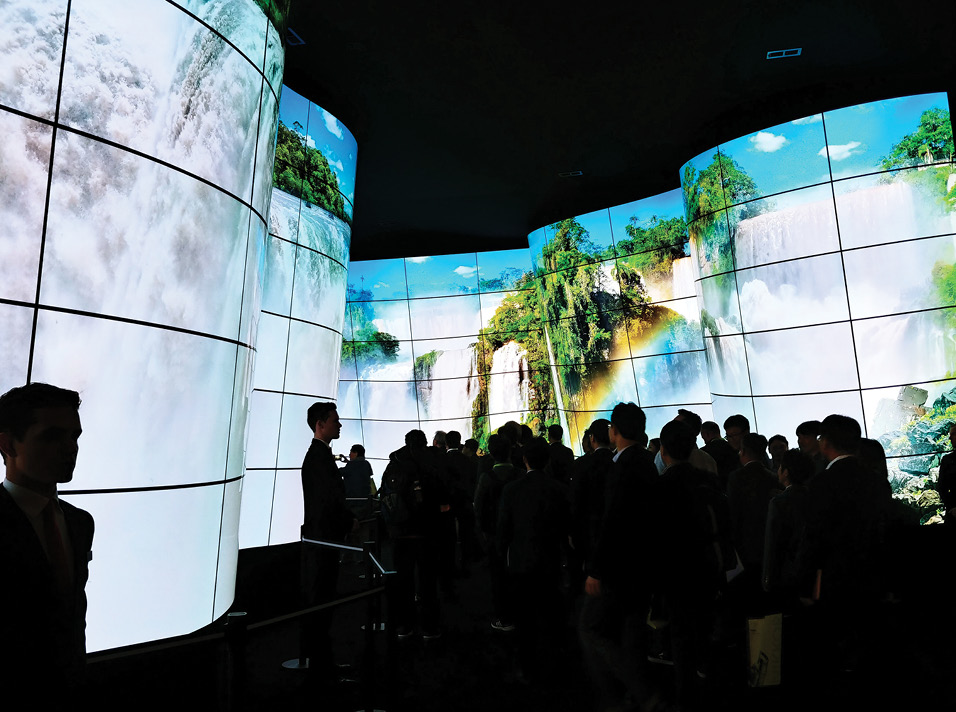 Organic LED, or OLED, displays are known for their rich colors and deep blacks, as well as for being thin and often flexible. But they’re also expensive. Manufacturers are working to bring down the cost by applying the screens’ organic dyes via inkjet printer, a process that uses Artium’s spray characterization technology for quality control.

Artium’s Phase Doppler Interferometer is used to test fuel injectors at a General Motors facility. Most automakers use Artium technology, which was originally created to test rocket and jet engines.