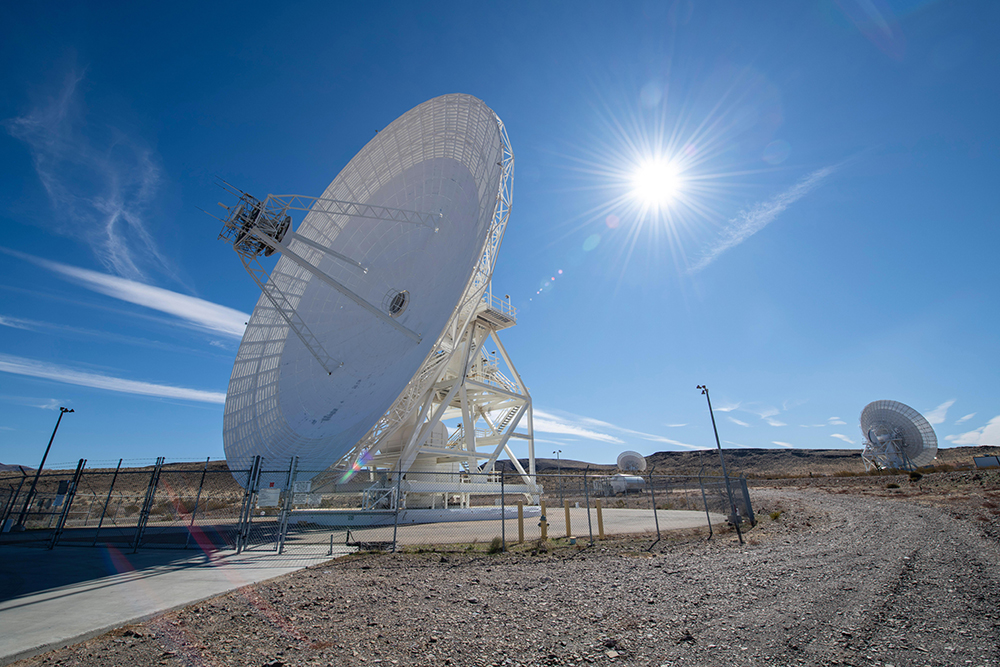 Navigating the solar system’s vast distances has, paradoxically, required NASA to master the physics of the universe’s tiniest particles.

“If you’ve been flying for six years, and you have just one chance for a Jupiter flyby, and you don’t get there at the right time and place, the entire investment you’ve made is essentially gone,” explained Lute Maleki, former researcher at NASA’s Jet Propulsion Laboratory in Pasadena, California. “Atomic clocks are what allow you to accurately navigate to your target, and as such they’re extremely important.”

These clocks calculate time based on the steady vibration of excited atoms, which serve as a clock’s oscillator, much like a pendulum in a grandfather clock, but one that swings billions of times per second.

NASA’ Deep Space Network (DSN), a sort of GPS system for space, relies on atomic clocks for extreme accuracy. Any modern navigation system must accurately time radio signals to triangulate a location. But the need for accuracy is even higher in space, where great distances can compound even tiny errors.

Advances made by Maleki and his JPL colleagues for space have now led to some of the world’s most refined lasers and oscillators for applications like communications, range-finders for self-driving cars, and emerging fields like quantum computing.

In the 1980s, as he worked to improve atomic clock technology for the DSN, Maleki established what became known as JPL’s Quantum Sciences and Technologies group to develop new capabilities using the quantum physics that govern the most elementary particles, such as photons or the vibrating atoms in a clock. The team developed a better, more affordable type of atomic clock and also, for the first time, sent atomic clock signals through fiber-optic cables to antennas almost 20 miles away.

In the early 1990s, Maleki and another member of his lab ended up inventing a new type of oscillator. “He had a stability problem he couldn’t solve, and I told him to turn it into an oscillator to solve it, and we invented the optoelectronic oscillator,” Maleki said.

Oscillators are crucial not only for timekeeping but also for communications, where they let two or more devices agree on a precise frequency at which to send and receive information. While all previous oscillators had used an electric current to generate their vibration, this one used laser light. Maleki’s team found that the invention performed better than electronic oscillators, producing low-loss, low-noise oscillation with high efficiency, especially at high frequencies.

The optoelectronic oscillator has since become critical to a number of applications, such as radar, space engineering, and wireless communications.

To ensure a constant frequency, however, the oscillator needs a resonator. At the time, this usually was an optical fiber that could carry an output signal over a good distance – ideally a mile or so – and circulate it back, allowing the system to keep track of its own output frequency and cancel out noise, Maleki explained. It made for a bulky system.

This led to his second foundational invention: the use of a whispering gallery mode optical resonator. The name comes from the observation that a whisper uttered along the inside of the dome of St. Paul’s Cathedral in London could be heard on the opposite side because sound waves traveled along the dome without decaying. The discovery had led to spherical resonators in which light waves could circle repeatedly, but little practical use had been made of them.

“What we did at JPL was, we took that, and first we flattened the sphere to make it like a button,” Maleki said. “And it has good properties when you do that. And the second thing was that we made it out of these crystalline materials” – magnesium fluoride, calcium fluoride, quartz – “which nobody had done before. We essentially started the entire field of fabricating whispering gallery mode resonators out of material other than glass, as well as their use in new applications, in our JPL group.”

At the time, NASA had little use for it, but Maleki was confident there was a market.

He founded OEwaves (the OE stands for optoelectronic) in 1999 in Pasadena, California, with about 30 patents from his team’s NASA work, licensed through the California Institute of Technology, which manages JPL. “Everything we build now really draws on those two basic technologies,” he said, referring to the optoelectronic oscillator and whispering gallery mode resonator.

The company took a while to find its footing in a changing technology landscape, but its products, which include the lowest-noise semiconductor lasers available, have found new markets opening up in recent years. One is in “smart structures,” a concept that has existed for decades but is beginning to be put into practice, especially in Asia. Fiber-optic sensors embedded in buildings, bridges, railroads, and other structures can sense stress or deformation, but this requires low-noise lasers to reveal tiny variations in wavelength.

Maleki said he also expects increased demand in the cellphone and communications markets, as they move toward higher frequencies, which carry information more efficiently but require extremely high fidelity. He noted that the company’s oscillators offer significant performance advantages at reduced size, weight, and power.

And in 2014, OEwaves spun off a company called Strobe Inc. to develop lidar technology for self-driving cars. A lidar system uses reflected laser signals to build a three-dimensional map of its surroundings, which many autonomous vehicle companies regard as an enabling technology. GM subsidiary Cruise Automation purchased Strobe in 2017.

Maleki said the same technology that began at JPL allowed Strobe to develop small, efficient lidar systems that were able to rapidly change frequency – a technique called “chirping” – using only the resonator. Chirping helps to measure both the distance and speed of surrounding objects. And the whole system could be put on a photonic integrated circuit, further reducing costs.

A number of universities and companies are also purchasing the laser components to research future quantum devices for communications, computing, and other applications. Maleki noted that several major companies are working towards quantum computers that, using individual atoms and ions, could carry out computations that would take a standard computer longer than the life of the universe. Several are using OEwaves lasers.

Lasers Appear on the Radar

Back at JPL, at least one team is now using OEwaves’ technology to push the limits of radar capabilities. A team there developed a prototype for a high-frequency millimeter-wave radar that should give higher-resolution, more accurate information about water vapor in the atmosphere, improving weather models and forecasting abilities.

Eric Kittlaus, an optical engineer working on applying optics to the radar development, explained that the team needed an extremely low-noise, high-frequency microwave source, something that is difficult to achieve with conventional electronics. So the team, in collaboration with OEwaves researchers, figured out how to combine two of the company’s lasers to directly generate high-frequency microwaves suitable for the planned atmospheric radar.

“Typically, radar is radar, and laser optics is viewed as completely separate,” Kittlaus said. “Combining the two different worlds, you can do some very intriguing new things.”

He noted that the technology rests on the exceptional ability of the tiny, crystal resonators to control and trap light wavelengths for extended periods.

Having started out with just a few employees, OEwaves now has a staff of about 30, in addition to the half dozen or so who left to form Strobe. Several employees over the years have come from the JPL Quantum Sciences and Technologies group. The company now holds about 160 patents, including its early JPL licenses.

Maleki said the company expects to continue to expand with the emerging markets. “We’re getting ready to address these opportunities in the millimeter- and submillimeter-wavelength applications in communications, radar, and other sensors.”

Abstract
The optoelectronic oscillator and whispering gallery mode optical resonator, created at NASA and licensed to their inventor at OEwaves Inc. of Pasadena, California, have gained widespread popularity and enable high-performance lasers and communication devices for emerging fields. 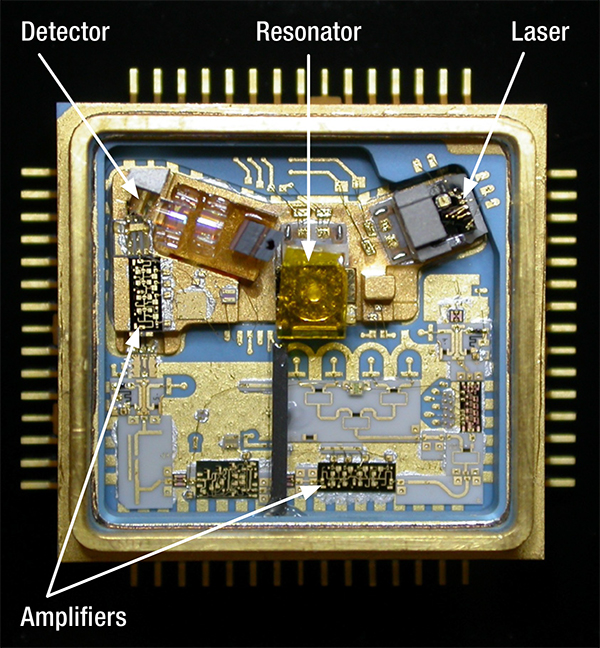