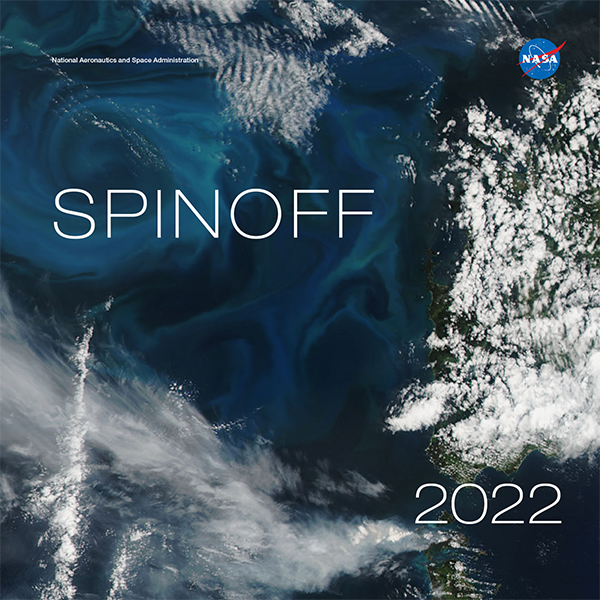 Since 1976, Spinoff has profiled technologies that benefit from NASA investment and expertise. These developments have transformed into commercial products and services that are used throughout daily life, from your cell phone camera to the memory foam in your mattress.

We feature dozens of these success stories annually online and in our print publication, demonstrating the wider benefits of America’s investment in its space program.

When Congress created NASA, it mandated the agency disseminate its innovations as widely possible. To that end, the Technology Transfer Program was created in 1964, and it has functioned under various names ever since, making it NASA’s longest continuously operated mission.

Early publications about NASA inventions, made available to the scientific and engineering communities, resulted in feedback indicating a broad interest in the private sector in adapting NASA technology for commercial uses. As spinoff products began to emerge, NASA began preparing annual reports on these successes to present at congressional budget hearings. These black-and-white Technology Utilization Program Reports, published in 1973 and ‘74, generated so much public interest that NASA decided to turn them into an attractive publication for a general audience.

The first four-color edition of Spinoff was published shortly after, and it has been released every year since. Today we publish our stories year-round online. All together, since our first edition, we’ve shared the stories of more 2,000 products and services that began as, or have benefited from, NASA technology.

In addition to the general public, we send copies of Spinoff to politicians, representatives at the United Nations, economic decision makers, company CEOs, academics, scientists, engineers, professionals in technology transfer, the news media, and many others. (To request a copy of the latest issue, send us your address here.)