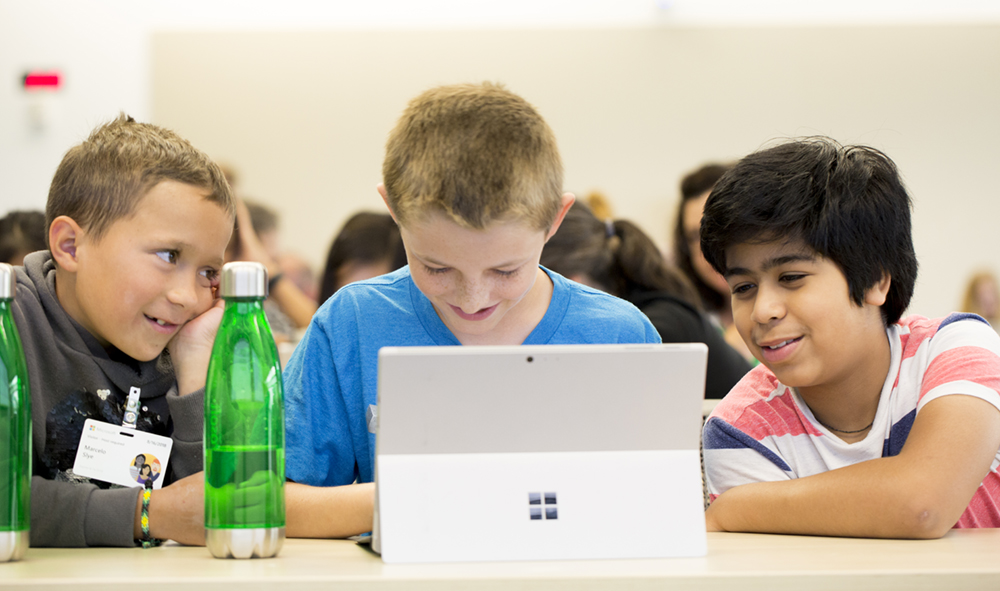 Ever since the Apollo program landed on the Moon in the 1960s, NASA has been one of the eminent inspirations for future scientists, and one field of science has seen tremendous growth since then: computer science. This specialty has become one of the most in-demand career fields in the United States, with the Bureau of Labor Statistics projecting another 15% growth in jobs by the year 2029. With help from NASA, one tech company was able to use NASA data to keep inspiring future computer scientists.

Microsoft Corp. of Redmond, Washington, is one of the largest technology companies in the world. Its software is installed on more than 1.5 billion devices, but those devices don’t mean anything if no one knows how they work. The Microsoft Learn website began in 2018 as an internet database dedicated to providing documentation for its products and administering the many professional certifications Microsoft provides. In 2020, the company launched an initiative to teach skills needed for these “jobs of tomorrow.”

When the company began searching for ways to make inroads with students who were exploring their future career options, the company wanted a way to get them excited about interesting real-world applications of computer science, such as space exploration. This search brought it to NASA.

“Our goal was to cultivate learning by connecting content to something interesting, relevant, and most importantly, inspiring for learners of all ages – whether they are 8, 18, or 80,” said Margaret Price, principal strategist at Microsoft. “The topic of space continues to be interesting and inspiring for many early and lifelong learners.”

Microsoft reached out to NASA to request help in teaching computer coding by leveraging students’ interest in the space program. Under a Space Act Agreement, the Office of Science, Technology, Engineering, and Math (STEM) Engagement at NASA Headquarters in Washington, D.C., provided imagery of items like Moon rocks, as well as sets of data analogous to those used by NASA scientists, such as measurements of mass and size of lunar samples.

“We all agreed we wanted to teach skills related to data science,” said Rob LaSalvia, partnership manager in NASA’s Office of STEM Engagement. “And we talked about high-profile missions that might connect with the public, such as Artemis.”

The new Microsoft Learn modules are based around the Python programming language, with names like “Plan a Moon mission by using Python pandas.” Price said the reason they chose Python is because not only is it one of the easiest computer languages to learn, but it’s also in wide use among researchers to write programs ranging from data science to artificial intelligence tasks.

“We hope that students use this as a springboard for deeper engagement, both with NASA and with aerospace-related content,” LaSalvia said. “We think this project serves as a fantastic introduction to the amazing work that happens in the agency, and we hope students extend that opportunity.”

Abstract
To create programming teaching materials, Microsoft Corp. of Redmond, Washington collaborated with the Office of STEM Engagement at NASA Headquarters under a Space Act Agreement. By using NASA data and imagery to help create educational modules for their Microsoft Learn webpage, hundreds of thousands of students have learned to program with inspiration from NASA missions. 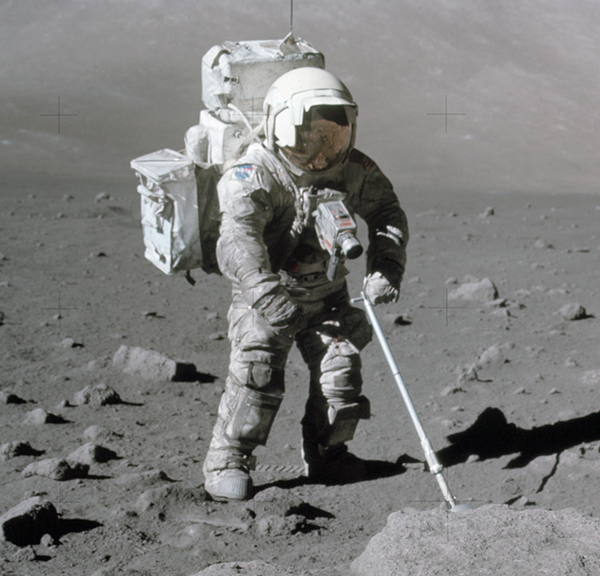 During the Apollo program, hundreds of samples were taken of the lunar surface.Today these rocks are an educational tool, not only to learn about the Moon, but also as a dataset in teaching programming to students. Credit: NASA 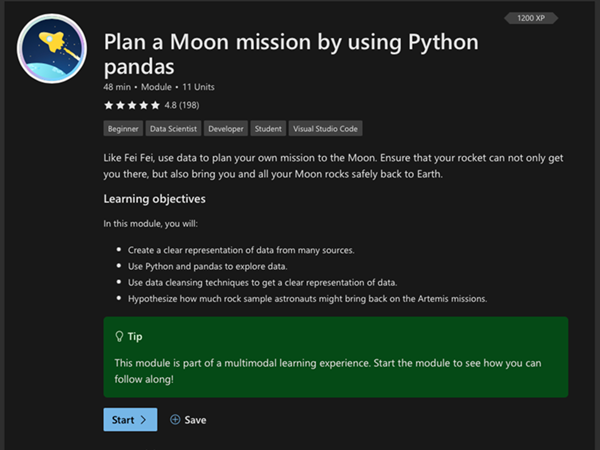 In this screenshot of Microsoft Learn, an overview of the “Plan a Moon mission by using Python pandas” references how students will use NASA data to learn how to categorize Moon samples. Credit: Microsoft Corp.