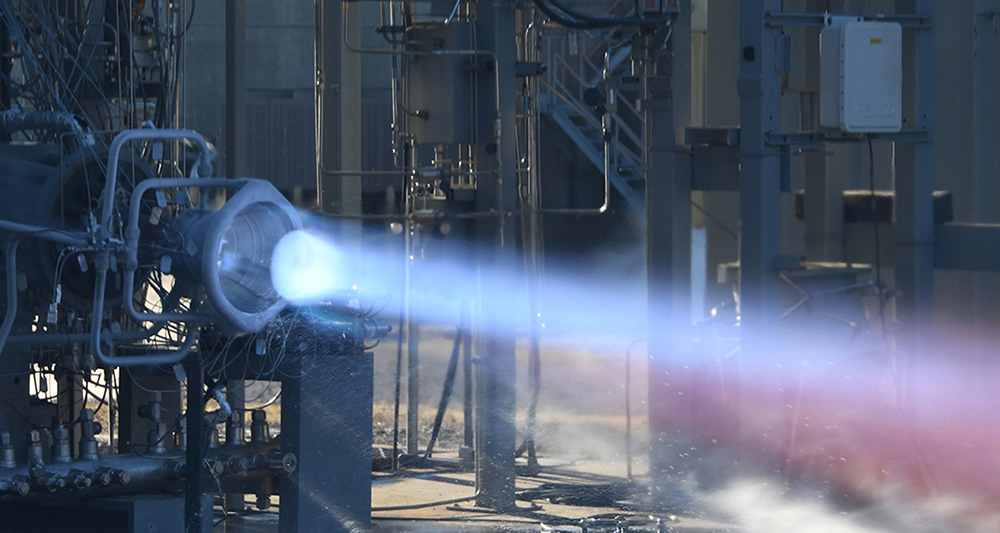 Some Engineering Is Only Skin Deep
Subheadline
Ability to finish surfaces of 3D-printed superalloys improves performance for engines, industry

Recent advances in 3D printing with metals are making it an increasingly attractive option, often offering both cost savings and higher-performing components. The resulting parts, however, have one major drawback that threatens to offset the advantages of metal 3D printing, or additive manufacturing: they have much rougher surfaces than those produced by traditional methods. This can dramatically reduce performance and durability in many applications.

Smoothing these surfaces, especially on strong, high-performance metals, is its own challenge, and it’s one NASA has undertaken in hopes of both improving rocket engines and making 3D printing viable across more industries.

Paul Gradl has led several additive manufacturing projects at NASA’s Marshall Space Flight Center in Huntsville, Alabama, including efforts to use the technology to build rocket engines. “Additive manufacturing allows us to fabricate parts much quicker, and we see cost savings because of that,” he said, adding that 3D printing could reduce engine weight and allow for part reduction, eliminating joints.

Components like combustion chambers, injectors, and nozzles traditionally required multiple parts to be manufactured and then joined or fastened together. Instead, they can be printed as entire units, reducing the number parts and, therefore, the number of seams that can become points of failure. But rough surfaces threaten to reduce fatigue life, speed up corrosion, and cause turbulence in fluid flows, said Gradl.

So he contacted REM Surface Engineering of Southington, Connecticut. Founded by CEO Justin Michaud’s grandfather as a decorative plating supply company in the 1960s, REM had since developed a combination of chemical and chemical-mechanical techniques for metal surface finishing.

The company had already successfully finished surfaces of 3D-printed metal parts but did not have viable processes for some metals NASA was interested in, including certain “superalloys.” Under two Small Business Innovation Research (SBIR) contracts from Marshall in 2018 and ’19, REM developed the ability to surface-finish parts printed from Inconel 625 and 718, popular nickel-based superalloys of interest to the agency and industry. The funding also helped the company develop surface finishing for JBK-75, an iron-nickel-based alloy, and NASA HR-1, a derivative of JBK-75 that’s resistant to the high-pressure environment of hydrogen engines.

Gradl said starting with Inconel would both meet NASA’s immediate needs and provide a commercial market for the company’s work. The ability to process JBK-75 and NASA HR-1, meanwhile, would help the agency advance its Rapid Analysis and Manufacturing Propulsion Technology project, which aims to improve rocket thrust chambers while bringing down their cost, in part through 3D printing with composite materials.

REM’s work with superalloys has drawn interest from commercial space companies, the auto racing industry, and producers of turbomachinery such as gas turbines and jet engines. Additional possible markets include radio frequency waveguides and even a potential nuclear fusion reactor, Michaud said.

He noted that the work is also helping NASA quantify the performance of various 3D printing materials, components, and techniques, which will help other companies enter the business. “NASA is taking away the barriers to entry and opening up space for more success across the industry,” Michaud said. 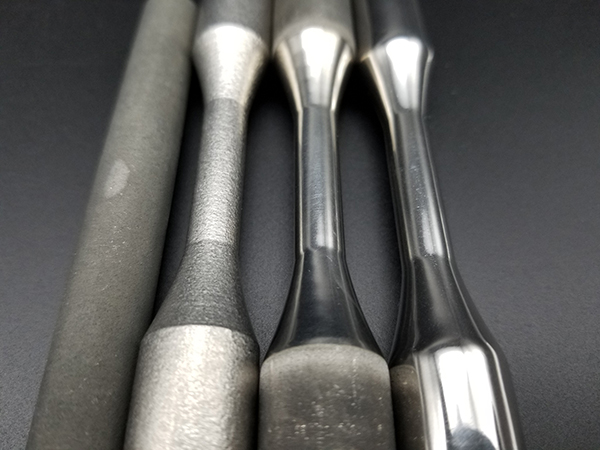 Building rocket parts using 3D printing is less expensive than traditional manufacturing methods and can facilitate complex shapes without joints. But the technique leaves rough surfaces (left) that could cause turbulence, corrosion, and accelerated wear if not perfectly polished (right). Credit: NASA 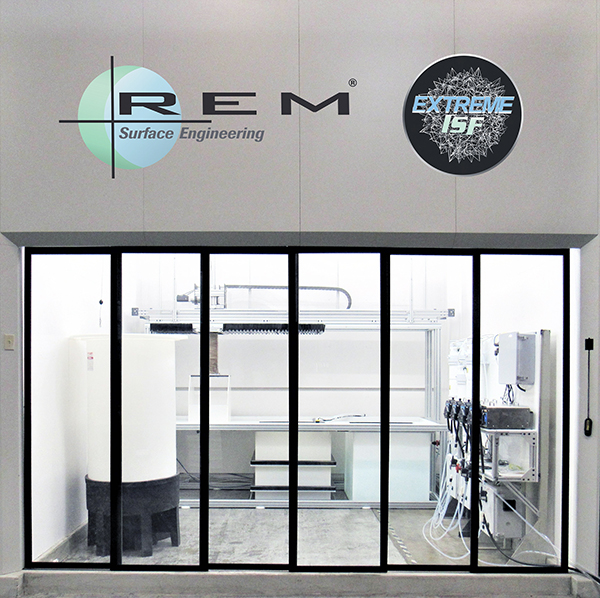 REM Surface Engineering already had experience finishing 3D-printed surfaces but had never worked with certain high-performance superalloys NASA needed for rocket engines. With the help of two SBIR contracts, the company designed and constructed this large-scale chemical polishing cell, where it polished NASA’s superalloy nozzles. Today the company is ready to use the equipment for commercial clients. Credit: REM Surface Engineering

In this hot fire test at Marshall Space Flight Center, a nozzle printed from a NASA-developed superalloy metal is used inside the combustion chamber. The nozzle’s surface was polished by Southington, Connecticut-based REM Surface Engineering, with a process and tools developed under SBIR funding from Marshall. Credit: NASA