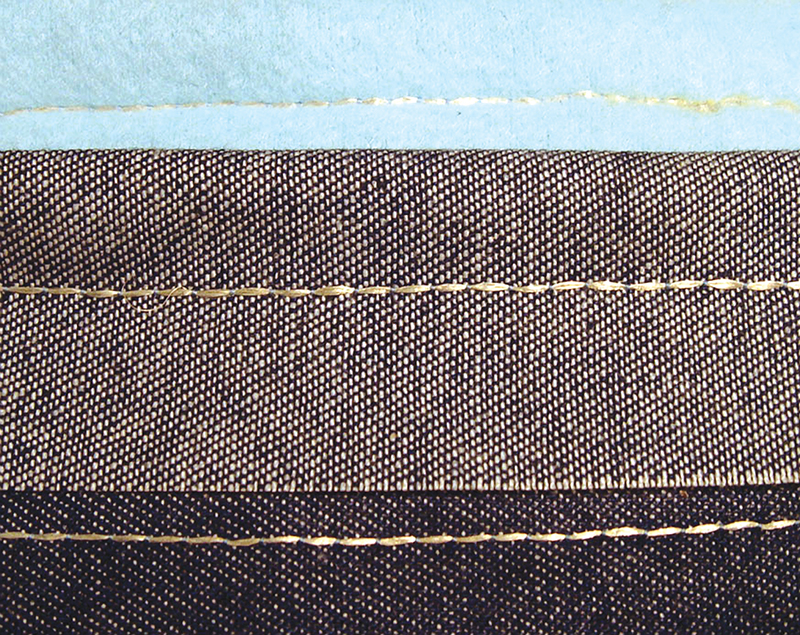 Copper is the most widely used electrical conductor. Like most metals, though, it has several drawbacks: it is heavy, expensive, and can break. Fibers that conduct electricity could be the solutions to these problems, and they are of great interest to NASA.

Conductive fibers provide lightweight alternatives to heavy copper wiring in a variety of settings, including aerospace, where weight is always a chief concern. This is an area where NASA is always seeking improved materials.

The fibers are also more cost-effective than metals. Expenditure is another area where NASA is always looking to make improvements.

In the case of electronics that are confined to small spaces and subject to severe stress, copper is prone to breaking and losing connection over time. Flexible conductive fibers eliminate that problem. They are more supple and stronger than brittle copper and, thus, find good use in these and similar situations.

While clearly a much-needed material, electrically conductive fibers are not readily available. The cost of new technology development, with all the pitfalls of troubleshooting production and the years of testing, and without the guarantee of an immediate market, is often too much of a financial hazard for companies to risk.

NASA, however, saw the need for electrical fibers in its many projects and sought out a high-tech textile company that was already experimenting in this field, Syscom Technology, Inc., of Columbus, Ohio. Syscom was founded in 1993 to provide computer software engineering services and basic materials research in the areas of high-performance polymer fibers and films. In 1999, Syscom decided to focus its business and technical efforts on development of high-strength, high-performance, and electrically conductive polymer fibers. The company developed AmberStrand, an electrically conductive, low-weight, strong-yet-flexible hybrid metal-polymer yarn. The company, however, had not yet developed methods for mass production of its product. Several design features, as well, needed collaborative improvements from NASA engineers.

Recognizing the need for this technology, NASA encouraged the development and advancement of this advanced fiber for its use in future missions, while also pushing Syscom into the commercial marketplace with advanced manufacturing abilities. The U.S. Air Force Research Laboratory and the University of Dayton also contributed expertise and funding to this revolutionary endeavor.

Today, the hybrid metal-polymer wire is replacing signal wiring in several NASA applications, as well as being considered for use as space tethers, space antennas, for electromagnetic interference (EMI) shielding, and for a plethora of applications where lightweight wiring is essential. Meanwhile, Syscom is experiencing unprecedented growth and finding countless applications for its product.

Syscom teamed with the Space Agency through a Small Business Innovation Research (SBIR) contract that was geared toward developing the ability to manufacture AmberStrand on a large scale. After a successful Phase I of the research grant, in which the company proved the validity of the project, NASA awarded a second grant, a lucrative Phase II award that allowed Syscom to pursue large-scale manufacturing by building a machine to mass-produce the wire. The company is now capable of producing up to 8.5 million feet of product per year, with one 8-hour shift per day.

Syscom attended an invitation-only conference for NASA SBIR recipients in San Diego, where the company was introduced to dozens of potential users from the military, aerospace, and other high-tech fields. This conference increased the exposure of AmberStrand and gave Syscom the credibility with the key investors that it needed to make use of its new, large-scale manufacturing abilities.

To create AmberStrand, Syscom covers a high-performance polymer fiber with a metallized coating, producing strong-but-flexible strands. The strands are then wrapped together to form strong, lightweight wiring. According to Syscom, the polymer fibers from which AmberStrand is woven are actually twice as strong as KEVLAR. While somewhat less conductive than copper, the final product is still more than capable of carrying virtually any current it would be called upon to handle.

It is ideal for lightweight EMI shielding, space and aerospace wiring, and other applications requiring high-strength, low-weight, and superior conductivity.

Syscom offers AmberStrand as a series of yarn fibers that are readily available in inventory, but also manufactures custom fibers to meet specific criteria. It comes in a variety of metal coatings, conductive coating thicknesses, and in any number of base filaments and strands. It passes a series of necessary tests for strength, resistance, fluid immersion, flammability, smoke tolerance, and toxicity with high rankings.

Current customers include NASA, the U.S. Air Force, and the aerospace industry, since this advance in wiring technology reduces the maintenance cost of commercial and military aircraft, as well as spacecraft.

Syscom is spinning AmberStrand in anticipation of dozens more terrestrial uses for the fibers. These applications are becoming more apparent everyday, with items like heated clothing, wiring for airbag sensors, and electronic textiles (electrotextiles) for military and civilian uses coming into sharp demand.

The electrotextile applications, previously not feasible with standard textiles because of limitations in their ability to conduct current, are now becoming practical. Although the electrotextile industry is still in its infancy, it is almost certain that, in the near future, fabrics will not only protect the wearer from the environment, but will also have intelligent built-in features, such as multifunctional sensors or computing devices. In contrast to rigid electronic components, the electrotextile will be truly flexible, soft, and comfortable to wear and touch.

Electrotextiles will allow wearers a variety of functions, ranging from listening to MP3s to controlling temperature. Like so many electronic entertainment trends, when this catches on, it has the potential to change the electronics industry and make electrotextiles and electronically conductive fibers commonplace, which would create further demand and likely drive down manufacturing costs even further. It may, therefore, likely be common in the near future to see people wearing clothes that are wired with electronic devices like cell phones, PDAs, gaming devices, and music players.

These devices are already being woven into innovative, but experimental, medical apparel—whole jackets or vests that patients wear to transmit vital signs to health care personnel. For military and law enforcement applications, uniforms and body armor can be equipped with built-in sensors and computing devices. The woven textiles allow these technologies to be readily available, but there would not be a sacrifice in flexibility or comfort.

The NASA partnership with Syscom is one of the first steps in bringing these products to market. Previously, lightweight, flexible electrotextiles were not a viable option for manufacturing and building, because they were not available in large quantities. This partnership allows Syscom to offer this technology at reduced cost and at greater quantity, which will spearhead the movement to making this much anticipated technology more accessible.

KEVLAR® is a registered trademark of E. I. du Pont de Nemours and Company. 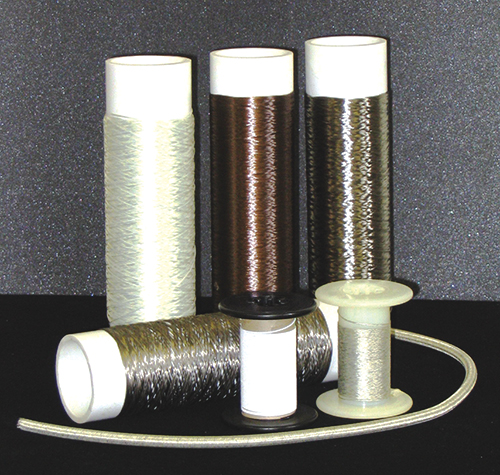 High production volumes and greater product diversity, combined with significantly lower product pricing, will remove most of the entry barriers to the electronic textiles market.