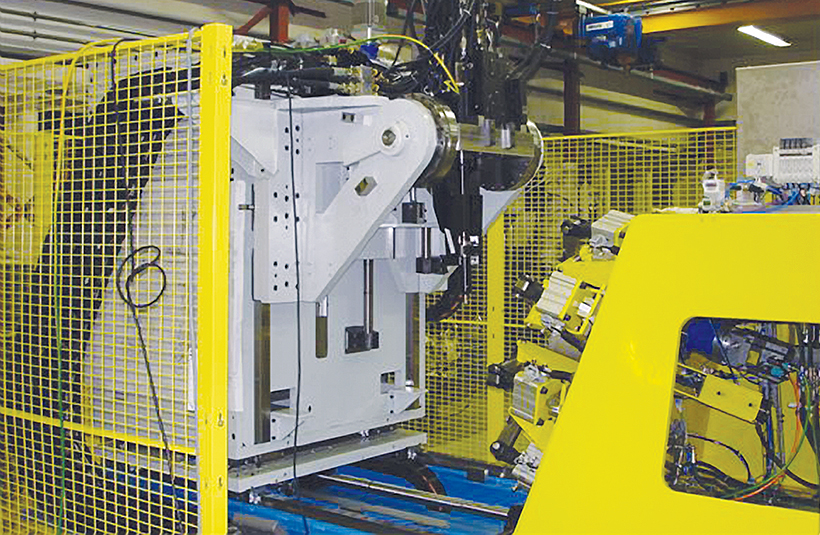 The Welding Institute (TWI), a nonprofit professional organization based out of the United Kingdom and devoted to the industry of joining materials, engineering, and allied technologies, developed a novel form of welding in the 1990s. Friction stir welding (FSW), the name under which it was patented, has been widely recognized as providing greatly improved weld properties over conventional fusion welds, and has been applied to manufacturing industries, including aircraft, marine, shipbuilding, including building decks for car ferries, trucking, railroading, large tank structure assembly, fuel tanks, radioactive waste container manufacturing, automotive hybrid aluminum, and the aerospace industry, where it is used to weld the aluminum external tank of the space shuttle.

FSW is a solid-state joining process—a combination of extruding and forging—ideal for use when the original metal characteristics must remain as unchanged as possible. During the FSW process, the pin of a cylindrical shouldered tool is slowly plunged into the joint between the two materials to be welded. The pin is then rotated at high speed, creating friction between the wear-resistant welding tool and the work piece. The resulting friction creates a plasticized shaft of material around the pin. As the pin moves forward in the joint, it “stirs,” or crushes, the plasticized material, creating a forged bond, or weld.

Although the FSW process is more reliable and maintains higher material properties than conventional welding methods, two major drawbacks with the initial design impacted the efficacy of the process: the requirement for different-length pin tools when welding materials of varying thickness, and the reliance on a pin tool that left an exit, or “keyhole,” at the end of the weld. The latter was a reliability concern, particularly when welding cylindrical items such as drums, pipes, and storage tanks, where the keyhole left by the retracted pin created a weakness in the weld and required an additional step to fill.

While exploring methods to improve the use of FSW in manufacturing, engineers at Marshall Space Flight Center (a licensee of TWI’s technology) created new pin tool technologies, including an automatic retractable pin tool, to address the method’s shortcomings. The tool uses a computer-controlled motor to automatically retract the pin into the shoulder of the tool at the end of the weld, preventing keyholes. The new technology addressed the limitations, and Marshall’s innovative retractable pin tool has since contributed to customized FSW that has been proven to provide routinely reliable welds.

The NASA engineers patented their developments and sought commercial licensees for their new innovations. MTS Systems Corporation, of Eden Prairie, Minnesota, discovered the NASA-developed technology and then signed a co-exclusive license agreement to commercialize Marshall’s auto-adjustable pin tool for a FSW patent in 2001. MTS is actively developing the FSW process, as well as new technologies to improve existing applications and to develop new ones. In addition, MTS has introduced the NASA technology to a wide variety of clients, in a wider variety of industries.

MTS worked with the NASA technology and developed a flexible system that enables advanced FSW applications for high-strength structural alloys. The product also offers the added bonuses of being cost-competitive, efficient, and, most importantly, versatile. Customers include automotive, aerospace, and other industries.

The FSW system available from MTS offers users many advantages over conventional welding, including the ability to work with diverse materials; a wide range of alloys, including previously unweldable aluminums and high-temperature materials, while minimizing material distortion. This flexibility makes it adaptable to virtually any application.

The MTS system provides durable joints, with two to three times the fatigue resistance of traditional joining technologies like fusion welding or riveting, and has no keyholes. Since the pin is retracted automatically at the end of the welding process, and the hole is sealed, the technique produces consistent bonds.

MTS has supplied a FSW production system to an aluminum rim manufacturer in Norway. The Volvo XC 90 SUV rim will be manufactured using a cast aluminum face with a spun formed aluminum sheet (hybrid rim). The two pieces are friction stir welded by internal and external weld joints. Jim Freeman, MTS welding engineer, commented that “the customer was using an addition procedure to eliminate the keyhole; by introducing the retractable pin tool technology the cycle time was reduced by 70 percent.”

FSW also lends itself to versatile welds, operating in all positions and able to create both straight welds and those requiring complex shapes. It even works with tapered-thickness weld joints, where the pin is able to maintain full penetration.

This technique, which does not require any consumables, is also advantageous, in that it does not create any environmental detriment, such as sparking, noise, or fumes. In addition, MTS’s FSW process is also safer than conventional welding, since it does not create hazards such as toxic welding fumes, radiation, high voltage, liquid metal spatter, or arcing.

MTS is currently engaged in several research projects to expand the usefulness of FSW. While the company does not normally engage in research initiatives, these specific projects will assist customers in developing uses for the FSW technique.

In another research initiative to advance the uses of FSW in industrial applications, MTS, along with several other recognized industrial leaders (e.g., NASA, Boeing, Lockheed Martin, Spirit Aerosystems, General Motors) is a cooperative partner at the Center for Friction Stir Processing (CFSP). This is a multi-institutional National Science Foundation Industry/University Cooperative Research Center founded in August 2004. Methods like the retractable pin tool are a critical part of the CFSP technology development roadmap.

Having licensed the NASA technology and undertaken several initiatives to improve the commercial FSW technique, MTS is now in a unique position to contribute back to the Space Program, as its product has been selected by Marshall for use in welding upper-stage cryogenic hardware for the Constellation Program’s Ares rockets.

Abstract
Friction Stir Welding (FSW) is a solid-state joining process-a combination of extruding and forging-ideal for use when the original metal characteristics must remain as unchanged as possible. While exploring methods to improve the use of FSW in manufacturing, engineers at Marshall Space Flight Center created technologies to address the method's shortcomings. MTS Systems Corporation, of Eden Prairie, Minnesota, discovered the NASA-developed technology and then signed a co-exclusive license agreement to commercialize Marshall's design for use in high-strength structural alloys. The resulting process offers the added bonuses of being cost-competitive, efficient, and most importantly, versatile. 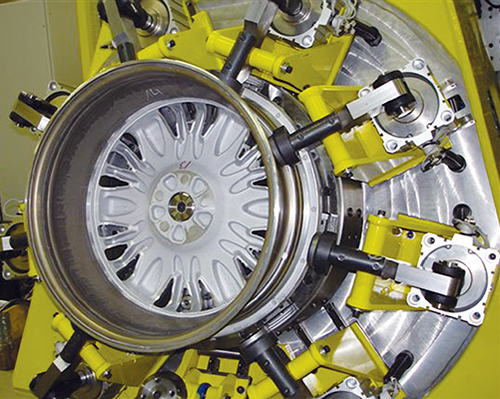 Since its invention, friction stir welding has received worldwide attention, and today, many companies around the world are using the technology in production, particularly for joining aluminum alloys. 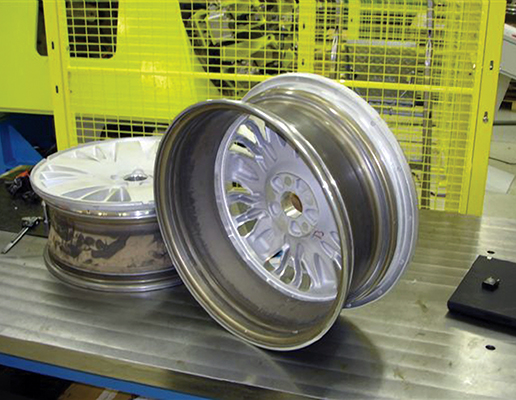 The friction stir welding process is currently being used by several automotive companies and suppliers, including the manufacturing of wheel rims.