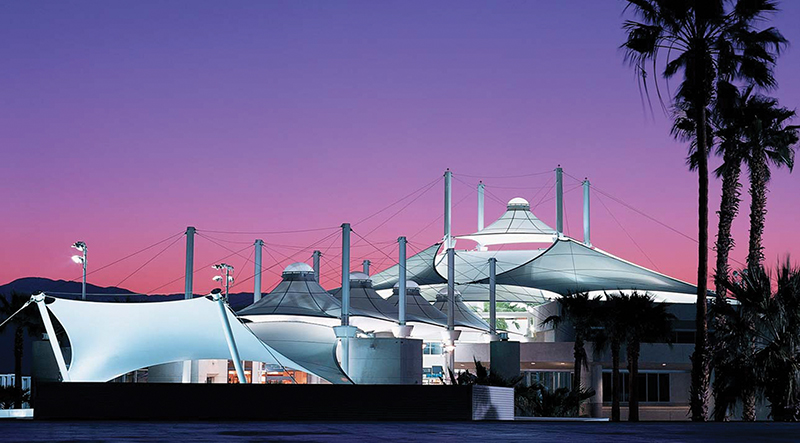 On a Friday night in March 2008, fans at a college basketball game at Atlanta’s Georgia Dome noticed the stadium’s scoreboard begin to sway. Outside, winds howled through the city. Unknown to those in the stadium, a tornado was ripping through downtown. The safety of the more than 18,000 people would depend in large part on the integrity of the stadium’s domed roof—built using a material originally developed to protect NASA astronauts.

Over 40 years earlier, NASA’s effort to achieve the first manned Moon landing nearly derailed when a fire broke out on the Apollo 1 command module during a test exercise, resulting in the destruction of the module and the deaths of the three astronauts onboard. In the wake of the tragedy, NASA engineers redesigned the Apollo module and searched for ways to enhance the safety performance of the nylon space suits. The suits required an outer layer component that would be durable, strong, lightweight, flexible, and noncombustible. Owens-Corning Fiberglass, of Toledo, Ohio—working with DuPont, of Wilmington, Delaware—proposed a fabric known as “Beta cloth.” The primary component of this fabric was ultrafine glass filaments, which were twisted into yarns and then woven into the fabric. The manufacturers then coated it with polytetrafluoroethylene (PTFE, more commonly known as Teflon), a DuPont invention. The fabric proved noncombustible (with a melting point over 650 °F) and durable enough for NASA’s needs. The Agency incorporated the PTFE fiberglass fabric into the outer protective layers of the Integrated Thermal Micrometeoroid Garment (ITMG) of the A7L space suit worn for the Apollo missions and Skylab program. The PTFE fiberglass fabric layer provided both thermal protection as well as shielding from abrasive lunar dust during Moon landings.

While the current NASA space suit used on the space shuttle and International Space Station employs Ortho-Fabric (a blend of GORE-TEX, Kevlar, and Nomex—all private industry inventions) in its ITMG instead of the PTFE fiberglass fabric, that original innovation has gone on to become a unique component of an unrelated, terrestrial field: architecture.

Birdair’s work developing the air-supported, vinyl-coated fiberglass fabric roof (the first of its kind) of the U.S. Pavilion at Expo 1970 in Osaka, Japan, led the company to explore improved fiberglass fabric options for architectural use. The company collaborated with Owens-Corning, DuPont, and Chemical Fabrics Corporation (Chemfab), of Merrimack, New Hampshire on a modified, stronger version of the PTFE glass fiber fabric developed for NASA. The resulting fabric (later called Sheerfill Architectural Membrane, manufactured by Chemfab), expanded the market for Birdair in the field of lightweight, tensile membrane roof structures for roofs, skylights, and canopies.

“When there are so many architectural materials out there, fabric is not something architects usually think of offhand,” says William Barden, Birdair’s director of architectural development. “Walter Bird’s pioneering role in the tensile structure industry was to take a technology that was perceived by people as ‘pie in the sky’ and create a market for it.”

In 1973, Birdair engineered, fabricated, and installed the world’s first permanent tensile membrane roof system utilizing PTFE fiberglass membrane for the Sports Science and Athletics Pavilion at the University of La Verne in La Verne, California. Thirty-six years later, that original structure remains in excellent condition. Birdair, now a specialty contractor based in Amherst, New York, has grown into a multimillion-dollar company with nearly 900 landmark tensile structures to its name, most of which employ the original PTFE fiberglass fabric developed for NASA. Major transportation hubs, sports facilities, and convention centers are among the buildings around the world that feature Birdair’s signature PTFE fiberglass membrane roofing. These include Denver International Airport’s Jeppesen Terminal; the 105-acre Hajj Terminal in Saudi Arabia; Reliant Stadium in Houston (the first retractable roof in the NFL); the O2/Millennium Dome in London, England (22 acres of fabric roof); the Sony Center in Berlin, Germany; and many others. Barden estimates the company has fabricated and installed over 30 million square feet of the PTFE fiberglass membrane in its various projects.

The same qualities that made the PTFE fiberglass fabric appealing to NASA also make it ideal for large-scale, permanent tensile membrane roofs. The material

is pound-for-pound stronger than steel while weighing less than 5 ounces per square foot. It offers up to 24 percent solar translucency while providing as much as 75 percent solar reflectance, meaning the fabric lets in natural light while keeping out heat, making it an energy-efficient roofing alternative. It is also cost-effective due to its durability and low maintenance characteristics. Barden estimates a properly maintained Birdair roof could provide 30–35 years or more of useful service life, as opposed to the 20–25 years offered by conventional roofing materials like asphalt shingles or single-ply rubber. As a non- flammable fabric, the PTFE fiberglass material is safer than many roofing options, as well, and allows for the creation of swooping, eye-catching architectural forms.

Birdair’s PTFE fiberglass membrane, still manufactured for Birdair by Chemfab (now called Saint-Gobain Performance Plastics), entered the Space Foundation’s Space Technology Hall of Fame in 1989. The material’s capabilities—and possibilities—have yet to be exhausted, however. In 2008, Sheerfill Architectural Membrane was approved by the U.S. Environmental Protection Agency as an ENERGY STAR qualified roof product and recognized by the Cool Roof Rating Council, based on the fabric’s high solar reflectance and thermal emittance. Birdair also introduced its Tensotherm insulated fabric roofing product, which allows natural light to pass through while providing enhanced thermal resistance and acoustical qualities.

The company continues to work on new structures—including three out of the four primary stadiums for the 2010 World Cup in South Africa and the new Dallas Cowboys Stadium—while celebrating the enduring quality of its existing creations. Among those is the Georgia Dome, which came out of the March 2008 Atlanta tornado with only slight damage to its roof and not a single injury to its occupants, though winds ranged up to 135 miles per hour and caused significant destruction in the city. The stadium roof’s PTFE fiberglass membrane, the same material that once protected astronauts in the harsh environs of the Moon, required only minor repairs.

Teflon®, Kevlar®, and Nomex® are registered trademarks of E. I. du Pont de Nemours and Company.

GORE-TEX® is a registered trademark of W. L. Gore & Associates.

ENERGY STAR® is a registered mark owned by the U.S. Government.

Abstract
Using a remarkable fabric originally developed to protect Apollo astronauts, Birdair Inc., of Amherst, New York, has crafted highly durable, safe, environmentally friendly, and architecturally stunning tensile membrane roofs for over 900 landmark structures around the world. Travelers in airports, sports fans at stadiums, and shoppers in malls have all experienced the benefits of the Teflon-coated fiberglass fabric that has enabled Birdair to grow from a small company established in its founder's kitchen in 1955 to a multimillion-dollar specialty contractor today. 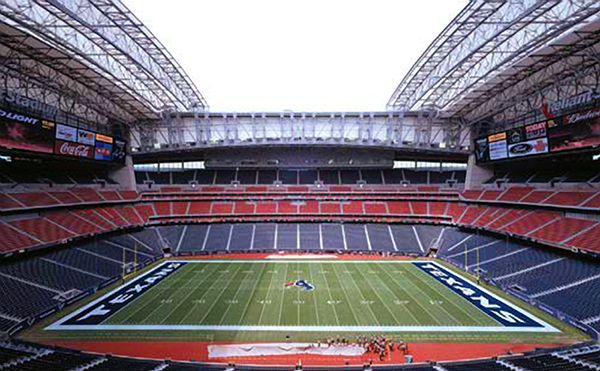 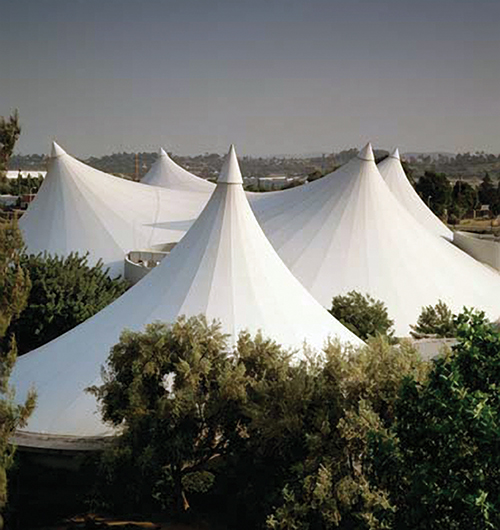 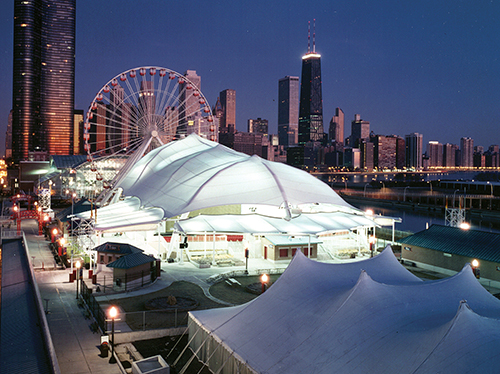