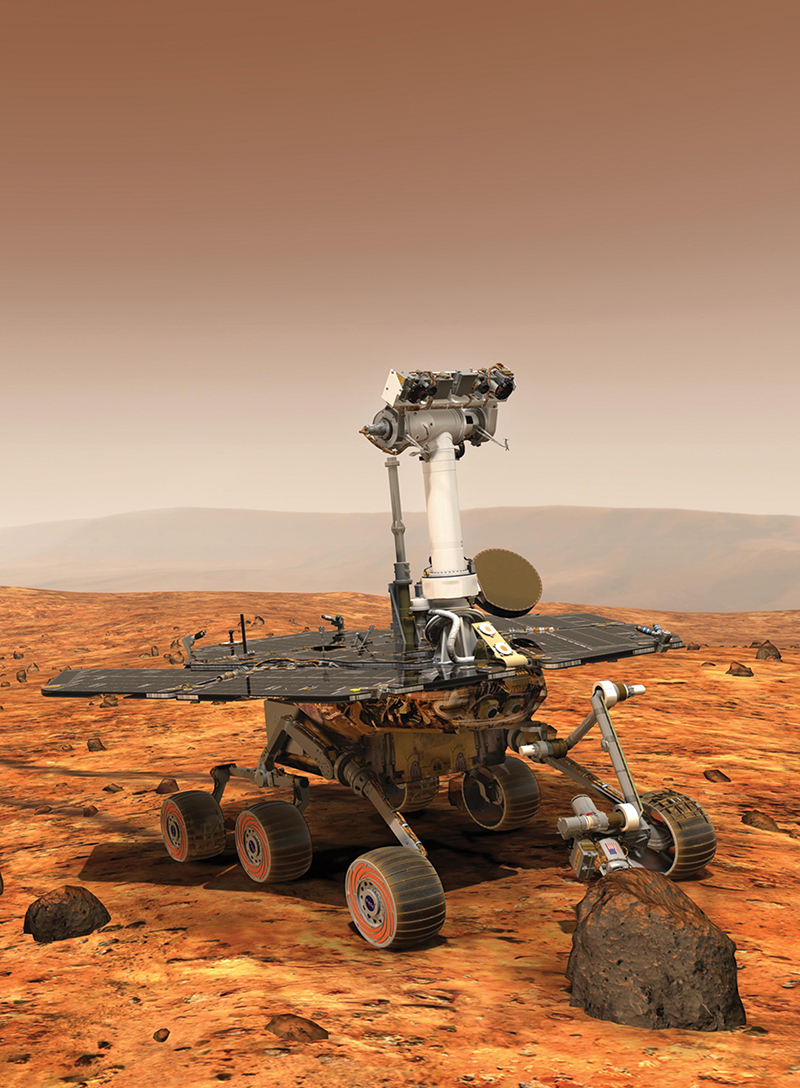 Anyone who has ever experienced an unpleasant jolt from a doorknob after shuffling across the carpet on a dry morning knows that static electricity—also known as triboelectric charging—can be a nuisance. However, many computer enthusiasts are too familiar with how built-up triboelectricity can actually cause major problems when building acomputer; a simple spark from a finger can damage sensitive components and render them unusable. Under certain conditions, built-up triboelectricity discharges in these seemingly minor jolts, called electrostatic discharge (ESD), which can also cause major problems for NASA, as well as the computer industry. ESD can create sparks that ignite fuel in launch operations, and ESD can also damage delicate electronics and avionics, for operations on Earth as well as on space missions.

This concern over static electricity damaging mission-critical components led scientists to add grounding wires to the base of antennas for Spirit and Opportunity, which continuously discharge up to a few hundred volts, accumulated as they make their way across the dry surface of Mars. Without some sort of grounding or protection, the Mars rovers might have been incapacitated by a single electric shock.

Kennedy Space Center’s Electrostatics and Surface Physics Labo­ratory scientist, Dr. Carlos Calle, proposed developing static sensors for future missions, in which larger vehicles would be at greater risk from accumulating more dangerous levels of triboelectricity. These static sensors would not just be useful on other planets for roving robots, however; they could also help protect sensitive components here on Earth.

In addition to causing problems for personal computers, ESD can also cause problems in the manufacture of hard disk drives, semiconductors, flat panel displays, and avionics. These problems include electrostatic attraction drawing contaminants onto the product, the ESD itself causing defects, and electromagnetic interference causing consequent malfunction in the products and production equipment.

In 2004, San Diego’s QUASAR Federal Systems Inc.(QFS) completed Phase I of a Small Business Inno­vation Research (SBIR) contract for Kennedy’s Electrostatics and Surface Physics Labo­ratory, after Calle provided NASA’s requirements for a wearable electrostatic sensor. QFS focuses on electromagnetic sensor products for relatively low frequencies, from near-DC through the megahertz range. Led by the company’s vice-president of research and development, Dr. Yongming Zhang, QFS completed a prototype of an electrostatic hazard detection sensor in Phase II of the contract in 2006. The company now calls the product its Remote Voltage Sensor (RVS).

QFS formed a partnership with Novx Corporation, which was then acquired by MKS Instruments Inc. (MKS). A creator of ionization and monitoring products for many electronics and industrial markets, MKS now distributes the QFS RVS sensor as part of its ION Systems product line.

The RVS is a dime-sized electrometer designed to measure triboelectric changes in the environment. Eric Duff, vice president of business development at QFS, explains how the sensor works: “The RVS is an extremely sensitive measure of the electric potential in free space,” he says. “Any voltage on anything in front of the sensor will shift that potential. It’s essentially a sensor that is sensitive to any voltage changes in the environment.” The sensor only responds to stationary objects acquiring a charge from various sources, or to time-varying fields, which are caused by charged objects moving into the sensor’s range. The sensor does not respond to static DC fields, but will sense potential changes down to 0.2 Hz, so equipment that is operating normally near the RVS will not trigger it.

One of the unique qualities of the RVS is that, because of its sensitivity, it can detect static at greater distances than previous devices. According to Zhang, earlier sensors had to be within 2.5 centimeters of the subject in order to detect potential ESD, but the RVS can now measure voltage changes from a few centimeters to a few meters away, due to its much-improved sensitivity.

This “work station protection,” as Duff calls it, monitors electrostatic fields in real time, and is rugged, low power, and low cost. Because the RVS does not have moving parts, it cannot be a source of ESD itself, which was a major problem with prior devices. Additional features include fast response time, reduction of DC drift issues, variable voltage range settings, and ultra-low circuit noise, which makes the sensor up to 1,000 times more sensitive than traditional electric field mills (devices which measure the strength of electric fields).

Because of its small size, this sensor can be worn on clothing to monitor the triboelectric energy a worker accumulates, or can be affixed to laboratory entrances or specific equipment to monitor voltage changes near sensitive instruments. The sensor’s very small footprint also allows it to be easily integrated into existing equipment and applications.

MKS Instruments markets the RVS as part of its Novx Series 7000 Monitoring System for single-sensor uses, and offers the Novx Series 3370 for applications requiring multiple sensors. These systems take data transmitted by the sensor and allow the customer to set the instrument sensitivity “filtering,” thus tailoring the instrument’s output to specific need.

QFS, which has a patent pending for the sensor, is finding success in sensitive-manufacturing facilities, including those that produce semiconductor wafers and flat-panel displays. For semiconductor applications, the RVS offers 300-millimeter wafer diagnostics, continuous wafer charge monitoring, pre-cursor identification for electrostatic chuck failures, and external monitoring of vacuum chamber wafer charges. By allowing manufacturers to avoid static-related product defects, the RVS contributes to the overall productivity of the electronics industry, which also includes medical device manufacturing and aerospace electronics manufacturing.

Duff says the company looks forward to infusing its commercialized technology back into NASA, but in the meantime, the company is selling the RVS and developing related sensors for a variety of customers. Although sales of the RVS have been limited in 2009, the company believes there will be more demand as the market recovers from the economic slowdown and market production increases, particularly in the semiconductor industry. Meanwhile, the company continues to pursue SBIRs with several government agencies, and found working with NASA, according to Duff, a productive collaboration QFS would like to re-experience.

ION Systems® is a registered trademark of MKS Instruments Inc.

Abstract
A tiny sensor, small enough to be worn on clothing, now monitors voltage changes near sensitive instruments after being created to alert Space Agency workers to dangerous static buildup near fuel operations and avionics. San Diego's Quasar Federal Systems received an SBIR contract from Kennedy Space Center to develop its remote voltage sensor (RVS), a dime-sized electrometer designed to measure triboelectric changes in the environment. One of the unique qualities of the RVS is that it can detect static at greater distances than previous devices, measuring voltage changes from a few centimeters to a few meters away, due to its much-improved sensitivity. 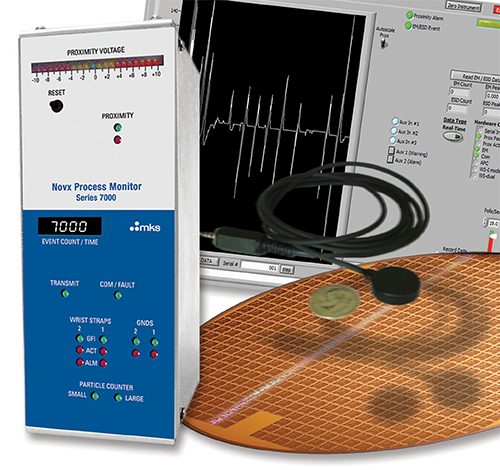 MKS Instruments markets the RVS as part of its Novx Series 7000 and Novx Series 3370 monitoring systems. These systems allow the customer to set the instrument sensitivity, thus tailoring the instrument’s output to a specific need.

Concern over static electricity damaging components on Mars rovers Spirit and Opportunity led scientists to add grounding wires to the base of the rovers’ antennas.