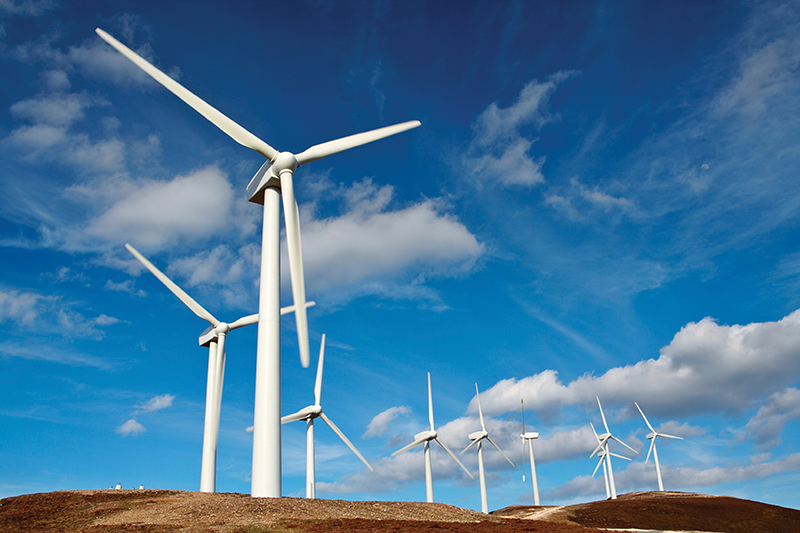 At Glenn Research Center’s Ballistic Impact Facility, engineers study new materials and the ways that they react to sudden, brute force. Using high-speed cameras, various sizes of gas-powered guns, and a variety of other tools, these engineers learn about impacts, ways to build stronger, lighter materials, and how to avoid catastrophic events caused by high-pressure collisions. It was this laboratory that investigated the accident caused by the external tank foam striking the leading edge of the Space Shuttle Columbia’s wing, which led to that orbiter destructing during atmospheric reentry, causing the loss of the spacecraft and crew. The lab’s findings were integral to the safety changes initiated before the shuttle fleet was again operational.

Other ballistic impact studies include examining various new materials, composites, and methods for creating jet engine fan casings. With the rotor fan blades spinning at very high speeds, if there is a failure—perhaps caused by a foreign object being sucked into the fan duct—and a piece or all of a blade breaks free, it shoots out like a bullet. This can cause catastrophic damage to the engines or passengers. To avoid this, NASA works with industry to develop strong, lightweight materials that can replace the traditional steel and aluminum jet engine fan casing.

Leveraging its private resources with several Small Business Innovation Research (SBIR) contracts with both NASA and the U.S. Department of Defense, WebCore Technologies LLC, of Miamisburg, Ohio, developed a fiber-reinforced foam sandwich panel it calls TYCOR that can be used for a wide variety of industrial and consumer applications. Testing at the Ballistic Impact Facility demonstrated that the technology was able to exhibit excellent damage localization and stiffness during impact.

According to Mike Sheppard, WebCore program manager, the SBIRs with NASA “allowed WebCore to evaluate the TYCOR product family in a variety of applications, specifically fan cases and launch vehicle components.” Through the NASA testing, the company has been able to use “‘real world’ loads and criteria to size our products effectively; arriving at optimized sandwich panel solutions. The input from NASA relative to requirements and the feedback that the NASA team provided relative to testing plans and threshold criteria have been invaluable.”

The TYCOR fiber-reinforced composite is strong, lightweight material ideal for structural applications (Spinoff 2004). The patented and trademarked material has found use in many demanding applications, including marine, ground transportation, mobile shelters, bridges, and most notably, wind turbines.

In marine applications, where it is prized for its corrosion-resistance, strength, and low weight, TYCOR can be used for hulls, decks, interiors, and hard tops on small leisure craft, as well as ships and larger boats. Because of the material’s ability to withstand the jostling, vibrations, and structural demands of long term travel, it can be found in semi truck floors, side panels, roofs, doors, and ramps, as well as truck bodies and railcar floors. TYCOR has also been used to build mobile specialty shelters; the material is ideal for mobile units because of its light weight and strength. WebCore has also used TYCOR in multiple bridge and infrastructure projects where specific strength, stiffness, and performance metrics were required, and corrosion and high maintenance and installation costs were factors to be avoided.

One of the most recent applications for TYCOR is in the field of wind turbines, where, according to Sheppard, “TYCOR offers a compelling value proposition which stresses not only competitive pricing but also weight savings, resin savings and overall manufacturing cost reduction when compared to other sandwich core materials.”

The lightweight composite allows builders of turbines to make larger, more efficient turbines. And with its low price, TYCOR allows users of wind energy to recoup their costs more quickly. “TYCOR’s largest market, today, is wind energy. WebCore supplies our core material to wind blade manufacturers around the Nation and around the world,” says Sheppard.

This year, the technology was selected by NASA’s Advanced Composites Technologies (ACT) Project of the Exploration Technology Development Program (ETDP) as one of two final candidates for the acreage panel structure of a novel “beamless” core inter-tank structure design for heavy lift vehicles. ETDP develops new technologies that will enable NASA to reduce the cost and risk involved with future human space flight missions. Under the ACT Project, seven different technologies were being tested and examined for their applicability in future space missions.

“This was a major milestone for WebCore, certainly, but it also represented an opportunity for NASA and the broader aerospace community to move outside historical constraints such as those associated with autoclave processing. This shift has the potential to open the door to larger, more weight-efficient structures that may result in lower cost, payload mass, and cost structures, overall.”

According to Sheppard, “Collier worked with WebCore to incorporate a TYCOR module in the HyperSizer tool which allowed for independent sizing, analysis, and confirmation of WebCore’s value in launch vehicles and other structures.”

TYCOR® is a registered trademark of WebCore Technologies LLC.

Abstract
Leveraging its private resources with several Small Business Innovation Research (SBIR) contracts with both NASA and the U.S. Department of Defense, WebCore Technologies LLC, of Miamisburg, Ohio, developed a fiber-reinforced foam sandwich panel it calls TYCOR that can be used for a wide variety of industrial and consumer applications. Testing at Glenn Research Center's Ballistic Impact Facility demonstrated that the technology was able to exhibit excellent damage localization and stiffness during impact. The patented and trademarked material has found use in many demanding applications, including marine, ground transportation, mobile shelters, bridges, and most notably, wind turbines. 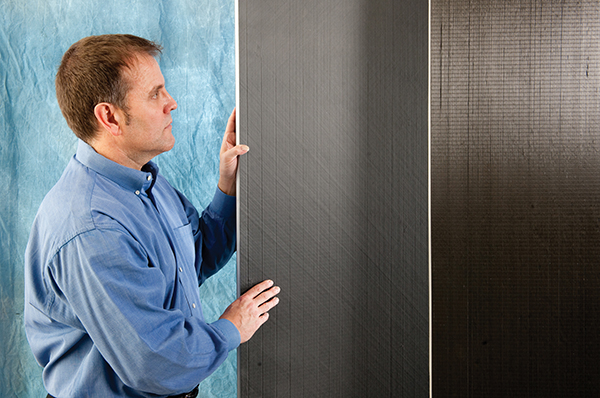 Developed in part with SBIR funding from NASA, TYCOR is an alternative to balsa and foam cores, helping blade designers and fabricators reduce total cost and weight.

One of the prime applications for TYCOR is in wind turbine blade manufacturing, where its design flexibility allows blade designers and manufacturers to tailor modifications for individual blade and turbine specifications.