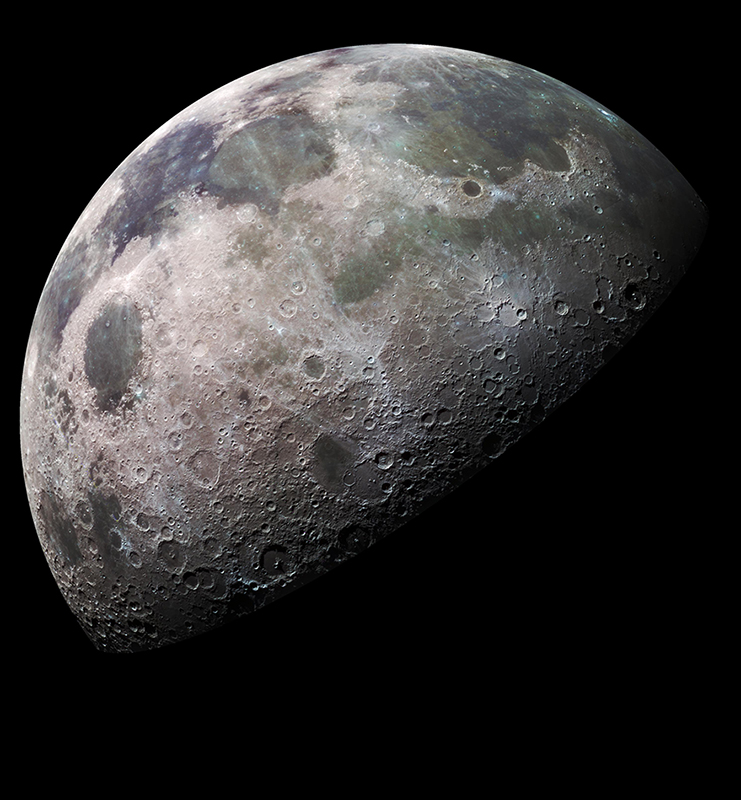 In late 2009, a rocket traveling twice as fast as a speeding bullet crashed into the Moon as part of NASA’s Lunar Crater Observation and Sensing Satellite (LCROSS) mission. The resulting impact loosened a mixture of particles, dust, and debris that was analyzed by a host of instruments to confirm the presence of water on the Moon. Two of these instruments were indium gallium arsenide (InGaAs) short wave infrared (SWIR) cameras, used to image the wavelengths between visible and thermal on the electromagnetic spectrum.

Employing InGaAs technology commercialized by Greg Olsen (who also happens to be the third private citizen to go into space and orbit Earth), the cameras were ideal for NASA’s application because SWIR light tends to be absorbed by moisture, creating contrast in the image between the darker, moister elements and the brighter, drier elements.

Before being acquired by Goodrich Corporation in 2005, Sensors Unlimited Inc., based out of Princeton, New Jersey, worked under a variety of Small Business Innovation Research (SBIR) contracts with NASA’s Jet Propulsion Laboratory, Marshall Space Flight Center, Kennedy Space Center, Goddard Space Flight Center, Ames Research Center, Stennis Space Center, and Langley Research Center. Since 1991, the 25-plus NASA SBIR contracts helped to spur state-of-the-art research and development to advance and refine the InGaAs imaging technology that was ultimately used on the LCROSS mission. In addition to NASA, other supporters of SWIR technology include the U.S. Army Night Vision Electronic Sensors Directorate and the Defense Advanced Research Projects Agency. Today, the technology also has dozens of commercial applications.

“NASA has been very influential in getting some of the first devices to market, specifically the active pixel sensor incorporated in most all InGaAs detector arrays,” says Robert Struthers, director of sales and marketing for Goodrich ISR Systems in Princeton, New Jersey (formerly Sensors Unlimited Inc.).

In 1998, the company’s work with NASA resulted in the first InGaAs camera to image both SWIR and visible light from the same image sensor. “This is a valuable device for compact imaging spectrometers (an instrument that measures light). If you don’t have room for multiple cameras, you can have one camera cover both bands,” says Struthers.

Struthers explains the fundamental element of the imaging technology is the photodiode. Basically, a photodiode converts a quantity of light (photon) to a quantity of electricity (electron) to a grayscale image. “In our spectral band, we are looking at reflective light, just like visible light cameras do. Once you convert light to electricity, then you run that into an amplifier to increase the signal or into an image processor to create the image. We do all this in a camera head so all the customer has to do is plug the camera into a monitor,” says Struthers.

While other cameras can operate in the SWIR range using sensors constructed from mercury cadmium telluride or indium antimonide, these cameras must be mechanically cooled, often to extremely low temperatures. In contrast, the InGaAs cameras can operate at room temperature. In addition to its lack of a cooling system requirement, what makes the InGaAs camera so unique is its small size, low weight, high sensitivity, high resolution, day to night imaging capabilities, and low power consumption.

Today, all of Goodrich ISR Systems’ products out of its Princeton location are based on the InGaAs material, the mainstay technology for imaging in the SWIR range. Even though there are fewer than a dozen main products, there are hundreds of variations of each.

By providing a variety of customized products to fit clients’ needs, Goodrich ISR Systems has expanded the set of applications for SWIR instruments, such as detecting moisture in pulp and paper and agriculture, and for sorting recycled plastic products. Applications also abound in sectors such as the military, security and surveillance, machine vision, medical, spectroscopy, semiconductor inspection, instrumentation, thermography, and telecommunications.

In the agriculture, textile processing, and forest-product industries, moisture is a key indicator for process control and quality. Because water is opaque to SWIR illumination, detecting its presence or absence can be useful in gauging crop health and product ripeness or dryness. Using the SWIR cameras, elements with higher water composition appear darker than drier elements.

For the telecommunications industry, Goodrich ISR Systems’ products are incorporated into photodiode arrays that are used as performance monitors for fiber optic networks. The light transported across the fiber optic cable in telecommunication networks is detected within the SWIR or near-infrared spectrums. The technology is integrated into a larger optical power monitor or optical channel monitor to ensure high-quality optical signal and data integrity, and can be found in many of the world’s optical networks.

In 2009, the cameras were widely used for inspection systems to determine defects in solar panels. For solar cell manufacturers, solar cell inspection by machine vision with InGaAs SWIR permits detection of defects, hidden cracks, or saw marks inside or on the opposite side of the wafer. Beyond physical defects, SWIR solar cell inspection can find problems that will hurt cell or system power output.

“This wavelength can image right through silicone, so when you want to inspect anything made out of silicone like image sensors, microprocessors, or solar panels, the SWIR is ideal,” says Struthers.

Regardless of where Goodrich ISR Systems goes, it will never forget where it came from. “Working with NASA has helped the advancement of our device performance, including some very valuable steps along the way,” says Struthers. “The SBIR program is ideal for seeding small technology companies like we used to be.” 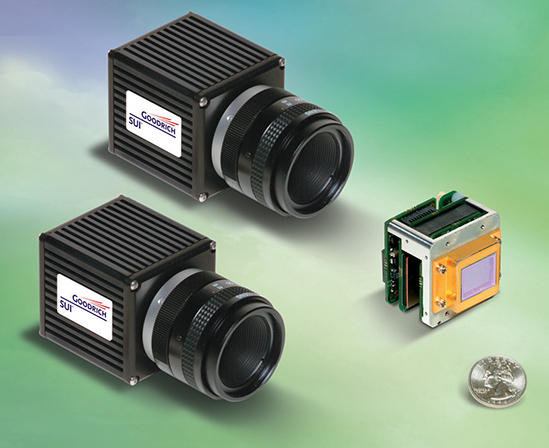 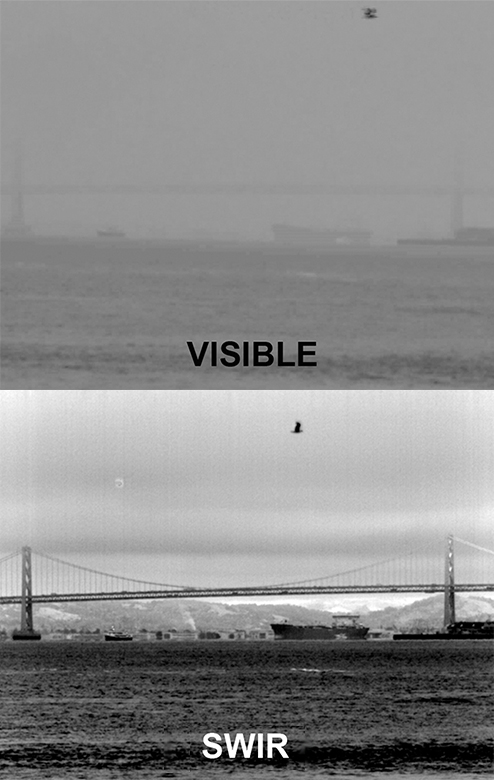 These images of San Francisco Bay show the difference between images produced by a visible light camera and a SWIR camera. The visible light image (top) shows mostly fog; the SWIR image (bottom) reveals detail through the fog. SWIR technology detects reflected light at wavelengths that the human eye cannot see, in bands on the electromagnetic spectrum between the visible and thermal.

The imaging system used on NASA’s (LCROSS) mission incorporated several cameras to capture the impact of a rocket crashing into the Moon.