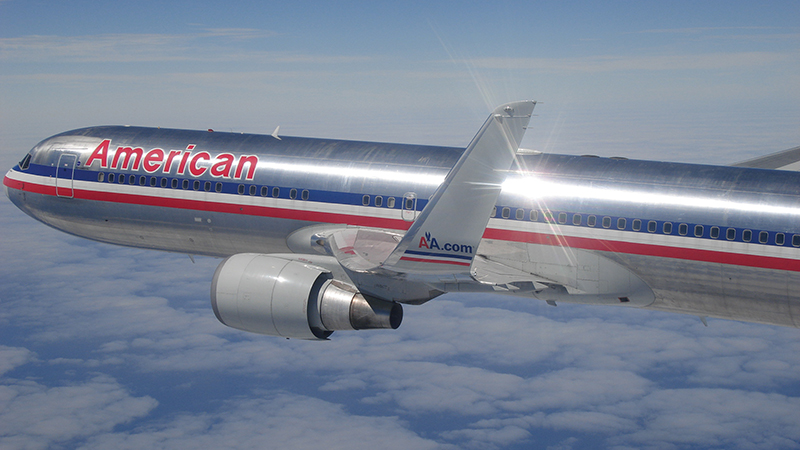 Winglets Save Billions of Dollars in Fuel Costs

Anyone who has made a paper airplane knows that folding the wingtips upward makes your plane look better and fly farther, though the reasons for the latter might be a mystery. The next time you snag a window seat on an airline flight, check out the plane’s wing. There is a good chance the tip of the wing will be angled upward, almost perpendicular. Or it might bend smoothly up like the tip of an eagle’s wing in flight. Though obviously more complex, these wing modifications have the same aerodynamic function as the folded wingtips of a paper airplane. More than an aesthetically pleasing design feature, they are among aviation’s most visible fuel-saving, performance-enhancing technologies.

Aerodynamics centers on two major forces: lift and drag. Lift is the force that enables a plane to fly. It is generated by unequal pressure on a wing as air flows around it—positive pressure underneath the wing and negative pressure above. Drag is the resistance encountered while moving through the airflow. A significant source of drag is actually derived from the high pressure under the wing, which causes air to flow up over the wingtip and spin off in a vortex. These vortices produce what is called induced drag and are powerful enough to disrupt aircraft flying too closely to one another—one reason for the carefully monitored spacing between flights at takeoff and in the air. Induced drag hampers aircraft performance, cutting into fuel mileage, range, and speed.

In 1897, British engineer Frederick W. Lanchester conceptualized wing end-plates to reduce the impact of wingtip vortices, but modern commercial technology for this purpose traces its roots to pioneering NASA research in the 1970s. At the time, NASA’s Aircraft Energy Efficiency (ACEE) program sought ways to conserve energy in aviation in response to the 1973 oil crisis. As part of the ACEE effort, Langley Research Center aeronautical engineer Richard Whitcomb conducted computer and wind tunnel tests to explore his hypothesis that a precisely designed, vertical wingtip device—which Whitcomb called a “winglet”—could weaken wingtip vortices and thus diminish induced drag. Less drag would translate into less fuel burn and better cruise efficiency. The winglet concept provided a better option than simple wing extensions which, while offering similar aerodynamic benefits, would require weight-adding strengthening of the wings and could render a plane too wide for airport gates.

After evaluating a range of winglet designs, Whitcomb published his findings in 1976, predicting that winglets employed on transport-size aircraft could diminish induced drag by approximately 20 percent and improve the overall aircraft lift-drag ratio by 6 to 9 percent.

Whitcomb’s research generated interest in civil and military aviation communities, leading to flight testing that would not only confirm his predictions, but help popularize the winglet technology now found on airplanes around the world.

In 1977, NASA, the U.S. Air Force, and The Boeing Company, headquartered in Chicago, initiated a winglet flight test program at Dryden Flight Research Center. Whitcomb’s Langley team provided the design, and Boeing, under contract with NASA, manufactured a pair of 9-foot-high winglets for the KC-135 test aircraft provided by the Air Force.

Whitcomb was validated: The tests demonstrated a 7-percent increase in lift-drag ratio with a 20-percent decrease in induced drag—directly in line with the Langley engineer’s original findings. Furthermore, the winglets had no adverse impact on the airplane’s handling. The Dryden test program results indicated to the entire aviation industry that winglets were a technology well worth its attention.

The 1970s were an important decade for winglet development for smaller jet aircraft, with manufacturers Learjet and Gulfstream testing and applying the technology. Winglets for large airliners began to appear later; in 1989, Boeing introduced its winglet-enhanced 747-400 aircraft, and in 1990 the winglet-equipped McDonnell Douglas MD-11 began commercial flights following winglet testing by the company under the ACEE program.

Like other winglet designs, APB’s Blended Winglet reduces drag and takes advantage of the energy from wingtip vortices, actually generating additional forward thrust like a sailboat tacking upwind. Unlike other winglets that are shaped like a fold, this design merges with the wing in a smooth, upturned curve. This blended transition solves a key problem with more angular winglet designs, says Mike Stowell, APB’s executive vice president and chief technical officer.

“There is an aerodynamic phenomena called interference drag that occurs when two lifting surfaces intersect. It creates separation of the airflow, and this gradual blend is one way to take care of that problem,” he says.

“Fuel is a huge direct operating cost for airlines,” he explains. “Environmental factors are also becoming significant. If you burn less fuel, your emissions will go down as well.” APB winglets provide up to a 6-percent reduction in carbon dioxide emissions and an 8-percent reduction in nitrogen oxide, an atmospheric pollutant. The benefits of winglets do not stop there, Stowell explains. Reduced drag means aircraft can operate over a greater range and carry more payload. Winglet-equipped airplanes are able to climb with less drag at takeoff, a key improvement for flights leaving from high-altitude, high-temperature airports like Denver or Mexico City. Winglets also help planes operate more quietly, reducing the noise footprint by 6.5 percent.

If all the single-digit percentages of savings seem insignificant on their own, they add up. In 2010, APB announced its Blended Winglet technology has saved 2 billion gallons of jet fuel worldwide. This represents a monetary savings of $4 billion and an equivalent reduction of almost 21.5 million tons in carbon dioxide emissions. APB predicts total fuel savings greater than 5 billion gallons by 2014.

APB, the only company to currently both manufacture and retrofit winglets for commercial airliners, is currently equipping Boeing vehicles at the rate of over 400 aircraft per year. It is also continually examining ways to advance winglet technology, including spiroid winglets, a looped winglet design Aviation Partners first developed and successfully tested in the 1990s. That design reduced fuel consumption more than 10 percent.

While winglets require careful customization for each type of plane, they provide effective benefits for any make and model of aircraft—even unmanned aerial vehicles. Consider other winglet designs on commercial carriers, as well as blended and other winglets on smaller jets and general aviation aircraft, and the impact of the original NASA research takes on even greater significance.

“Those flight tests put winglets on the map,” says Stowell.

Blended Winglets™ is a trademark of Aviation Partners Inc.

Abstract
The upturned ends now featured on many airplane wings are saving airlines billions of dollars in fuel costs. Called winglets, the drag-reducing technology was advanced through the research of Langley Research Center engineer Richard Whitcomb and through flight tests conducted at Dryden Flight Research Center. Seattle-based Aviation Partners Boeing-a partnership between Aviation Partners Inc., of Seattle, and The Boeing Company, of Chicago-manufactures Blended Winglets, a unique design featured on Boeing aircraft around the world. These winglets have saved more than 2 billion gallons of jet fuel to date, representing a cost-savings of more than $4 billion and a reduction of almost 21.5 million tons in carbon dioxide emissions. 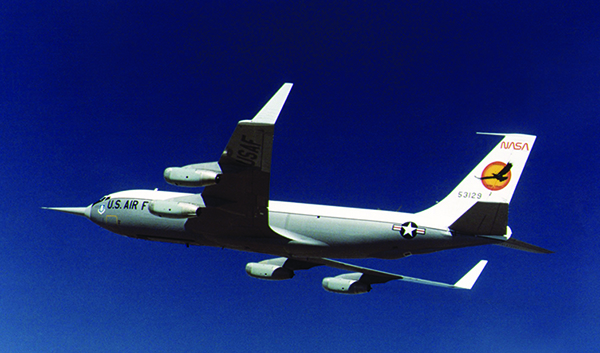 During the 1970s, the focus at Dryden Flight Research Center shifted from high-speed and high-altitude flight to incremental improvements in technology and aircraft efficiency. One manifestation of this trend occurred in the winglet flight research carried out on this KC-135 during 1979 and 1980.

Aviation Partners Boeing manufactures and retrofits Blended Winglets for commercial airliners. The technology typically produces a 4- to 6-percent fuel savings, which can translate to thousands of gallons of fuel saved per plane, per year.