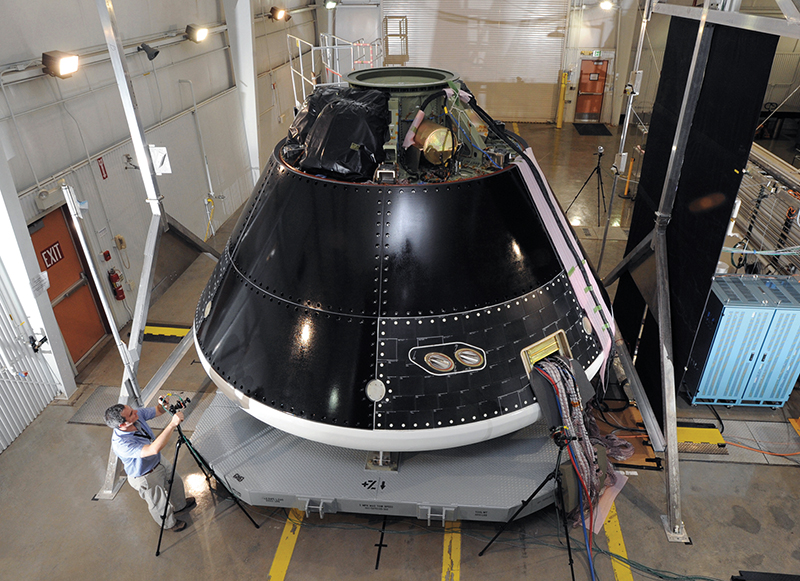 After taking off her shoes and jacket, she places them in a bin. She then takes her laptop out of its case and places it in a separate bin. As the items move through the x-ray machine, the woman waits for a sign from security personnel to pass through the metal detector. Today, she was lucky; she did not encounter any delays. The man behind her, however, was asked to step inside a large circular tube, raise his hands above his head, and have his whole body scanned.

If you have ever witnessed a full-body scan at the airport, you may have witnessed terahertz imaging. Terahertz wavelengths are located between microwave and infrared on the electromagnetic spectrum. When exposed to these wavelengths, certain materials such as clothing, thin metal, sheet rock, and insulation become transparent.

At airports, terahertz radiation can illuminate guns, knives, or explosives hidden underneath a passenger’s clothing. At NASA’s Kennedy Space Center, terahertz wavelengths have assisted in the inspection of materials like insulating foam on the external tanks of the now-retired space shuttle.

“The foam we used on the external tank was a little denser than Styrofoam, but not much,” says Robert Youngquist, a physicist at Kennedy. The problem, he explains, was that “we lost a space shuttle by having a chunk of foam fall off from the external fuel tank and hit the orbiter.”

To uncover any potential defects in the foam covering—such as voids or air pockets—that could keep the material from staying in place, NASA employed terahertz imaging to see through the foam. For many years, the technique ensured the integrity of the material on the external tanks.

In 2009, NASA’s Kennedy started looking for new capabilities to examine foam materials and other thermal coatings being considered for use on future space vehicles. “We had systems that provided 2D information, but we wanted to invest in technology to provide 3D imaging,” says Youngquist. “Going from 2D to 3D is a huge step in making a determination of whether something is severely or deeply damaged.” For NASA, 3D terahertz imaging can provide more complete information such as size, location, and depth of defects in thermal materials.

To gather ideas on potential technologies to create 3D images of the materials that might be used on future spacecraft, Kennedy solicited proposals from academia and industry through the Small Business Technology Transfer (STTR) program. One of the responses that garnered NASA’s interest was from Boston-based LongWave Photonics LLC and the Massachusetts Institute of Technology (MIT).

Alan Lee, president of LongWave Photonics, launched the company soon after graduating from MIT. At MIT, Lee had gained experience working with terahertz technology, and he felt there were opportunities to commercialize a unique terahertz device. Called the quantum cascade laser (QCL), the technology is a high-power source of terahertz radiation. “The basic idea is that you use a QCL to illuminate a sample and cause the reflected light to interfere with itself,” says Lee. “An algorithm is applied to the interference signal to measure the distances between reflections, which results in a signal similar to an ultrasound scanner.”

According to Lee, the QCL was first developed to produce infrared frequencies at Bell Labs in 1994. By 2002, it was demonstrated at terahertz frequencies; a capability was later developed to adjust the terahertz frequency. Through the NASA partnership, LongWave Photonics was afforded the time and resources to advance the QCL to a point where it could be sold for research purposes. “The STTR funding has allowed us to develop a research system, the Easy QCL, to access niche markets that will help to grow the business while we explore larger markets,” says Lee.

According to Youngquist, the technology has been shown to be very powerful, and was proven to generate 3D scanning for NASA’s potential needs.

In 2011, LongWave Photonics started selling the Easy QCL commercially as a turnkey terahertz source for academic, industrial, and government researchers. It has already been demonstrated for use in imaging, spectroscopy (looking at the energy emitted from an object), and tomography (imaging a section inside a solid object).

Over the last year, LongWave Photonics has sold several Easy QCLs, and one system is currently being used as

an illumination source for an experimental biological microscope at the University of Tokyo.

The Easy QCL emits light that is detected by a terahertz-specific uncooled camera, the IRV-T0831 fabricated by NEC Corporation. This combination of a high powered QCL with an uncooled terahertz imager has resulted in sensitive, real-time imaging. Lee says the system is designed to determine the binding state

of proteins, which often have observable features at terahertz frequencies.

An interesting future application, notes Lee, is to examine the coatings on controlled-release pharmaceutical tablets. “As it turns out, many of the polymer coatings are terahertz-transparent and, therefore, a 3D non-destructive system has the potential to improve the tolerances of these coatings,” he says. The main benefit of 3D terahertz imaging is that it provides information on the subsurface defects in a sample without damaging or otherwise modifying it, Lee explains. Defects in the tablet coatings can affect the performance and reliability of the drugs, but Easy QCL’s imaging capabilities could optimize the manufacturing and improve the uniformity of the coatings.

how LongWave’s QCL hardware might be used in NASA’s future.

“We don’t know all our plans for the future, but there will probably be applications looking for voids and defects in insulative materials,” says Youngquist. “Lockheed is currently working on a crew capsule at Kennedy, so if we get something promising, we will coordinate with them.” 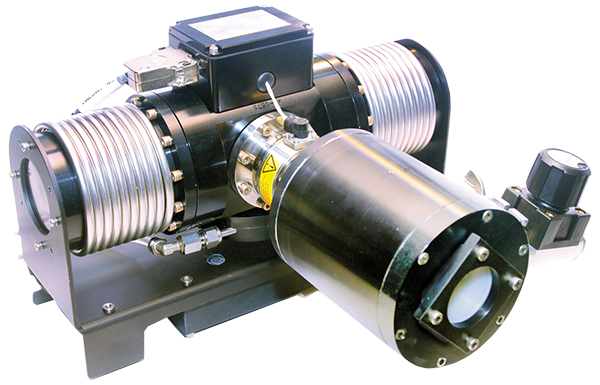 The Easy QCL could help to improve the uniformity of coatings on drug capsules. 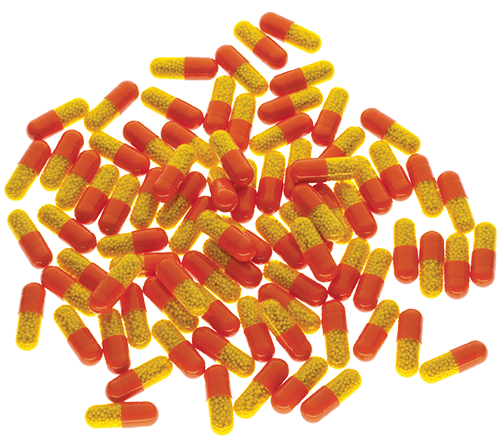