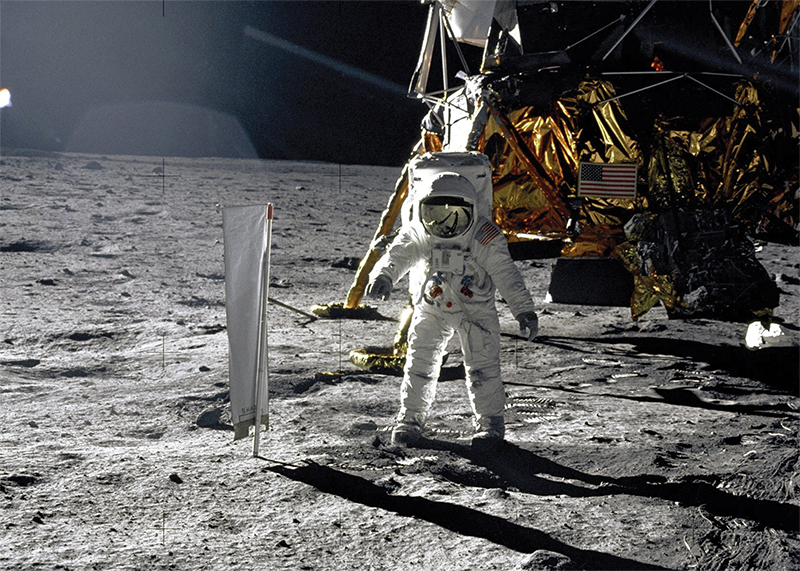 The Moon hosts perhaps the most fascinating museum that no one ever visits. From reflectometers to space boots, the lunar module’s descent stage, and the famous first footprints left behind by Neil Armstrong, the Apollo 11 mission alone left over 100 artifacts on the Moon’s surface.

Among the items at rest in the lunar regolith is an aluminum capsule containing a simple silicon disc about the size of a half-dollar coin. The disc displays messages of goodwill from 73 countries and four US presidents, all inscribed in letters a quarter of the width of a human hair, visible only under a microscope.

In order to compile the commemorative messages into a format that would not significantly add to Apollo 11’s payload, while also being able to endure the wild temperature extremes of the Moon’s surface, NASA partnered with Worcester, Massachusetts-based Sprague Electric Company. The company, which had already worked with the Agency to produce multiple components for the Apollo 11 mission, applied semiconductor manufacturing techniques to etch the messages on silicon, sizing them down until each individual message was smaller than the head of a pin.

Sprague patented the technique in 1971, but it would be decades later when a pair of innovators would build upon the NASA-derived technology to create a spinoff that is now preserving vital records on Earth in the same way that the world’s support of Apollo 11 is preserved on the Moon.

In 2006, P.R. Mukund, professor of electrical engineering at Rochester Institute of Technology, and PhD student Ajay Pasupuleti took on a task working with a material not typical to their field—palm leaves. The pair joined a project to preserve the content of the Sarvamoola Grantha, an ancient work of Hindu spiritual scholarship transcribed on stacks of palm leaves that, after some 700 years, were in severe danger of being lost to decay. Working with a team experienced in the preservation of ancient documents such as the Archimedes Palimpsest and the Dead Sea Scrolls, Mukund and Pasupuleti captured and preserved the text of the Sarvamoola Grantha using infrared imagery, winning international acclaim in the process.

“After we did that, we thought about creating a technology that would combine the best of ancient preservation technology with the most recent,” says Mukund. There are pros and cons on both ends of the spectrum, he explains. Stone tablets preserve information for thousands of years—but are not exactly easy to share or copy. Electronic images are ideal for sharing and are easy to copy, manipulate, and archive, but rapid changes in digital formats and storage media threaten to make certain formats of archived information obsolete. Physical storage media such as DVDs and even flash memory can also experience “bit rot,” in which data can be lost or corrupted.

“This is not exactly the way you want to save things that are meant to be preserved for 500 or 1,000 years,” Mukund says.

Mukund and Pasupuleti hit upon a solution within their field of expertise. Silicon, used extensively in the semiconductor industry, is highly durable and resistant to water, humidity, and temperatures up to 572 °F. Research into using silicon and semiconductor production techniques to create enduring copies of documents and records turned up the patent from NASA’s Apollo 11 mission. Since the patent had expired and entered the public domain, Mukund and Pasupuleti were able to use it as a building block for their own patented archiving technology. The pair formed NanoArk Corporation of Fairport, New York, to bring the innovation to market.

“People always ask, when we spend taxpayer dollars on the Space Program: Other than going to space, what does the technology do?” Mukund says. “Here is a classic story where it took more than 40 years before somebody actually thought of commercializing it.”

NanoArk’s Waferfiche technology employs a photolithographic process to inscribe minute copies of documents onto thin silicon discs, each of which can fit about 2,000 letter-sized images. The Waferfiche’s inherent material properties render it resistant to fire over a limited duration and, more importantly, practically impervious to water damage. NanoArk notes that the biggest threat to any kind of archived information is moisture.

“Last year, in New York state alone, 65 local governments lost records due to water damage,” says Pasupuleti, now NanoArk’s vice president of technology. “Our technology is water resistant. You can leave it in water for months, take it out, and just wipe it down with a cloth.”

NanoArk claims its Waferfiche technology will preserve essential records for 500 years. While the currently prevalent archiving technology, microfilm, offers the same longevity, it can only do so in temperature and humidity controlled environments. Waferfiche requires no such care, resulting in increasing cost savings over time and minimal environmental impact. If the customer needs to retrieve any archived information from a Waferfiche, the minimal technology required is a magnifying glass.

“There is nothing out there that can beat this technology in terms of long-term preservation of important records and documents,” says Mukund, NanoArk’s president and CEO.

Since introducing the technology commercially in 2008, NanoArk has grown from 2 employees to 10, experienced a five-fold increase in revenue between 2010 and 2011, and recently opened an office in Hyderabad, India. It counts multiple town, county, and state governments among its customers, as well as universities, and has plans to market the technology as a franchise. One of the keys to the innovation’s future success, says Mukund, is its NASA connection.

“When people find out that this technology is what NASA used as a time capsule on the Moon,” he says, “surely that is a good enough credential as far as the viability of the technology for long-term preservation.”

Abstract
The Apollo 11 mission left on the Moon a silicon disc inscribed with microscopic recreations of messages from 73 countries. NanoArk Corporation of Fairport, New York, built on that NASA technology to develop a fire and water resistant archiving innovation that provides cost savings and security in preserving documents. Since its launch, NanoArk has grown from 2 to 10 employees. 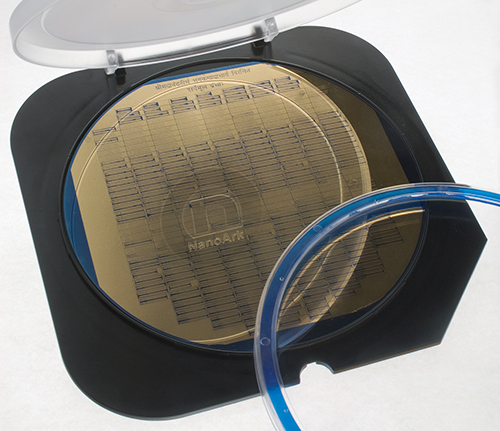 NanoArk’s Waferfiche technology can preserve important documents for hundreds of years without any need for controlled storage environments. Resistant to fire and water damage, the spinoff provides peace of mind for archivists and government officials. 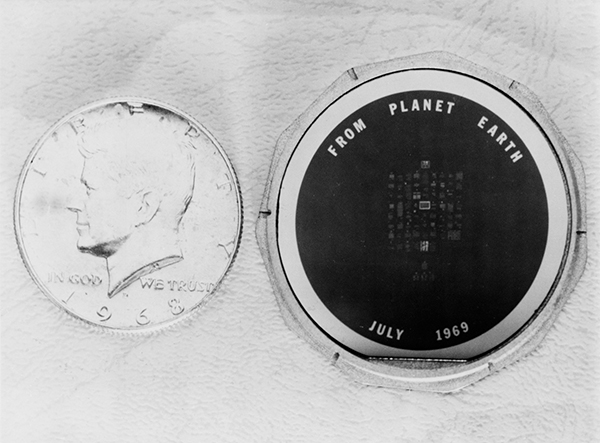 The famous Apollo 11 mission left behind over 100 artifacts on the Moon, including a small silicon disc inscribed with messages of goodwill from 73 countries.