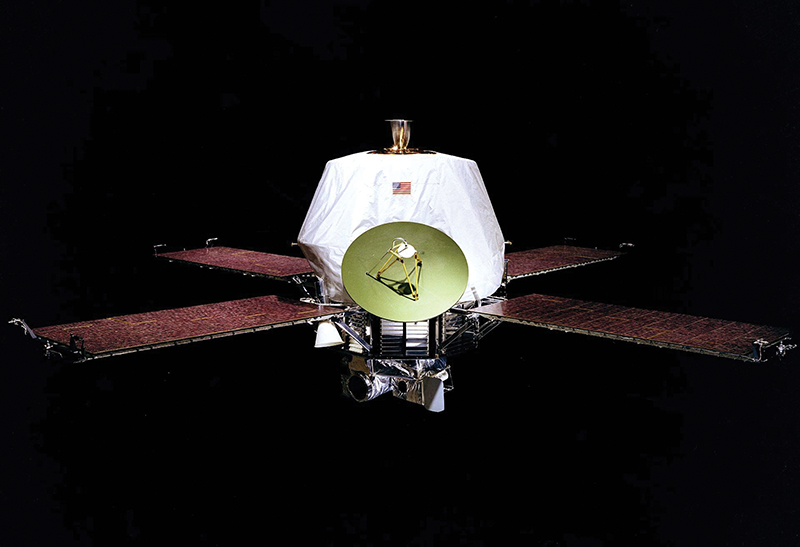 Most of the power, communications, imaging, and computing technology on the Mariner planetary space probes—cutting-edge at the time—is now the NASA equivalent of stone tools. However, one technology, a dry lubricant that was developed for the later Mariner missions in the late 1960s and early ’70s, is still essential to modern spacecraft, especially in the growing commercial space industry, and also to a number of other industrial applications.

Robert Nelson of Stanford University originally came up with the idea and methodology to utilize tungsten disulfide, also known by its chemical name of WS², as a dry lubricant in support of the Mariner missions managed by NASA’s Jet Propulsion Laboratory (JPL).

Soon, Nelson’s technique found applications among aerospace and defense contractors and then, in the mid-1980s, exploded into the automotive, medical equipment, tool and die, robotics, and plastics industries, among others (Spinoff 1989).

This chemical compound exists naturally, if rarely, in the mineral tungstenite. As dry lubricants go, it is remarkably durable and effective. With a coefficient of friction value of 0.03, it is slicker than Teflon, and it’s unaffected by temperatures ranging from -450 to 1,200 °F within Earth’s atmosphere and an even greater range in the vacuum of space. Because it forms a molecular bond with the surface it’s applied to, it also has one of the longest wear lives of any solid lubricant and can withstand loads of more than 300,000 pounds per square inch.

In part because of this direct, molecular bond, requiring no added binders, a coating of tungsten disulfide is only half a micron thick—about 20-millionths of an inch—and because it doesn’t bond to itself, that thickness is uniform. This means it can coat the tiniest parts without affecting their dimensions or performance.

According to Nelson’s patents, tungsten disulfide powder was already commercially available when he pioneered his method, but it was generally unsuitable for use as a dry lubricant, as it tended to clump and also contained free sulfur that could form sulfur dioxide, which would impede the coating process and cause corrosion. Nelson found that heating the substance, along with hydrogen, in a vacuum caused it to undergo a change that left it light, dry, fluffy, and ideal for coating. The hydrogen bonded with any free sulfur and carried it off in the form of hydrogen sulfide gas.

Nelson also developed a method for “impinging” the powder onto an object, blasting it onto the surface at around 700 mph, creating microscopic imperfections that help the lubricant to bond.

Following its development for NASA, the technique for using tungsten disulfide as a dry lubricant became public knowledge and has most commonly been used to coat machine tools, gears, bearings, motor components, transmissions, compressors, bullets, and injection molds, among other items.

Specifications for the materials and methods to be used in applying WS² as a dry lubricant were written up first by the company Aerojet General in 1966 and later by the Department of Defense, the Society of Automotive Engineers (SAE), and a host of companies. Current SAE specifications for aerospace materials still include the stipulation that the lubricant be applied using the impinging process, just as Aerojet did almost 50 years ago. Many other companies’ specifications, though, have become ambiguous on this point.

“Over the years, there have been all kinds of funny techniques to try to get around that expense,” says Eric Woods, president of Applied Tungstenite Corporation of Temecula, California. What makes Applied Tungstenite unique is that it appears to be the only company that still uses the process in a certified facility.

Impinging WS², especially onto small parts, is labor-intensive and costly, Woods says. “I understand where the industry has kind of moved away from the original science on this.” Most companies that use tungsten disulfide apply it by burnishing it onto surfaces, for example with a brush, which is far easier but doesn’t result in the same bonding achieved by impinging, he says.

“To do 16 million little aircraft pieces by impingement is just too inefficient, but, frankly, I don’t see how you can control the quality if you don’t impinge,” he says.

By the mid-1980s, another, much cheaper dry lubricant—molybdenum disulfide—was also gaining popularity, and it now rules most of the market. However, this substance, better known as moly, requires a binder to adhere to a surface, making it thicker, and the coating is not uniform. The binder also may release gas, which can be problematic in an environment like a sealed spacecraft.

Because tungsten disulfide offers the precision that aerospace engineers need, and because Applied Tungstenite is the only company currently certified in applying it by the original method, Woods counts a number of commercial space companies among his end users, although the parts his company coats often find their way into commercial space systems through various subcontractors.

“Other than knowing it’s a bearing or gear, I often have very little idea what these components are in the final application,” he says. “But tungsten disulfide is still there in space, used extensively in hydraulics.”

Common spacecraft parts—including those being incorporated into a variety of commercial craft—coated at Applied Tungstenite include slim-section bearings, fasteners, blind bolts, pins, gimbals, gears, and hydraulic connections. Most of these are also technologies that haven’t changed much since the Mariner days, although the company is also coating new fastener prototypes for JPL.

Among the other parts the company works with are camshafts and other engine parts for racecars, bearings for a longboard company attempting to break speed records, and molds for use in plastic injection molding, some of which can be as large as a desktop. “We’re doing parts from a fraction of an ounce to about 1,700 pounds,” Woods says.

Many of these, such as engine elements, are moving parts that need friction reduced as much as possible to improve functioning and extend wear life. In the case of injection molds, the lubricant helps the mold release itsmore easily. Others are what Woods calls one-time-only applications. For example, aircraft fasteners are coated simply to make them easier to install, after which the WS² serves no function. Another example of this type of use is in “cold heading,” in which a slug of metal is mashed into a finished shape at room temperature. A coating of tungsten disulfide reduces the friction between the slug and the dies that will bash it into shape.

Woods says he also receives frequent requests to coat axles for Boy Scouts’ pinewood derby cars, although he’s still not sure if this constitutes a violation of the rules of competition.

Applied Tungstenite started up less than three years ago, as many other tungsten disulfide companies were closing, outcompeted by cheaper options. Woods, whose background is in corporate financial management, hoped to succeed by taking the substance back to its roots and capitalizing on the superior quality it can offer. He licensed the impinging technology from Micro Surface Corporation, the company that refined the process and introduced tungsten disulfide to general industry in 1984. “I thought, let’s clean this thing up, go back to the original specification and see what we can get going,” he says. “The material was designed to be impinged, and that was the whole original science.”

He says the business is slowly growing, and he’s talked with Langley Research Center about soliciting an SBIR that would help him automate more of the process, especially for parts too small to be grabbed by machine. “At some point we really do need to get to full automation on very small part impingement.”

Woods says he’s optimistic. “Holding right to that specification, the business grows because the quality is there.”

Abstract
Reviving industry standards for coating parts in tungsten disulfide, a dry lubricant developed for the Mariner space probes managed by the Jet Propulsion Laboratory in the 1960s and _70s, Applied Tungstenite, a relatively new Temecula, California-based company, has found a client base in the mushrooming commercial space industry, as well as other manufacturers. 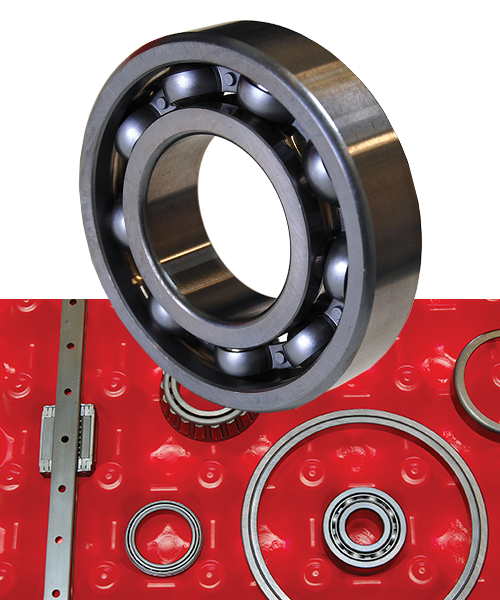 Bearings, including the slim-section bearings used on shuttles, are among the machine components that Applied Tungstenite coats with tungsten disulfide for use in a wide variety of applications.

The Mariner 9 planetary space probe was among the later Mariner craft that tungsten disulfide was developed to support. The first spacecraft to orbit another planet, Mariner 9 gathered information on the composition and properties of Mars’ atmosphere and surface, as well as images covering the entire planet.