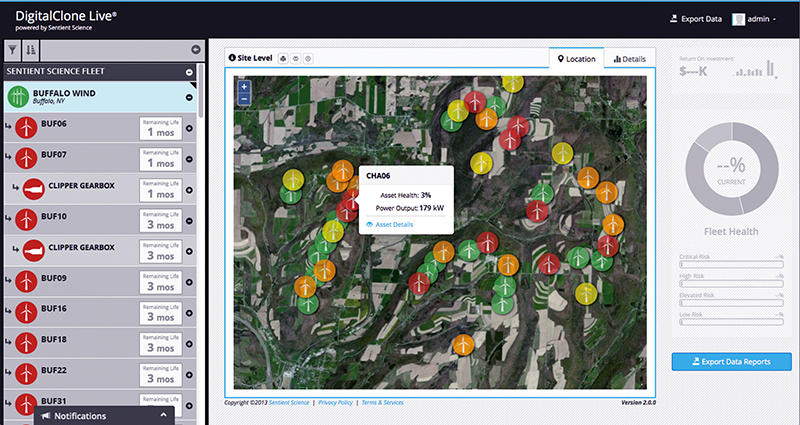 Medical scientists have made great progress in recent years toward understanding how genetic factors play a role in an individual’s susceptibility or resistance to various diseases. Meanwhile, the engineers at Sentient Science have been hard at work trying to do similar predictive analysis for machine systems and components.

“What we set out to do was really hard,” says Ward Thomas, president and CEO of the Buffalo, New York-based company. “We set out to decode the material genome.”

The potential payoff is significant. Just as researchers hope to use DNA analysis one day to help patients choose lifestyles that maximize health, Sentient could suggest ways that machine owners and operators could maximize the life spans of their systems. Moreover, such knowledge would allow manufacturers to design systems for the longest use possible with the lowest energy consumption.

In 2001, the company accepted its first Federal funding from the Defense Advanced Research Projects Agency to work on a tool to predict the life span of a machine component with the aim of giving U.S. industry and Government a competitive advantage. Following a long string of Small Business Innovation Research (SBIR) contracts, a handful of which came from NASA’s Ames Research Center, a validation test at Glenn Research Center proved Sentient had finally cracked the code.

The company had assembled mountains of data on material performance from manufacturers, researchers, the military, and its own testing. The engineers had fused this data with theoretical models of the physics of surface fatigue and built on previously existing analytical and computer models to process the information. To test the product, named DigitalClone, they needed a component that had a long and well-documented history.

In October 2010, Tim Krantz, a mechanical components engineer at Glenn, was presiding over a database of test results regarding gears with various shapes, materials, lubrications, and processing parameters. One gear design—a spur gear used for helicopter drive train research—had 25 years’ worth of data gathered at significant cost and was selected as the test subject.

“We’re trying to help make better helicopters for the general public, and in the helicopter world, gears are very important,” Krantz says, noting it can be difficult to obtain comprehensive performance data on such components because the companies that test them often keep the information proprietary. “This NASA gear performance database is pretty unique.”

Sentient won an SBIR contract from Glenn to validate its software against the center’s gear data.

As its name suggests, DigitalClone uses input data to create a high-fidelity digital twin of a component or system. Based on what it knows about the physics of friction, lubrication, and wear, the software then predicts its subject’s future performance, life span, and failure. To validate this prognostic competence, the company’s engineers first used the software to create a digital model of NASA’s chosen spur gear. They input various materials, surfaces, and working conditions and compared the resulting predictions with the historical performance data NASA had gathered on the gear.

What they especially wanted to foretell was the component’s “pitting life” under various conditions—the point at which pockets would begin to form on the surface of its teeth, Krantz says. “That’s the life-limiting factor for aerospace gears, and a lot of other gears, too.”

After about three months of running models, they had their answer. “When the results came, and the correlation was so good, the company president got very excited about what his guys had been developing,” Krantz recalls.

“It perfectly matched Tim’s database, so that was a complete game-changer for our company and our future customers,” Thomas says. Not being an engineer himself, he had been attending grad school while the program was being developed. After hearing of the test results, Thomas quit school to take Sentient into the commercial realm.

“Prior to that date, we were a research-only company,” he says. “That was the inflection point for us to go from being research to commercial, and it really happened overnight.”

After the work with NASA, Sentient carried out 11 paid validations with companies such as Boeing, Sikorsky, and General Electric. It also continued developing its DigitalClone Live product, which builds sensors into a gearbox and uses live data to confirm and update performance and failure predictions for machinery in the field. DigitalClone Live saw its first sale in June 2013, when the wind energy company First Wind signed a deal to have the gearboxes of 218 of their wind turbines outfitted with the technology. By late 2014, Sentient had been contracted to provide prognostic and life-extension services to more than 5,000 wind turbines from eight operators in North America.

The response to Sentient’s new approach to predicting and extending machinery life, using computation rather than physical testing, was swift and enthusiastic.

“Instead of running physical tests for a year and getting three test points, we can give you thousands of test points in days,” Thomas says. “You will have the world’s most tested products, which will run in the field at the lowest cost to operate.”

By late 2014, the technology was in use on the Hubble Space Telescope, the new Joint Strike Fighter F35, and the Blackhawk, Apache, and Super Stallion helicopters, among other Federal programs. The medical device company Zimmer had used it to analyze its hip implants. Of the 45 wind turbine operators in the country, 8 were customers, including giants such as NextEra Energy and Clipper Windpower.

A partnership with the State University of New York at Buffalo allows the company access to an 8,000-processor, cloud-oriented infrastructure to support its modeling and simulation software, and it offers clients the options of a one-time service or licensing for the software.

The company is currently focused on helicopters and, especially, wind turbines, where opportunity is abundant. With funding and incentives from the Recovery and Reinvestment Act of 2009, wind turbines multiplied across the country, but they experienced widespread mechanical problems, Thomas explains. “All of a sudden, they were sitting there like a ’57 Chevy on your friend’s lawn, up on blocks because you can’t buy parts.”

Wind energy was running 11 cents per kilowatt hour, compared to 1 or 2 cents for nuclear power and around 4 cents for coal and gas. Now, thanks in part to improvements due to Sentient’s software, he says, wind energy is down to about 3.5 cents per kilowatt hour. “This technology is doing as much to make renewables economically viable as the Federal Government’s provisional tax credit.”

In August 2014, the U.S. Small Business Admini-stration awarded the company the Tibbetts Award, the Government’s highest recognition of outstanding technical and commercial achievements under the SBIR and Small Business Technology Transfer programs.

Since the technology’s validation with NASA data, Sentient’s staff grew from 10 to 26 by 2014, and annual revenues rose from $1 million in 2010 to $3.5 million in 2013. The company plans to go public in 2016 or ’17 and is currently raising capital to break into more industries, such as aerospace, medicine, and automotive manufacturing. “That capital is to expand to other industries here in the United States, to give American manufacturers and operators a competitive advantage,” Thomas says.

“We’re so grateful to NASA for showing up at the time they did.” 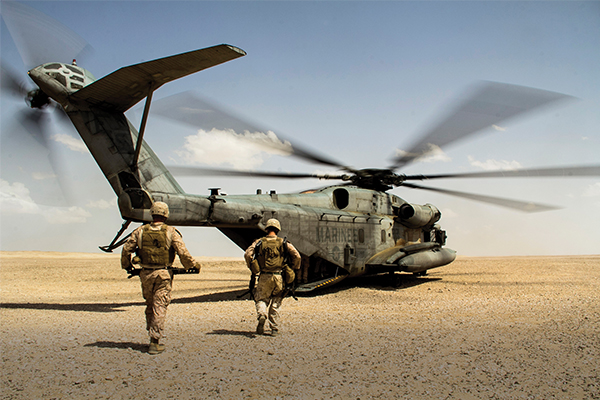 DigitalClone was first validated on a helicopter spur gear at Glenn Research Center and, in the following years, came to be used on several military aircraft, including the Super Stallion, pictured here. Image courtesy of the U.S. Marine Corps 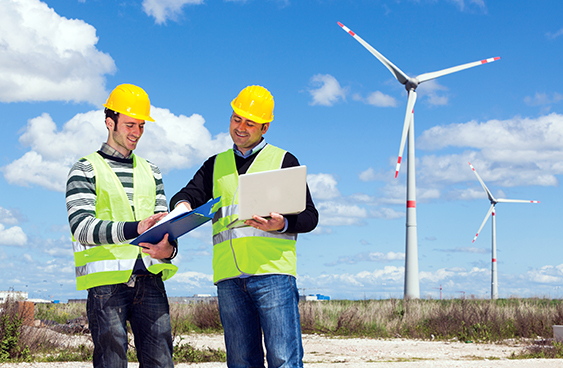 DigitalClone Live had its first sale in mid-2013, and by late 2014 it was in use on more than 5,000 wind turbines from eight operators in North America.