Cryocoolers Fuel Exploration in Space and on Earth

Studying solar flares and particle acceleration requires cool heads and lots of intricate planning. When NASA was preparing to launch the Reuven Ramaty High Energy Solar Spectroscopic Imager (RHESSI), it needed a special kind of cryocooler that could operate in the extreme temperatures of space for a long period of time without breaking down. Cryocoolers have many uses in space and on Earth, and NASA was looking for one to keep the detectors aboard RHESSI at a steady temperature of -324 °F, or just 75 K .

To save time and money, the Agency wanted to leverage what was already available on the commercial market. To that end, it quickly became interested in cryocoolers made by Athens, Ohio-based Sunpower Inc.

What impressed NASA most was the efficiency of Sunpower’s devices, which are powered by a set of thermodynamic processes known collectively as the Stirling cycle. The cycle works by taking advantage of the shifting pressures created by heating and cooling an enclosed gas to move pistons back and forth, ultimately transferring heat away from the cooler and, in the case of a spacecraft like RHESSI, radiated into space.

Attractive too was the durability of Sunpower’s devices. Previously, to achieve long lifespans, NASA relied on custom-made cryocoolers that cost millions of dollars. In other applications, the Agency would save on costs by using less expensive but short-lived tactical coolers. Sunpower’s off-the-shelf models cost a little more than their inexpensive competitors but are also rated by the company with a design life of at least 5 years—with their current mean time to failure clocking in at 200,000 hours, or 23 years.

Finally, the company’s coolers included multiple other design features that lend themselves well to meeting some of the challenges posed by RHESSI’s environment. For example, the pistons in Sunpower’s cryocoolers don’t use liquid lubricants, which would freeze in space and become useless. Instead, the device keeps its pistons centered in their cylinder bores by using gas bearings, which act in a similar fashion to the air jets on an air hockey table. The company’s space-rated coolers are also fabricated using high-vacuum compatible materials, which do not allow the working fluid, in this case helium gas, to leak out—a difficult task considering the small molecular size of the element.

“We often joke that there are two moving parts in these machines. How difficult can a machine with two moving parts be?” says Stuart Banks, a senior cryosystems engineer in the Cryogenics and Fluids Branch at Goddard Space Flight Center. “When you put on all the constraints and conditions these machines have to operate under, they’re a real challenge.”

The Agency purchased some commercial cryocoolers from Sunpower for testing and then worked with the company to qualify them for space. When RHESSI launched in February 2002 aboard a Pegasus XL rocket, it carried a Sunpower M77 cryocooler. And while the primary mission was slated for just 2 years, RHESSI has carried on for an additional 13.

In total, the company has been awarded 18 Small Business Innovation Research (SBIR) contracts by Goddard and Glenn Research Center for the development of at least a dozen coolers for space applications. SBIR work since RHESSI’s launch has included efficiency improvements to the Stirling engine and the incorporation of thermoacoustics—the use of sound waves to transfer heat—to further reduce moving parts.

Among the company’s cryocoolers built to NASA specifications are at least a dozen currently used on the International Space Station (ISS) for scientific experiments at cold temperatures. The cryocoolers are incorporated into a refrigerator-like product that “looks like a little dorm fridge,” says Jimmy Wade, Sunpower’s business development manager. Of course, no dorm fridge is capable of reaching 40 K.

While somewhat of a niche product, Sunpower’s cryocoolers have a solid base of customers. Most cryocooler applications are for various kinds of detectors. “Infrared detectors on high-end telescopes use our cryocoolers to cool them,” Wade says. “There are also scientific, commercial, and military applications that need high-end detectors, multispectral or hyperspectral detectors, nuclear detectors, or germanium detectors and require our coolers.”

Another use is in high-temperature superconductivity (HTS), for materials that act like superconductors at temperatures ranging as high as 100 K (roughly -280 °F), a balmy environment compared to the more traditional operating temperature of superconducting materials, which is closer to 4 K. There is currently significant research and development exploring HTS materials which may soon produce commercial HTS products such as bearings, levitating trains, and engines that would be used in large applications such as wind turbines and ships. Wade says, “There are a few technical challenges remaining, but several companies are investing heavily to make HTS products a reality.”

Generally speaking, cryocoolers are used just about anywhere liquid nitrogen is used, including nuclear-magnetic resonance instruments needed by scientists who conduct research in cold sciences. Wade says Sunpower is in a good place for dealing with such niche applications when it comes to commercial or space-oriented cryocoolers and credits NASA for both the development of Sunpower’s products and the boost in reputation that comes from having a product on the ISS.

“It’s definitely helped make our product better,” he says. “If you make NASA happy, you’re going to make 99 percent of the rest of potential customers happy, because they have such high standards. That’s helped improve our product. Of course, the ability to say we have a cryocooler orbiting the Earth for the last 12 years is helpful, too.”

“Our products are made in Appalachia,” he says. “We are providing jobs to a community that needs jobs, and we’re as high-tech as you can get.”

Abstract
When NASA needed a cryocooler to install on the Reuven Ramaty High Energy Solar Spectroscopic Imager, engineers at Goddard Space Flight Center turned to Athens, Ohio-based Sunpower Inc. for help. The company_s cryocoolers feature just two moving parts and have a long lifespan. After 18 SBIR contracts, the company has a dozen models of cryocoolers that are aiding research in space and are employed in high-powered telescopes, multispectral and hyperspectral scanners, and superconductors on Earth. 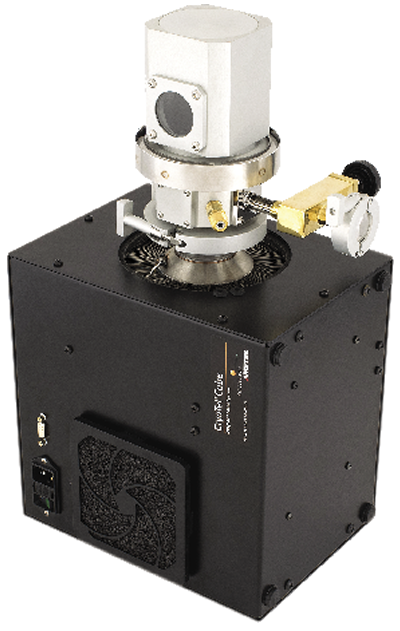 Sunpower’s CryoTel CT-F cryocooler has made more than 30 launches into space and is capable of reaching and maintaining temperatures ranging from 39 °F to -301 °F. 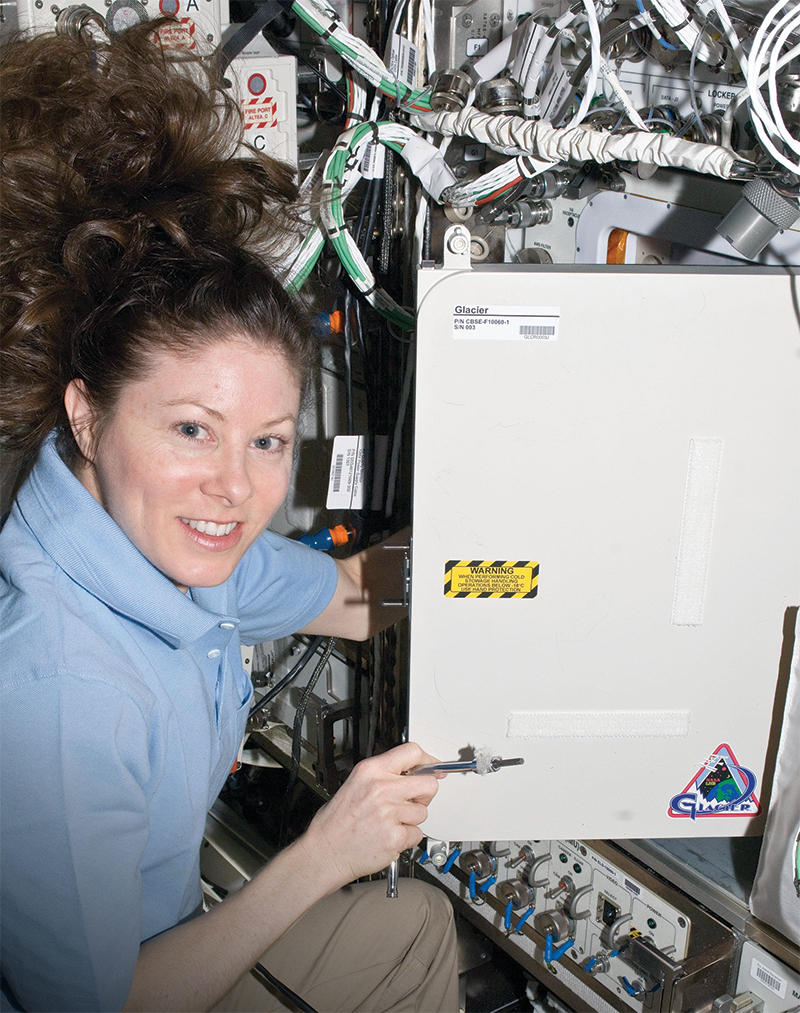