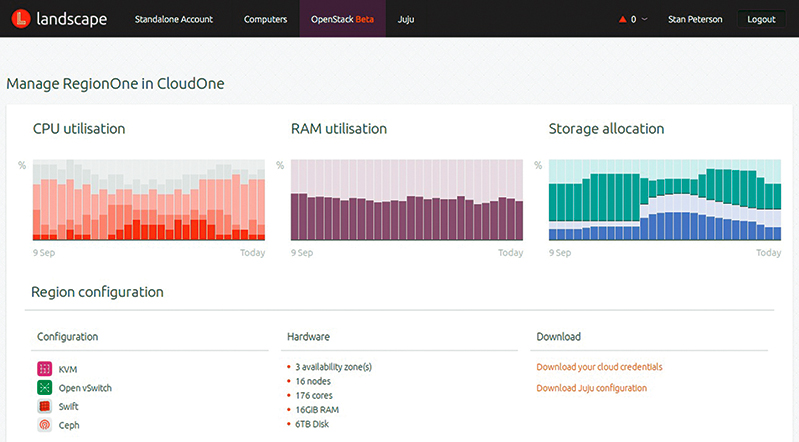 When a small group of NASA software developers met with representatives of Rackspace Inc. at a Thai restaurant in early 2010, few would have predicted that the unassuming partnership they formed would change the face of an entire industry. Just a few years later, however, OpenStack—the open source cloud-computing platform they created—is living proof that it did. The software’s diverse user base, for example, includes CERN, Europe’s research organization famous for its particle-smashing colliders; Walmart’s entire online shopping operation; and the Wikimedia Foundation, which runs Wikipedia, one of the world’s most visited Web sites.

Cloud computing came into its own as a technology starting at about the end of the 2000s. As the metaphor implies, it signifies the centralization of hardware and software resources (in the “cloud”) apart from individual devices that utilize them. There they can be more easily secured, efficiently managed, and frequently upgraded.

In 2009, when NASA determined it needed a cloud-computing platform for internal Web services, the industry landscape was dominated by a few large players, all of whom were offering proprietary solutions. NASA’s team of developers believed that an open source alternative could potentially address the needs of a broad and very large community, encompassing everyone from academic and government researchers to large and small businesses. As there didn’t exist any such alternative in the market, they set out to create it themselves.

It was an ambitious goal, and the developers’ open source idealism caught the attention of Rackspace engineers, who were attempting a similar project on their own in order to bolster the company’s core business of hardware sales and services. Representatives of the company reached out to the Space Agency in 2010, and within a couple of months NASA and Rackspace’s collaboration was born, resulting in OpenStack and later followed by the formation of the independent nonprofit OpenStack Foundation to foster its development (Spinoff 2012).

Among those at Rackspace who participated in the partnership was, coincidentally, an engineer who had recently held another job working on cloud technologies at Canonical Ltd., an international organization based in the United Kingdom with offices in Boston. The company is best known for Ubuntu, a Linux-based operating system found in desktop computers, mobile devices, high-powered machines such as servers and supercomputers, and public cloud infrastructure like that run by Amazon Web Services. Like NASA and Rackspace, Canonical was at the time exploring cloud computing, with a particular interest in fostering open source development within that space.

“In 2009, Ubuntu was very focused on Amazon Web Services and pushing hard into providing tools to allow people to create Amazon-compatible cloud infrastructure,” explains Mark Baker, cloud and OpenStack product manager at Canonical. “We’re by far the most popular operating system on Amazon.”

Canonical’s early foray into this area, a technology called Ubuntu Enterprise Cloud, was actually used by NASA as the Agency’s developers created what would become OpenStack. By 2011, however, OpenStack’s development had outpaced that of its alternatives, and Canonical executed a transition to make OpenStack the engine for Ubuntu’s in-built cloud-computing platform. It began by integrating OpenStack’s software packages into Ubuntu’s repository, where anyone could download them, says Baker. “But it soon became clear that, in order to get businesses that aren’t focused on technology to understand how they could benefit from using OpenStack, we needed to create a polished product that is easy to deploy, use, manage, and scale.”

“Early adopters of OpenStack were technically savvy and had the depth in engineering to make it happen,” adds Arturo Suarez, a product manager at Canonical. “Big names like AT&T, eBay, and Hewlett-Packard. As recently as 2013, using OpenStack meant manually coordinating a dozen pieces of technology and getting them to talk to each other across many servers. Even installing it was beyond most organizations.”

In the fall of 2014, Canonical announced a new evolution in its distribution making OpenStack available to the masses: a suite of software known as the Canonical Distribution of OpenStack, which delivers an automated and integrated means of deploying, scaling, and operating OpenStack in conjunction with third-party technologies.

“The tool we’ve developed allows people to go from downloading OpenStack to building a functioning cloud in around four clicks,” says Baker. “We provide a simple but intuitive dashboard that gives you control over how much storage and compute you’re allocating out of what’s available, as well as tools to add or remove capacity.”

Baker and Suarez are quick to note that, for companies looking to push the limits of scalability and performance, the Canonical Distribution is not yet a replacement for a smart team of engineers. “It’s great for that part of the market wanting to build and operate OpenStack in conjunction with third-party technologies,” says Suarez.

Even before the announcement of the Canonical Distribution, Ubuntu was by far the most popular operating-system layer beneath OpenStack deployments worldwide. According to a user survey conducted by the OpenStack Foundation in November 2014, Ubuntu underpinned 64 percent of deployments, more than three times the share of its closest competitor. With its new product, the company hopes to see instances of Ubuntu-based OpenStack deployments increase still further.

Among the software tools paired with OpenStack in the Canonical Distribution is a graphical dashboard for monitoring and managing hardware, computing resources, software upgrades and patches, and any disruptions to service. The software allows remote control over, and even the automation of, processes that until now required engineers to visit a data center to manually work on physical machines. It can also configure and integrate applications running in the cloud and coordinate how those applications are delivered to the outside world.

But more than providing polish and enhancements to OpenStack, the Canonical Distribution serves as the heart of a tightly integrated and expanding set of services that the company now offers.

For bigger companies with demanding scaling and performance needs, there is Canonical’s service called Extreme OpenStack. “We have helped very large businesses implement OpenStack,” says Suarez, noting that the company’s resulting portfolio demonstrates that it stands ready to help still others push the limits of the software’s capabilities.

Businesses with more typical requirements can purchase a full-service cloud deployment, built and managed by Canonical, for a standard monthly fee. Called BootStack, the service lasts as long as the client needs someone to manage their cloud for them, but as soon as they are “ready for us to hand over the keys,” says Baker, Canonical will train the client’s staff to take over and ensure a smooth transition.

For those sitting on the fence, Canonical offers training in classrooms or onsite at the client’s place of business, as well as flexible pricing plans to let customers try out the technology. The company can then decide whether to run its own cloud, purchase Bootstack services to let Canonical run it, or just abandon it altogether without investing additional resources. “We try to make it easy for our customers to analyze the cost of the specific services they are running and make educated decisions on where to run them,” says Suarez.

Now a billion-dollar technology in its own right, OpenStack continues to evolve and develop at a furious pace. “It’s fair to say that OpenStack is just getting going,” says Baker. “There are a lot of places it can go, and a lot of us in this space are aiming to make it more broadly accessible to organizations over the next few years.”

Abstract
Shortly after software developers at Ames Research Center partnered with industry to create OpenStack, the world_s most popular open source cloud-computing platform, Canonical Ltd., an international organization with offices in Boston, incorporated the software into its Linux-based operating system called Ubuntu. Canonical then created a tightly integrated suite of hardware and software products based on OpenStack that make cloud computing available to more users than ever before. 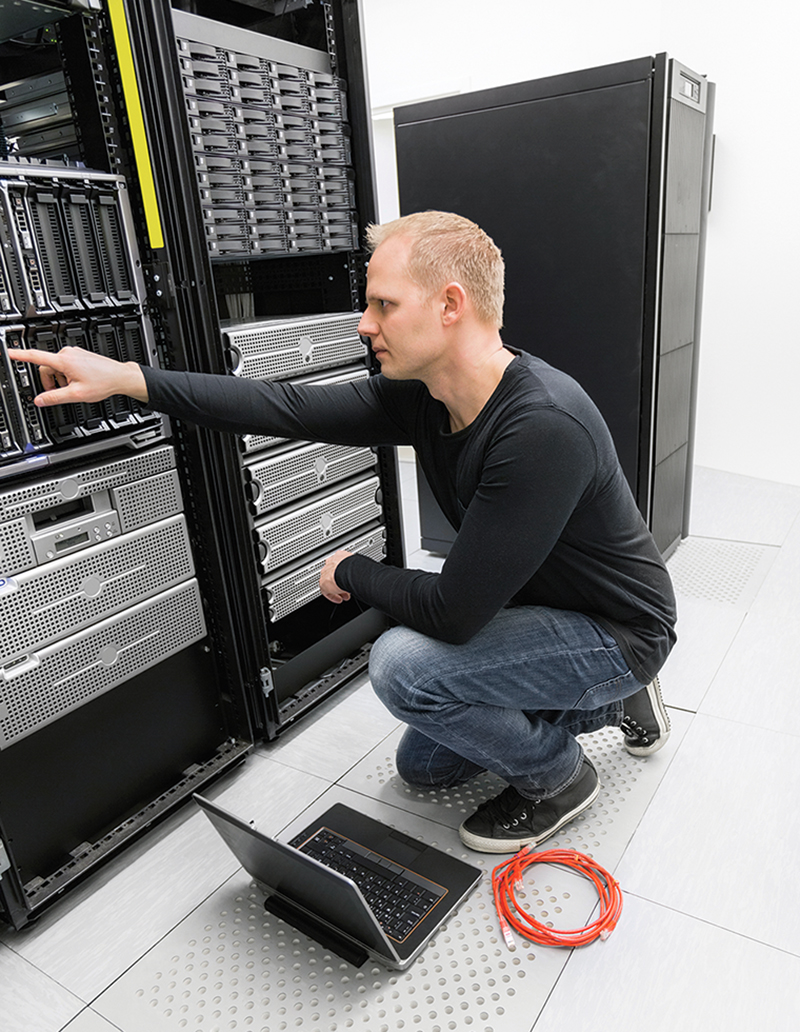 The Canonical Distribution manages and even automates many tasks that until now have required engineers to visit data centers.

Early adopters of OpenStack were typically big companies that could devote entire engineering teams to making it work smoothly. Canonical’s free and open source distribution of OpenStack combines the platform’s power with ease of use. Users can progress from downloading the files to a completed installation within a few mouse clicks, and Canonical provides intuitive, graphical interfaces to control every aspect of its cloud resources.