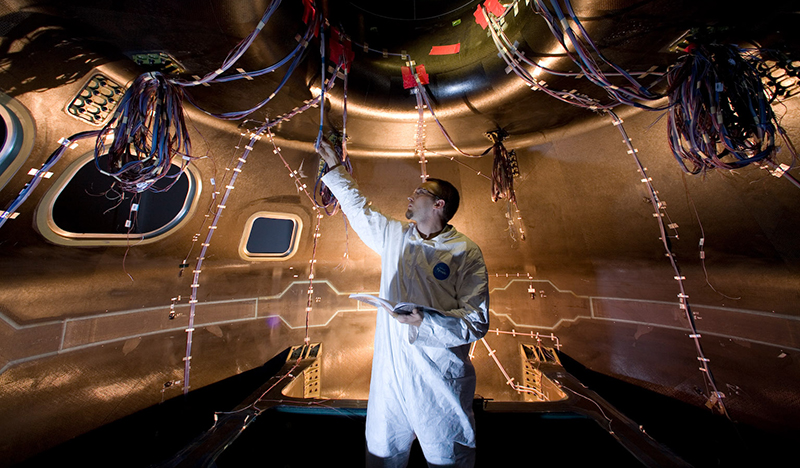 Sharing computer code with the private sector has become a major component of NASA’s Technology Transfer Program, with the Agency’s latest software catalog including more than 1,000 programs available for free. NASA also licenses some of its most successful programs, but when Craig Collier was developing the ST-SIZE computer program for Langley Research Center in the late 1980s and early ’90s, the Agency had never before issued a software license.

Collier was part of a team working on the National Aerospace Plane, known as X-30. This was to be a “single-stage-to-orbit” vehicle, capable of flying into low-Earth orbit at 20 to 25 times the speed of sound and returning for a runway landing. An unconventional vehicle required unconventional designs, and the ST-SIZE software was created to help determine the best materials and configurations to keep the spaceplane as light as possible. “We had to have a tool to be able to very rapidly estimate how much it was going to weigh,” Collier explains.

Budget cuts resulted in the termination of the X-30 program in 1993, but NASA has continued to have an influence on the development of later iterations of what became a widely used design tool. Recently, engineers at the NASA Engineering and Safety Center, also located at Langley, used a version of the program to create alternate designs for the Orion Multi-Purpose Crew Vehicle and its heat shield carrier. A number of features were added to the software to facilitate the design of a capsule that would careen back into Earth’s atmosphere at almost seven miles per second, reaching temperatures of more than 4,800 °F and finally smacking into the ocean surface.

While the spaceplane may never have taken off, ST-SIZE did, under a new name.

Following the cancellation of X-30, Collier went on to found the Newport News, Virginia-based Collier Research Corporation, which, in 1996, obtained a license for ST-SIZE, becoming the first company to license NASA software. “I just wanted to keep working on the code,” he says. “You’re young, and you’re bold, and you’re fearless, and I had always desired to be able to create something as a tool-builder.”

He says, “I was looking for new applications for the code at the time, but I didn’t really have a practical sense about how to take a code made for a hypersonic vehicle and apply it to more practical purposes.” At a time when industry had little interest in even supersonic vehicles, considerable alterations had to be made to the program.

Retooled and repackaged as HyperSizer (Spinoff 1997, 2003, 2009), the program was marketed as a design optimizer, one that could calculate the weights of different vehicle configurations based on their materials and also suggest design changes according to the loads a structure needed to handle. Beginning in 2005, Langley and Glenn Research Center funded improvements to the software through the Small Business Innovation Research (SBIR) program that would make it more versatile and better suited to design alternate crew capsules.

In its current form, HyperSizer can tell the user how laminates should be stacked, how thick the metal should be in a given area, how thick flanges need to be, how far apart stiffeners should be spaced, and other structural details. Thanks to a 2010 NASA SBIR contract, it is also able to alter designs for manufacturing ease, minimizing the number of ply cuts, ply drops, and layers of laminate and the number of starts, stops, and turns the factory’s tape head will have to make when cutting the parts for the body.

“We optimize to create very large pieces to eliminate all that specialized cutting,” Collier says, adding that the program now includes a slider that allows the user to prioritize weight versus ease of manufacture, to varying degrees. “What we put into the designer’s hands is the ability to find his balance for his product.”

The work on the capsule and its heat shield carrier also resulted in other capabilities being added to the software, such as the ability to analyze for plasticity and snap-through buckling, Collier says.

“This tool allowed us to explore many more different options in the time we had available than we could have otherwise,” says Mike Kirsch, deputy director of the NASA Engineering and Safety Center, whose team used HyperSizer to help explore alternate materials and configurations for the Composite Crew Module. Years ago, he says, the work would have required a multitude of spreadsheets, databases, and hand calculations.

The original capsule was designed with an aluminum-lithium pressure vessel, but NASA leadership was curious how a carbon-graphite alternative might perform. When Kirsch’s team members undertook to design the alternative vessel in 2007, they didn’t think it would be feasible, but using HyperSizer, he says, “We were able to get some data to say we could overcome those concerns.”

In 2012, he led another team in an effort to design an alternate heat shield carrier for the Orion Multipurpose Crew vehicle that would shed 800 pounds from the original 3,100-pound carbon-graphite design. They ended up with an all-titanium configuration that weighed just 1,600 pounds. “It was the HyperSizer code that allowed us to come up with that,” he says. “It allowed us to compare all different varieties of configurations. We could compare and select the one we thought had the best advantages.”

Jim Jeans, president of Structural Design and Analysis Inc., who was contracted as technical lead for the projects, says he resisted HyperSizer when he was first introduced to the software. Now, he’s not only adopted it for use in his company but he’s also become a reseller for the program. “I’ve come full circle,” he says. “I think it’s a great program, and I see a huge market out there.”

Jeans says it would be hard to imagine redesigning the heat shield carrier, with its approximately 20,000 analysis zones, without the program’s help. “I’m not sure we could have done it any other way,” he says. “And I think it enabled one person to do the work of what used to take a pretty good-sized team.”

NASA is far from the company’s only client, though. Collier notes that Boeing, SpaceX, and just about every other American company designing space transport vehicles uses HyperSizer, as do many commercial aircraft companies. It has helped to design Bombardier’s Learjet and Global 7000/8000 planes and Virgin Atlantic’s GlobalFlyer. In all these applications, the company, whose motto is, “20 percent lighter structures in 20 percent of the time,” has saved its clients untold time and money, from the design process to manufacturing and vehicle efficiency.

The program has also found an additional use lately: “What’s happened in the last, say, five years, is that our software can also be used to automate the analysis necessary to get certification of flight-worthiness,” Collier says. HyperSizer is able to generate the reports that show the Federal Aviation Administration how a user evaluated a structure’s integrity.

And, most recently, the software has found an entirely terrestrial application. “We have been successful in taking the software and having it applied to wind turbines in a big way,” Collier says, noting that the company recently signed a contract with the largest wind turbine manufacturer in the country.

There is a general consensus in the wind industry that turbine blades, particularly the increasingly large ones, are not as reliable as they should be, Collier says, adding that structural integrity and weight are major factors that HyperSizer can improve. “That’s very satisfying, to bring our product into an industry we didn’t grow up in.”

He says the company is also making efforts to expand its presence in the automobile, rail, and shipbuilding industries.

Already, though, NASA’s first licensed software earns an estimated annual revenue of around $4 million and is used by companies in 20 countries around the world. 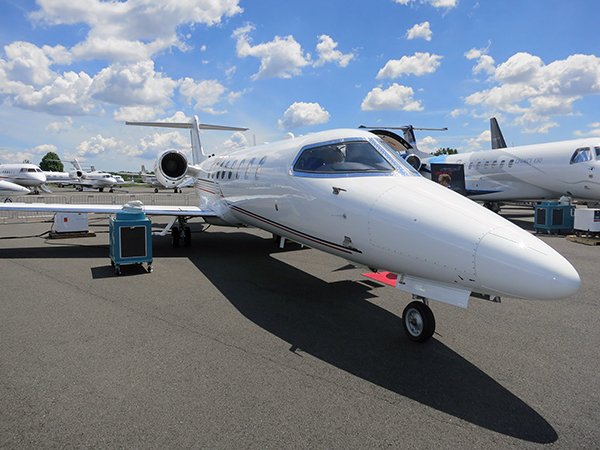 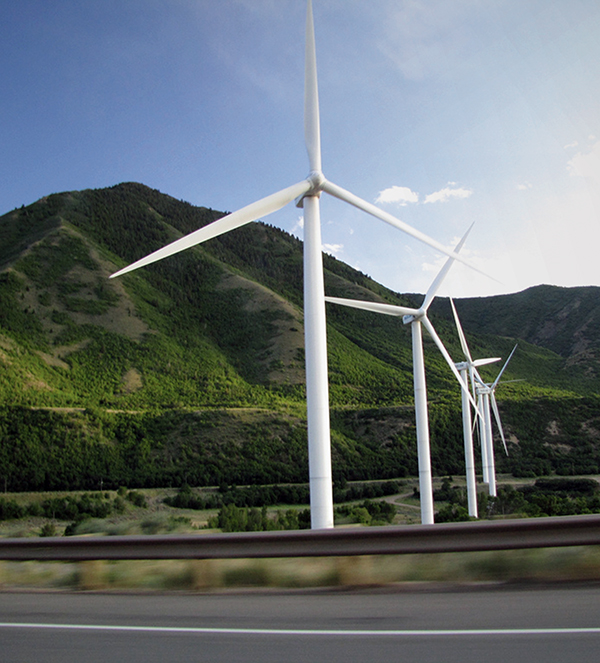 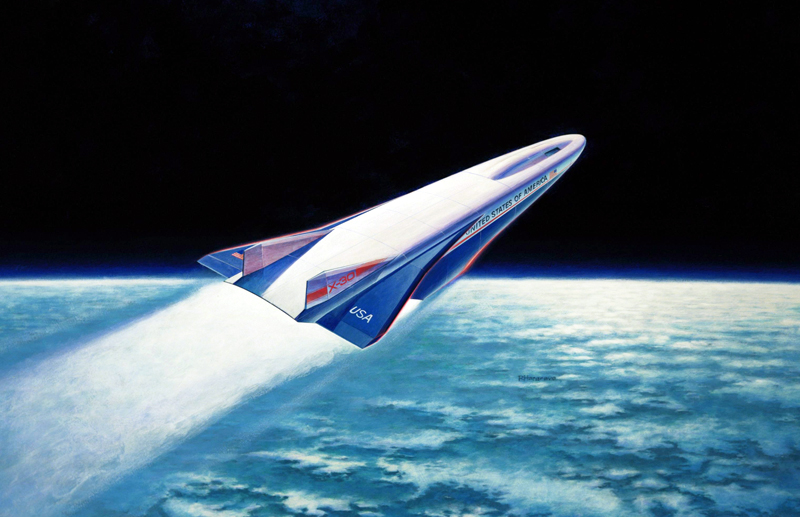 HyperSizer design optimization software has a long and storied history with NASA that goes back to the ST-SIZE program, which Craig Collier created at NASA’s Langley Research Center to explore various designs for the planned X-30 supersonic spaceplane. The vehicle was planned to travel at 20 to 25 times the speed of sound. The project was terminated, but the software later took off in the private sector.

Beginning in 2007, NASA engineers used HyperSizer to design the Orion Composite Crew Module, a carbon-graphite alternative to the original aluminum-lithium capsule. In 2012, HyperSizer was again employed to design a lighter heat shield carrier for Orion. Both projects resulted in significant improvements to the software.