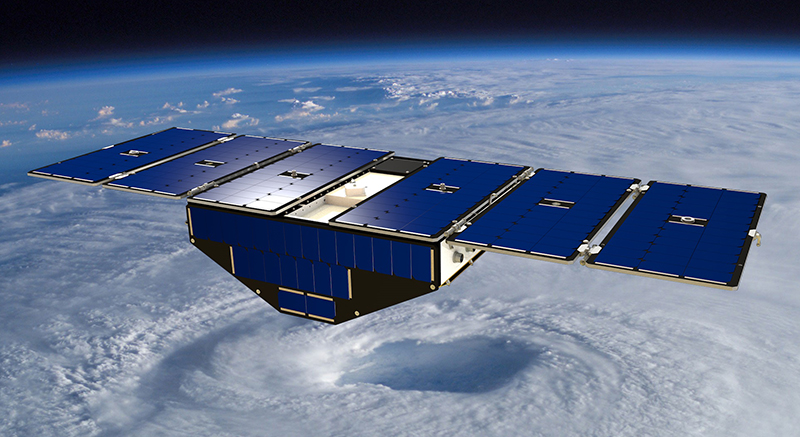 When Alex and Ella Herz were working at Johnson Space Center in the late 1980s and early ’90s, it wasn’t the easiest time to plan payloads for spaceflight.

“It was the heyday of flying a lot of missions on a single Shuttle flight,” says Mark Kirasich, who oversaw Johnson’s payload operations at the time, noting that one flight might carry two or three primary payloads in the bay and a dozen more in the mid-deck. “Scheduling and keeping track of where a dozen different payloads were on a given day was a challenge then.”

Now the couple has used their experience at Johnson, and later at Goddard Space Flight Center, to create software that helps most of NASA’s field centers, as well as hundreds of companies and other agencies, to schedule all sorts of space operations.

At the time, Kirasich says, payload engineers might spend an entire year preparing for a single seven-day Shuttle flight. They were just starting to get their own personal computers, and there was little in the way of scheduling software. “We would pay people to develop unique scheduling tools for various purposes.”

“There were timeline tools to lay down a schedule, and mission-unique tools, but they weren’t reconfigurable,” Alex recalls.

“For each mission it was different,” Ella agrees. “We got a lot of exposure to changing requirements. But you start seeing what types of operations and what types of things come up over and over again.”

Kirasich says he remembers Alex being inclined to develop his own solutions to problems. “He was one of those who brought innovative ideas, so it doesn’t surprise me to hear that they took what they learned and turned it into a new innovation.”

In the mid- to late 1990s, Alex took a job as director of ground systems with Omitron Inc. at Goddard, while Ella went on to work as a quality assurance manager at L-3 Storm Control Systems. Goddard is where Alex met Doug George. They were working on ground systems for the field center’s Vegetation Canopy Lidar (VCL)—planned to be the first space mission of NASA’s Earth System Science Pathfinder Program—and they managed to build a control center with commercial off-the-shelf technology. They wanted to do the same for mission planning, but there were no such tools available, so they created scheduling software from scratch.

“We laid down tasks, tied them to orbital events, put them in a time-ordered table view, and color-coded for different tasks,” Alex recalls. “And you’ve got to define your resources—equipment, satellites, subsystems, people, etc.—that will be scheduled.”

But the program was coded specifically for VCL, a mission that never flew.

In 2000, the trio founded Greenbelt, Maryland-based Orbit Logic, with Alex as president, George as vice president, and Ella as chief operating officer. Their idea was to build ground control centers from off-the-shelf technology, as Alex and George had done for VCL.

“At some point, we needed a planning tool,” Alex says. “Once again, we looked around and couldn’t find anything.”

They had developed a relationship with Analytical Graphics Inc., the company that offers Systems Tool Kit (STK), which Alex and George had used to model flight dynamics for VCL, and the two companies teamed up with another software company, Optwise Corporation, to create a generic, reconfigurable scheduling program for space operations.

They applied for NASA funding through the Small Business Innovation Research program, but researchers at the Agency turned them down. NASA said such a program wasn’t feasible, as each space mission is unique, Ella recalls. “But we did it anyway.”

Orbit Logic’s role in the venture was to create the user interface and timeline views and coordinate scheduling activities with STK and the customized algorithms from Optwise.

The work, including the system of defining tasks, resources, priorities, and constraints to build a space mission schedule, is based both on Alex and Ella’s experience scheduling payloads at Johnson and on Alex and George’s creation of the scheduler for VCL at Goddard.

“If I want to communicate with a satellite four times a day from my three ground stations, that’s a task. If I only want to do it when the satellite’s in the sun, that’s a constraint,” Ella explains. “People’s availability is also a constraint. Once you have all of that defined, you have to have scheduling algorithms that will generate a de-conflicted, validated, optimized schedule.”

Tasks are prioritized according to importance or their necessity to following tasks. If an action is dropped from the schedule, the program will reevaluate the entire agenda based on weighted factors, eliminating conflicts and reconsidering priorities, and, again, generate the most efficient schedule possible.

It then provides various formats for displaying, reporting, or even animating the new schedule.

STK Scheduler was released in 2002, and Orbit Logic has since sold licenses for the program to around 250 customers, including almost every NASA field center and various other government agencies and companies in the United States and abroad.

Among the NASA missions now using the program is the Space Network Ground Segment Sustainment project, aimed at refurbishing the ground systems supporting the satellites that provide communications capabilities to spacecraft in low-Earth orbit. Another is the Cyclone Global Navigation Satellite System, which measures ocean surface winds to improve hurricane forecasting.

The company Orbital ATK uses STK Scheduler to schedule prelaunch, launch, and early orbit activities for many of its space missions, including its GEOStar geosynchronous communications satellites. “Before, they would have used a huge spreadsheet, and changing anything might have taken days,” Ella says. “Now, you make a change and”—she snaps her fingers—“like that, it’s updated.” DigitalGlobe, a major provider of satellite imagery of Earth, is also a customer.

With more and more companies planning constellations of dozens and even hundreds of satellites, automated planning algorithms like STK Scheduler become essential, she says. “You cannot manually plan for that. It would take an army. We can do it in ways that humans absolutely cannot do.” And as more space agencies are created, calls are coming in from around the world, she continues. “Space situational awareness is hot right now.”

The software has also shown potential for many other uses. While space applications have been enough to keep Orbit Logic busy, Ella says, the company has demonstrated its effectiveness for uses as varied as classroom planning, firehouse shift scheduling, light bulb manufacturing, and systems test scheduling. Oil and gas operations are another potential market.

STK Scheduler is one of several products and services Orbit Logic offers, and Ella estimates sales and maintenance of the program represent about 5 to 10 percent of the company’s business, with another 20 percent or so coming from Government contracts based on the software. “Even if Scheduler comes out to a small percentage of our business, the rest of Orbit Logic’s business is also related to mission planning and scheduling software,” she says.

“The STK Scheduler product is why people come to us for scheduling solutions now, even if they don’t end up using it,” Alex adds.

And it’s a product made possible by the company’s roots in the Space Agency. “That’s why the business we founded is a space business,” Ella says. “Because we know space from working at NASA.”

Abstract
Alex and Ella Herz learned about space mission scheduling while working payload operations at Johnson Space Center, and Alex and Doug George later created scheduling software for a planned lidar mission at Goddard Space Flight Center. The three founded Greenbelt, Maryland-based Orbit Logic, where one of their first products was STK Scheduler, a generic, reconfigurable scheduling program for space operations. Orbit Logic has sold licenses for the program to around 250 customers, including most NASA field centers. 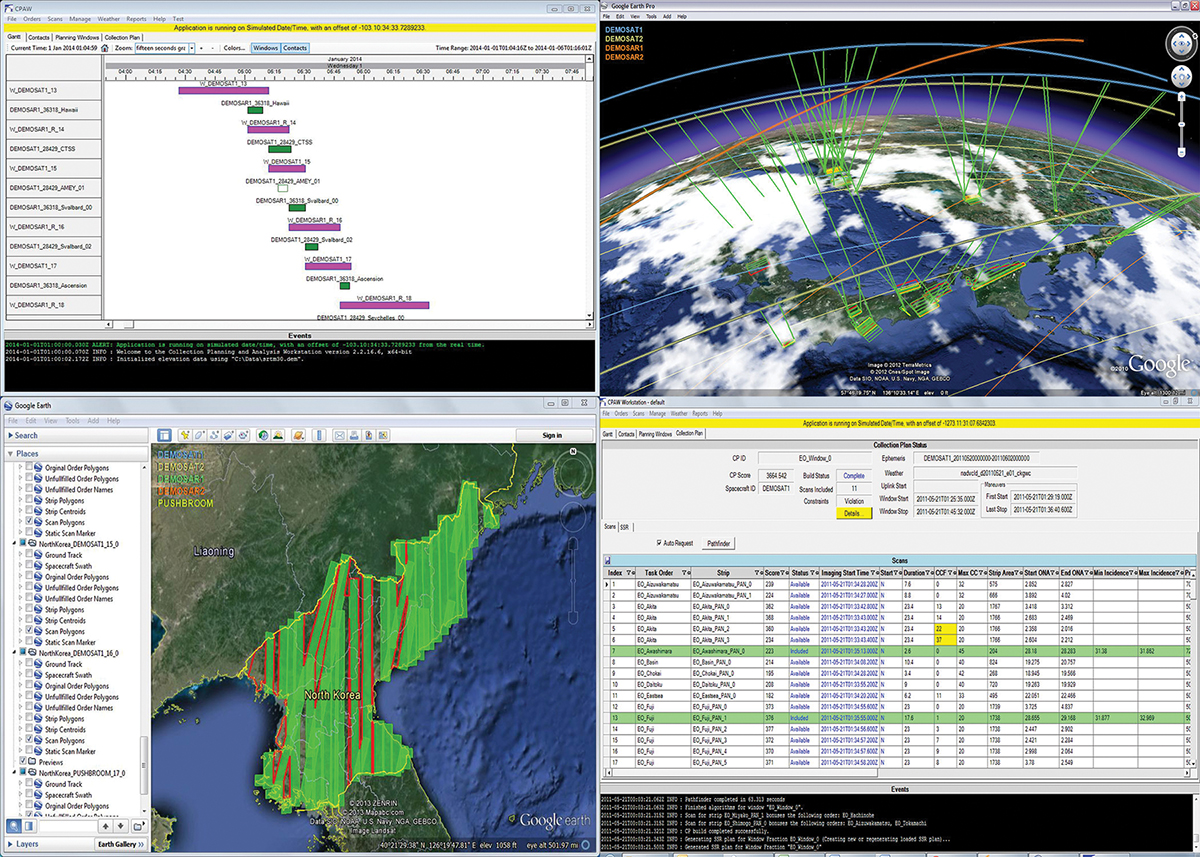 Orbit Logic’s STK Scheduler, informed by its founders’ experience working for NASA, is a generic, reconfigurable scheduler for space missions that generates optimized timelines based on input tasks, resources, priorities, and constraints. 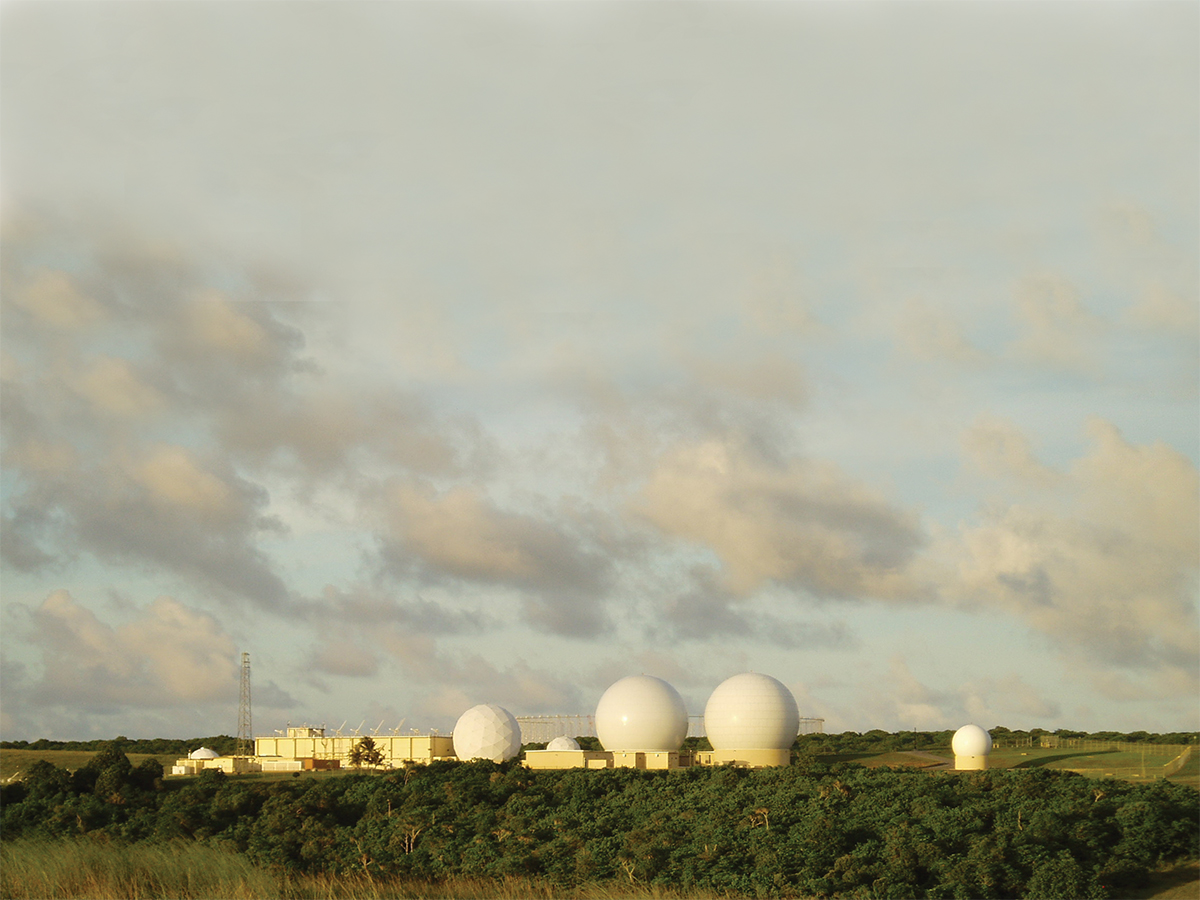 NASA’s Space Network Ground Segment Sustainment project, refurbishing ground systems supporting the satellites that provide communications capabilities to spacecraft in low-Earth orbit, is using STK Scheduler to plan its activities. The ground network consists of three stations—two in New Mexico and this one on the island of Guam.

Among the many NASA programs that now use STK Scheduler to build their mission timelines is Cyclone Global Navigation Satellite System, designed to improve hurricane forecasting.