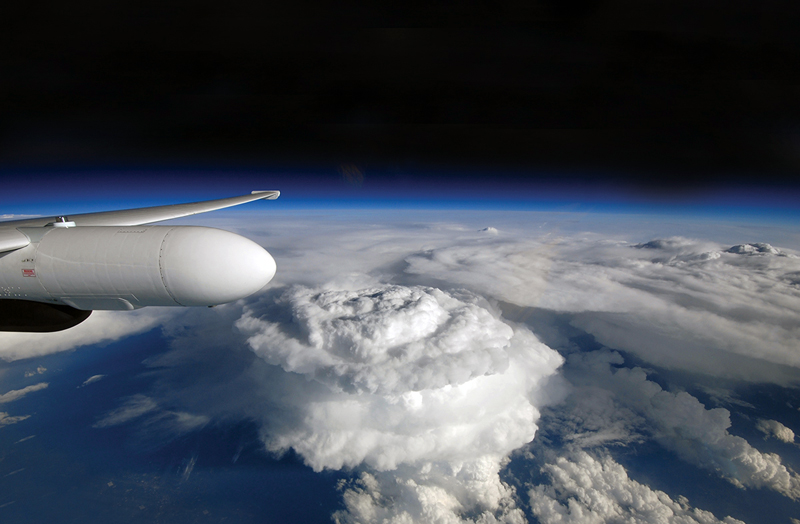 Normally, state-of-the-art technology comes at a cost. But when QuinStar Technology was subcontracted in 2009 to build a power amplifier for one of NASA Jet Propulsion Laboratory’s (JPL) radars, what the company delivered was not only more compact and reliable than the amplifiers typically used in such instruments but also less expensive.

Remote Sensing Solutions (RSS), the prime contractor, had issued rigorous specifications for a solid-state power amplifier (SSPA) to boost signals from a radar operating at Ka-band frequencies—a slice of the microwave spectrum between 26 and 40 gigahertz—to be used in the calibration and validation of an instrument that would one day fly on the Surface Water Ocean Topography (SWOT) mission. The project, a cooperative effort between NASA and the French and Canadian space agencies, will use radar interferometers to create the first topographical map of Earth’s oceans, lakes, and rivers, determining and monitoring the global distribution of freshwater, and examining how ocean currents interplay with climate change, among other studies.

Before its 2020 satellite launch, the equipment has to be tested. So, in 2008, JPL granted the first of two Small Business Innovation Research (SBIR) contracts to RSS to design and build the Ka-Band SWOT Phenomenology Airborne Radar (KaSPAR), which is testing key SWOT instrument subsystems and measurement approach aboard a turboprop plane.

Until recently, power amplifiers for such radars have generally been tube-based, but for KaSPAR, RSS wanted a highly efficient, compact, solid-state amplifier that could operate at high altitude and only required conduction cooling. The SBIR proposal for the project notes that a state-of-the-art SSPA would not only improve the surface-mapper’s performance but also open the way for such technology to fly on long-term unmanned aerial vehicle (UAV) missions. And power amplifiers have a multitude of applications, from communications to electronic warfare, so advancements could play out across a range of technologies.

The subcontractor initially hired to build the amplifier wasn’t able to complete the work, so RSS turned to Torrance, California-based QuinStar, which already had a history of pushing the boundaries of SSPA technology for other Government agencies.

There was little money left on the SBIR contract, and QuinStar, eager to advance its SSPA capabilities, invested a chunk of its own money to develop an amplifier of unprecedented efficiency.

“The one we developed is very highly advanced and very potent,” says Naresh Deo, vice president of business development for QuinStar, adding that the technology is “unique and unprecedented and can serve some purposes it couldn’t before.”

An SSPA routes a signal through an array of amplifiers, each of which boosts its portion of the signal, and then recombines the channels into a single, intensified output. The problem is that power is lost as the signal is recombined, with more channels meaning more energy dissipated when the signal is funneled back into a single pulse.

“What’s different about our power combiners is they’re extremely efficient,” Deo says, noting that, while most SSPAs lose around 20 percent of their amplified energy at recombination, QuinStar’s now lose only 8 percent.

Following delivery of the KaSPAR amplifier, RSS ordered another SSPA from QuinStar for JPL’s Airborne Glacier and Land Ice Surface Topography Interferometer. “With that success, NASA started ordering all their SSPAs from us,” Deo says.

The company has provided similar amplifiers for Goddard Spaceflight Center’s High-Altitude Imaging Wind and Rain Airborne Profiler and for Goddard’s Dual-Frequency Dual-Polarized Doppler Radar and is currently carrying out SBIR work for both Goddard and JPL. Nowadays, Deo says, “We’re always building some amplifier for NASA or its contractors—pretty much constantly.”

Lihua Li, an engineer with the Airborne Science Program at Goddard who has worked with QuinStar on a number of projects, says there are good reasons why NASA would prefer SSPAs to tube-based amplifiers. The solid-state technology does not require high voltage and is lighter, more compact, and more reliable than its predecessors, he says. “It’s a new technology and has been developed quite fast in recent years.”

Goddard intends to develop an SSPA-based radar and install it on the International Space Station (ISS) to monitor Earth’s atmosphere. The QuinStar SSPA planned for this radar has a volume of about 650 cubic inches and weighs seven pounds, Li says. A comparable tube-based predecessor had an approximate volume of 3,200 cubic inches and weighed between 30 and 40 pounds.

Li says tube amplifiers are not only bulkier but require a high-voltage power supply and modulator units that need pressurization in space to avoid electrical arcing.

All these advantages are crucial to space and aeronautic applications, where power is limited and weight and size are kept to a minimum, Deo says. This is why SSPAs opened the way for long-term UAV missions that wouldn’t have been feasible for a heavy, bulky tube amplifier-based radar, for example. “NASA had been denied access to quite a bit of data and flight time because the tube amplifier-based radars were too big,” he says. “With our lower-weight, smaller, more compact SSPA, they could build a compact radar that fits into a small drone.”

Even in a ground-based application, he says, SSPAs present advantages in price and reliability.

QuinStar chose to begin with amplifiers for environmental research, such as the ones it’s made for NASA, but Deo says the biggest markets for SSPAs will probably be communications, which make use of microwave frequencies, and electronic warfare such as devices that overwhelm radio or radar receivers with powerful signals.

He says the company has especially received interest in SSPAs from the Navy, the of Massachusetts Institute of Technology Lincoln Laboratory, and satellite companies. “The interest was there, but now they realize we have the technology,” he says.

The company’s work with NASA continues to advance that technology. QuinStar’s development of a prototype SSPA for the atmosphere-monitoring radar to be flown on the ISS has been funded by SBIR contracts with Goddard and promises to improve power amplification for transmitters operating in the W-band of the electromagnetic spectrum, microwaves with frequencies between 75 and 110 gigahertz.

The communications industry has begun to show interest in operating at W-band frequencies, which offer more bandwidth than the lower frequencies usually used for communications. “You could potentially feed more channels into that bandwidth to carry more signal information,” Li says, adding that W-band transmitters are already used for vehicle collision-avoidance systems, surveillance sensors, and, in defense applications, target-seeking. “It’s a very promising technology, and we’re happy to work on it with QuinStar,” Li says.

Another set of SBIR contracts with JPL is letting QuinStar develop gallium nitride chips for an SSPA to power Ka-band communication links. The technology promises a 5- to 10-fold greater power density than amplifiers made with more traditional semiconductors like gallium arsenide. NASA is interested in the potential power savings for airborne and space remote sensing applications, but the technology would also have broad applications across satellite communications, weather and environmental monitoring radars, aircraft landing systems, security and surveillance radars, and helicopter collision-avoidance radars.

“The technology developed through those SBIRs, there’s a pretty wide potential for the commercial market,” Li says, noting that QuinStar is at the leading edge of solid-state amplifier technology for transmitters operating in both the widely used Ka-band and the emerging market of the W-band.

“QuinStar’s SSPA technology has served our research applications very well, and there are many promising opportunities to transfer this technology to commercial products,” he says.

Abstract
As a subcontractor under an SBIR contract from the Jet Propulsion Laboratory, QuinStar Technology Inc. of Torrance, California, developed a solid-state power amplifier of unprecedented efficiency. While most comparable devices lose 20 percent of their amplified energy when their signals recombine, QuinStar_s lose 8 percent. The solid-state technology requires lower voltage and is lighter, more compact, and more reliable than its tube-based predecessors, making it ideal for radars, communications equipment on spacecraft, and unmanned aerial vehicles. 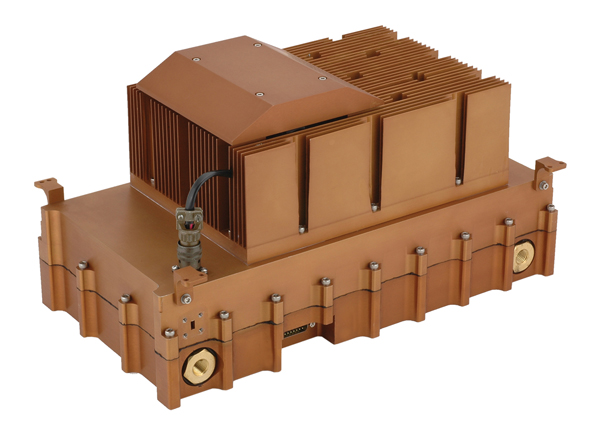 QuinStar and NASA shared the cost of developing a high-power W-band solid-state power amplifier for Goddard Space Flight Center’s Cloud Radar System, which flew on the ER-2 high-altitude Earth science aircraft as part of the 2014 Integrated Precipitation and Hydrology Experiment. The power amplifier helped researchers collect data on precipitation distribution in clouds to improve understanding of precipitation over mountainous terrain, such as this supercell thunderstorm, photographed from the ER-2 as it passed over North Carolina on the evening of May 23, 2014.