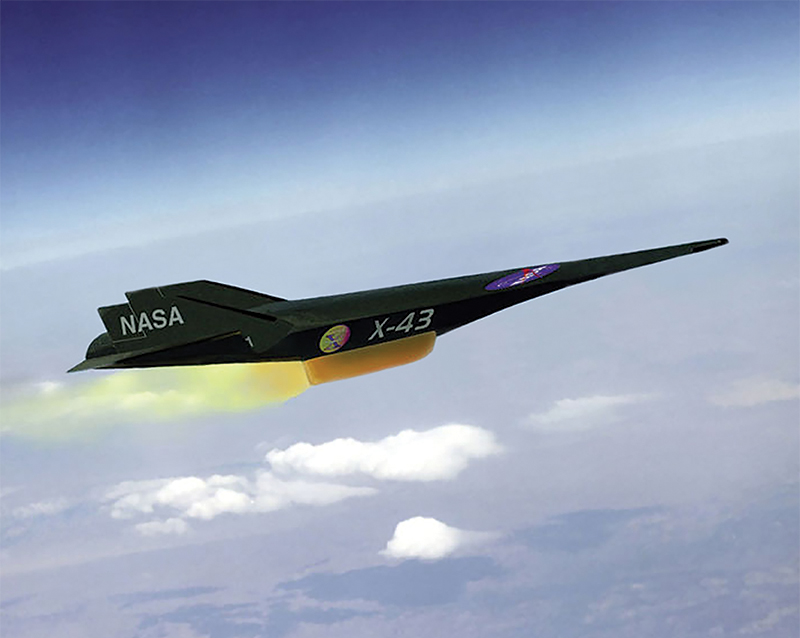 When Mark Jaster was a brand-new graduate, he landed a coveted job at NASA’s Glenn Research Center after two summer internships there, in the heat treatment facility. A decade or so later, Jaster continues putting the skills and knowledge he learned to good use, building a high-end 3D printer that he hopes one day will change how the researchers he worked with at Glenn do their jobs.

“Mark, with his high aptitude, mastered that job pretty quickly,” Ritzert recalls, so he encouraged him to look for opportunities to learn from and engage with the research being done around him once he fulfilled his core responsibilities.

It was an opportunity Jaster relished—and one that, in part, motivated him to push for automating some of the more routine parts of his job in the heat treatment facility.

Jaster helped the team adopt touch screens and data acquisition systems for tools like the furnace that controls pressure and temperature. “By automating these systems we were able to do things more quickly and efficiently and provide more accurate data,” Jaster says. “And this opened up a significant amount of time for me to get to know other researchers and the materials they were developing.”

One of the many side projects he got involved in was an effort to build a complex seal for a hypersonic aircraft, which required a coil spring made from a superalloy metal, able to withstand extreme heat.

The researchers determined that the best way to facilitate casting the part was with a 3D printer. Printers can only fabricate in a limited range of materials, and there wasn’t much research on what the printing process does to the performance of high-end metals. In other words, even if it could be printed in the right metal, it was not clear the final product would work in the same way as traditionally cast materials. Instead, the researchers printed a plastic model, which they used to build a mold for the final product: a nickel-based superalloy coil.

“After working on this project and seeing the possibilities, I caught fire. I knew I wanted to be involved in designing better 3D printers that could actually print with more of these exotic materials that were being developed by my colleagues at NASA.”

Not only could an advanced 3D printer eliminate many steps in fabricating complex parts with proven materials, Jaster says, but it could help speed up the process to prove new materials, a process he was also familiar with from his time at Glenn.

In 2014, after a year of working on 3D printing at another company, Jaster founded PrintSpace 3D in Rexburg, Idaho, and began building the Altair 3D printer.

“The Altair is designed for engineers, for people who are pushing the limits. It prints with over 25 different materials,” Jaster says. “A lot of these are higher-end materials that weren’t generally known by industry. It helped having those materials in the back of my mind, and knowing they exist, because I worked with researchers who developed them.”

“Our goal is to keep bringing more materials to the printer, so users can actually make end-use products and not just prototypes,” he adds, including both materials developed at PrintSpace3D and ones under development elsewhere.

It’s the first big step toward the fulfillment of the idea he had at NASA, when he was working on building the nickel-based superalloy coil.

Beyond the extensive range of materials the Altair can use, it is extremely fast and has a user-friendly interface, Jaster says, both features which benefited from his NASA experience.

For example, one of the limiting factors in a 3D printer’s speed is the hot end, which heats the printing material into a molten liquid just prior to it being deposited and then cooled to a solid state.

Making a better hot end “requires having a good understanding of each material’s properties and their thermal characteristics—something I learned at NASA on the Venus flight project,” Jaster says, where he and his colleagues tested different materials for a hot-side adapter flange that was part of a larger Thermal Management System and learned about controlling where the heat goes and avoiding excess waste heat.

The Altair hot end heats up within seconds—compared to a 5- or even 10-minute delay among competitors, he says—and can work at very high temperatures, which is essential for many higher-end materials and makes the printer faster overall. The hot end is also very accurate in reaching the specific melting point of various materials, which requires control systems that automatically and accurately measure temperatures and pressures.

“If you’re not measuring those well enough, you can always just increase temperature to make up for it. But if you increase temperature too much, other things start to happen,” Jaster says, noting his experience automating the heat treatment facility translated directly to these challenges in improving the Altair’s hot end. Likewise, the development benefited from his knowledge of human-machine interfaces, which he was able to integrate into the Altair.

Soon after PrintSpace3D launched, it won a local business contest, earning the startup $5,000 and increased local recognition. “Being on the news has brought people into the lab who have purchased the Altair 3D printer,” Jaster says.

The company’s customers extend well beyond Idaho, however. Printers have been sold to universities, businesses, and research labs across the United States and overseas.

The base model starts at $3,400. A more advanced “pro” model was released in late 2016, and Jaster says he doesn’t plan to stop there. “We eventually want to be selling printers to industry and to NASA that will solve very specific needs. These will cost closer to half a million.”

Recently this vision has led to a partnership with the Department of Energy’s Oak Ridge National Laboratory. In September 2016, PrintSpace 3D signed an exclusive license agreement to pair an Oak Ridge technology with the PrintSpace 3D printer.

The result will be a printer capable of printing in PEEK (polyetheretherketone), an engineering-grade thermoplastic used in aerospace, medical, and other demanding industrial applications because of its lightweight, non-conductive and shock absorbent properties.

Although it is in high demand, PEEK has proven difficult for 3D printing—to date, very few 3D printers can print with the material, Jaster says.

“This is only the beginning,” he adds. “After the development of the PEEK printer, a metal printer will be our next version. PrintSpace 3D printers will continue to be the printers of choice for engineers who need these types of advanced material 3D printing.” 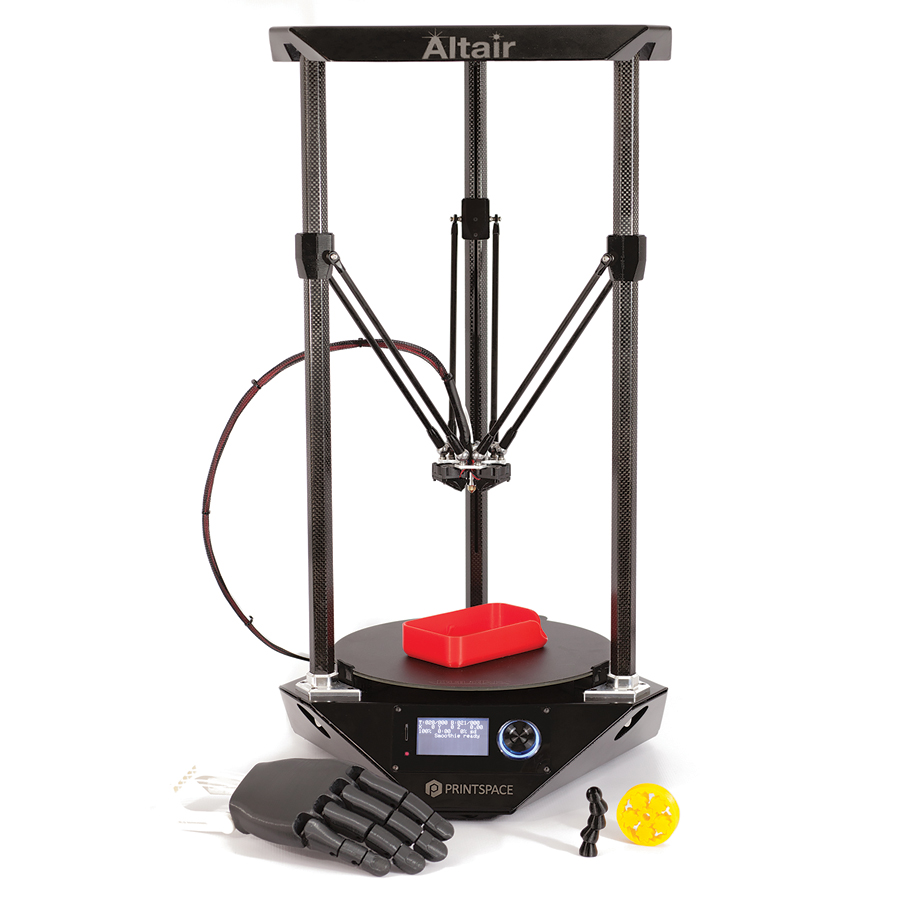 The Altair printer, which comes in base and pro models, can print with more than 25 materials, and PrintSpace 3D is working on incorporating more. The company hopes the printer will help users make end-use products and not just prototypes.

PrintSpace 3D founder Mark Jaster built his expertise in 3D printing and cutting-edge materials during his time at NASA’s Glenn Research Center, including a project to build a superalloy seal for hypersonic aircraft like the X-43, which can fly at least five times the speed of sound.