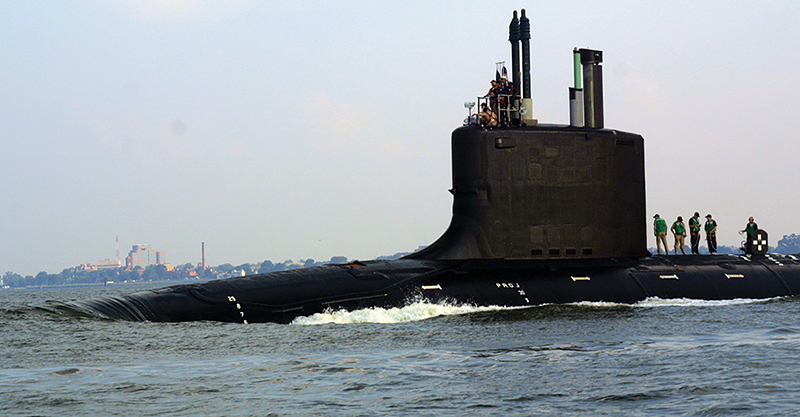 In the mid-1990s, NASA, the Air Force, and McDonnell Douglas Corporation realized they were duplicating each other’s efforts to make better software simulating interactions between air and aircraft. So they decided to team up.

Computational fluid dynamics (CFD) software, which simulates the interaction of fluid—including air—with surfaces, was relatively new at the time, and it was not well trusted by many flight engineers, who preferred physical wind tunnel testing to predict aircraft performance. NASA’s Lewis Research Center, now Glenn Research Center, and the Air Force’s Arnold Engineering Development Complex were each working on their own version of CFD software for spacecraft and formed the National Program for Applications-Oriented Research in CFD (NPARC) Alliance in 1993. The group’s first code was called NPARC.

A few years later, McDonnell Douglas, which became part of Boeing, got involved, offering its own CFD program, which ended up becoming the basis for NPARC’s Wind code, incorporating features of the other two programs.

“Boeing offered their code technology for us to use but said we had to release it publicly and support it,” says Nick Georgiadis, Glenn’s technology lead for Wind.

Available for free to any U.S. entity or individual, it was one of the first public, supported, documented, and validated CFD codes for aerospace flow problems and quickly caught on among Government agencies, aircraft and aerospace companies, and universities. The program was primarily geared toward supersonic flight but is also useful in simulating subsonic aircraft.

In all CFD software, the model requires the area occupied by fluid to be broken up into a mesh of cells, and a set of equations are solved within each cell. In the late 1990s, Wind engineers added new capability to model flow problems with an unstructured grid, allowing the mesh to conform more easily to complex geometries, and Wind became Wind-US, which is still available today, even if it’s not as widely used as it once was.

“The early 2000s were probably the peak, when there may have been 150 organizations across the country that were using it,” Georgiadis says. “It was definitely one of the most widely used codes of any aerospace CFD solver in the U.S.”

One company that still uses the program is Innovative Technology Applications Company (ITAC) LLC, based in Chesterfield, Missouri. President Alan Cain, who founded the company in 1999, began working with the original code at McDonnell Douglas, and chief scientist Chris Nelson, formerly of Arnold Engineering Development Center, got involved around the time Wind was born.

“Maybe 70 percent of the basis for starting the business was access to and understanding of Wind-US,” says Cain, who estimates that in ITAC’s first decade about half of its work was based on the program, whether using it for consulting or helping clients make their own modifications to it. Those customers have included the Air Force, universities, private companies, NASA, and others. “Having knowledge of the problems that could be solved with the code allowed me to found the business,” Cain says.

The company has also made its mark on the software. Part of NPARC’s approach is that, while most of the development has been done in-house, outside innovators who use the program, such as ITAC, can also contribute improvements. “Chris would make changes, and then they would be evaluated and tested and become part of the permanent capability available to others later,” Cain says.

Boeing has also continued to add to the program, whether through contracts or uncompensated contributions. “They’ve given us a lot more technology than they’ve been paid for,” Georgiadis says. “We’ve asked why they stay on, and they say they value our contributions, in particular how we do detailed validation, documentation, and support.”

While the use of commercial software for unstructured CFD has grown in recent years, and Wind-US usage is no longer at the levels of years past, the continued meticulous validation of Wind-US’s code and its extensive documentation, including the online user manual, still offer advantages over many alternatives, Georgiadis says.

Another advantage is the program’s versatility, Nelson says. “The idea was to make this code be a kind of Swiss Army knife for flight CFD.”

“There’s a lot of flexibility and capability to address a very broad range of problems,” says Cain. He notes that Wind-US can be used for steady-state CFD, which provides a sort of snapshot of interactions between fluids and surfaces, or unsteady simulation, which models those behaviors over time. Unsteady CFD is necessary to understand irregular air flows or details of the combustion process, or to calculate time-averaged equations of motion, and it requires “almost unlimited amounts of information,” he says.

The program is also able to account for a fluid’s compressibility, which has allowed ITAC to carry out contract work in aero-optics, simulating laser behavior in which fluctuations in air density affect the speed of light. The same feature let the company investigate the use of a wavy leading edge—imitating the fins of a humpback whale—on the tower-like “sails” on submarines. Whereas air is compressible, water is not. “By knowing all the ins and outs of the code and having complete control, you can work with the model of equation of state to get water behavior,” Cain says.

Several years ago, ITAC did extensive Wind-US-based work for a company called Ramgen Power Systems, which applies supersonic aircraft technology to green energy. As part of the work, Nelson enabled the program to use inputs of known variables like temperature, pressure, and density to calculate unknown variables for different gases. While some other CFD programs have this capability, Cain says, most don’t make it quite as easy to recalculate for different gases.

“With a lot of applications, it’s not that there are no other codes out there that could do pieces of it,” Nelson says. “But this code can do all these things.”

Recently, ITAC has used Wind-US to analyze the wind tunnel at the Illinois Institute of Technology to inform changes that would improve control of unsteady flows.

Cain says Wind-US may have had as large an impact through universities as it’s had directly on private and Government users. It has been popular with educational institutions, which not only can get the program for free but can access the source code and let students make changes. “Students can get experience and take a job in the industry and continue using Wind-US or now have a good enough understanding of the problems and what they’re doing to use other codes,” he says.

“We haven’t kept track of how many papers have been written by users of Wind-US, but that number is certainly in the order of several hundred over 20 years,” Georgiadis says.

In the years since Wind was first built, wind tunnel testing has become more expensive, and CFD has come to be increasingly trusted and relied on, in conjunction with testing. “I think it’s one of many codes that helped advance CFD and trust in CFD technology for aerospace problems,” Georgiadis says. “It’s enabled a lot of successful Government programs and industry efforts as well.”

Abstract
In the 1990s, what is now Glenn Research Center, the Air Force, and McDonnell Douglas cooperated to produce the versatile, publicly available Wind-US program for computational fluid dynamics, which predicts how aircraft surfaces will interact with air. Alan Cain, who worked on a precursor software at McDonnell Douglas, founded Chesterfield, Missouri-based Innovative Technology Applications Company (ITAC) based largely on his knowledge of the program and the problems it can solve. ITAC and others use Wind-US for free through software usage agreements. 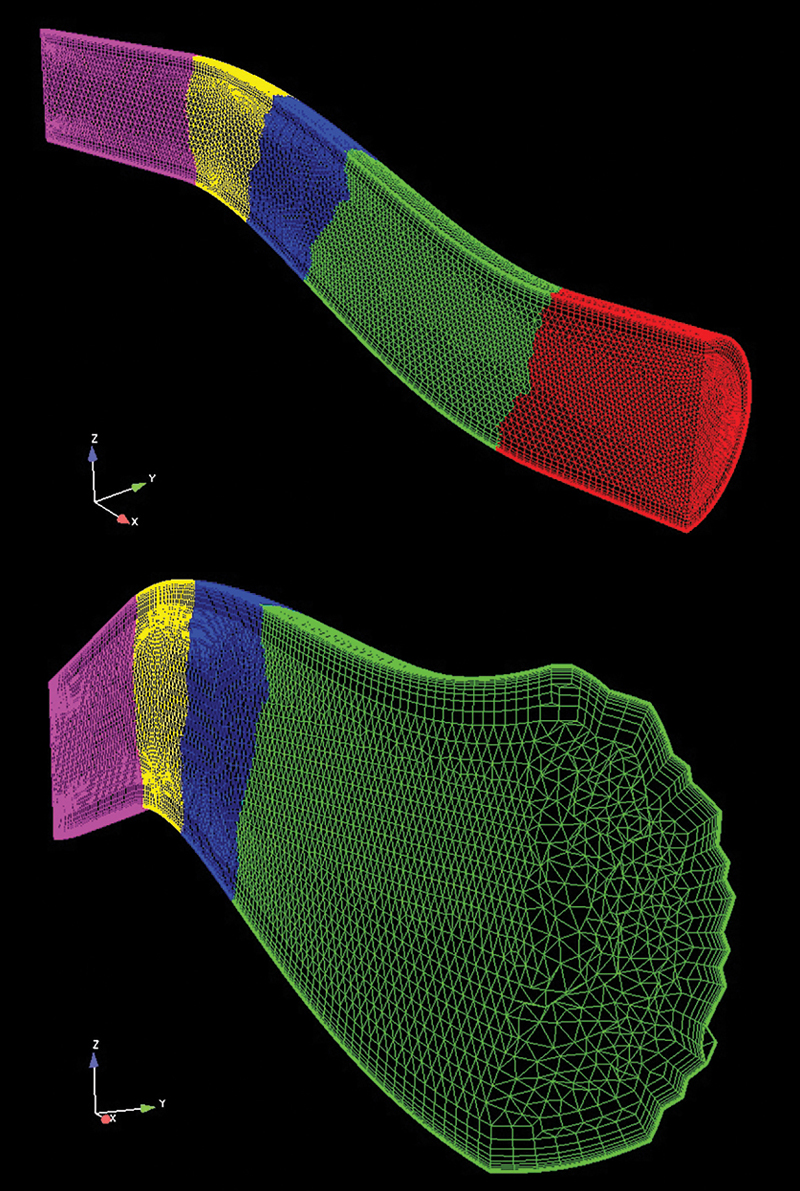 These images from Wind-US show how a jet engine intake duct can be broken into a handful of zones and thousands of tiny cells for analysis. The cells can take on a variety of shapes. 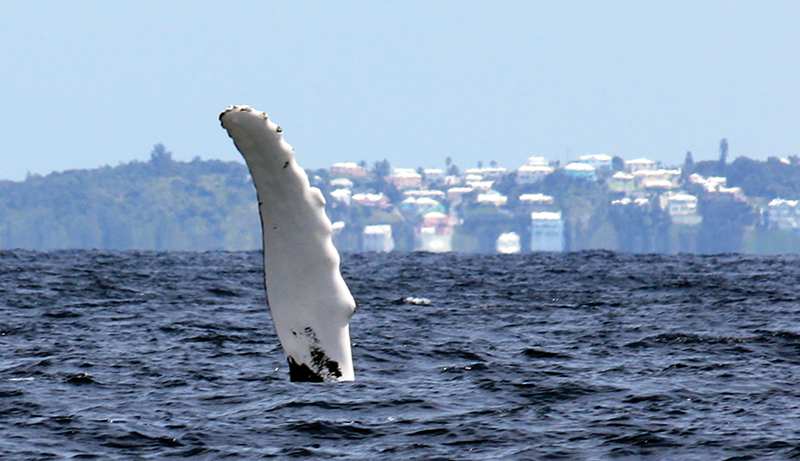 One of many projects in which Innovative Technology Applications Company has relied on Wind-US software was a Navy contract to explore the use of a wavy leading edge, similar to that of a humpback whale fin, on the tower-like “sail” of a submarine.