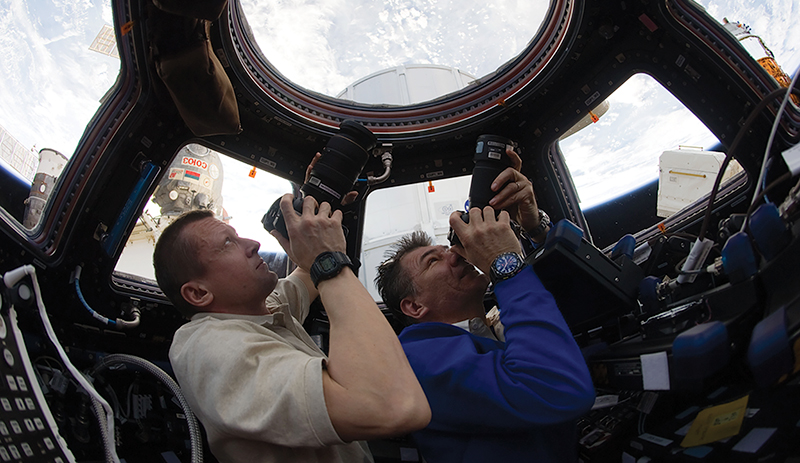 Scientific experimentation is the central purpose of the International Space Station (ISS), where astronauts work toward answers that will be crucial to the future of space travel, such as the effects of microgravity on physiology and how exposure to space alters materials. While we’ve all seen the videos, photos, and tweets astronauts send from orbit, most of the information transmitted between the ISS and Earth is experiment data. As early as 2010, however, the system for downlinking this data was operating at full capacity, limiting the station’s ability to carry out its primary mission. Upgrades were in order.

AMERGINT Technologies Inc., a new company at the time, was already making a name for itself, bringing in customers like the Department of Defense and Honeywell. So the Colorado Springs-based startup was ready when it got its biggest break yet: a contract to provide Johnson Space Center with a new data processor to handle a major increase in communications with the space station.

“When we saw that request for proposals, it looked like a really big challenge for us,” says company president Rob Andzik. “This was by far the biggest work of our early years.”

AMERGINT engineers thought space-to-Earth transmissions could benefit from more flexibility. Spacecraft communications “used to be done with customized hardware and firmware in rigid systems,” Andzik explains. Each function would be carried out by one of a suite of complex and costly devices installed in a rack. Instead, AMERGINT came up with its SOFTLINK architecture, consisting of what it calls Software Devices. Each of these is focused on an atomic function­—a specific task, such as inverting bits. These software modules can be virtually chained together in various configurations to meet the needs of any given application.

It was this customizable software architecture that won AMERGINT the job with NASA. The company already had a small library of Software Devices in its toolbox when it took the project on, but to finish it, the engineers would have to design many more. In particular, adding CCSDS (Consultative Committee for Space Data Systems) telemetry and telecommand support was critical to meeting the needs of the space community.

Johnson’s new Communications Data Processer (CDP), installed and operational in 2013, was part of an overhaul of the entire communications system for the ISS. Upgrades to several components aboard the space station dramatically increased its capacity to relay data to Earth. “The K-band CDP is the most complex communication system we’ve ever put into the control center,” says Jeff Boxell of Lockheed Martin, lead engineer for the Mission Control Center communication system at Johnson, noting that it comprised more than 800 Software Device instances.

The data processor handles about 30 distinct, real-time data streams, receiving, untangling, and distributing an ISS signal that includes video, voice, payload data, and other streams. Meanwhile, it combines command data streams from the control center to send a signal back to the space station. When it was delivered, it had a total data transfer rate of more than 430 megabits per second, about 120 times the speed required for streaming high-definition video. With recently added software, this is now in excess of 600 megabits per second.

The data processor’s success led AMERGINT to further NASA work. For example, the company has since built a data processor for NASA’s White Sands Test Facility, as well as serial conversion processors for White Sands and Kennedy Space Center, both of which interface with Mission Control.

These are all built using the same architecture and framework and many of the same Software Devices found in the data processor the company built for Johnson, much the way the same LEGO blocks can be used to create an endless variety of constructions, Andzik says.

By now, AMERGINT’s customer base has moved well beyond NASA and the Department of Defense, with clients in space agencies abroad and the private satellite and spacecraft industries, all of whom are benefiting from advances the company made to meet NASA’s needs.

“Many of the individual building blocks and the high-performance throughput were developed and tested under the original NASA contract,” Andzik says. “This was no small task and proved our architecture is as scalable as we say. These technologies are now part of our commercial off-the-shelf products, and we’re leveraging them across the board.”

“From an architecture standpoint, these are all the same in the way the devices communicate, the way we deploy them, and how we manage them,” Andzik says. “The space station work was really our first stress test of the architecture, and meeting those requirements made SOFTLINK a rock-solid architecture.”

At Johnson, Boxell is already seeing the advantages of AMERGINT’s modular software approach. With previous, more hardware-based data processors, “any slight tweak you had to make to that processor, you had to go back to the vendor,” he says, a process that cost both time and money.

With the new processor, “we’re not only able to modify their processor, but also can introduce our own software on it,” he says, adding that most vendors are reluctant to let clients introduce any software onto their product. Boxell, too, likens AMERGINT’s Software Devices to a LEGO set, and he says the company will build a final model for the client or just offer the pieces with assembly instructions. AMERGINT even provides a code template to help users build their own software modules.

Andzik says the company benefited from the rigorous testing and security requirements associated with crewed spaceflight, as well as the prestige that comes with successfully supporting a project as high-profile, complex, and stringent as space station communications. “Our customers are now benefiting from a highly tested and robust system that was developed under this project,” he says.

He notes that products like the modem the company provided for GPS communications and the data acquisition system it built for ULA are completely different types of technology than the data processor at NASA Mission Control, but they benefit from the same flexible architecture that was expanded and tested under the work for Johnson. This both reduces costs and allows users to create their own graphical user interfaces and easily add components and software applications. It was the ISS work that determined the company’s systems were robust and reliable enough for the crewed spaceflight planned for ULA.

“When we started building this architecture we envisioned it working on small systems,” Andzik says. “The CDP changed our target. It showed us how robust our architecture is and enabled us to go after these bigger projects and bigger customers.”

As a small company that had to earn its credibility, Andzik says, “this project in particular has been a major feather in our cap that’s led us into some very prominent programs.”

AMERGINT remains a small company, but with its head count—less than 20 when it undertook its first NASA work—now over 50, it continues to grow, providing mission-critical applications that take advantage of the technology it honed for NASA. 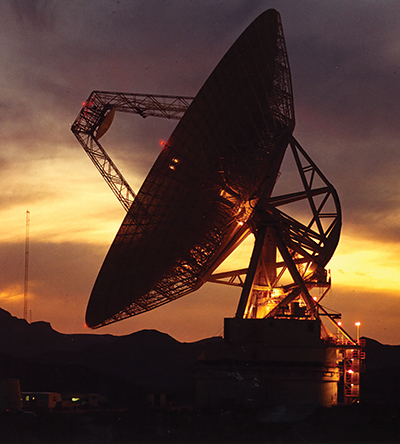 After expanding and refining its SOFTLINK architecture to meet NASA’s needs for space station communication, AMERGINT has gone on to provide space communications systems and devices for numerous other Government and commercial clients.

Russian cosmonaut Dmitri Kondratyev and Italian astronaut Paolo Nespoli take pictures of Earth from the ISS Cupola. Astronaut photography is just one small example of the massive amount of data that streams from the space station to the Communications Data Processer AMERGINT built for Johnson Space Center with its flexible SOFTLINK architecture.