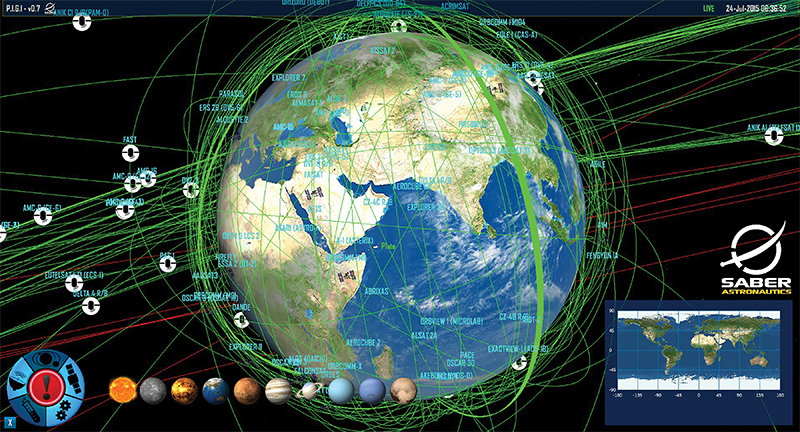 The task of monitoring and diagnosing spacecraft health is getting out of hand.

As satellites and other spacecraft have become more complex, the amount of data they send back, including information about the performance of nearly every component, has mushroomed. Meanwhile, more and more operators are launching not just single satellites but entire constellations that may include dozens of orbiters. Ground crews are left to confront this deluge of data through text-based interfaces on several different computer programs at the same time.

“Most people just plot each data stream they think is abnormal—‘This is getting hot at the same time that this is getting hot, so here’s what’s wrong,’” says Jason Held, CEO of Saber Astronautics, which is based in Sydney, Australia, and Denver, Colorado. “But it’s difficult to be conclusive with that evidence. You’ve got to look at all the different combinations of effects, which no human can do.”

By 2012, he and his colleagues had a likely solution to the problem—user-friendly data-mining software capable of modeling and predicting a complex system’s behavior. For a spacecraft, Held says, “it takes the data that’s coming off these sensors and finds all the relationships between them autonomously.”

But the company needed to validate the program against data from an actual spacecraft.

That’s where Goddard Space Flight Center’s Advanced Composition Explorer (ACE) came in. ACE was launched in 1997 to observe charged particles from the sun, the stars, and other origins, and NASA decided early on that its data would be available to the public.

The spacecraft, which orbits a point between Earth and the sun, has found its most practical use as the workhorse of the space weather community: it warns of solar flares before they cause geomagnetic storms that can disrupt electrical and communications systems on the ground. Warned of an impending solar storm, power companies diminish network loads to prevent damage to transformers, airlines redirect polar flights to avoid radiation exposure, and the military postpones space launches to prevent communications problems.

“One of the reasons why ACE is still funded after 20 years is that so many people rely on the solar wind data,” says ACE project scientist Eric Christian.

Information on ACE’s system health and performance is also made public, but much of the data is averaged or partial, so Saber Astronautics asked Goddard for the entire archive—15 years’ worth—and NASA obliged.

ACE was an ideal test subject because it was of similar size and complexity to most of the day’s commercial satellites, Held says. It had also seen some serious action that would allow the company to find correlations between disturbances in the space environment and system performance, and to see how components interact under stress.

Saber Astronautics had already successfully used its data-mining software in a number of nonspace applications, such as detecting leaks in a water grid, modeling the stock market, and predicting behavior in bank cash flows.

To prove its applicability to spacecraft, the company trained the program using ACE data from two weeks around the 2003 solar flare that remains the most hazardous space weather event ever recorded, building what Held calls a system map—a model of the relationships between everything that affects anything else on the spacecraft. The engineers then used the model to predict performances for three later periods, including three weeks around another solar flare in 2011.

The company found that a few of its metrics needed to be adjusted, but estimations were nonetheless about 97 percent accurate, even for a period eight years after the training window.

To create a user-friendly interface, the company brought a video game designer on board. Instead of spreadsheets, PIGI (the company pronounces it “piggy”) has the look of a first-person shooter, with users able to zoom out, see their entire satellite fleet, click on a craft to zoom in on it, and explode the satellite to see its various components. In the case of any abnormal readings, the spacecraft in question turns red, and with a couple of clicks, the malfunctioning parts turn red.

Held notes that many space startup companies are better entrepreneurs than space engineers, and they tend to make mistakes when it comes to operations. The task is made harder when multiple programs are needed for various operations, such as radiation tracking, dish control, and health telemetry, and data streams are displayed as hundreds of lines of text. For constellations the size of some being proposed, up to 50 or 100 satellites, the task would become virtually impossible even for seasoned space engineers.

PIGI consolidates all these functions in one program with an intuitive interface.

“Operational overhead comes down dramatically when you don’t need 20 PhDs in the room,” Held says, adding that high school students have been able to use the program.

For now, the company is focused on supporting satellite missions. Its first commercial offerings became available in late 2016, in the form of a “casual” license for students and hobbyists, as well as mission control services for satellite companies. The casual license enables mission planning, with software tools to import spacecraft designs, calculate orbits, and model environmental factors like space weather and magnetic fields.

Mission control services can be far more sophisticated, depending on the level of service a company wants. Saber Astronautics can build a high-fidelity system map of a satellite or constellation for the client to use in its own mission control operations, or the company can provide full, real-time cause-and-effect modeling of spacecraft for prelaunch testing and on-orbit operations. Saber can receive and forward a client’s satellite telemetry data, or it can use its full diagnostic capabilities to run a customer’s satellite operations from ground stations it’s planning in northern Canada, Australia, London, and the United States.

The company plans to start selling a license for small business use by early 2018, which would include most of PIGI’s functions short of fully automated diagnostic capabilities. A full, enterprise-level license is expected to be available shortly after that.

In the long term, the company hopes to address the problem of deep-space astronaut missions, such as sending humans to Mars. It takes about 20 minutes for a signal to reach Mars, depending on the positioning of the planets, meaning it could take up to 40 minutes for a malfunction to be noticed by ground crews and addressed back to the astronaut crew.

Normally, Held says, NASA has responded to increasingly complex telemetry datasets by adding more people to Mission Control. “The question we need to ask ourselves is, if the spacecraft is going to Mars, does that really work? And the answer is no,” he says. “They’re going to need PIGI onboard the spacecraft to keep them alive.” 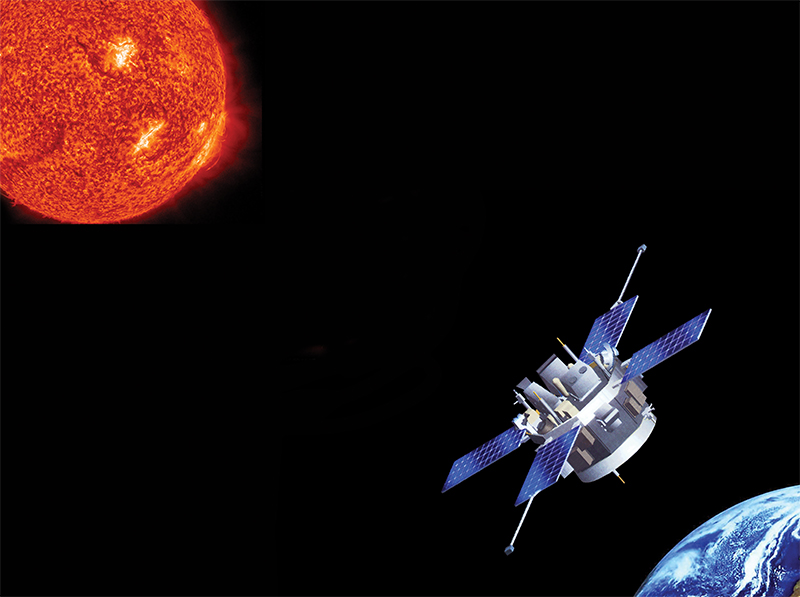 Goddard Space Flight Center’s Advanced Composition Explorer (ACE) has been in space since 1997, observing charged particles from the sun, the stars, and other origins. In 2012, Goddard provided Saber Astronautics with the spacecraft’s entire data archive, which the company used to validate its data-mining software for use in modeling and predicting spacecraft health and behavior. Following successful validation against the ACE archive, the company set about creating its Predictive Interactive Groundstation Interface software.

Saber Astronautics’ Predictive Interactive Groundstation Interface software can monitor and predict the behavior of systems and countless individual components on entire constellations of satellites, a task that would overwhelm even a team of engineers.