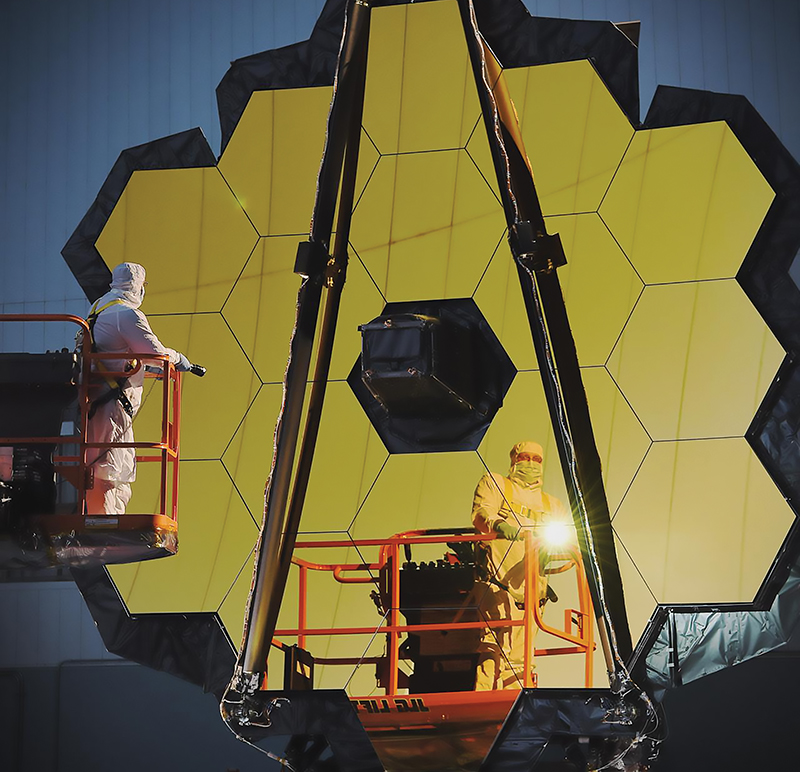 Anybody who has ever tried to hold a camera steady for a long exposure in low light knows exactly what inevitably happens: the camera shakes, and the image blurs. The same can happen with images from telescopes or any other long-range image. In fact, for some very sensitive optics, even ordinary ground vibrations can be enough to throw off the results.

Dubovitsky often works on optics, including systems of mirrors for observational missions like telescopes. The mirrors reflect light in different wavelengths, concentrating it into an image that can be analyzed by other instruments. But before these optics are installed, they have to be tested to ensure they perform as intended.

“For optics that operate in roughly visible wavelengths,” says Dubovitsky, “any motion on the scale of one micron [that is, one-millionth of a meter], or in some cases even much less than that, disturbs the image quality.”

Optics testing is also often done in a vacuum, with ramifications for vibration isolators. “Vacuum is important in verifying optics, because air interferes with light. If you are aiming at space applications, on the ground you need vacuum,” Dubovitsky explains. Even when working with optics that will remain on the ground, a vacuum can be helpful for testing.

Vacuum creates its own challenges, though, especially for vibration isolators, which often use air to make the platform “float” and tend to include hoses and bladders made of rubber, which can outgas or leak, releasing lightweight molecules that could interfere with the vacuum. Air systems also have to be able to vent exhaust gases without compromising the vacuum. Other systems that use electricity risk overheating, because there is no airflow to help dissipate heat.

Faced with a recent project that required an isolator for testing space-ready optics, which requires a fairly high degree of vacuum compared to typical industry standards, JPL turned to a company called Minus K Technology.

NASA has bought several vibration isolators from Minus K over the years—including a system for the James Webb Space Telescope of six isolators, specially built to hold up to 10,000 pounds each. That’s a larger capacity than Minus K had ever built before, and, the company believes, the largest-capacity vibration isolator anywhere for this type of application

“Six of our isolators are now on top of a chamber at Johnson Space Center supporting that project,” says engineering director Erik Runge, adding that “now that we have the design, we could adapt it for other customers too.” He says there has already been interest from customers.

And although Minus K has a good deal of experience building vibration isolators for vacuum, Runge says the JPL project also required innovation. “Even if you have someone that needs a vacuum system,” he notes, “there are different levels of vacuum. Some have a very slight vacuum, some have a very hard vacuum. There are different requirements for materials that can be used, types of coatings that are OK, and so on. We learned about what special requirements were needed at high vacuum levels.”

Among other tweaks, he explains, the company had to test special greases and parts to find what would work best in a hard vacuum and not outgas. “As a result of some of the things we’ve learned, we can make all of our vacuum-compatible isolators to work at a higher level of vacuum, when needed,” Runge says.

Part of the reason Minus K’s isolators work so well in vacuums is because they are designed differently than many other devices, Runge explains. “Our isolators use no air and no electricity. They are happy as can be in a vacuum.”

The isolators work through negative stiffness mechanisms, essentially mounting the platform on a network of springs or flexures “loaded in such a way that we can control the net stiffness of an entire system,” Runge says. “If you can control the stiffness, you have direct control of the resonant frequency of the system, and the resonant frequency of the system is what determines the isolation performance.”

Minus K’s isolators are able to maintain vertical isolation with those springs and flexures, and they achieve isolation horizontally through a set of columns. “You can kind of think of them as inverted pendulumns,” he says. “The more mass you put on them, the lower the resonant frequency will be, until at some point there’s too much weight and they won’t be able to restore themselves. By keeping the weight close to that upper limit, we can adjust the resonant frequency horizontally.”

Runge says Minus K isolators are used to steady electron microscopes, optical microscopes, and other scientific instruments, but the vacuum-compatible isolators are also used to assist quality control in manufacturing semiconductors. “When building chips and measuring chips, they need to have as close to no vibration as possible,” he says.

Other companies have bought the vacuum-compatible isolators for optics, he adds, and others have not specified the final purpose, in part because many of the applications are related to defense work. “Vacuum chambers large enough for an isolator tend to be pretty expensive,” he notes, which means “not many people have them.”

But for customers like NASA, the Department of Defense, and the National Laboratories, Minus K’s vacuum-compatible isolators are a great tool, says Dubovitsky, and he expects NASA will continue to call on Minus K for future projects as well. “They have a unique product that provides very clean isolation.”

Abstract
For some very sensitive optics, even ordinary ground vibrations throw off the results. A vibration isolator, which creates a very stable platform, can help. Minus K Technology makes vibration isolators based on negative stiffness mechanisms, which, among other benefits, can work extremely well in a vacuum. The Los Angeles-area company improved its vacuum-capable system for the Jet Propulsion Laboratory and now sells it to companies that make semiconductors and optics, as well as the Department of Defense and the National Laboratories. 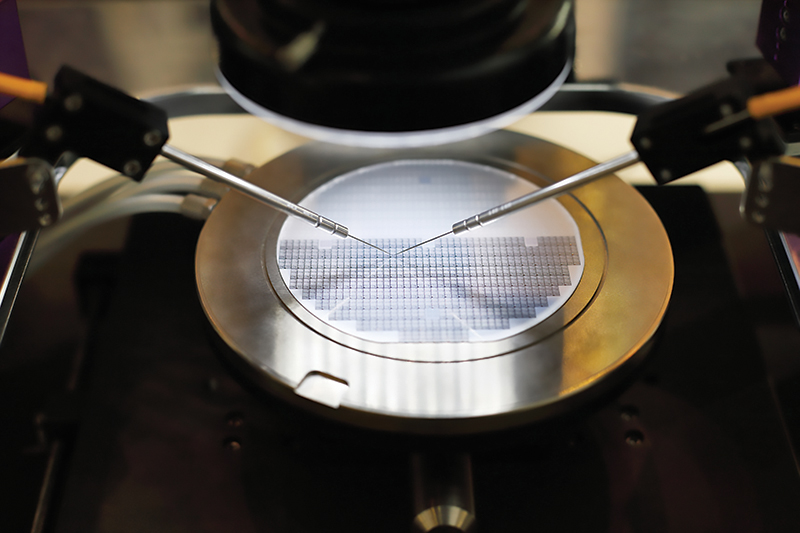 For a project with the Jet Propulsion Laboratory, Minus K Technology built a vibration isolator that worked well in a hard vacuum. The company now sells similar models to other customers, including to run quality control testing on silicon chips.

Scientists hope to use the James Webb Space Telescope to peer deeper into the universe than ever before. To ensure the instruments get crisp images out in space, Webb has undergone months and months of tests, some of which required a “vibration isolator” to hold it extremely steady.