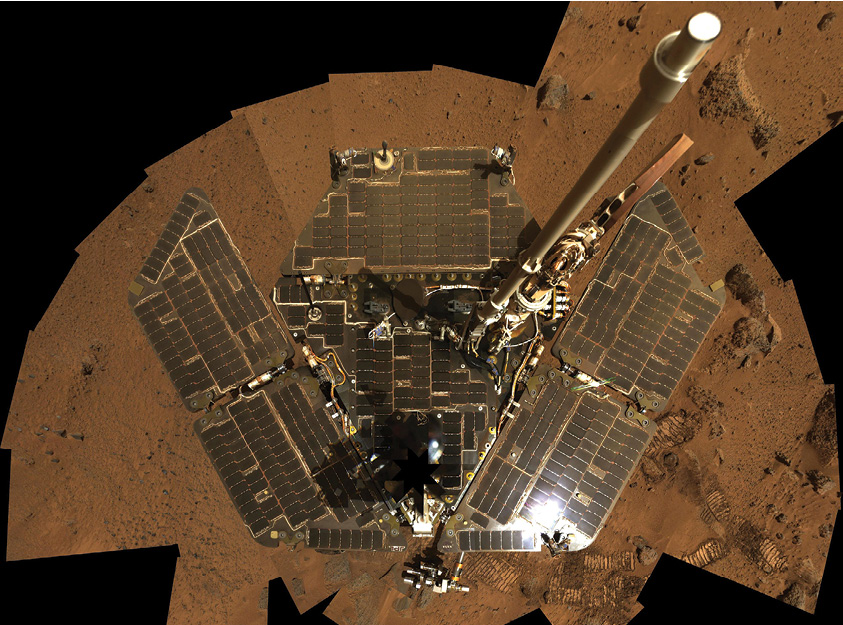 NASA’s Jet Propulsion Laboratory (JPL) has a long history of pioneering the use of the charge-coupled device, or CCD, which it used to build some of the world’s first digital cameras.

Almost as soon as the technology—an integrated circuit etched onto a silicon semiconductor—was demonstrated in 1970, it became apparent that CCDs might be used for image capture. In 1972, JPL established a program to work on digital imaging, and three years later it captured what is thought to be the first astronomical image made with CCD technology—a view of the south pole of Uranus.

Today, legacy CCD imaging technology has been largely supplanted by complementary metal oxide sensor, or CMOS, imagers, invented at JPL in the mid-1990s. But around the same time, two other JPL engineers identified a way to replace traditional film with CCDs in a totally different application.

“Mahadeva Sinha was the principal investigator for the miniature Mattauch-Herzog mass spectrometer, starting in the early 1990s,” recounts Evan Neidholdt, who worked in the same spectrometry lab Sinha once did. “He and Mark Wadsworth were using a certain kind of detector for the mass spectrometer, and then they identified their desire for this new type, based on CCDs.”

Mass spectrometers identify the ratios of various isotopes in a material sample, which can reveal information about its age, formation, and more. Sinha wanted a small, durable mass spectrometer to enable a lander to determine the age of a comet. Wadsworth was custom-building specialized CCD imagers for the Spirit and Opportunity Mars rovers at the time.

The Mattauch-Herzog configuration, named for the professors who invented it, is a type of sector field mass spectrometer. A sector field mass spectrometer applies electric and/or magnetic fields to ionized sample molecules passing through the device. Different isotopes of a substance have different masses, and the magnetic or electric field deflects lighter ones more than heavier molecules. A detector at the end of the device senses the particles that hit it by their electric charge, which is why they’ve been ionized.

Many sector field mass spectrometers have only a single detector to count one isotope at a time. A Mattauch-Herzog mass spectrometer, on the other hand, deflects all isotopes of interest onto a broader focal plane and counts them all at once, calculating their molecular weight by where they hit the plane.

Sinha had helped develop a mass spectrometer that used a CCD array in its focal plane—much easier to use than predecessors that had camera film in their focal planes—but it was complex and required high voltage. It essentially converted ions to electrons to photons, then back to electrons and finally to a digital signal, and every conversion added noise to the signal and blurred the focus of the ion beam.

Working together, Wadsworth and Sinha came up with a simpler design. By coating each silicon pixel with a tough, conductive coating of metal oxide, they could make the CCD blind to light but able to directly receive a charge from an ion striking the sensor. The device would be enabled by some of the refined circuitry and strong separation between pixels that Wadsworth had developed for Mars rover cameras.

But they didn’t have the funding to build it. That’s when a small start-up company called Intelligent Ion got involved.

“The founder of the start-up company had a similar technology developed, but reading the detected signal and processing the information turned out to be challenging, and he was looking for something else. That’s how he found Mahadeva Sinha and Mark Wadsworth at JPL,” says Gottfried Kibelka, who was a scientist at Intelligent Ion at the time. “In the end, it was much cheaper for JPL to call us and ask, ‘Can you build this for us? Can you sell us one?’ It was a win-win situation at that point.”

Intelligent Ion licensed the intellectual property from the California Institute of Technology, which manages JPL, and worked directly with Wadsworth to build the first prototypes on its own budget. “And without Sinha’s help and input, it would not have worked, so this really was a very fruitful cooperation between all involved,” Kibelka adds.

Following testing and validation, the company built and sold a handful of mass spectrometers based on the CCD focal plane detector, which it named IonCCD. A few years later, OI Analytical, based in College Station, Texas, purchased the company and launched the first official commercial line based on the technology.

“OI Analytical started selling mass spectrometers, having this chip technology, and after a while realized that the IonCCD in itself is a product many researchers would like to have in their portfolio in mass spectrometer development and research,” says Kibelka, who still manages the technology. “Now we are talking to some other companies that want to use it as their standard detector in commercially available mass spectrometers.”

In 2011, around the time OI became a subsidiary of the water technology company Xylem, it stopped developing mass spectrometers and started offering IonCCD as a stand-alone product. That year, the company also packaged it with a camera controller and power supply to create the first series of the IDS 2030 Charged Particle Detector.

Besides the benefits afforded by any Mattauch-Herzog mass spectrometer—the simultaneous counting of all isotopes of interest on a single sensor for fast, accurate results—IonCCD is also small, inexpensive, and rugged and requires little power.

“The biggest selling point is that it doesn’t need high voltage,” Kibelka says. Other similar devices require about 1,000 volts, while the IDS 2030 runs on 24 volts. This is in part because it doesn’t require particles to be accelerated and can operate at normal atmospheric pressures. Most other mass spectrometers can only operate at low internal pressures, necessitating the use of costly vacuum pumps.

Not all mass spectrometry applications need a detector array, but a number of researchers and mass spectrometer manufacturers are purchasing the technology for applications that can benefit from it, says Kibelka. These include analytical chemists, the pharmaceutical industry, and the military’s threat detection applications. The IDS 2030 has customers in spatially resolving ion-mobility spectrometry, often used for drug and explosive detection.

But researchers are also using the technology outside of mass spectrometers for applications such as ion beam experimentation and solar wind detection.

The company recently released a next-generation version of the IDS 2030, which was improved through a partnership with Kennedy Space Center to outfit the lunar rover Resource Prospector with an IonCCD-enabled mass spectrometer that will help it look for water on the Moon.

As a part of the project, the company merged the hardware from two traditional printed circuit boards onto a ceramic board to make the IDS 2030 smaller and minimize volatile compounds that could evaporate from the circuit board. “There was good technology advancement on the IonCCD, making it the most advanced of its kind,” says Neidholdt.

Abstract
Jet Propulsion Laboratory engineers and a start-up company worked together to create a small, low-voltage mass spectrometer, which identifies isotopes in a material. A key innovation was replacing traditional camera film in the focal plane detector with a charge-coupled device array, a kind of digital imager. Today, College Station, Texas-based OI Analytical, a subsidiary of Xylem, incorporates that digital detector array into its IDS 2030 Charged Particle Detector, which analytical chemists, the pharmaceutical industry, the military, and others use for various mass spectrometry applications. 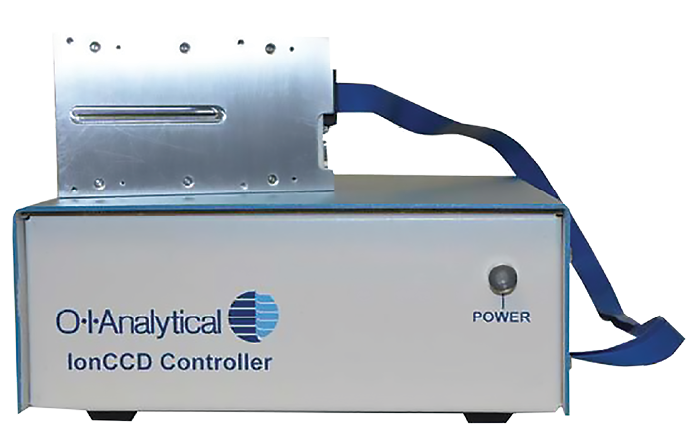 In the Mattauch-Herzog mass spectrometer configuration, ions are deflected first by an electrical field and then by a magnetic field to sort them by weight before they strike a focal plane that detects all the ions simultaneously. The CCD-based prototype created at JPL accomplished this within a small, rugged, inexpensive, energy-efficient device. 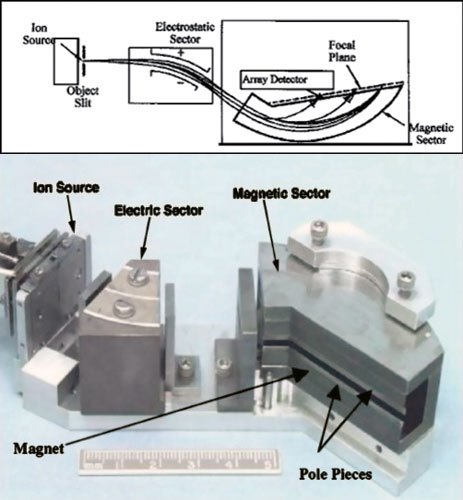 In the Mattauch-Herzog mass spectrometer configuration, ions are deflected first by an electrical field and then by a magnetic field to sort them by weight before they strike a focal plane that detects all the ions simultaneously. The CCD-based prototype created at JPL accomplished this within a small, rugged, inexpensive, energy-efficient device.

Imagers on the twin Spirit and Opportunity rovers, including the Pancam that took this self-portrait, had to meet rigorous requirements, obliging Jet Propulsion Laboratory (JPL) engineer Mark Wadsworth to custom-build specialized imagers based on charge-coupled device (CCD) arrays. These highly photosensitive, low-power, low-noise, high-speed yet simply designed CCD arrays came in handy when a colleague needed help designing a mass spectrometer with a CCD array for a focal plane, although they required more modifications.