Most people enjoy an icy drink on a hot summer day without thinking about the physics happening inside the glass. But the phase-change reaction—in this case, as the ice absorbs heat from the drink and melts—is a powerful one. It’s one NASA has harnessed for far more extreme environments, and now a coating the Agency created to take advantage of that same reaction could turn up on passenger planes—or be the key to an ice-free cooler.

The magic of phase changes, notes Marshall Space Flight Center materials scientist Raj Kaul, is that the temperature holds steady at exactly the point of transition. “If you freeze a thermometer in a block of ice and start heating it,” he explains, “the temperature will stay at 32 °F, even in the already melted part. Only once the ice is completely melted will the water start raising its temperature.”

For water, the melting/freezing point is 32 °F, but NASA has developed a suite of materials with different melting points. Initially, the plan was to use these materials inside spacesuits, which can get uncomfortably hot as body heat accumulates inside the sealed garments.

In the early 2000s, however, Kaul began researching a way to use phase-change materials on the outside of spacecraft, in particular the Shuttle. The solid rocket boosters were protected by a material called MCC-1 (for Marshall Convergent Coating), which was “basically a mixture of cork and epoxy,” Kaul says. “The cork will burn, and that burning process also removes the heat. Plus, it ablates—the layer will just come off, so new material will be exposed, and then go through that again.”

Because the coating was designed to burn off, however, there remained a danger that the process would cause damage. So Kaul was working on a new idea for a protective coating that would not ablate and would still maintain a safe temperature underneath.

He turned to NASA’s previous work with phase-change materials and decided to use them in this new context. The key innovation was incorporating the material into a coating that could be applied like paint, Kaul says, which required determining the right ratio of phase-change material to coating to get the best results, as well as the most effective binders and other ingredients.

Ultimately, Kaul developed a material that “is encapsulated in a plastic. When it sees heat, it absorbs that heat to go through the solid to liquid phase,” he explains. “As a result, the heat cannot go through to the substrate—it all goes through this phase-transformation process.” Thanks to the phase change material, the solid rocket booster wouldn’t melt from the extreme heat of launch. And thanks to the epoxy binding the coating to itself and the rocket, the phase-change material wouldn’t drip off when it melted.

This new thermal-management coating was more reliable than the previous ablative coating, Kaul says, and because it didn’t burn off, it was effective with a much thinner layer. “Another advantage,” he adds, is that “it could be reused. After it goes through transformation, when it starts cooling, the material inside will go back to solid so then you can reuse the coating.”

After extensive testing by NASA, the material was approved for use on spacecraft. Unfortunately, by the time that was completed, the Shuttle program had been discontinued. However, the coating continues to be available for future spacecraft, and there has even been interest from commercial aerospace companies, says Kaul.

Aerospace is hardly the only arena where such a coating might prove useful, so NASA advertised the patent for commercial licensing—and it was quickly snapped up by entrepreneur Chris Bilec.

The Army veteran was pursuing a master of science in technology commercialization at the University of Texas at Austin McCombs School of Business, which introduced him to NASA’s Technology Transfer and Patent Licensing programs. Bilec was excited about the opportunity to start a business with proven technology, but he wasn’t sure which of the many patents he should start with, so he turned for advice to a hockey teammate with a successful track record in business and aviation.

That friend homed in on the thermal-management coating. “He asked me, ‘Can this paint insulate my airplanes?’ So that was the fundamental question. I said, ‘I don’t know, I’ll go find out.’ And that was how the whole process began.”

Bilec started a company, Austin-based PrimeBilec, to acquire an exclusive license for the patent, and Marshall’s Technology Transfer Office connected him with Kaul so the inventor could answer questions and share ideas for the material. Kaul suggested the coating had potential for exterior house paint or as a coating on the roof, “so that in the daytime, it will absorb heat, and in the nighttime, it will release that heat and go through the cycle. It would make the house more energy-efficient.”

Bilec struggled with creating a residential paint that fit within the bounds of the patent, he says, but he already had other ideas for commercial applications, including the one suggested by his hockey teammate, to insulate airplanes.

For airplanes, Bilec explains, the idea would be to coat the back end of the plane, to prevent heat damage from the jet engines. “For aviation, we’re setting the phase-change material at 24° C,” or approximately room temperature, Bilec says, because that is the temperature the airline wants to maintain in the cabin for passenger comfort. By using that temperature, in addition to protecting the exterior from heat damage, the coating will also absorb heat that would raise the internal temperature.

Bilec has sent samples to aeronautic coatings manufacturer EnvirosafePaint Company for testing, and his company hopes to begin production in 2019.

In the meantime, he has also seen interest from a company that makes heat traps for Veterans Affairs hospitals. “They monitor the heat coming off the pipes in the hospital,” Bilec says. “When these pipes get too hot, they overheat and burn their sensors. Our products will extend the lifespan of their heat traps.”

The heat trap company now plans to include the coating when it bids for contracts, Bilec says, “because it will differentiate their contract from their competitors.”

Bilec has another idea in development as well, to create an “iceless cooler” along with smaller containers for lunches and leftovers. “The idea came to me when I was watching some people buy beer and saying they didn’t have enough room for the ice. I thought, ‘I’ve got the perfect solution.’”

For the containers, PrimeBilec embeds the phase-chase material in food-grade polyester to coat the container—the polyester is already FDA approved for products that touch food, Bilec notes. With the coating, the food—or beer—inside the container “will stay colder for about two to four hours longer,” he says, depending on the temperature outside.

Abstract
Most people enjoy an icy drink without thinking about the physics of the phase-change reaction inside the glass. In the early 2000s, Marshall Space Flight Center materials scientist Raj Kaul encapsulated phase-change materials in a plastic that could be applied like paint, aiming to better protect the Space Shuttle’s solid rocket boosters. A commercial license was quickly snapped up by entrepreneur Chris Bilec, whose Austin-based PrimeBilec company has plans to sell it for aviation, in hospitals, and even in an ice-free cooler. 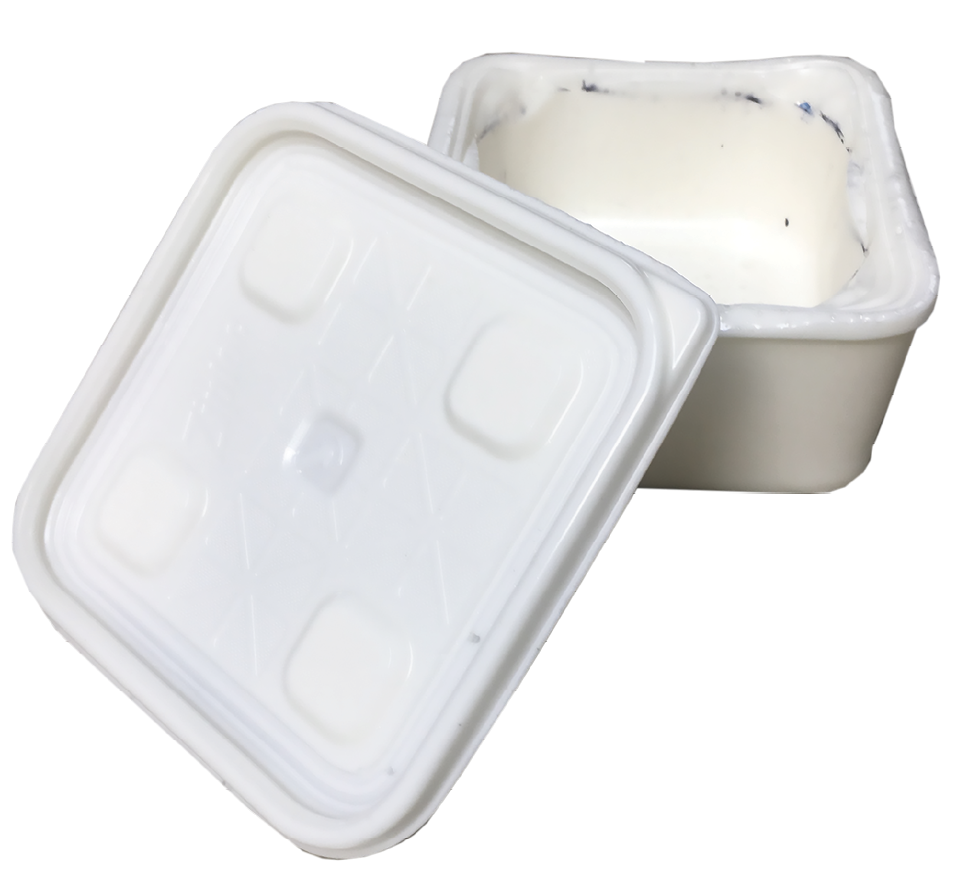 After licensing the patent for the phase-change coating from Marshall, entrepreneur Chris Bilec founded a company, PrimeBilec, and is working on a number of products, including an iceless cooler.

The Shuttle solid rocket boosters were protected from the incredible heat generated at launch by a coating designed to burn off. In the early 2000s, Marshall Space Flight Center engineer Raj Kaul designed a new coating, suspending phase-change materials in a paint-like plastic that could absorb the heat without burning off, offering more reliable protection.