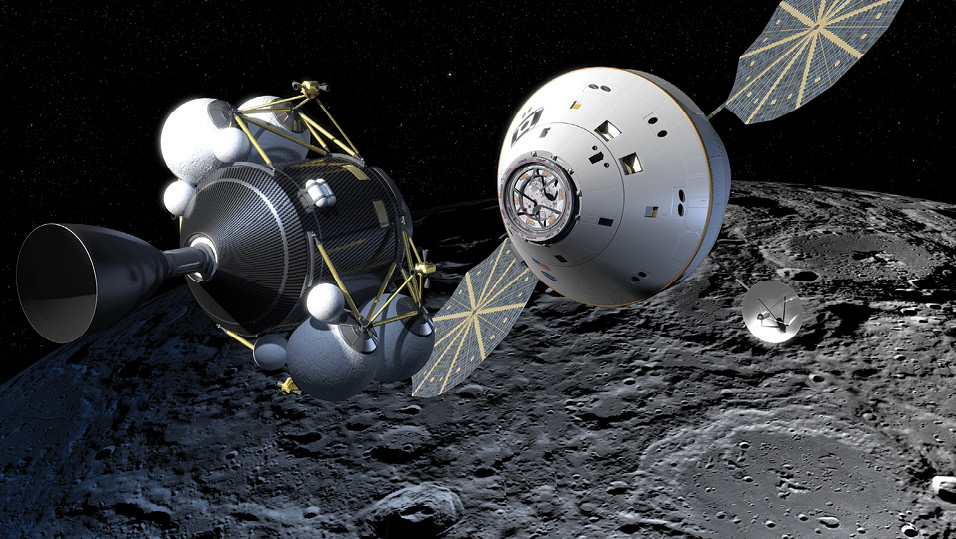 Most Internet users may not know that every time they see an online ad, it was placed there after a near-instant auction for that slot. Each slot gets sent for bidding to several thousand interested advertisers by a handful of advertising exchanges, and the ad is sold by the time the page loads. The entire process is automated and takes about a tenth of a second.

One of the leading companies now driving that process uses software based on an approach its founders helped invent for planning NASA missions to the Moon and Mars.

In 2004 and 2005, NASA funded several aerospace contractors to study possible architectures for missions to send astronauts to the Moon or Mars. But the study, funded by what was then called the Office of Program Analysis and Evaluation at NASA Headquarters, also brought an academic counterpart on board—a team of faculty and graduate students in the Massachusetts Institute of Technology’s (MIT) Department of Aeronautics and Astronautics, partnering with Draper Labs. The MIT team started with an entirely different method than others used.

“We took the approach of not making any assumptions about equipment, number of crew members, trajectories, or anything and instead looked at all options,” says Willard Simmons, who had just joined the graduate program at the time and is now chief technology officer for the Boston-based company dataxu.

Using previous mission plans for background, they narrowed the major decisions that had to be made down to about 35 choices and created software based on a meta-language—that is, a language for talking about a language—to articulate mission phases, the different module types necessary for any mission carrying humans to a planetary body, the destinations for each of those modules, and other aspects of a mission. For example, some plans might pre-deploy a habitat and other resources to the surface of the Moon or Mars; others might temporarily park elements in Earth orbit. This meta-language formed the basis for a set of algorithms the team called the Object Process Network.

The result yielded about 30 billion possible combinations—though most were impossible in practice and automatically eliminated by the rules of the Object Process Network’s syntax. For example, a vehicle pre-deployed to the extraterrestrial surface for the astronauts’ return had to be paired with a propulsion system. And any interplanetary propulsion system had to be disposed of after its trip.

The team ended up with 1,162 possible mission architectures, which could be evaluated and sorted for weight, cost, risks, and other factors.

“The big companies each described their one mission using their own vehicles,” Simmons recalls. “We were able to give a nonbiased report with a massively more comprehensive understanding.” Theirs was the only effort that received further funding, but it too was eventually shelved.

“That was the moment that inspired us to think about other commercial opportunities for this approach,” Simmons says.

“‘Big data’ wasn’t a catch phrase yet at the time, but we thought we could use this approach for big computational planning in the real world,” Simmons says. The company was founded in 2007 by Simmons and Sandro Catanzaro, also a student on the MIT project, who is now chief innovation officer at the company.

They spent two more years researching industries, building prototypes, and talking to companies before they found their niche. They discovered that digital advertising, although a major and fast-growing business, had “massive room for innovation and massive inefficiencies,” Catanzaro says. They saw an opportunity.

When real-time bidding, the modern format for online ad sales, was born in 2009, dataxu was one of the companies that made it possible, and Simmons led the effort to launch the OpenRTB (for “real-time bidding”) protocol standardization for these automated transactions.

Every second, there are three million chances to place an ad online, says Catanzaro. While dataxu isn’t the only platform watching those opportunities, he thinks it’s the best at choosing them. This is because its algorithms, based on the approach originally developed for space mission planning, very quickly narrow down the possibilities for a given ad space to about 20 ads, based on factors like the size and shape of the space, the content it appears alongside, the content of available advertising, and user data. Then the platform uses a more advanced mathematical formula to determine the probability of the user responding to each of these ads. It selects an ad and, based on the calculated probability of the user taking action and the value of the product advertised, makes a bid on the slot, which it may or may not win.

“Our model is much more accurate because it’s evaluating every possibility, therefore it’s much more valuable to the advertiser,” Catanzaro says.

The system’s algorithmic engine self-corrects to improve future results, based on whether consumers visited the advertiser’s site as a result of ads being shown.

The industry measures performance in terms of the amount of investment to drive a single visit to the advertiser’s website, also known as “cost per action,” and by that standard, Catanzaro says, dataxu’s service is 35-40 percent more efficient than competitors. It’s also one of the only platforms that’s buy side-only. Most online ad exchanges act as both the auctioneer and the bidder.

Simmons traces the technique back to a philosophy typical to MIT—starting without a bias for any outcome and letting the data decide, whether it’s how much to pay for an ad or what fuel to use in a rocket.

In the last few years, the company has also broken into the television advertising business. This can mean placing targeted ads based on a show’s ratings and the channel’s demographics, but the tools are becoming increasingly sophisticated. In 2014, the company started placing advertising on what’s known as addressable TV. Cable providers for more than 50 million households in the United States are now able to use data from viewers’ set-top boxes to target different ads to different households in the same timeslots. And in 2017, the company started placing ads within streaming television content.

There’s no bidding in television advertising, so success is measured by the number of viewers reached within a given budget, and Catanzaro says dataxu’s system can find three times the audience that competitors can for the same cost by strategically choosing which slots to buy.

“All these technologies are integrated into our platform—computers, smartphones, TV,” says Catanzaro. “We just make it simple.”

The system can even help the advertiser decide how to optimally distribute resources across television and Internet campaigns.

Catanzaro says there’s also a benefit to viewers and users. “If we’re doing our job correctly, and ads are more relevant to consumers, then there don’t need to be as many ads,” he says. “Down the road, commercial interruptions should be shorter. That’s something that should be interesting on the consumer side.”

From a little start-up founded by aerospace PhDs, dataxu has grown to a company of about 350 employees in 16 offices across North America, Europe, and Asia. Its customers include Lexus, Pandora, Hewlett-Packard, Sky, the BBC, Universal Pictures, and other household names.

Abstract
Most Internet users may not know that every online ad appears after a near-instant auction for that slot. A leading company driving that process got its start planning NASA missions to the Moon and Mars. A team from the Massachusetts Institute of Technology, one of several funded by NASA Headquarters, developed software to choose the best among some 1,162 possible mission architectures. In 2007, team members founded Boston-based dataxu to adapt the software for commercial purposes, ultimately finding a niche in online ad sales. 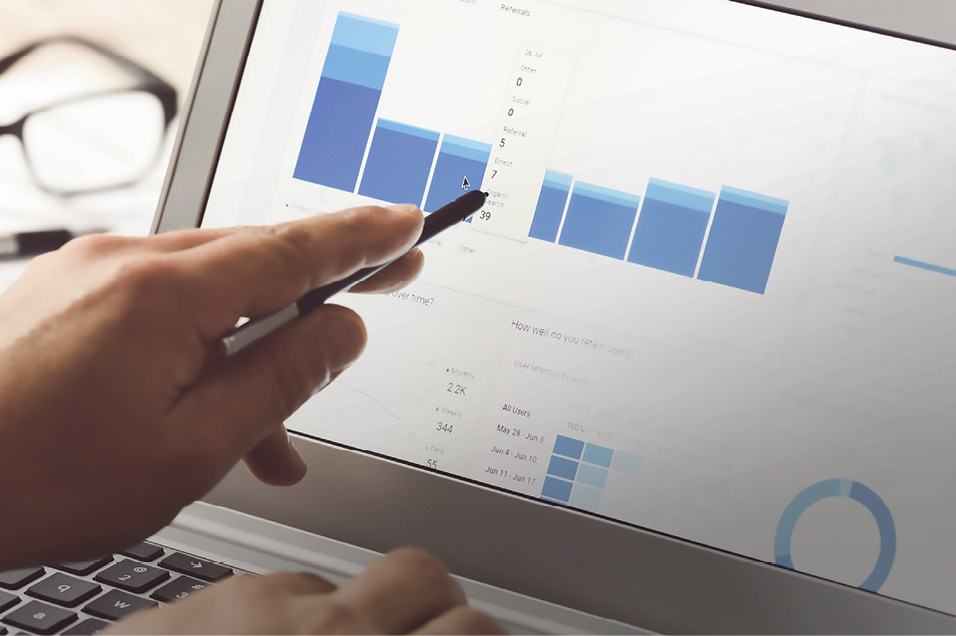 The online ad-bidding service dataxu offers is 35 to 40 percent more efficient, in terms of cost per action, than competitors, the company says.

The software that dataxu now uses to place advertisements was originally created to select architectures for missions to the Moon and Mars, making decisions like whether a habitat such as the lander pictured here would include an ascent stage and dock with a capsule left in orbit after leaving the surface.