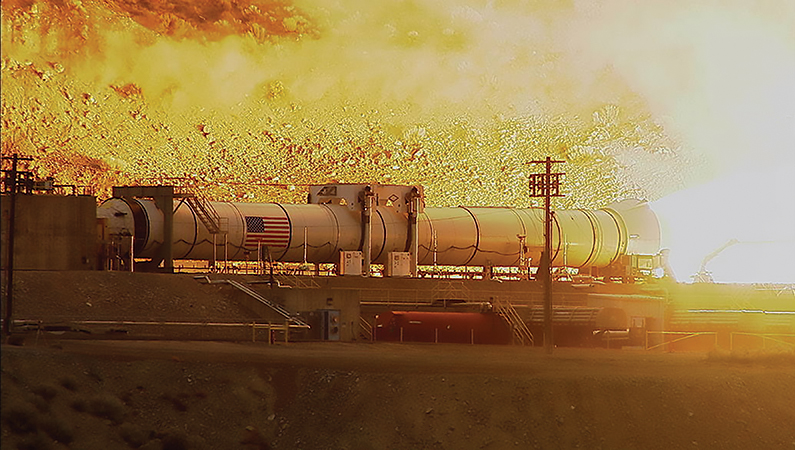 “Combustion instability is the part of rocket science that makes rocket science hard,” says Paul Gloyer, actual rocket scientist and cofounder of a company that hopes to help make getting into space as common as flying across the Atlantic.

Gloyer has worked closely with NASA to design and test a software toolkit that implements a new process to predict combustion instability, which he describes as pressure, oscillations, and vibrations that build up and cause an engine to explode—“the bad kind of exploding.”

Combustion instability is a big problem, agrees Matt Casiano. “It’s probably one of the highest risks that we encounter when we design an engine.” Casiano is an aerospace engineer at Marshall Space Flight Center and part of a team that worked with Gloyer’s company, Gloyer-Taylor Laboratories LLC (GTL), to test one component of the toolkit.

At the time, Casiano was part of a separate, Air Force-funded project to develop tools to help solve combustion instability issues. Marshall’s role was to build a rocket engine specifically designed to have problems. For example, he recalls, “we purposely designed the injector to see an instability, and that’s a very hard thing to do.”

The engine was also instrumented throughout with sensors so engineers could gather as much data as possible about just what happened when the rocket fired, and especially when it became unstable.

The Air Force-funded combustor was the perfect test bed for the Tullahoma, Tennessee-based company's toolkit, which was still in the early stages of development at the time. “One of the things that goes into their analysis tool is a CFD simulation,” Casiano explains, referring to computational fluid dynamics, computer simulations of how liquid and gas flow through and around the system.

GTL was able to use its CFD post-processing tool to analyze the Air Force combustor—or try to.

“When they originally worked the problem the way their code was intended, it was intractable: it would take years,” Casiano explains. That’s because the number of elements that needed to be simulated was orders of magnitude larger than they were used to, he says, a common difference between academic simulations and real-life rockets. “That was a huge development challenge, and they were able to solve it” by implementing some new algorithms to speed up the processing.

Marshall also had GTL test its Simulation Data Analysis Tool (SimDAT), which breaks apart the problem into physical mechanisms and can provide the design engineer with information about what caused the instability.

Overall, Casiano says, “it wasn’t a full checkout of their tool but a demonstration of its capability and how it can provide information to design engineers,” and on that level it was a success. For Marshall, too, it was a useful collaboration, he says.

“We definitely helped them further develop their tool. I know they improved the efficiency enormously in our configuration,” Casiano notes, and on his end, “we’re always on the lookout for capability improvements, to make sure we’re using the best tools out there in our work.”

The collaboration was funded through a Small Business Innovation Research (SBIR) contract. It was one of several awarded to GTL by various NASA Centers, as well as other Government agencies, to help develop its Universal Combustion Device Stability (UCDS) process and toolkit over the last decade.

The work, however, began earlier when Gary Flandro, a former NASA engineer and later a professor at the University of Tennessee Space Institute, made a breakthrough in understanding combustion instability, using an energy framework and fluid mechanics equations, explains Gloyer.

Combustion instability is essentially a resonance issue. Due to the shape and other characteristics of a structure, certain vibration frequencies amplify themselves in a feedback loop that can end up turning destructive: think of a soprano hitting that high note that causes glass to shatter. But in a rocket engine, there’s far more than simple sound waves reverberating; there’s vortical and thermal entropic energy and more all interacting in different and very complex ways.

Historically, Gloyer says, people would try to simplify the problem to solve it—but, he notes, “when you’re simplifying, you’re basically throwing out some of the physics.” The results were not accurate or particularly helpful, which meant it was nearly impossible to determine ahead of time if a new rocket would have a combustion instability problem—or, as CFD became more common, engineers might see there was a problem but not know how to pinpoint the source.

“Basically, what Gary found was, using a different technique, he could finally put all the pieces into one mathematical solution,” Gloyer says. His approach focused on energy. “A rocket engine releases megawatts to gigawatts of energy, huge amounts of energy. It’s what you need to accelerate and lift all that stuff into space,” he explains. “But if even a tenth of a percent of that energy goes into one of those resonant modes, it can destroy the rocket.”

UCDS calculates all the sources of energy flowing into resonant modes. This includes not only just simple acoustics, but vorticity, combustion, thermal effects, and more. “And when we combine it all together, we get a clear picture of all the physics,” he says. “Because we can see how all these pieces fit together, we can go in and look at an engine and see exactly why it’s behaving the way it is.”

GTL received NASA SBIR funding to help build up those layers of software and test it against real-life rockets to see if the predictions bore out. Under one early contract, GTL was hired to use its first-generation software tools to analyze the large five-second solid rocket motor of the since-cancelled Ares 1 rocket, which had a combustion instability problem.

“They were looking at trying to put a Band-Aid on; our approach was, let’s look at the source of the problem and make it go away. We were able to show a very small change in the motor would make it go away,” Gloyer recalls, and ATK, now Northrop Grumman, which served as the prime contractor on the Ares project, gave the company a letter commendation for the work.

During another SBIR contract with Langley Research Center focused on subsonic and supersonic airflows of scram jets, GTL improved its acoustics analyzer, which it has dubbed Resonance. Other contracts have enabled the company to continue to upgrade all of the software layers—the company is currently near completion on the fourth generation—as well as to test fire its own UCDS-aided rocket engine design. The company also validated UCDS predictions on a new engine at Glenn Research Center: “We said it’s going to be unstable at this frequency,” Gloyer says, “and they said, ‘You nailed it. We put it on the stand and it melted.’”

Gloyer says the UCDS software has the potential to cut rocket costs by a huge margin, because it can simplify the design process so significantly. “Combustion instability, depending on how you look at it, accounts for about half the money the United States has spent on rockets, in terms of cost overruns, hardware damage, testing, and program cancellation,” he says.

Typically, he says, engineers discover a problem late in the design stage and then use trial and error to try to solve it—a hugely expensive process. But with UCDS, they can discover any problems early in the program in the design phase and design the rocket engine to be stable to begin with.

In 2014, GTL released its Resonance software as a stand-alone program, and it has sold a few licenses to commercial aerospace firms as well as government agencies. The company also plans a spring 2019 release of the full UCDS software toolkit, in the fourth generation, now that it’s had more time to develop and validate it.

The market is small, Gloyer says, but he sees a fair amount of growth potential, not just in rocket design but for jet engines and even power plants. “Gas turbine power plants are basically giant jet engines,” Gloyer notes.

To get emissions down, the power plant needs to operate as efficiently as possible, he explains, but “the primary thing preventing them from running the power plants at lean conditions is combustion instability. As you get to that, you start to pick up these oscillations.”

His team is also working on adapting the software to help design better, more efficient internal combustion engines, like those in cars, and there is even potential to use the software in other kinds of research as well—like understanding why certain musical instruments resonate so much more powerfully than others. “Someday I’d love to use this software to analyze a Stradivarius violin,” Gloyer says.

Abstract
Combustion instability, when oscillations from firing resonate into an explosion, is one of the biggest risks in designing a rocket engine. Tullahoma, Tennessee-based Gloyer-Taylor Laboratories, with several SBIR contracts from Marshall Space Flight Center and others, built its Universal Combustion Device Stability process and toolkit based on an insight that breaks the problem into different layers and can predict how an engine will behave and why, enabling engineers at NASA and beyond to change problematic factors during the early design phase. 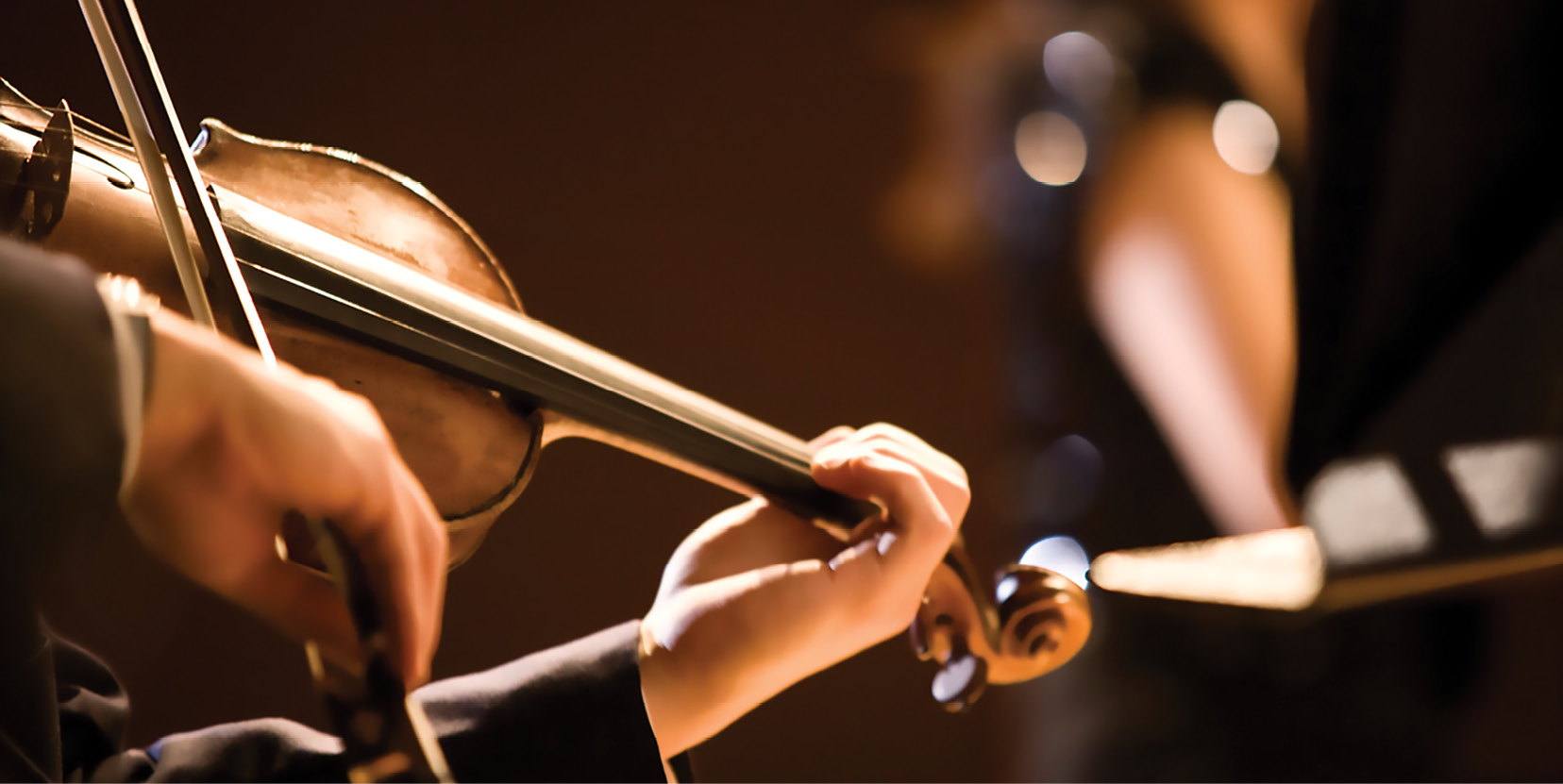 Stradivarius violins are famously the best, but what differentiates them from the less expensive models? It comes down to resonance and acoustics—due to tiny differences in materials and shape. Although GTL’s toolkit was originally designed for rockets, the physics of musical instruments is essentially the same, and the toolkit could help uncover the mysteries of just what makes for beautiful sound. 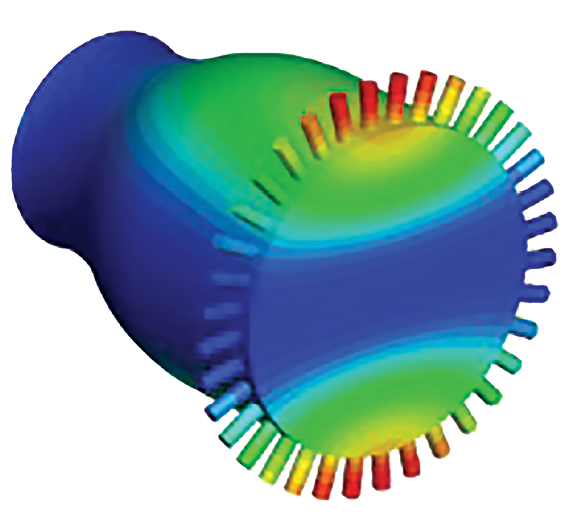 Gloyer-Taylor Laboratories (GTL) has created a software toolkit that models and analyzes structures for combustion instability, calculating the bulk flow of energy and then continuing on in layers, analyzing acoustics, vorticity, and then the thermal entropic energy. The company received multiple SBIR contracts from NASA to help design and test the toolkit, including the acoustics component called Resonance, which generated the image here.

NASA test fires one of the Space Lauch System's boosters, which one day could help propel humans to the Moon and beyond. When designing a new rocket, one of the biggest risks is combustion instability from the engine, when the vibrations resonate and amplify until it explodes. Historically, these instabilities have mainly been identified during late-stage testing, but it would be far easier and less costly to fix any problems earlier in the design phase.