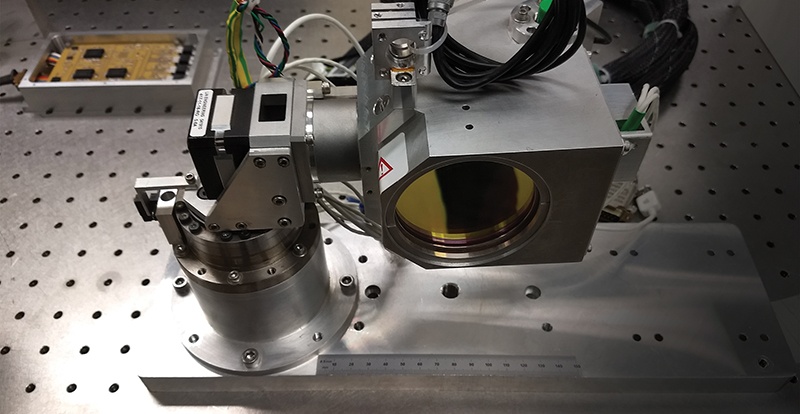 Since the advent of the laser in the 1960s, engineers have struggled to use light beams in free space to send information the way we use radio waves. No one could have expected a solution for mass communication by laser to come from a former aviation data executive like Mark LaPenna—least of all him.

LaPenna left a comfortable job in 2014 to start an aircraft tracking company. “I sold everything I owned—Ferrari, nice condo, nice life,” he says. Then he ran into a problem.

“We realized we were going to create four petabytes of data per day,” he says. (A single petabyte could contain enough MP3 audio files to play continuously for about 2,000 years.) Much of that data would have to be collected by satellites, rather than ground stations, and there was no way to send that much data back down to Earth via radio frequency, in part because the radio spectrum has limited capacity and is becoming increasingly crowded and expensive.

With this kink in its business model, the company’s progress almost ground to a halt. “I was within a week of dissolving the company and looking for a job,” LaPenna recalls. Then a friend at NASA suggested he check out a technology NASA’s Jet Propulsion Laboratory (JPL) had available for license.

NASA, too, has chafed at the limited capacity of radio for transmitting data from space to Earth. So a team at JPL had received three years’ worth of funding, ending in 2012, to come up with a simple, low-cost laser communications transceiver that could end those constraints.

While radio waves range in length from 10 meters to 10 kilometers, light wavelengths are measured in the hundreds of nanometers. This more concentrated beam means light has a vastly greater capacity to carry information. Fiber optics take advantage of this characteristic through the use of glass threads that guide the laser, but engineers have had difficulty transmitting light signals without the fibers.

The goal of the JPL program was to enable transmission of 10 gigabits per second from low-Earth orbit and to do it cheaply and efficiently. To that end, the team forsook space-qualified parts and went entirely with existing components. “The innovation was to make it as small and simple as possible with off-the-shelf parts,” says Joe Kovalik, a JPL engineer who worked on the team.

“Everything together is sort of the innovation, but there’s no one thing that’s new,” Kovalik says. “I’m actually a little surprised they patented it.”

Upon learning of the transceiver, which JPL had by then tested and proven, LaPenna scrapped his plans for aircraft tracking, realizing that high-speed mass communication could meet an even larger need. He licensed the technology.

While others have tried to create large-scale satellite laser communication systems, none have succeeded. The obstacles are daunting: Clouds, snow, and haze can interfere with the laser signal. There are not many optical receivers on the ground, let alone the infrastructure to connect receivers to users. And a constellation of satellites is necessary for uninterrupted communication.

For these reasons, Xenesis, LaPenna’s Atlanta-based company, won’t start with space-to-ground communications but rather with communication over land. Rather than burying fiber-optic cables, a client will be able to beam laser signals above ground from one point to another across a network of ground transceivers. As the system is built out, satellites will extend its reach, for example enabling intercontinental laser communication.

Meanwhile, the company is building partnerships to encourage and gain access to a future ground network capable of receiving and disseminating satellite laser transmissions. And Xenesis is working with industry leaders to create a global set of standards for laser communications. Ultimately, the company plans to launch its own Intercessor constellation of low- and middle-Earth-orbit satellites.

A major problem for hospitals, banks, and others handling vast amounts of sensitive information is secure data communication. These entities are constantly sharing information between branch locations, and every access, transfer, and switch point on Internet networks presents an opportunity for hackers to intercept or corrupt it.

Wireless laser communications, however, can be made unhackable. A mirror could intercept the beam, but the signal in the reflected beam would collapse and become incomprehensible.

“It also sidesteps tens of millions of dollars in burying cables,” LaPenna adds.

He considers this ground-to-ground communication to be the low-hanging fruit for the laser communication market, which others trying to commercialize the technology have overlooked. “The number-one reason others haven’t succeeded is that engineers aren’t business people,” he says. “In business, a lot of times, people don’t realize what they need until you show it to them.”

Just two months after acquiring the license in 2017, Xenesis had already racked up more than $10 million in letters of intent from companies interested in investing.

Meanwhile, an agreement between Xenesis, several universities, and Nanoracks—the company that manages much of the science equipment on the International Space Station—will try out one of the units on the space station in 2019.

For the long term, the company is partnering with businesses like Atlas Space Operations that are jointly developing networks of laser-communication ground receivers. Such an array of receivers, using wide-area apertures, would overcome the problem of weather interference. Construction of the network began in 2018 and is expected to take several years.

Xenesis is also partnering with the company Laser Light Communications, which is in turn partnering with NASA’s Near Earth Network to build laser communications capabilities in space. And Xenesis, another high-tech company, and Florida’s space development authority, Space Florida, are slated to build a manufacturing facility at Kennedy Space Center.

Following the run on the space station, Xenesis plans to launch the first two payloads in its constellation in 2020, to be followed by hundreds more.

LaPenna says there are more satellites currently in development around the world than have been launched since Sputnik. Like those already in orbit, a main function of all these satellites will be to transmit data to Earth, causing radio frequencies to reach full capacity in the coming years. Laser communication, on the other hand, is limited only by the number of satellites in orbit and stations on the ground.

“In other words,” he says, “optical communications are fully scalable and are capable of creating abundance from scarcity—the basic formula for ‘disruption.’”

Transmissions will also require little power and have four to five times the capacity of high-end radio transmissions and a shorter latency period. Within five years, LaPenna says, he expects to have enough satellites in space to be able to uplink via laser, which is harder because satellite transceivers are limited in their aperture size.

All of this will enable ultra-secure, high-speed satellite Internet access. “What we represent to broadband is what broadband represented to dial-up,” he says. “The market is going toward this, and the first company that has a scalable network will lead the industry.”

What Xenesis ultimately plans to sell is cheap and abundant access to that network.

LaPenna notes that a number of other companies are building optical terminals, but their research and development costs are reflected in their prices, whereas his technology was already developed. Licensing the technology “was the easiest process I’ve ever been through in terms of working with the Government directly,” he says, adding that the company is already exploring other possible JPL licenses.

“I’m sure one day people will say, ‘They couldn’t have done it without NASA,’ and they’ll be 100 percent right. We absolutely couldn’t have.”

Abstract
Since the advent of the laser in the 1960s, engineers have struggled to use light beams in free space to send information the way we use radio waves. A transceiver created at the Jet Propulsion Laboratory, now licensed by Atlanta-based Xenesis, could be a breakthrough. Rather than burying fiber-optic cables, clients can beam secure laser signals above ground across a network of these transceivers. But the more widespread application will come when a satellite constellation and ground network now under construction begin to support mass communications. 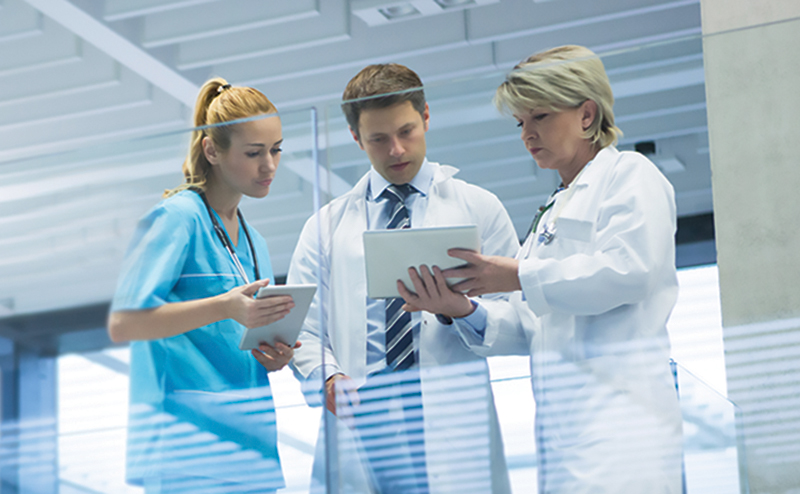 In the future, Xenesis plans to use laser communications to offer large-scale, ultra-secure, high-speed satellite Internet access. But in the short term, the company will start with over-land laser communications, providing unhackable connections, for example for hospitals and banks, which transmit large amounts of sensitive information between their various locations.

In an effort to enable laser communications from space, a team at the Jet Propulsion Laboratory put together this low-cost laser transceiver from commercially available, off-the-shelf parts. Xenesis licensed that technology and is building a business around it.