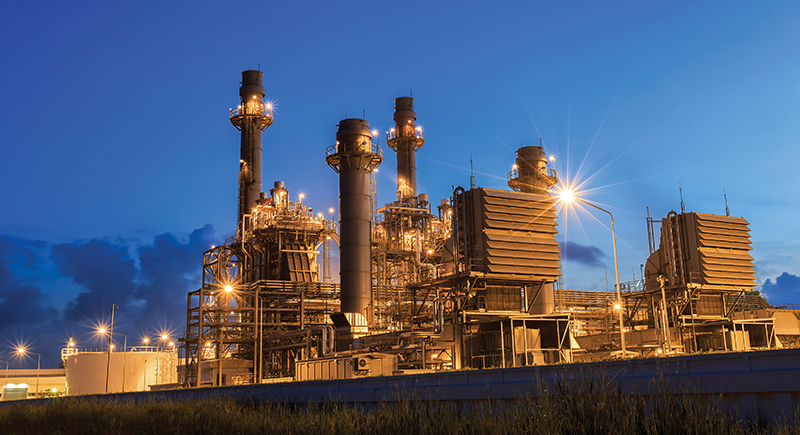 A rover can be equipped with the most state-of-the-art scientific instruments NASA engineers can devise, but if the wheel breaks, that’s going to seriously limit the science that can be done. The same is true in a power plant—it may not seem as exciting as planetary exploration, but tens of thousands of people rely on the energy being produced, which stops or slows if parts break or the plant has to be shut down for maintenance.

A coating could help prevent such problems. The coating is made from a remarkable material that has the atomic structure of glass, more toughness than metal, and the versatility of plastic. It’s a material NASA has been working on at least since the 1980s, explains materials scientist Douglas Hofmann, and goes by a few names, including liquid metal and metallic glass.

Hofmann helped found and is one of the lead researchers at the Jet Propulsion Laboratory’s (JPL) Metallurgy Facility. He’s most focused on how to use metallic glass on spacecraft—such as coating the wheels of a rover to reduce wear and tear.

On Curiosity, the wheels are made of aluminum, he explains, which was chosen because it’s very lightweight, always an important consideration for any spacecraft, where every additional ounce comes with a price tag. But aluminum is also relatively soft, which makes it prone to damage from the terrain. This has been a real problem with Curiosity, whose wheels are already pitted with holes and cracks from driving over the rough Martian terrain.

A coating could help protect aluminum on future spacecraft, and in 2017, Hofmann and his team began exploring the idea of using metallic glass to protect the wheels of the Mars 2020 rover.

Metallic glass is a broad category: it can be made from many different metals and using a wide assortment of manufacturing technologies. The key difference between metallic glass and heritage metals is at the atomic level. Where the atoms in traditional metallic solids form regular, repeated patterns in a crystalline formation, metallic glass is amorphous, meaning the atoms are distributed randomly throughout the material, like those in glass.

The crystalline structure of metals is one of their key weaknesses—the boundaries between grains are typically where a metal will be the weakest. But amorphous metal—metallic glass—doesn’t have those boundaries, so it’s much stronger and more wear-resistant. The challenge is how to produce the material.

Traditional glasses are made through rapid cooling, so the atoms don’t have time to organize themselves into crystals. In 1959, a professor at the California Institute of Technology (Caltech), Pol Duwez, successfully created an amorphous gold-silicon alloy in very thin layers. But producing the material in bulk was still challenging. One of Duwez’s students, Bill Johnson, continued the work at Caltech—getting much of his funding from NASA and JPL. In the 1990s, Johnson’s lab discovered that by combining different elements, in particular by mixing together elements made up of large atoms and those with small atoms, they could slow the crystallization process, which significantly opened up the possibilities for manufacturing.

Hofmann was one of Johnson’s PhD students, from 2004 to 2008. In 2010, after years of collaborating with Caltech, JPL decided to build the Metallurgy Facility and brought Hofmann on board. “The facility we built is a world’s leading lab for the development and manufacturing of bulk metallic glasses for applications in NASA spacecraft,” he notes, but in the years since Johnson’s lab first discovered a way to make bulk metallic glasses, industry has also moved the material forward.

One of the major players, Liquidmetal Technologies, licensed the patent for Johnson’s metallic glass from Caltech in the 1990s. Over the next decade, the company went on to further develop the technology for manufacturing, earning dozens of patents of its own on different alloys, manufacturing processes, and usages of the material (for some early examples, see Spinoff 2001, 2004). In 2012, the company spun off its coatings division into a separate company, Spring, Texas-based Liquidmetal Coatings LLC, and it was this company Hofmann’s metallurgy group turned to when it was looking for a metallic glass coating for potential use on Mars and lunar rover wheels.

NASA put the coating, a steel-alloy metallic glass powder that was thermally sprayed—melted into tiny droplets and sprayed at high velocity—on the wheels, through a battery of testing, Hofmann says, and the results were extremely promising. Although the Mars 2020 team ultimately chose a different solution for the rover wheels, he expects to see metallic glass coatings on future spacecraft.

“We do plan to land many more rovers on as many planetary bodies as we can, particularly icy asteroids and comets, as well as future Mars and lunar rovers, so this technology is beneficial because it allows us to make aluminum parts more resistant to abrasion,” Hofmann says. “The coating is basically steel, it weighs what steel does, but it’s thin so it doesn’t provide a lot of additional weight.”

Hofmann’s lab continues to work with Liquidmetal Coatings on additional projects, including funding research on using their powder alloys in 3D printing. “NASA has invested a lot of time and money into amorphous metal technology since the 1980s,” he emphasizes. “NASA funded Bill Johnson to do a lot of the work that resulted in this entire industry.”

Today, that funding continues to foster innovation among the companies, like Liquidmetal Coatings, that have taken the original breakthrough and developed it into an industry, he says. “NASA still has a strong interest in developing and fostering activities in amorphous metals. When there’s a company that has innovative technology that can be applied to NASA, there are a lot of potential benefits in adopting that technology.”

Meanwhile, Mars rover or no, Liquidmetal Coatings has already found plenty of use for their metallic glass coatings on the ground, especially throughout the oil, gas, and power industries. “Everywhere corrosion, wear, and erosion are an issue,” explains Evelina Vogli, the company’s vice president of research and development.

For example, power plant boilers are extremely harsh environments. In one study Liquidmetal Coatings did at a biomass-fired power plant in California, which generates power by burning scrap lumber, certain crops, and other organic materials, boiler tubes without a protective coating wore out within three months. Tubes coated with nickel and other materials lasted six months to a year in testing.

The tubes coated with metallic glass lasted four years and more, with minimal need for repairs.

Testing was done by measuring the thickness of the coating with the boiler shut down at three-month intervals. Each time, the coating remained as thick as when it was applied, Vogli says, which meant the power plant could fire back up without requiring extra time for renewing the coating or replacing any parts. That translates to huge savings for the power company. “For the power plant we tested, it saved them almost $10 million over five years. It pays off,” Vogli says.

The durable coating also meant the boiler tubes didn’t fail unexpectedly between checks. “We are saving them from emergency shutdowns—which we’ve never had when our material was used,” she adds.

For power plants, the coating is typically spray-applied onsite. In other cases, Vogli says, for example, certain high-value parts used in oil and gas drilling, the spraying is done in-shop, and then mirror-polished to provide additional protection. And for other parts, the coating is applied through a different process altogether, called hardbanding. This is typically used for joints in the long pipes used for drilling, Vogli says; a layer of metallic glass is deposited on the joint through welding. “This part of the pipe is more in contact with the rocks during drilling, and this part needs to be protected against wear,” she explains.

Today, Liquidmetal Coatings are protecting key infrastructure at power plants across the United States, in Europe and in Asia, as well as petrochemical refineries and oil and gas drilling sites around the world. The coating is also used widely in the paper and pulp industries.

Although different alloys are used in different applications—for power plants, for example, the coatings are made with nickel and iron-based alloys, which are relatively inexpensive—the benefits of the coating all trace back to the amorphous atomic structure developed in Johnson’s lab.

“In crystalline material, the grain is the weakest point. It starts to corrode on grain boundaries. Since we don’t have that, we offer better protection,” Vogli says.

Abstract
A tough, durable, versatile coating with the atomic structure of glass helps keep power plants running. NASA has been working on the material, called liquid metal or metallic glass, at least since the 1980s. That work continues today at the Jet Propulsion Laboratory’s Metallurgy Facility. Spring, Texas-based Liquidmetal Coatings LLC, which licenses the original NASA-funded technology, created a range of coatings that protect vital components at power plants, petrochemical refineries, and oil and gas drilling sites around the world.

This image, taken by one of Curiosity’s cameras in 2015, shows damage to the aluminum wheel from the rocky surface on Mars. In the future, Mars and lunar rovers may use a metallic glass coating over aluminum wheels—adding much-needed toughness without significantly increasing the overall weight. 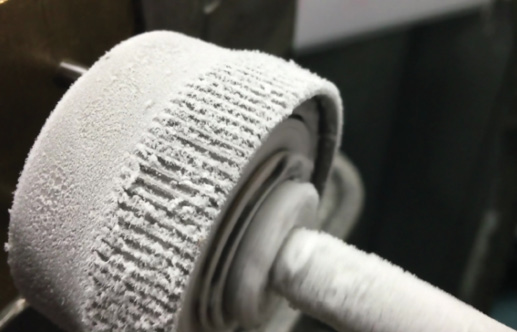 NASA and the Jet Propulsion Laboratory (JPL) have been investing in metallic glass research for decades, and JPL now has a Metallurgy Facility to explore and advance the material further. Among other benefits, metallic glass does not get brittle in extreme cold, perfect for robotics operating in space or on icy planets.

Liquidmetal Technologies licensed the patent for the original NASA-funded metallic glass, and has continued to develop the material in house and in collaboration with JPL. It spun off a separate coatings division, Liquidmetal Coatings, in 2012. The durable coating is used on power plant boilers around the world, lessening the need for costly and time-consuming maintenance.