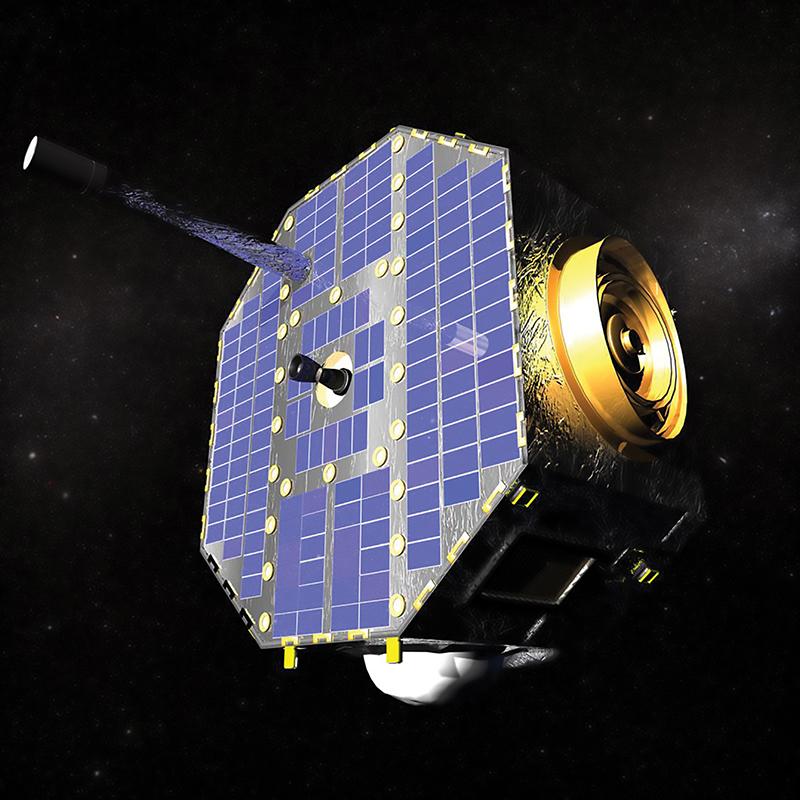 Rockets typically come in stages, each optimized for different parts of the launch. When each stage has finished its part, it drops away, allowing the smaller remainder to continue on its journey.

Have you ever considered how that process happens? Just like everything else with rocket science, it’s complicated yet crucially important to get right.

“Not only do you need enough spring force” at the moment of separation to avoid a collision, explains Susan Pope, director of the Space Instrumentation Department at the Southwest Research Institute, “but you need stable force in the direction you want to go, distributed around the whole diameter, so you’re pushing out straight.”

There are other complicating factors. Among the most important, true of any spacecraft component, are weight and power: too much of either and the separator will be stealing resources from all the other important systems on the spacecraft.

And about a decade ago, this complex engineering problem got even more difficult on a small spacecraft that needed to travel two-thirds of the way to the Moon to observe the very edges of our solar system.

IBEX, for Interstellar Boundary Explorer, only had a $100 million budget and a Pegasus XL launch rocket, explains Dave McComas, principal investigator for the mission and today a professor at Princeton University. The rocket wasn’t powerful enough to get the spacecraft all the way to its final orbit, so the team came up with a way to piggyback a second rocket engine on the first, which would fire after the Pegasus got the spacecraft into low-Earth orbit.

That math worked, but just barely, McComas recalls. “We were so mass-constrained, we had to launch off the Marshall Islands, because that’s closer to the equator, and you get more energy out of the rotation of the Earth. It made tens of pounds of difference” in terms of how much could be loaded onto the spacecraft.

IBEX required three stage separations: the first to push away the Pegasus rocket, another to push away the adapter that connected the two rockets, and finally one to push away the second rocket engine, explains Pope, who was the lead mission systems engineer on IBEX. And, it turned out, the separation devices were pretty heavy, especially times three.

So the IBEX team turned to Silver Spring, Maryland-based Planetary Systems Corporation and asked them to make their devices, called Lightbands, smaller and more energy-efficient. And since each stage of separation required a different diameter, they requested three custom-built Lightbands, all meeting IBEX’s stringent requirements.

“It was truly mission-enabling for us,” says McComas. “These devices were not the only thing, but one of the things that saved us enough mass to fly to the orbit we needed.”

Planetary Systems had developed their Lightbands years before with funding from the Air Force Research Lab, and they had already flown many times.

But the needs of the IBEX mission pushed them much harder. “IBEX was every requirement on top of every requirement,” says company founder and chief engineer Walter Holemans. Not only did the company have to design Lightbands to meet all the requirements, but naturally, extensive testing was required to prove they would work without a hitch in space.

The devices consist of twin metal rings clamped to each other by an inner ring. An electric motor mounted on the rings contracts the clamping ring, releasing its hold, which frees up a series of springs to push the two spacecraft components apart.

“One big concern was we would self-collide, and that would cause the spacecraft to tumble,” he recalls. It’s difficult to prove that won’t happen with computer analysis, because you typically input a broad range of possible scenarios, and “if you keep doing that enough, pretty much anything will happen,” Holemans says. So instead, they had to build the parts and do physical testing to show what would happen in real conditions.

“There’s more,” he adds. “In development, we had some challenges with our motors, so we got some help from Goddard Space Flight Center debugging the failure modes.”

Overall, Holemans says, the company spent around two years, as much time as the IBEX team gave them, developing new Lightbands for the mission. And although it was reasonably profitable as a project, the real payoff was all the data the company collected as a result of the NASA requirements.

“They asked a lot of terrific questions, and we always tried to answer with tests as exhaustive as we could make them, because we knew this would be breakthrough,” he emphasizes.

Today, every Lightband Planetary Systems makes uses the improvements pioneered for IBEX. For one, their Lightbands are, across the board, around 17 percent lighter than before, thanks to all the changes they made, from sourcing smaller and lighter screws to redesigning the motors.

“Everything improved after IBEX,” Holemans says. “Everything about the Lightband got more sophisticated.”

The company also used its extensive test results to write a definitive user manual for the Lightbands, which they still use today. “We did so much testing, we could fill up a 90-page user manual with all kinds of answers to all kinds of questions. That allowed other users to an get unheard-of level of insight into how this works.”

Holemans says the IBEX mission paved the way for the company to double in size, and today the company sells around 40 Lightbands a year to government, military, and commercial clients. Among other achievements, Lightbands have enabled commercial Earth-observing satellite constellations and science missions for space agencies including NASA and the European Space Agency.

As the commercial space industry expands, and especially as CubeSats become increasingly common, Holemans sees the need for lightweight Lightbands only increasing.

He credits the IBEX experience with playing a huge role in the growth of their business. “That success opened doors for us,” he says. “Once we had the heritage on such a mission, it was easier for us to make sales, because we had the confidence to say this worked on a very challenging mission.”

McComas says the success of the IBEX mission has opened exciting new doors for exploring the universe. The data it gathered has helped scientists better understand the region at the edge of our heliosphere, where charged particles from the Sun block out dangerous interstellar radiation.

In 2018, based on the successful results from IBEX, NASA began working on a much larger mission, the Interstellar Mapping and Acceleration Probe, to learn even more details about the interstellar boundary region. McComas says that might never have happened without Planetary Systems’ Lightbands.

Abstract
Rockets typically come in stages, optimized for different parts of the launch. Ensuring each stage separates correctly is complicated and crucially important. The Interstellar Boundary Explorer spacecraft (IBEX) needed three separation devices. Silver Spring, Maryland-based Planetary Systems Corporation had a proven track record with their Lightband devices, so the Goddard Space Flight Center team called on them to build a lighter model that would work for IBEX. The resulting product completely replaced its predecessor and paved the way for the company to double in size.

To reach its destinationw, IBEX needed two rocket engines, which had to be carefully separated from the spacecraft during flight. Here an engineer is about to attach the spacecraft to one of the separation devices, called Lightbands, built by Planetary Systems Corporation for the mission. 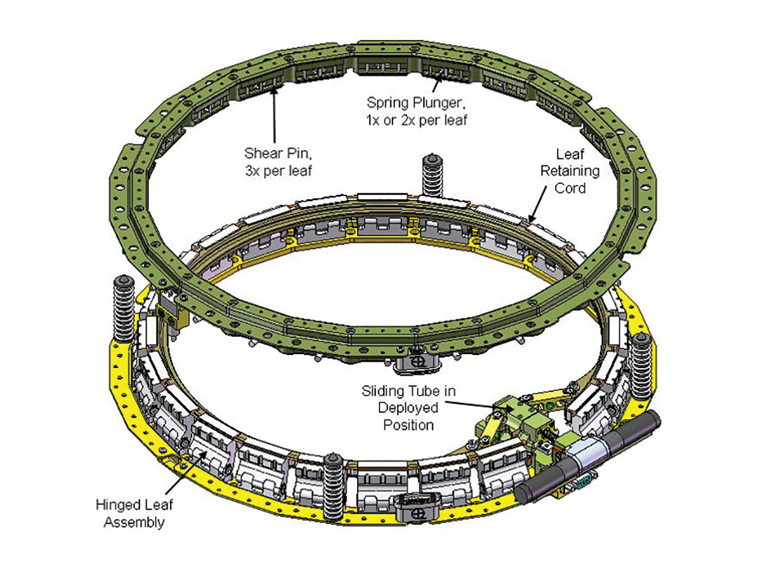 This diagram shows the Ligthband right after separation. Beforehand, the green and yellow rings are clamped together by an inner ring. When the externally mounted motor activates, the inner ring contracts, shearing the two outer rings and freeing up springs to push them apart.

The Interstellar Boundary Explorer (IBEX) spacecraft helped draw the first map of the boundary between our solar system and interstellar space.