Picture an airplane. What you imagine is probably what most commercial airliners look like, a design that has been improved and tweaked—but not really overhauled—for decades.

Modern airliners work well at carrying dozens or even hundreds of passengers from airport to airport. But what if you’re designing an aircraft for a different purpose and want something smaller, that doesn’t need a runway? Something that could carry a few people from their office to a restaurant across town?

These aircraft may not look like what you’re used to. But open the universe of design concepts, and you also open a universe of uncertainty: How will it fly? Is it strong enough? Are the batteries big enough? How much fuel will it need?

Getting quick answers to these questions is relatively easy when designing a new variation of a tried and true aircraft. If it’s like a 737 but 15 percent bigger, then you can use mathematical formulas to determine what that will likely mean for other characteristics.

“For aircraft within our scope of knowledge and experience, we can probably estimate within 5 percent what the empty weight of that aircraft would be at conceptual design,” says Chris Silva, a research engineer in the aeromechanics branch at Ames Research Center.

But with an entirely new concept, that’s much harder. For those, “there have historically been pretty big error bars on how well we can lock down the numbers we come up with in conceptual design,” Silva says.

It may seem like a small detail, but weight has ramifications for many aspects of how an aircraft will look and ultimately fly. For one thing, heavier aircraft require more fuel, which in turn adds to the weight. Weight puts more stress on structures, which then might require thicker or stronger materials. And in the worst case, these factors all circle around endlessly until the aircraft is too heavy to get off the ground.

There are ways to make decent weight estimates on conceptual designs, but these methods tend to take a long time and a lot of work, Silva explains. “We wanted to come up with something that’s both credible and pretty fast, because we like to be able to look at several things in succession,” since the results can help inform decisions about how best to refine the design.

That’s where M4 Engineering Inc., based in Long Beach, California, came in. The company had already been working on M4 Structures Studio, software that estimates weight for conceptual aircraft designs, when Silva came across them—and NASA was already heavily involved.

Although both those tools were already good, M4 Engineering added extra features to make them work even better for their purposes. For example, says Tyler Winter, the company’s research and development manager for technology and projects, they added a plug-in to OpenVSP to lay out what they call structural hard points—places on the structure where you might attach something heavy, like an engine or landing gear.

With help from NASA funding, M4 Engineering also built its Sketch Editor, which combines the initial model developed in Open VSP with the structural hard points created in the plug-in and other inputs, and creates a visualization of the internal structural layout. It also allows the engineer to provide all of the necessary structural detail to rapidly generate an optimization-ready structural analysis model.

This model feeds into NASTRAN, he says, which in turn generates the inputs needed to run the weight statement generator. The weight statement gives the total estimated weight of the vehicle and breakdowns for the weight of structural and non-structural components, as well as more fine-tuned weights for different parts of the vehicle. The user can also customize the report, Winter says, for example, if they want to know the weight of a specific subset of components.

One of the biggest benefits with M4 Structures Studio is speed, explains Myles Baker, M4 Engineering’s president. “When we were doing it manually, it was something on the order of six months to go through the physics calculations to get the weight of the airplane,” he recalls.

But with M4 Structures Studio, the process shrinks to just weeks or even hours. “Especially in the early phases of a program, where you’re updating things constantly—stretching the wing, stretching the fuselage—to figure out a combination that works, turning those iterations is enormously faster.”

He says this can change the entire workflow for design engineers. In the past, they might make their best attempt at a first design, do the analysis, and make improvements, and then repeat that process two or three times over the next year or so, “and hopefully you get something that’s good enough, or it gets cancelled.”

But with M4 Structures Studio, the feedback comes right away, especially once the initial models are completed. That means “the number of designs you can explore is much larger, and the chances of finding a design that really works is much higher,” Baker emphasizes.

Today, M4 Engineering offers the software package as a stand-alone product, but the company also uses it in-house for its consulting business. They are also looking to put out an academic version for engineering programs at universities and even high schools.

Uber is also a client. The ride-sharing company is using custom M4 Engineering software—developed with expertise created for Structures Studio and including many of the same components—in its Uber Elevate program, which aims to create a system of urban air taxis based largely on electric vertical takeoff and landing (eVTOL) vehicles. “We’re working with Uber to analyze Uber’s common reference models, such as Tilt Rotor or Tilt Wing eVTOL vehicles, and develop weight prediction methods that apply to some of the most unique features of this new class of eVTOL vehicles that Uber’s Partners and network will support,” explains Dan Abir, M4 Engineering’s director of sales and marketing.

Other customers are working on new designs for supersonic jets, the fast-changing drone industry, and high-altitude platform station aircraft, which are essentially high-altitude gliders, Abir says, most often powered with solar or hybrid energy. These fly lower than satellites but can serve similar functions, for example in relaying communications signals.

Outside of the aeronautics sector, Abir says they have done some work in designing new submarines and even wind turbines. And they are even exploring work with companies interested in designing flying cars—which, unlike Uber’s air taxis, would be hybrid vehicles, able to drive on the ground as well as take off vertically and fly.

Abir says it’s exciting to see the diverse ways this software is helping create a new air mobility landscape. “We’re living in the age of the Jetsons,” he says, and with NASA’s help, companies like M4 Engineering are helping lead the way into the future.

Abstract
Designing new concepts for aircraft opens a universe of uncertainty. One important detail is weight, which can be difficult to estimate on a brand-new design. Software built by Long Beach, California company M4 Engineering Inc., with help from SBIR funding from Ames and Langley research centers, as well as NASA-developed and NASA-spinoff software, speeds up and simplifies the process. Today, many companies use the software, either through license or in consultation with M4, to help design new aircraft.

Another customer is Uber, which is using custom-designed M4 Engineering software—developed with expertise created for Structures Studio and including many of the same components—in its Uber Elevate program, which aims to create a system of urban air taxis. Image courtesy of Uber Technologies Inc. 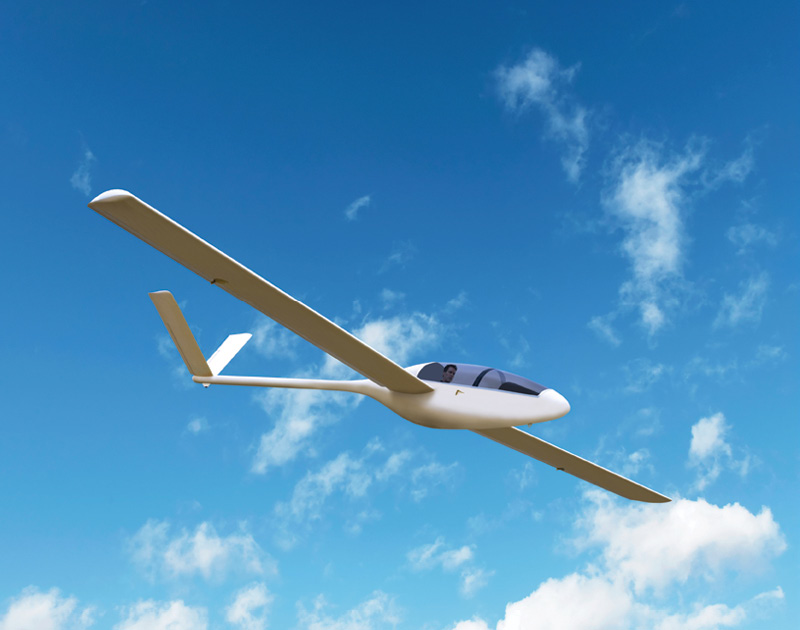 M4 Engineering licenses its weight estimating software, M4 Structures Studio, and also uses it in its consulting for clients. Its customers are working on a variety of novel aircraft designs, including high-altitude gliders similar to this one.

This urban air mobility concept vehicle was designed to carry up to six passengers for up to 75 nautical miles. However, estimating the weight of a novel design like this can be a challenge, in part because a wing with so many rotors faces very different loading conditions than a traditional wing. Thanks in part to NASA funding, M4 Engineering Inc. has designed software that quickly and accurately predicts the weight of structures like this one, helping speed up and improve the design process.