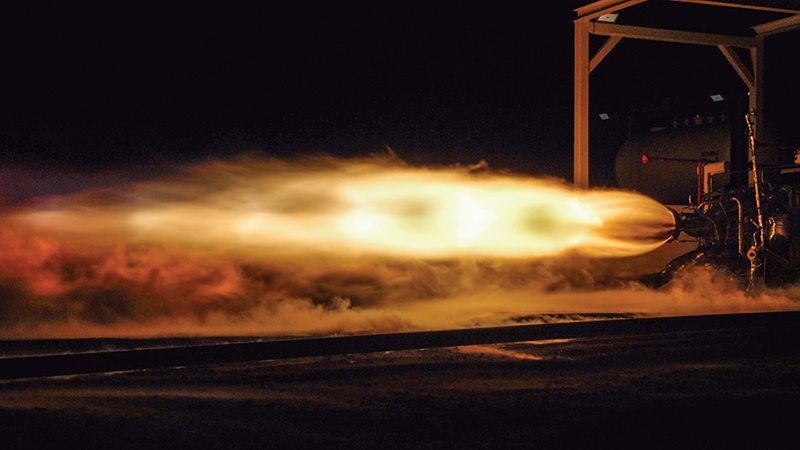 More than ever, day-to-day life on Earth depends on the growing number of satellites in orbit used for communications, navigation, tracking, science, defense, and a host of Earth-observation purposes. In 2018, Morgan Stanley estimated the space industry’s annual revenue could grow from $350 billion to $1.1 trillion or more by 2040, an expansion driven especially by the demand for satellite-based internet service. SpaceX alone has announced plans to launch a mega-constellation approaching 12,000 satellites, about six times the number of active satellites now in orbit. The advent of CubeSats—tiny, standardized, low-cost satellites built with off-the-shelf parts—has opened up orbit to students, start-up companies, and others.

The cost of launching satellites has fallen dramatically as more companies get into the space business, but even a small rocket launch remains too expensive for small satellites, forcing them to piggyback on larger missions. This inconvenience has been a major restraint on small satellites, the fastest-growing class.

In the interest of making launches more flexible, and getting in on a chunk of the growing satellite business, Virgin Galactic started working on a new approach to satellite launch in 2007, with NASA coming on board as a partner in 2015. The effort has since spun off into Long Beach, California-based Virgin Orbit, which made its first commercial launches in 2019. Rather than lift off from a launch pad, its LauncherOne rocket takes off from midair after hitching a ride on the ultimate “reusable first stage”—a specially outfitted Boeing 747 airliner.

The partnership between NASA and Virgin began with an Announcement of Collaboration Opportunity (ACO) under the Space Agency’s Flight Opportunities program. Under that agreement, work at Ames Research Center included computer simulation and modeling to analyze the aerothermodynamic performance of the airplane carrying the rocket under its wing, as well as the rocket’s heat shield. Ames engineers also helped optimize the rocket to carry satellites.

A second ACO, started in 2017, experimented with 3D-printed bimetallic combustion chambers at Marshall Space Flight Center and Glenn Research Center. “Traditionally, propulsion systems have been the most expensive and highest-risk components on a launch vehicle,” says Paul Gradl, who was the lead propulsion engineer at Marshall for the project, noting that 3D printing, also known as additive manufacturing, stands to bring those costs down substantially.

The effort at Marshall and Glenn built on work Marshall had pioneered in recent years under the Low Cost Upper Stage-Class Propulsion project, developing the tools and processes to 3D print a combustion chamber liner from GRCop-84, a copper alloy invented at Glenn by materials research engineer David Ellis.

The alloy, always intended for rocket combustion chambers, had shown promise in its strength, high conductivity, and resistance to oxidation and fatigue. Producing and processing it, however, had been extremely difficult, costly, and time-consuming, Ellis says, noting that it took six to nine months just to get a block of the material. But making the alloy as a powder and 3D printing it into a component turned out to be only a matter of weeks, he says. “It’s almost like it was made for 3D printing, now that we’ve demonstrated the process.”

Marshall and Virgin also experimented with additively manufacturing chamber liners out of two other alloys. Each printed liner was sent for inspection to Glenn, which has a number of tools and environments for material characterization. “It was an iterative process between Marshall, Glenn, and Virgin Orbit,” Gradl says. Marshall engineers, having extensive experience in propulsion systems, helped design the overall chambers.

Under the agreement, Virgin was responsible for à hot-fire testing the engine, which run on liquid oxygen and kerosene rocket fuel, but because the company’s facilities were booked, Virgin paid Marshall to test the GRCop-84 chambers. Gradl says the testing validated them for even higher temperatures and pressures than they were originally designed for.

The combustion chamber work was still ongoing when the 747, known as Cosmic Girl, made its first test flight with a LauncherOne rocket secured under its right wing near the fuselage by a specialized pylon in November of 2018.

By then, Virgin Orbit had received orders for dozens of flights on the rockets and planned to manufacture about two dozen of them per year.

The LauncherOne design is a two-stage, all-carbon-composite, expendable rocket, about 70 feet long and weighing about 57,000 pounds at takeoff, including its payload. It drops from Cosmic Girl at about 35,000 feet and then fires off into space. It can carry single or multiple satellites totaling between about 660 and 1,100 pounds, depending how high it’s taking them. This makes it a small satellite launcher by definition in an industry where anything weighing 1,100 pounds or less is considered “small.” (For comparison, a GPS satellite at launch weighs about four times that much.)

For now, LauncherOne can insert satellites anywhere in low-Earth orbit up to about 310 miles, where they can achieve Sun-synchronous orbit. The company is looking for ways to expand to geosynchronous orbit, which is far higher at more than 22,200 miles.

Each launch of the rocket costs less than $12 million. That’s not exactly cheap, in terms of cost per pound of payload, but LauncherOne promises something no one else can: a dedicated service that can take off from virtually anywhere, anytime.

“We’re really looking to be able to provide flexibility to customers in terms of being able to launch when they want, where they want,” says Sirisha Bandla, business development and government affairs manager at Virgin Orbit.

She notes that small satellites have become an established industry in recent years but lacked a convenient path to space. “They’ve been really restricted in where they can go because they’ve got to follow a primary payload’s orbit and schedule.”

Previously, anyone who wanted to launch a small satellite had to find space on a mission that had already been planned and would launch from one of a handful of launch pads, most of them on the coasts. If that mission was delayed, so was the satellite. The orbiter’s starting altitude and latitude were also determined by the primary mission, and many small satellites lack the ability to alter their orbit.

LauncherOne ends those limitations. Though it will start out taking off from the Mojave Desert, Cosmic Girl is capable of taking off from any runway—and under any conditions—that any other 747 can, and LauncherOne can place satellites in just about any orbit within its altitude range.

The Department of Defense, commercial launch company Spaceflight Industries, and planned Internet provider OneWeb are among the customers who have already purchased rides.

Another is NASA: by early 2019, the Agency’s Venture Class Launch Services had already purchased a ride for small satellites and CubeSats on LauncherOne.

Cosmic Girl, Virgin Orbit’s specially outfitted Boeing 747, carries the LauncherOne rocket to about 35,000 feet before the rocket drops and launches from midair. 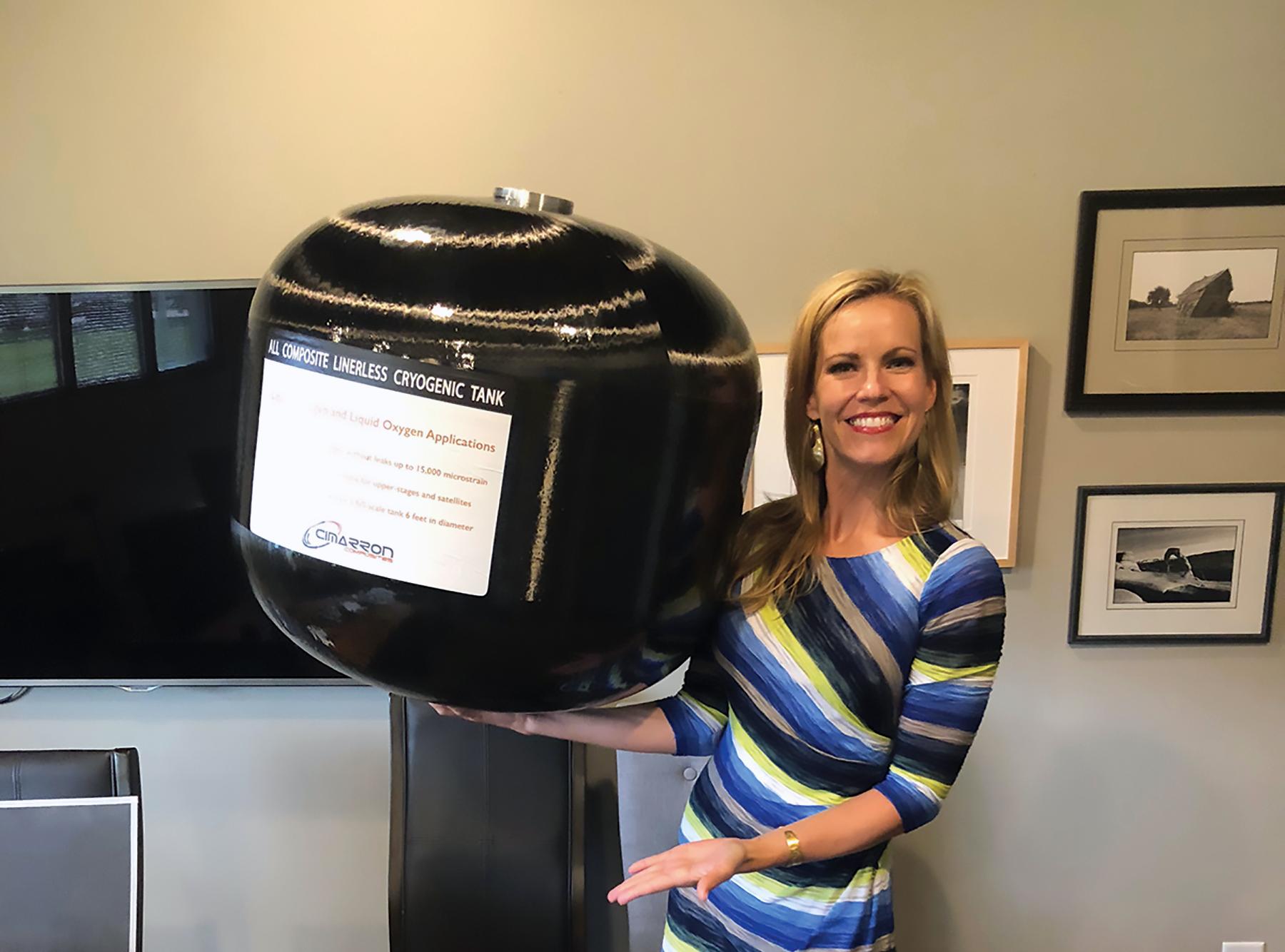