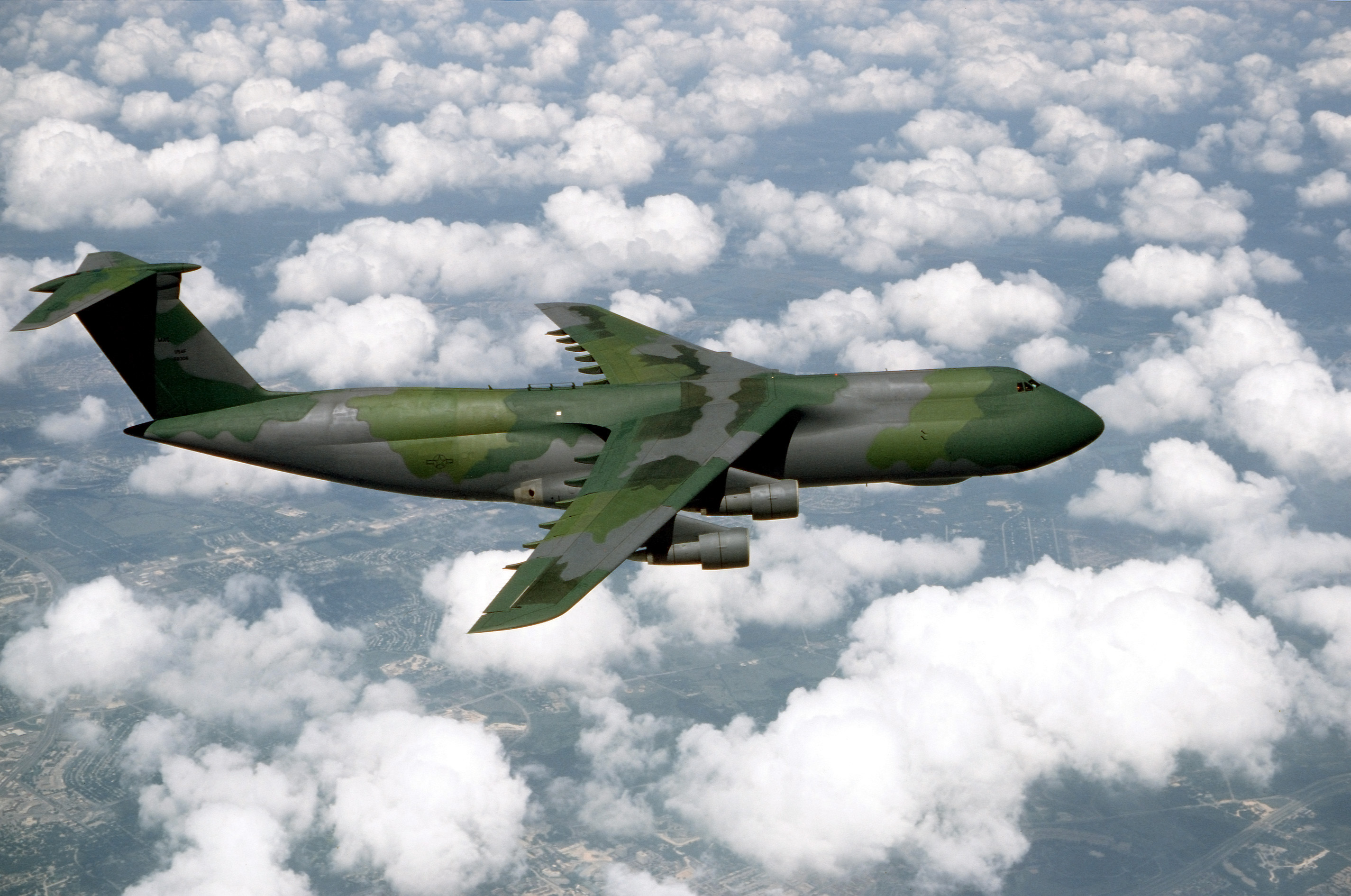 TetrUSS Stacks Up Building Blocks for Aircraft Design
Subheadline
NASA’s most popular and most-awarded software simulates aerodynamics for aircraft development and much more.

Anyone who excelled at the Game Boy’s top-selling video game will recall the animated rocket liftoffs that celebrated high scores. In addition to simulated rocketry and the name, NASA’s TetrUSS code has one other commonality with Tetris: unrivaled popularity.

The program is NASA’s most-downloaded software. It helps design aircraft and spacecraft, but it’s also been used to make cars, trucks and buildings, to model bird flight and even investigate plane crashes. The software has around 10,000 active software usage agreements across the country, estimates Craig Hunter, an aerospace engineer at Langley Research Center who has contributed to the program over the years.

Since NASA’s early days, the agency has led the way in modeling and simulation software for computational fluid dynamics (CFD), which models aerodynamic forces and flight performance. The software saves enormous amounts of money, ensures safer, more efficient products, and makes the design process more flexible. The agency has created and publicly released a number of codes in this field.

TetrUSS, short for Tetrahedral Unstructured Software System, started at Langley in the late 1980s but came of age in the ’90s. It’s a software suite comprising a flow solver known as USM3D, along with two other codes, GridTool and VGRID, which enable the creation of grids over a model’s surface and a lattice of tetrahedrons to represent the air around it. All CFD software relies on similar grids and compartments.

Unlike other options available in those days, says Hunter, TetrUSS was fast. “I’d been working with other codes where efforts were a minimum of weeks to months,” he says. With TetrUSS, results could come in just days.

The program won NASA’s Software of the Year award in 1996.

From “Last Resort” to “Indispensable”

Despite the early accolades, industry was hesitant at first to trust in CFD. A NASA contract with McDonnell Douglas exploring advanced subsonic airplane designs — and validating them through CFD — helped change that.

“I think that’s what gave industry a good feel for how well the codes could do and how to use the codes to get the best results,” says Rick Hooker, who led the project at McDonnell Douglas and still uses TetrUSS extensively at Helden Aerospace, the company he founded in 2010.

After leaving McDonnell Douglas, Hooker spent 18 years at Lockheed, where his team used TetrUSS in projects around many of the company’s flagship aircraft, updating engines, adding external features, certifying planes to fire certain weapons and identifying the parts most prone to wear.

Hooker notes that TetrUSS is also often used to design aircraft from scratch, such as the ultra-efficient hybrid wing-body airlifter Lockheed designed in cooperation with NASA and the Air Force.

“The really big thing about TetrUSS was how fast it was and just having confidence in the answers,” he says.

By the end of the 1990s, the rest of the industry was gaining that confidence too, in TetrUSS and CFD in general. “At first it was seen as a last resort, but it became an indispensable part of the programs,” Hooker says.

Hunter’s decision to adapt the program to work on Mac and Linux operating systems was another pivotal milestone for the software, which had previously only been available for expensive, science-grade workstations.

That initiative was almost entirely unfunded. “It’s just something people did as a volunteer effort on the side because it was exciting and it was important and it was fun,” Hunter says. “Nobody told us to or expected it.”

NASA released TetrUSS for Mac OS X in 2003. “Once it was available on consumer-class machines, our distribution went up by two orders of magnitude,” says Hunter, noting that the academic community suddenly became a major user.

In 2004, TetrUSS won the NASA Software of the Year award again, the only program to ever win the prize twice. It also won a 2004 Apple Design Award. In addition to being NASA’s most popular program, it’s also the most awarded.

Hooker says TetrUSS is central to all of Helden Aerospace’s work, used in all the company’s consulting and forming the basis of its HeldenMesh software suite. For HeldenMesh, the company replaced TetrUSS’s VGRID software with its own code, which completely automates the grid-generation process.

Grid generation has traditionally been the most labor-intensive part of CFD work, Hooker says, noting that manually creating a surface mesh for a full aircraft might take 60 hours of work, while HeldenMesh can create a billion-cell mesh in less than an hour on a standard laptop. Groups such as the Spaceship Company, Gulfstream and the Army, as well as NASA, are already using the software, which was developed under a couple of Small Business Innovation Research contracts from Langley.

The company, based in Acworth, Ga., is also working to build an automated version of GridTool. “NASA built this great framework, and we’re just improving it by automating all these processes,” Hooker says.

Automation will let designers model dozens of different designs, rather than one or two. “That’s going to lead to revolutionary new aircraft,” Hooker says.

Meanwhile, TetrUSS has also been used for automobile and boat design, plane crash investigations, gauging architectural aerodynamics, and modeling internal flows in systems of pumps and fans. And the program has thousands of academic users. “We’ve heard from college students who do some amazing stuff — stuff I wouldn’t even try,” says Hunter.

Before Google executive Alan Eustace set a record for the highest-altitude parachute jump in 2014, engineers at the company Dynetics used TetrUSS to simulate the flow field that would develop around his spacesuit as he fell, reaching supersonic speeds. They determined that these forces wouldn’t cause him injury and that he should be able to control his fall.

After American Airlines Flight 587 crashed in Belle Harbor, New York, shortly after takeoff in 2001, Hunter and others on the TetrUSS team were called on to use the software to recreate the accident and determine loads on the tail and rudder, which had been ripped off the plane in flight. Their work supported the theory that the pilot’s extreme rudder inputs caused the tail to detach. That same year, the team used TetrUSS to help determine what went wrong in the first test flight of NASA’s X-43A hypersonic aircraft, which spun out of control just seconds into the flight. They also helped with corrective measures and to restore confidence in the craft, which went on to set several airspeed records.

“We put this tool together, and it’s just gone off in different directions and done different things than we ever imagined,” Hunter says.

And it’s in another major transition period, with a new beta version of the USM3D solver developed and in testing, one that uses a new algorithm to get more accurate results about 10 to 20 times faster than the existing version.

“I think we’re going to see a new life for TetrUSS when that new version gets out into the hands of users,” Hunter says. “Every decade or so, this software has kind of gotten an infusion that’s a leap for it that keeps it going.”

Abstract
The TetrUSS software suite is available for free to U.S. citizens through a software usage agreement. Aircraft and spacecraft designers, government agencies, academics and many others use the software for a variety of purposes.

The Tetrahedral Unstructured Software System, or TetrUSS, illustrates the Mach numbers around the model of a proposed rocket-powered plane for Mars exploration. Credits: NASA 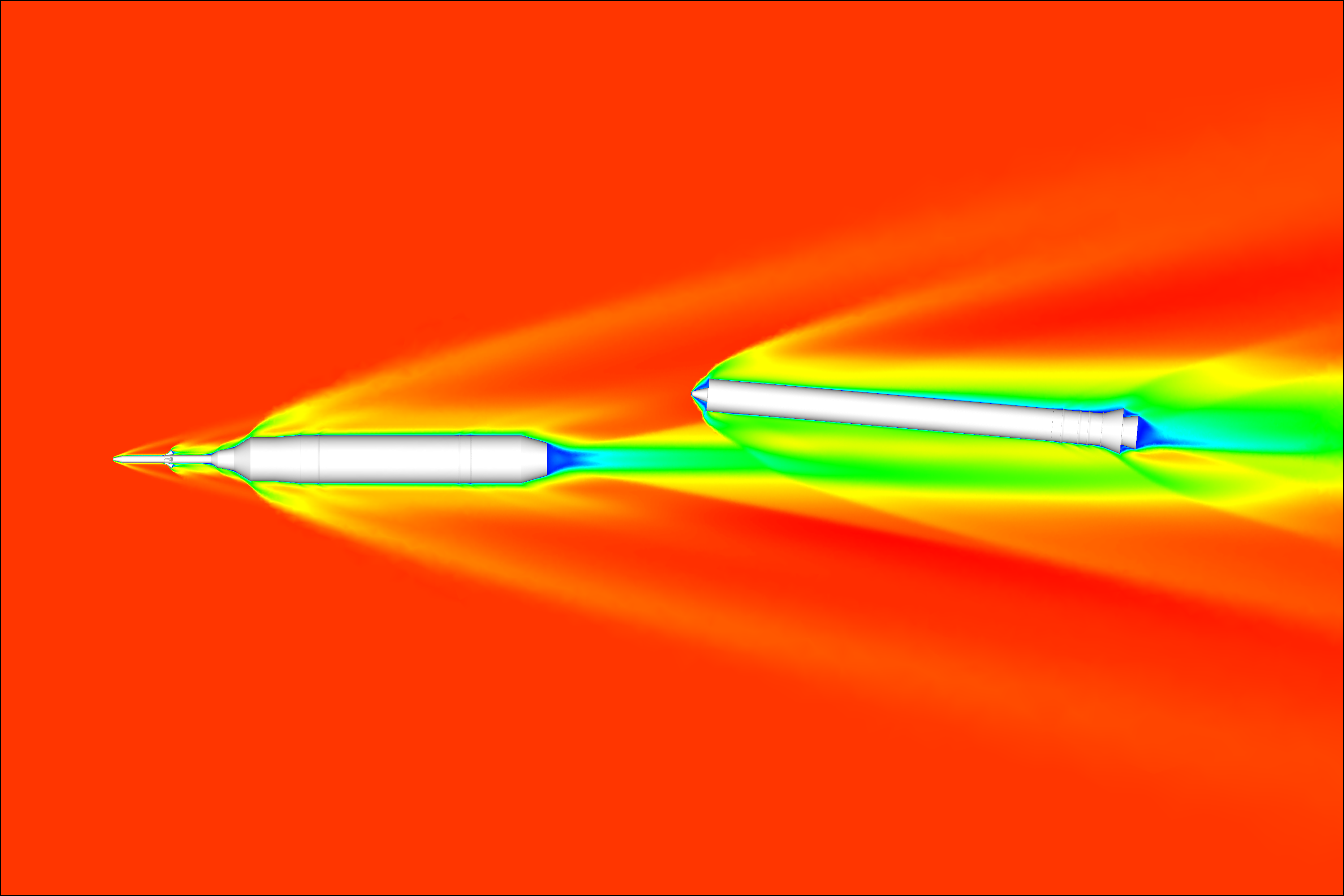 TetrUSS shows the Mach numbers around the Ares X-1 experimental launch system during a simulation of stage separation. Credits: NASA

Lockheed Martin has used TetrUSS to make modifications and identify parts most prone to wear on many of its flagship planes, such as the C-5 Galaxy. Credits: U.S. Air Force/TSgt. Bill Thompson