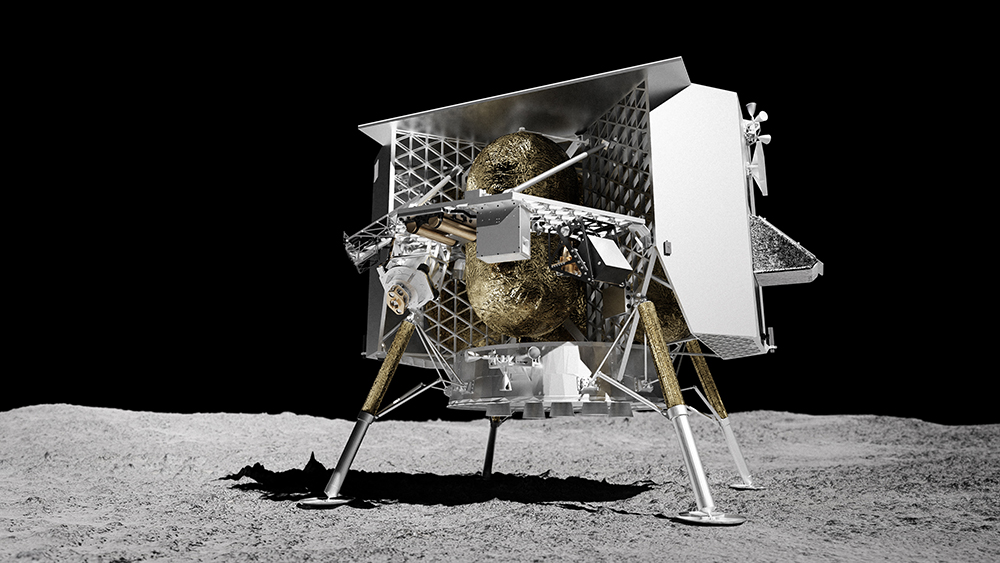 Autonomous robots building the shelters and other structures astronauts need before they even land is an exciting idea, but is it practical? Testing such a venture on Earth won’t prove it can be done on the Moon: up there, dust might interfere with machine parts and low gravity influences performance. However, a realistic test will take place when Astrobotic's Peregrine lands on the Moon.

Companies that NASA started working with in 2014 will send the first U.S. landers to the Moon since Apollo. One of these, Astrobotic Technology’s Peregrine lander, is due to launch in 2022 – and its payloads include a crew of mini-robots, owned by another company, which will attempt to coordinate their actions as a group.

Peregrine and other commercial lunar landers will enable more cost-effective and frequent trips to the Moon, rapidly advancing science and other endeavors, making the lunar surface accessible to more investigators.

The Lunar Cargo Transportation and Landing by Soft Touchdown (CATALYST) initiative, run out of NASA’s Marshall Space Flight Center in Huntsville, Alabama, aimed to develop an industry capable of taking payloads to the Moon, similar to the way private companies now resupply the International Space Station. After vetting each applicant’s strategic vision for providing commercial delivery service, NASA entered into a non-reimbursable Space Act Agreement to mentor each of the selected fledgling companies.

Astrobotic, based in Pittsburgh, was one of three companies chosen. The company engineered its own designs, leveraging NASA engineering assistance and advice, as well as access to space agency facilities and testing resources.

With Peregrine, Astrobotic is making a return on NASA’s in-kind investment.

‘The Last Step Is a Doozy’

The Peregrine Mission One payloads integrated by Astrobotic include technology, science experiments, and memorabilia from seven different countries. Among those paying to send their items to the Moon are academic institutions, commercial companies, private individuals, and space agencies – including NASA.

To help fund the new landers by buying space on them for agency payloads, NASA also developed the Commercial Lunar Payload Services (CLPS) initiative. A group of NASA’s payloads bound for the lunar surface, called task orders, went to Astrobotic.

“We’re not managing the mission, that’s up to a commercial company,” said Chris Culbert, manager of the CLPS initiative.That means NASA is trading a higher degree of risk for a lower cost.

As the lead for CLPS at NASA’s Johnson Space Center in Houston, Culbert said contracting commercial services in a new environment will include some failure. He pointed out that we have witnessed failed attempts in lunar landings.

However, by serving as an “anchor customer,” NASA is giving Astrobotic and others the opportunity to succeed. The agency’s $79.5 million CLPS award adds 11 scientific instruments and technology demonstrations.

Going Back for More

Peregrine will land near Lacus Mortis, a region near the equator of the Moon.

“There are plenty of satellites in Earth orbit that are commercially developed, but nothing past that,” said Sharad Bhaskaran, Astrobotic’s Peregrine mission director. “Our goal is to prove that you can go beyond Earth orbit and land on the Moon using a commercial vehicle.”

Among the 17 organizations sending payloads on the company’s first mission are:

And that crew of autonomous robots will try to prove a concept NASA has long considered – sending mobile robot teams in advance of human missions to the Moon and Mars. The trial could also make this option available to spacefaring companies.

Peregrine will rely on another NASA-supported technology to land – a propulsion system that uses a thruster designed by Frontier Aerospace Inc. The soft landing will help ensure all the payloads safely reach the lunar surface and provide essential performance data. This technology demonstration, developed with Tipping Point funding from NASA, will provide the data necessary for Astrobotic and Frontier Aerospace to develop commercial products to support successful future space exploration. And they will pay off for NASA since the agency plans to use the data for future lunar missions.

This will be the first of many flights the company makes, an unprecedented schedule of return trips to the Moon.

“Our goal is to be able to fly a lander once every year or 18 months,” said Bhaskaran. “When scientists get data back from Mission One, they can use that to modify the experiments. A year or so later, they can fly again, making the return on the science much faster.”

For a few lucky scientists, sending an experiment to the Moon still seems like a once-in-a-lifetime opportunity that carries tremendous pressure for success. And the scope of potential research on this first mission is necessarily narrow because it’s still demonstrating basic robotic lander technology. But more frequent, regular flights will support more diverse and expansive experimentation.

Researchers and companies will also be able to influence future lander destinations, so these missions can help expand knowledge about the Moon and its connections to Earth. Further landing and payload support technology development will be necessary for that research, and that evolution will also speed up as commercial flights become more frequent.

Astrobotic has also developed the ability to deploy satellites in two different orbits around the Moon. In addition to gathering more lunar data, satellites can add to our understanding of our solar system.

Dan Hendrickson, vice president of business development for the company, explained that the uniformity of the lander infrastructure will make it easier to prepare payloads.

“Every mission isn’t going to be boutique,” he said. “We can have the same type of vehicle going over and over again, which will enable lower prices.”

Astrobotic is already planning and accepting payloads for its third lunar lander, tentatively scheduled to make the journey in 2023. Hendrickson credited NASA with extending its spirit of ingenuity to the transition of these payload services to the private sector.

“It took a lot of vision on NASA’s part to take on this new approach,” he said. “It’s a new way of doing business, and it’s exciting to be a part of this.”

Abstract
Astrobotic Technology of Pittsburgh leveraged NASA expertise to develop one of the first commercial lunar landers, planned to deliver agency science and technology payloads in 2022. Private organizations and individuals are also sending payloads as space exploration becomes more accessible to everyone. 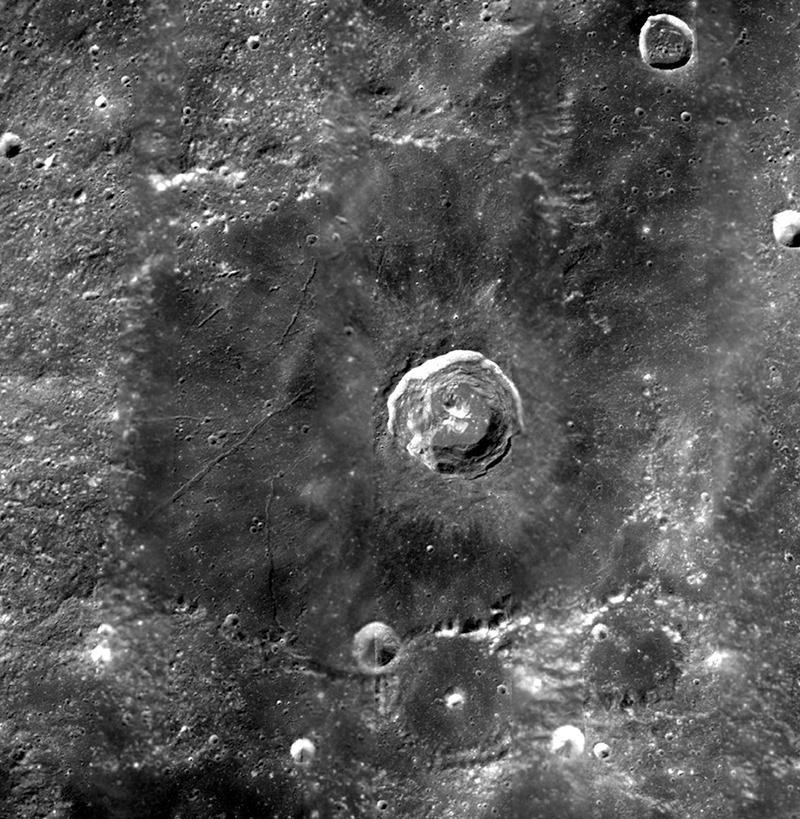 Lacus Mortis (Lake of the Dead) is about 223 miles across with a lot of flat area. This nearside landmark on the lunar surface will be the landing area for the first Astrobotic commercial lunar lander, named Peregrine. Credit: NASA 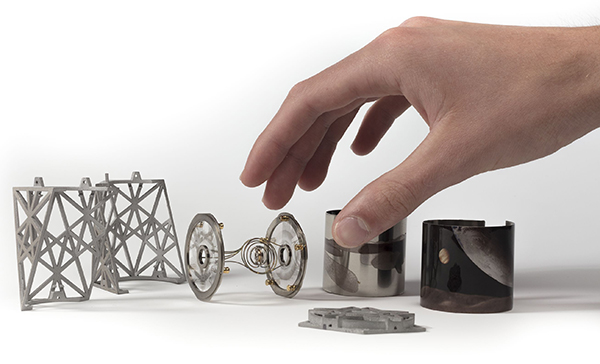 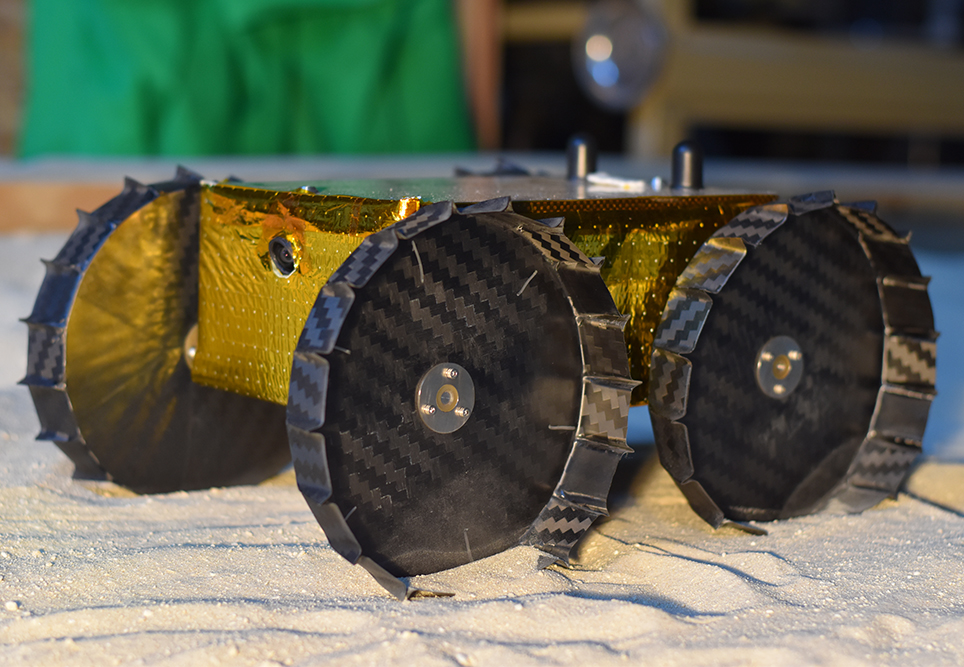 As an early commercial lunar lander, Peregrine is slated to deliver scientific, robotic, and education-related payloads to the surface of the Moon. The first lander will carry 11 NASA instruments, and the company plans to send a lander every 12 to 18 months once regular flights are operational. For the first time, anyone can gain access to the Moon. Credit: Astrobotic