It’s very important that the highly tuned components in sensitive instruments, whether on a spacecraft or used in a lab, don’t see their own reflection. In sensing devices across the electromagnetic spectrum like radar systems, structural elements called waveguides are used to direct signals between components, but their design can cause reflections. When a signal and its reflection intersect, they produce standing waves which can seriously degrade system performance. Devices called Faraday rotation isolators are used in all kinds of equipment to suppress these standing waves. The Faraday effect, discovered in 1845 by Michael Faraday, states that magnets in a ferrite material can change the polarization of an electromagnetic signal. Isolators use this principle to rotate reflected signals into a resistive layer that absorbs them.

Instruments aboard Earth-observation aircraft and satellites, such as spectrometers, take measurements in wavelengths of a few millimeters or smaller. NASA’s Jet Propulsion Laboratory in Southern California needed isolators that worked with these wavelengths to conduct spectrometer experiments. However, existing isolators maxed out slightly above 100 gigahertz – about a three-millimeter wavelength – and caused a high level of signal loss.

Under a Small Business Innovation Research (SBIR) contract with JPL, the team at Micro Harmonics in Fincastle, Virginia, developed a hand-built Faraday rotation isolator that could work at much higher frequencies and at higher power levels. They realized the solution was in the materials. Typical isolators use a long, magnetized ferrite core, which is responsible for most of the signal loss. Micro Harmonics shortened this core to its minimum possible length and tuned the magnetic field, significantly reducing the signal loss. The company also replaced the thermally insulating support washers used to suspend the ferrite in the waveguide with a diamond disc, which channels heat away from the resistive layer. They were able to get the low-loss isolators to work at 100 gigahertz, and subsequent developments achieved frequencies in excess of 330 gigahertz.

Now Micro Harmonics is seeing interest from universities and laboratories around the world. Because new high-speed cell phone bandwidths are in the millimeter range, it is important to test how these frequencies behave in several environments. Corporate telecommunications labs testing 5G networks need analyzer equipment outfitted with these extreme isolators to make sure the new systems function properly. Micro Harmonics has already sold their technology to analyzer manufacturers like Keysight.

Micro Harmonics is now on its fourth SBIR contract with NASA, this time working with researchers at Goddard Space Flight Center in Greenbelt, Maryland. While the company’s current models can handle the heat, this latest research contract focuses on isolators that work in extremely cold temperatures dealing with electronic component cooling in space, and the company is hopeful that these will have a place on the market as well.

Abstract
Through NASA SBIR contracts, Micro Harmonics built a new line of isolators that can operate at higher frequencies, and they are now being sold to testing laboratories for communications equipment. 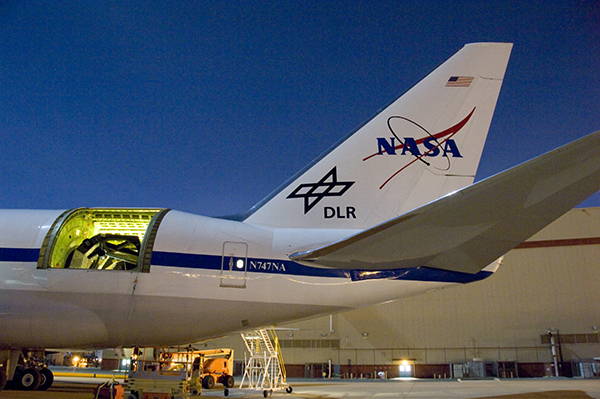 Instruments like spectrometers aboard research aircraft like the Stratospheric Observatory for Infrared Astronomy need to be small to fit in confined spaces on the plane. Making capable Faraday rotation isolators is vital to this miniaturization process. Credit: NASA/Tom Tschida 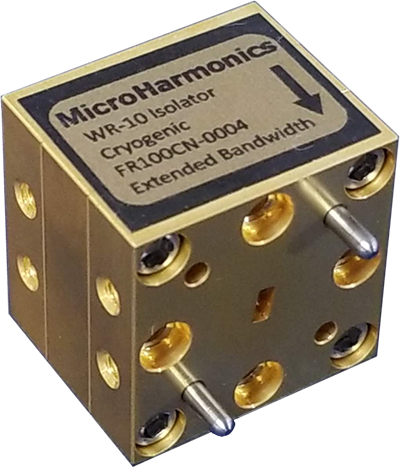 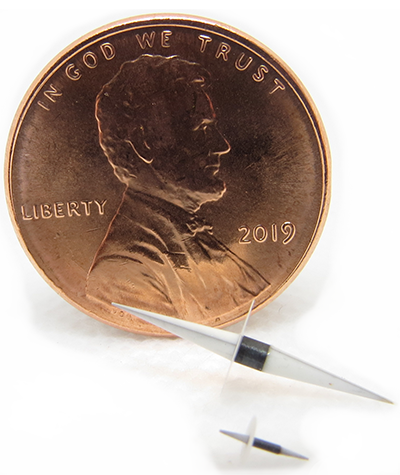 Created with the help of SBIR funding, the ferrite cores inside a Micro Harmonics isolator are small enough to be used in both sensors on satellites and instruments on the ground. Credit: Micro Harmonics