Ameron International Protective Coatings Group, Brea, California has been for more than half a century among the world's leaders in developing and producing protective coatings. The company has long been a supplier to NASA for coatings to protect space launch structures and other facilities. Beginning in 1990, Ameron developed a special formulation to meet NASA requirements for space launch pad coating. That technology is now being used in the company's commercial product line.

NASA wanted a coating that could withstand the 5,000-degree Fahrenheit temperatures generated by the blast of the Space Shuttle's rocket engines. The coating had to remain intact at that temperature for at least 10 minutes, and it had to insulate the launch pad so that its steel would not heat above 150 degrees Fahrenheit and buckle. Additionally, NASA wanted a sprayable coating that would cope for long periods with the heat, humidity and ultraviolet attack of the intense Florida sunlight.

For the NASA assignment, Ameron created an extra-high-temperature-resistant formulation of its Engineered Siloxane™ (PSX™) chemistry, which employs an inorganic silicon-oxygen structure that, Ameron states, is stronger and more reliable than the carbon-based structure in organic polymers. The formulation-known as Amercoat® 3335-won NASA approval and brought NASA a bonus: PSX products formulated from this technology can be applied in one coat directly over the inorganic zinc primer, with no need for a mid-coat, therefore it offers reduced application time and labor for general structural steel applications. Amercoat 3335 has been applied to the launch pads for the McDonnell Douglas Delta rocket at Cape Canaveral Air Force Base. Additional applications to other launch pads at the Kennedy Space Center/Cape Canaveral complex are planned.

The PSX technology that was tailored to NASA requirements is incorporated in some general purpose formulations for the company's commercial customers. One product, PSX-700, is designed for exceptional weatherability, corrosion control and long-lasting protection with only one application; it is intended for such uses as bridges and marine structures, industrial plants, tanks and piping, and on transportation vehicles, including boats and barges. PSX-738 is a product designed to withstand twice as much continuous heat as conventional heat-resistant coatings (more than 2,000 degrees Fahrenheit), and it is capable of protecting both carbon steel and stainless steel, even under insulation.

Engineered Siloxane and PSX are trademarks of Ameron International Corporation.

Amercoat is a registered trademark of Ameron International Corporation. 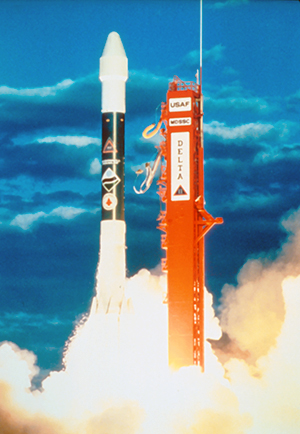 An Ameron formulation designed for protection of NASA launch pads is in service on the launch pads for Delta rockets. 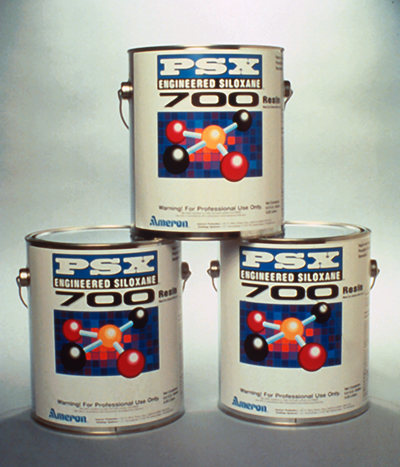 Ameron's PSX 700 coating is an industrial-use adaptation of the launch pad coating.