Computer software to control automated rovers trekking across the reddish terrain of Mars serve double time in industrial robots that inspect hazardous waste sites, underwater cables, and in the decommissioning of nuclear reactors.

The ControlShell system was used extensively on a cooperative project to enhance the capabilities of a Russian-built Marsokhod rover. As a U.S.-Russian collaborative endeavor, NASA avionics and a ControlShell controller were used in the upgrade.

The Marsokhod rover is being evaluated for eventual flight to Mars. Operated from Earth through electronic links, the planetary tele-rover would depend on control software for day-to-day operations. Additionally, the long delay times of communications between Earth and Mars, upwards of 20 minutes each way, demand a high degree of computer and software support.

RTI's ControlShell empowers its users to build applications from small code objects called components. These components let developers share and reuse code on a scale never before possible. Other key features of ControlShell include its ability to graphically automate both sophisticated feedback-loop control and event-driven reactive logical programming. Another attractive distinction of the software is that novice programmers can easily build structured, quality code. On the other hand, the most talented of programmer can effortlessly extend the framework and build large, complex systems.

One ControlShell tool is RTI's StethoScope® . As a real-time data collection and display tool, StethoScope allows a user to see how a program is running without changing its execution. A live, graphical window allows the user to monitor variables, archive data, collect time histories, and change values—all without affecting how a system is executing.

RTI has successfully applied its software savvy in other arenas, such as telecommunications, networking, video editing, semiconductor manufacturing, automotive systems, and medical imaging.

Work on the Marsokhod project demonstrated the value of the ATCC incubator program. Taxpayer supported research was leveraged by placing NASA technologies in the entrepreneurial hands of RTI.

"NASA Ames made a huge contribution to our technology," states RTI President and CEO Stan Schneider. "The ATCC catalyzed our efforts to bring this technology to market. These cooperative efforts allow important research results to impact a much wider audience. They are crucial to the efficient use of our national research talent," Schneider says.

ControlShell is a trademark of Real-Time Innovations, Inc.

StethoScope is a registered trademark of Real-Time Innovations, Inc.

Abstract
Real-Time Innovations, Inc. (RTI) collaborated with Ames Research Center, the Jet Propulsion Laboratory and Stanford University to leverage NASA research to produce ControlShell software. RTI is the first graduate" of Ames Research Center's Technology Commercialization Center. The ControlShell system was used extensively on a cooperative project to enhance the capabilities of a Russian-built Marsokhod rover being evaluated for eventual flight to Mars. RTI's ControlShell is complex real-time command and control software capable of processing information and controlling mechanical devices. One ControlShell tool is StethoScope. As a real-time data collection and display tool StethoScope allows a user to see how a program is running without changing its execution. RTI has successfully applied its software savvy in other arenas such as telecommunications networking video editing semiconductor manufacturing automobile systems and medical imaging. " 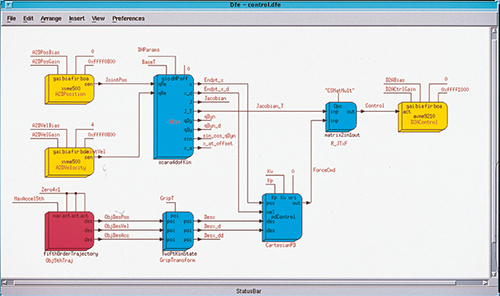 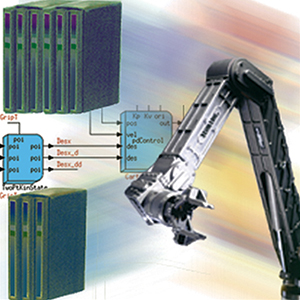 ControlShell allows large groups of programmers and projects to share and reuse software objects. RTI software was the first graduate of the Ames Technology Commercialization Center.