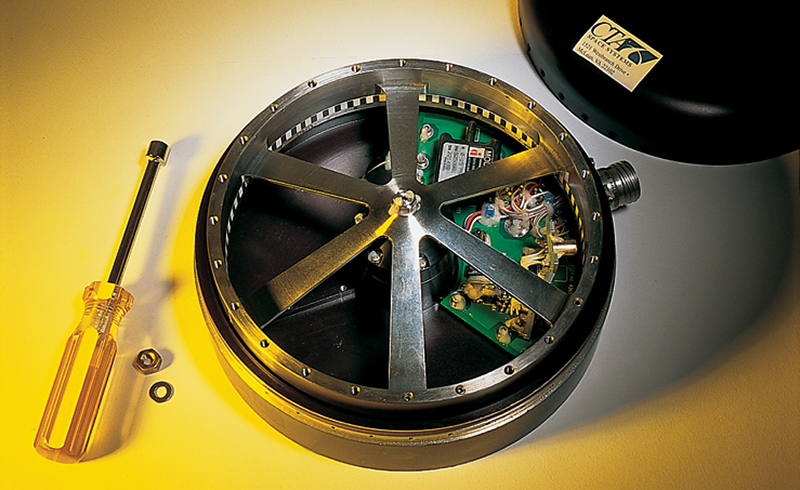 Being a big wheel in spacecraft lingo may be detrimental if you are trying to stay competitive in the explosive world of small satellite building.

CTA Space Systems, Inc. of McLean, Virginia has been licensed to sell commercially a reaction/momentum wheel originally developed for

NASA's scientific satellites. The wheel is unique in its small size, extremely low residual imbalance, and large, highly controllable torque. These are the same features required by a growing number of small commercial satellites.

In licensing from NASA, CTA was able to virtually eliminate the technical risk and minimize the financial investment that would normally be required to introduce a new spacecraft component.

Reaction/momentum wheels are flywheels used to provide attitude control authority and stability on spacecraft. By adding or removing energy from the flywheel, torque is applied to a single axis of the spacecraft, causing it to react by rotating. By maintaining flywheel rotation, called momentum, a single axis of the spacecraft is stabilized. Several reaction/momentum wheels can be used to provide full three-axis attitude control and stability.

NASA originally identified a need for the wheel in its Small Explorer (SMEX) program an initiative to develop highly focused and relatively inexpensive scientific spacecraft. One such spacecraft is the Submillimeter Wave Astronomy Satellite (SWAS). Keeping the SWAS instrument pointed at celestial objects to a high degree of precision (arc seconds) requires extremely low jitter of the spacecraft. SWAS also required a reaction/momentum wheel with a torque greater than any comparably sized commercially available wheel.

is unique in that it features a large, highly controllable torque in a small package with low power and an extremely low residual imbalance. To minimize imbalance, an innovative flywheel/bearing arrangement is used that allows the entire rotating system to be balanced after it is assembled.

The development has proven so successful, eight more wheels have been fabricated by NASA for other SMEX space science missions.

A market assessment by Research Triangle Institute (RTI) for Goddard Space Flight Center was completed, showing that the flywheel technology had commercial potential. NASA applied for a patent and pursued commercialization of the technology with RTI assistance.

CTA had prior experience with the technology while under government contract. Recognizing that the Small, High Torque Reaction/Momentum

Wheel developed by NASA had unique specifications, CTA applied for a patent license, with an eye toward commercial sales. The license was granted in the fall of 1996, and CTA Space Systems, Inc. currently uses the technology in its complete spacecraft fabrication services.

CTA Space Systems has successfully built over 10 of the reaction/momentum wheels for commercial, scientific, and military customers. Engineers from Goddard Space Flight Center are continuing to work with CTA to transfer and adapt the technology for wider commercial use and application.

As a leading manufacturer of lightweight satellites, CTA Space Systems must develop spacecraft and integrate payloads in short time frames to assure standards for affordability. The reaction/momentum wheel technology is sure to help maintain that thrust.

Abstract
CTA Space Systems, Inc. has been licensed to sell commercially a reaction/momentum wheel originally developed for NASA's scientific satellites. NASA originally identified a need for the wheel in its Small Explorer program. The Submillimeter Wave Astronomy Satellite required extremely low jitter and a reaction/momentum wheel with a torque greater than any comparably sized commercially available wheel to keep the instrument pointed at celestial objects to a high degree of precision. After development, a market assessment by Research Triangle Institute was completed, showing commercial potential for the flywheel technology. A license was granted to CTA in the fall of 1996. The company currently uses the technology in its complete spacecraft fabrication services and has built over 10 reaction/momentum wheels for commercial, scientific, and military customers. 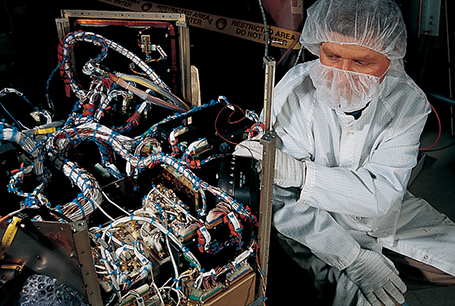 Inside CTA Space System's High Torque Reaction/Momentum Wheel is an innovative flywheel/bearing arrangement that allows the entire rotating system to be balanced after it is assembled.