In the same way that the inventions of steel in the 1800s and plastic in the 1900s sparked revolutions for industry, a new class of amorphous alloys is poised to redefine materials science as we know it in the 21st century.

Welcome to the 3rd Revolution, otherwise known as the era of Liquidmetal® alloys, where metals behave similar to plastics but possess more than twice the strength of high-performance titanium. Liquidmetal alloys were conceived in 1992, as a result of a project funded by the California Institute of Technology (CalTech), NASA, and the U.S. Department of Energy, to study the fundamentals of metallic alloys in an undercooled liquid state, for the development of new aerospace materials. Furthermore, NASA’s Marshall Space Flight Center contributed to the development of the alloys by subjecting the materials to testing in its Electrostatic Levitator , a special instrument that is capable of suspending an object in midair so that researchers can heat and cool it in a containerless environment free from contaminants that could otherwise spoil the experiment.

Prior to the discovery of the material that would eventually come to be known as Liquidmetal, Dr. Bill Johnson of CalTech had spent over 20 years studying the feasibility of creating new types of metals with liquid atomic structures. As a professor of Engineering and Applied Science, Johnson’s motivation to study liquid-like metals was the work of a former CalTech materials scientist named Pol Duwez. In 1959, Duwez employed a rapid cooling process to successfully create a thin, gold-silicon alloy that remained amorphous at room temperature. This ribbon-like form of amorphous metal caught on, and is still being used today in transformer cores on power poles to reduce transmission losses.

As Johnson’s studies continued over the years, he envisioned amorphous metals in thick, structural hunks that did not require rapid cooling for formation. In 1992, he and Dr. Atakan Peker—a graduate student at the time—patiently spent 10 months bringing this concept to fruition as part of their task for CalTech, NASA, and the U.S. Department of Energy. Using a complicated blend of elements (zirconium, titanium, nickel, copper, and beryllium) possessing varying chemical characteristics, Johnson and Peker were able to create a newly structured alloy that turned from a liquid structure or non-crystalline to a solid at room temperature, without having to subject the material to rapid cooling.

Over the next 6 months, the two-man team experimented with varying amounts of the chemical elements and several hundred resulting glassy alloys. They ultimately concocted a promising recipe they termed as “Vitreloy.” There were no doubts cast over the amazing strength of Vitreloy. A 1-inch-diameter bar of the new material was capable of lifting 300,000 pounds, while a titanium bar of the same size supported 175,000 pounds. Despite this superb achievement, Vitreloy was quite delicate, having the propensity to shatter like glass. Johnson explained that this shear failure would occur because Vitreloy lacked the crystals normally found in conventional metals that gather together to protect a surface area from imperfections and damaging forces. On the other hand, by not possessing crystals, amorphous metals are elastic, strong, and corrosion-proof.

Using methods resembling those employed to process plastics, Johnson and Peker in 2000 improved upon Vitreloy to create an extended family of Liquidmetal alloys with improved strength properties that do not inhibit the metal’s flexibility to be shaped and processed into many different forms.

Arguably the first major breakthrough in materials technology since the development of thermoplastics, Liquidmetal alloys offer superior mechanical properties compared to other highly engineered materials. Compared to crystalline metallic alloys, Liquidmetal is much more resistant to permanent deformation from impact, and 3 times more elastic or resilient. To demonstrate the elasticity phenomenon, three identical, polished, marble-sized balls made of stainless steel were each dropped into their own glass tubes from the same height and left to bounce. Each tube contained a different type of metal plate at the bottom: the first tube possessed a steel plate, the second tube a titanium plate, and the third tube a Liquidmetal plate. The ball in the steel-plated tube and the ball in the titanium-plated tube ceased bouncing between 20 and 25 seconds, while the ball in the Liquidmetal-plated tube continued to bounce for 1 minute and 21 seconds. Also, the plate made from Liquidmetal was the only plate containing enough elasticity to allow the ball to bounce completely out of the glass tube several times after the initial drop.

Liquidmetal Technologies, Inc. , of Lake Forest, California, is the owner of the intellectual property rights for Liquidmetal, holding more than 40 worldwide patents and trademarks on the composition, manufacturing process, and usage of the technology. The company began manufacturing plates for golf equipment in 1996, and has since catapulted its business to a new level with many other applications built from Liquidmetal technology.

Scientists at Liquidmetal Technologies discovered that the inclusion of Liquidmetal alloys into a wide range of military products could significantly enhance the performance and safety levels of these items. The initial military product identified was the Kinetic Energy Penetrator (KEP), the most effective armor-piercing ammunition used by the military. The KEP currently utilizes depleted uranium alloy rods, however, so the U.S. Department of Defense is searching for a new, environmentally safe KEP material that performs as well as this heavy metal, but without the potential hazards (depleted uranium is slightly radioactive and has chemical toxicity properties that, in high doses, can cause adverse health effects). Based on an initial testing occurring recently, the U.S. Army found the Liquidmetal refractory-based alloy composite to have unique characteristics that make it an improved material for use as KEP rods in advanced armor-piercing ammunition. As a result, the Department of Defense is working closely with Liquidmetal Technologies to develop a range of KEP rods that are suitable to replace the depleted uranium rods.

In 2003, HEAD Racquet Sports, a division of HEAD NV, incorporated the revolutionary metal alloy into a new tennis racquet line. HEAD has maximized the benefits of the alloy by applying it to four strategic areas of the Liquidmetal racquet’s head. This allows all of the energy from ball impact to be used for a powerful return, so what a player puts into his or her swing is exactly what they get out. No energy is lost on ball impact due to the racquet’s liquid atomic structure.

The HEAD Liquidmetal Radical, one of several HEAD racquet models featuring the alloy, was named one of BusinessWeek’s and FORTUNE’s 25 best products for 2003. This model is also considered the “weapon of choice” for tennis star Andre Agassi. “The power and maneuverability of the Liquidmetal technology is unparalleled,” states Agassi, who ranked number one in the world in August 2003.

Liquidmetal is proving to be an attractive and effective casing for wristwatches and jewelry. Swiss luxury watchmaker TAG Heuer is featuring the high-performance alloy as the casing of a new, special edition, state-of-the-art chronograph timepiece. The digital movement timepiece was unveiled at the BASEL 2003 World Watch & Jewelry Show as the Microtimer Concept Watch. Built upon TAG Heuer’s international reputation for precision, endurance, and technological innovation, it is fitted with the first Swiss electronic movement accurate to 1/1000 of a second.

The Liquidmetal properties translate into a watchcase that is scratch-, dent-, and corrosion-resistant, and at the same time provides a high gloss that can be polished to a luxurious jeweler’s finish. Furthermore, the ability of Liquidmetal alloys to be cast into precision net-shape parts offers additional opportunities and advantages for their application in unique and sophisticated jewelry designs. TAG Heuer, together with its parent company Moet Hennessy Louis Vuitton, have agreed to broaden their product portfolios utilizing Liquidmetal technology.

In telecommunications and electronics, Liquidmetal Technologies has created markets for scratch-resistant and slim-but-strong cellular phone casings. Vertu Limited, a luxury personal communication company, features the alloy in the bezel and battery cover of its new Vertu® Ascent Collection, available in fine jewelry and department stores worldwide. In an effort to answer consumer demands for smaller, thinner, and more aesthetically pleasing cellular phone designs, Samsung Electronics Company produced a Liquidmetal super-thin liquid crystal display screen frame component for its SCH-X199 mobile phone model. More recently, Samsung has focused on developing small, net-shaped parts such as hinge assemblies, and is incorporating these parts into cellular phones and other devices. The small, functional parts exploit the high strength and elasticity of Liquidmetal while using the alloy’s ability to be “plastically processed” to obtain precision hardware at cost structures competitive with plastic parts.

In medicine, Liquidmetal Technologies is working with DePuy Orthopaedics, a division of Johnson & Johnson, to develop orthopedic implant products such as hip and knee replacement devices, as well as scalpel blades that are stronger and sharper than steel, less expensive than diamond, and longer lasting than modern blades.

For industry, Liquidmetal Technologies offers a complete line of alloy coatings and powders for equipment and machinery that provides the exceptional benefits of an amorphous surface in tough environments of high wear, temperature, and corrosion. These products possess the right properties to significantly extend part life, including low coefficient of friction, low shrinkage, wear resistance, and high-temperature performance. With established applications in oil drilling thousands of feet beneath the sea floor, refining, pulp and paper, food processing, and agriculture, the coatings are a dependable solution to everyday wear and tear.

Spinning back to the Space Program, NASA and Liquidmetal Technologies worked together on four Space Shuttle missions, enabling NASA scientists to study the alloy firsthand in the microgravity conditions of space. The technology is also being considered for several upcoming aerospace applications, possibly helping to get the 3rd Revolution even further off of the ground.

Liquidmetal® is a registered trademark of Liquidmetal Technologies, Inc.

Vertu® is a registered trademark of Vertu Limited. 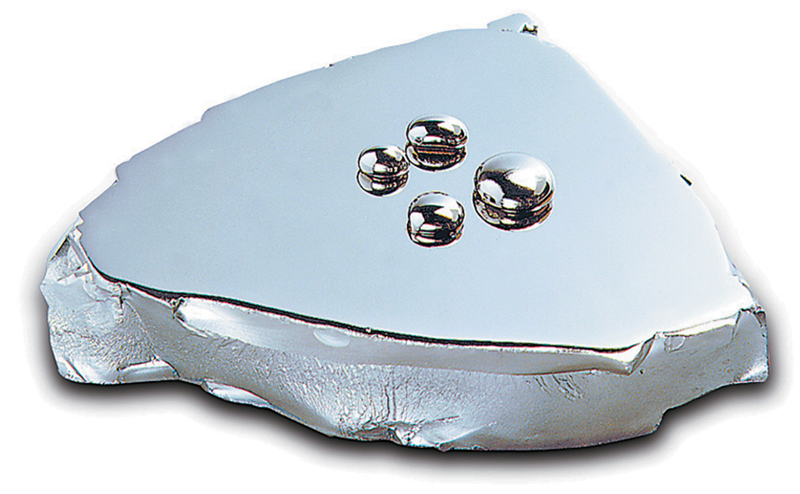 With an amorphous atomic structure that is unprecedented for structural metals, the Liquidmetal® alloy possesses superior elasticity and a high yield strength more than twice that of high-performance titanium alloys.

Rawlings Sporting Goods Company, Inc., and Liquidmetal Technologies, Inc., teamed up to develop the “next standard” in high-performance baseball equipment. 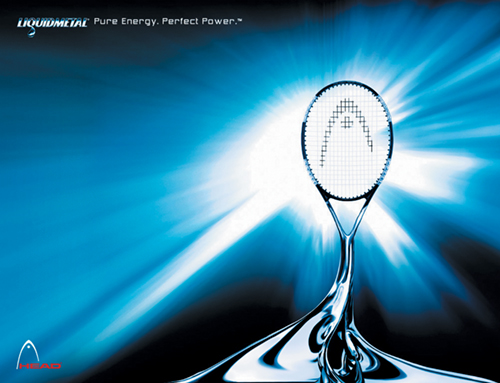 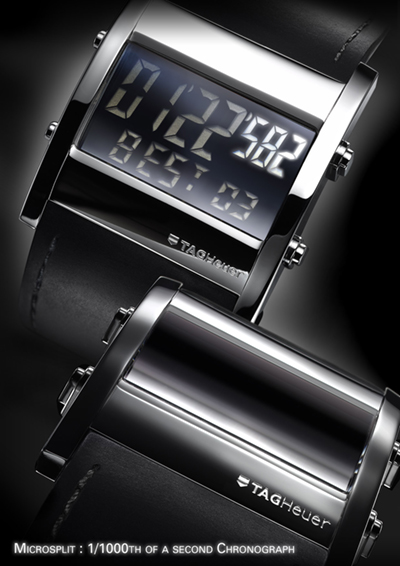 The Liquidmetal® properties translate into a watchcase that is scratch-, dent-, and corrosion-resistant, and at the same time provides a high gloss that can be polished to a luxurious jeweler’s finish. Swiss luxury watchmaker TAG Heuer is featuring Liquidmetal® as the casing of a new, special edition timepiece.

Rawlings Sporting Goods Company, Inc., and Liquidmetal Technologies, Inc., teamed up to develop the “next standard” in high-performance baseball equipment. 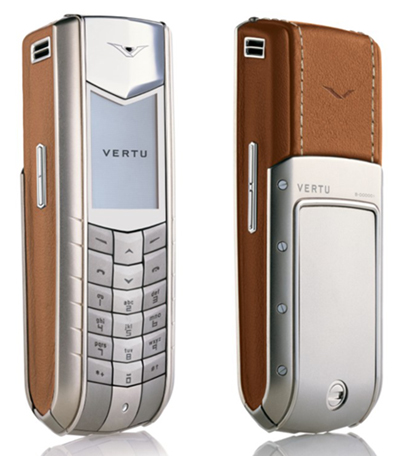 The new Vertu® Ascent Collection, featuring Liquidmetal® in its bezel and battery cover.