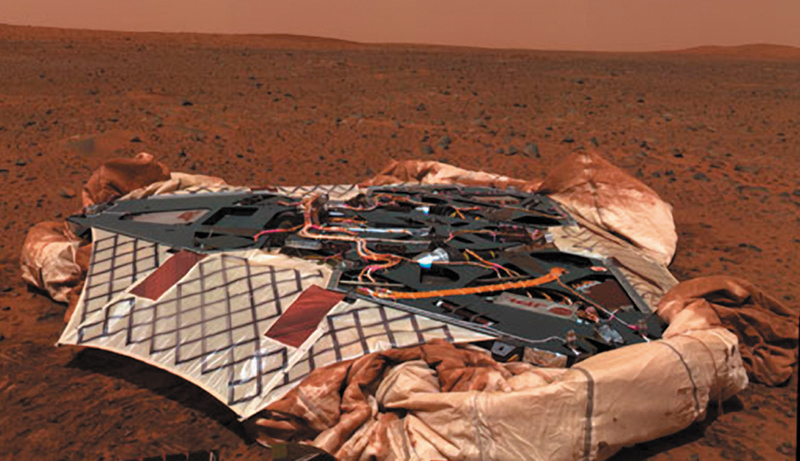 Space is a hostile environment where astronauts combat extreme temperatures, dangerous radiation, and a near-breathless vacuum. Life support in these unforgiving circumstances is crucial and complex, and failure is not an option for the devices meant to keep astronauts safe in an environment that presents constant opposition. A space suit must meet stringent requirements for life support. The suit has to be made of durable material to withstand the impact of space debris and protect against radiation. It must provide essential oxygen, pressure, heating, and cooling while retaining mobility and dexterity. It is not a simple article of clothing but rather a complex modern armor that the space explorers must don if they are to continue exploring the heavens.

In 1947, before people successfully left the Earth’s atmosphere, ILC Dover, Inc., of Frederica, Delaware, the governmental supply branch of the International Latex Corporation, was manufacturing high-strength rubber rafts for U.S. Navy Seals. This product proved the basis for a succession of increasingly complex projects in the high-strength textile market. In the next decade, the company’s production of pressurized textiles brought it into the realm of creating pressurized flight suits and helmets for American U-2 spy plane pilots, who flew in extreme altitudes. ILC Dover’s success with pressurized flight suits led to its bidding and winning the space\ suit contract for the Apollo mission in 1965 with its AX5L suit—a modified, pressurized suit with woven restraints, air bladders, and wrist cuffs that still is used by astronauts today.

Since the early Apollo contract, ILC Dover, in conjunction with Hamilton Standard, of Windsor Locks, Connecticut, has designed and produced space suits for NASA. These suits have flown on every mission, and ILC Dover maintains a staff of 15 full-time employees at the Johnson Space Center dedicated to fitting, assembling, and repairing the space suits for the entire astronaut corps.

ILC Dover’s partnership with NASA to create the space suits resulted in mastery of life-critical applications, quality workmanship, and testing for high reliability and safety in extreme conditions, as well as the repeated analysis of processes and inspection. ILC used these skills and the NASA-honed expertise to create a handful of spinoffs, including work in the medical, pharmaceutical, personal protection, and aerospace markets.

NASA also called upon ILC Dover’s skills recently, providing the company’s engineers the opportunity to spin some of their technical talents back into the Space Program. They designed and manufactured the Mars landing space inflatables for the Pathfinder and Mars Explorer Rover (MER) Missions. These large airbags cushioned the drop onto the surface of the Red Planet. In addition, they manufactured the landing ramps and continue to provide suits to support the construction of the International Space Station.

Through its work with space suit designing, testing, and manufacturing, ILC Dover developed skills and processes unique to industry. It has harnessed this space know-how on numerous occasions and has developed several spinoff products. The work ranges from therapeutic suits to safe, efficient pharmaceutical manufacturing; to new, simple-to-use, life-saving gas and chemical masks; and to lighter-than-air (LTA) vehicles.

ILC Dover has engineered therapeutic cooling and heating suits to assist people suffering from various maladies. The Cool Vest, featured in Spinoff 1982, is a lightweight cooling garment, designed to reduce the effects of heat stress, that ILC Dover created out of its work with the liquid-cooling systems used to regulate astronaut body temperature in the space suit. This vest has applications in rigorous industrial environments where elevated temperatures can be debilitating. It also has been used to lower the body temperatures of people suffering from hypohidrotic ectodermal dysplasia, a rare disease in which the sufferer is lacking in sweat glands, as well as to lessen the effects of heat-related symptoms in people suffering from multiple sclerosis.

More recently, the engineers at ILC Dover experimented with using the same radio frequency molecular stimulation that they use to fasten space suit components together to generate low levels of heat deep within muscles for treating muscular stress. The stimulation caused by this technique leads to deep tissue diathermy or the oscillating of cellular muscle tissue for deep warmth. Whereas a conventional heating pad applied to an injury would only heat the surface of the ailment, the radio frequency approach manages to heat the actual sore tissue. Developed in conjunction with SeliCor, Inc., a biomedical device company in Austin, Texas, this product is now being marketed as SeliTherm.

ILC Dover has pushed applications of its space know-how into the pharmaceutical-manufacturing arena with the creation of the DoverPac. Designed in collaboration with pharmaceutical giant, Eli Lilly and Company, the DoverPac provides high levels of reliable containment during charging and offloading of highly active ingredients in powder form. The system, a series of high-strength, flexible, transparent tubes, helps get drugs to the market faster while protecting workers and ensuring integrity with its low permeability and many safety features. It is composed of a tough fabric outer restraint and a durable liner made of the rugged ILC Dover-developed ArmorFlex film. At the top of the many safety features, this system offers increased productivity with a uniquely designed crimping system that allows one-person operation and integral sleeves that facilitate quick sampling without breaking containment.

A great deal of NASA knowledge went into the production of this product with the potential of revolutionizing the pharmaceutical-manufacturing industry. First, the DoverPac is manufactured at the same factory, and undergoes the same scrutiny and rigorous testing as NASA’s space suits. Furthermore, the heat-sealing technology employed by ILC Dover to seal components within the space suit is the same that is used to create the DoverPac, and the woven restraint/bladder that contains the powderized product mirrors the design approach used on the space suit. The outer restraint of the DoverPac is made of a grounded woven mesh to avoid static sparks near the fine powders. This is the same mesh found on the inflatable devices used for the Mars Pathfinder and MER.

ILC Dover takes great pride in knowing that it provides state-of-the-art protection from chemical, biological and nuclear inhalants for U.S. soldiers. Already the sole provider of the M40 gas mask to the U.S. Army and having equipped more than 1.5 million soldiers to date, ILC Dover has developed a new civilian gas mask, the SCape Hood.

M40 masks are the best protection available for trained soldiers, but are not practical for the average person. Traditional gas masks employ face seals that will not work on bearded or unshaven people or wearers of eyeglasses. Moreover, traditional gas masks demand multiple sizes to fit the wearer population, require extensive training, and are not designed for children or infants. The SCape Hood, however, eliminates these problems. Due to its unique design, there is no worry about size or seal, and the device can be in place and functioning in under 30 seconds. As soon as the mask is removed from its container, a blower automatically initiates and the hood inflates with clean air and creates sealing and positive pressure. Because of the blower, the unit also can be used on infants and the unconscious. The blower will operate for 4 hours.

The same heat seals used for the harsh conditions of space bind the SCape Hood together. More important is that the sam e quality and inspection trusted to keep the astronauts alive is employed to create this life-critical product. The expertise gained from protecting the astronauts from the harsh space environment transfers directly to work in protecting people on Earth from chemical warfare and hazardous material spills. Currently, ILC Dover has sold over 60,000 SCape Hood units. The company anticipates that the SCape Hood will be in high demand in urban areas and in government buildings possibly targeted by terrorists.

ILC Dover’s use of high-performance, rugged textiles has led it in yet another direction. The engineers have been using their space experience to manufacture blimps, aerostats, airships, and other LTA vehicles since the early 1970s. In fact, currently 80 percent of the large LTA structures in the world are manufactured by ILC Dover at the same location as the space suits. These structures employ high-strength seaming technology designed and developed for the suits. Test methods developed for the films used on the space suits are the same methods employed to test the materials used on the structures. The high-strength, ultraviolet-resistant, low-gas permeability technology necessary to float these crafts at high altitudes and not lose gas or suffer damage from ultraviolet radiation is a direct result of experiments done to determine the types of textiles and engineered films best suited for the harsh environments of the space landscape.

The LTA vehicles vary from the typical blimp often seen hovering above sporting events to the TowTech Lifting Sphere, a massive inflatable device that harnesses the lifting power of helium for use in areas where roads or rivers are not accessible. These LTA structures range in volume up to 4 million cubic feet and include tethered surveillance aerostats, advertising airships and blimps, passenger airships, high-altitude airships, and hybrid heavy-lifting vehicles.

DoveILCr has partnered with NASA from the very beginning and continues to support its missions. NASA recently called upon ILC Dover for its expertise in the manufacture of extreme-situation textiles, and the company responded by designing and manufacturing inflatable airbags

In addition to developing myriad spinoffs that came from the space suit work, the continued support of NASA’s astronaut corps with flight suits, and the work related to the exploration of Mars, ILC Dover is designing another space suit. This new suit, the Extravehicular Mobility Unit (EMU), is lighter and offers a greater range of motion than the older suits.

Safety and quality are always a focus at ILC Dover. As an ISO 9001:2000-registered company, ILC Dover brings more than half a century of experience to the design, development, and manufacture of life-critical products. From space exploration to physical therapy, from defense to pharmaceutical, ILC Dover develops real-world solutions for a vast range of industries.

The challenges of the future are what compel ILC Dover forward. Man landed on the Moon­—ILC Dover created the space suit. Researchers develop wonder drugs—ILC Dover aids in safe production. Rovers explore Mars—ILC Dover helps them land safely. With an enviable record of performance, a team of highly qualified personnel, and a sound foundation of proven and innovative technologies, ILC Dover continues creating what’s next through spin-ins and spinoffs.

Cool Vest™ is a trademark of ILC Dover, Inc.

DoverPac® is a registered trademark of ILC Dover, Inc.

ArmorFlex® is a registered trademark of ILC Dover, Inc.

SCape Hood™ is a trademark of ILC Dover, Inc.

Abstract
The complex, life-or-death requirements for spacesuits require state-of-the-art engineering. Frederica, Delaware-based ILC Dover has been working with NASA to design, test, and manufacture spacesuits that have flown on every mission since the Apollo era. As a result, the company has developed skills and processes unique to the industry, which they have used on a range of commercial products, ranging from therapeutic suits to safe, efficient pharmaceutical manufacturing; to new, simple-to-use, life-saving gas and chemical masks; and to lighter-than-air (LTA) vehicles. 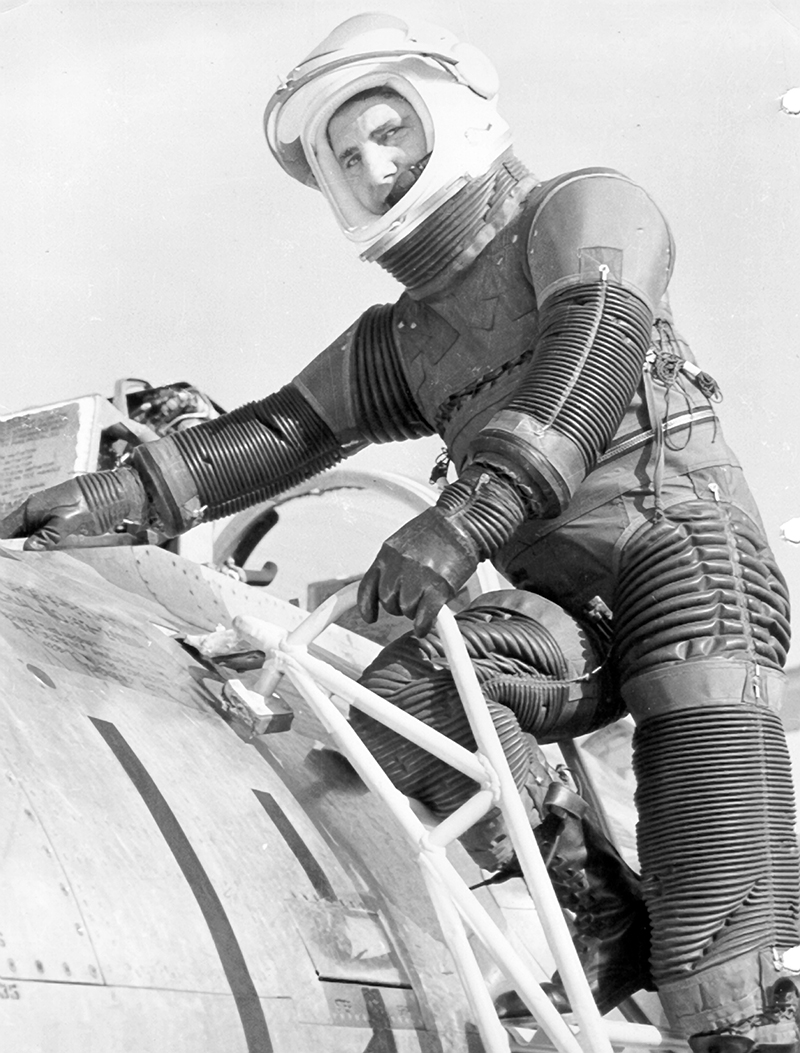 The XMC-2 ILC Full Pressure Suit (1955-1959) was built under a contract with the U.S. Air Force and incorporated bellows and convolutes that greatly increased mobility. This suit laid the groundwork for the design of the Apollo space suits. 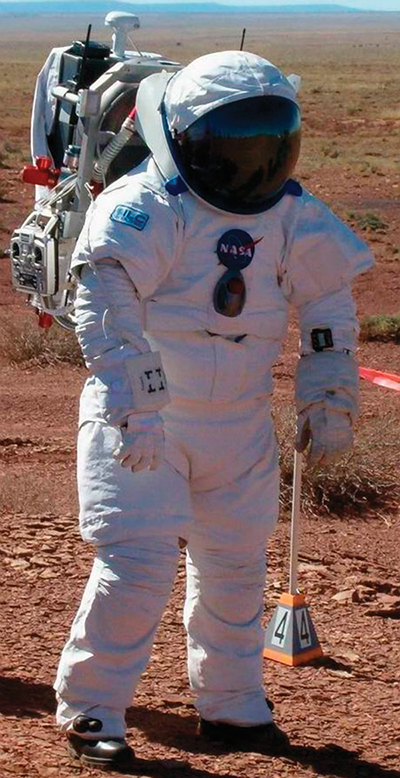 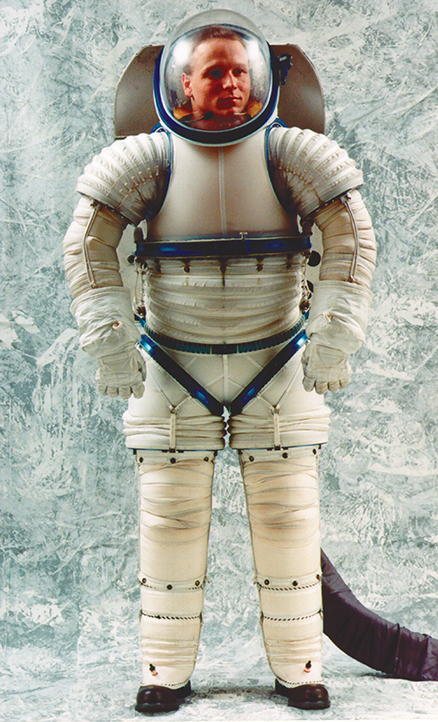 The I-Suit is a highly mobile, soft extra vehicular activity space suit that accommodates astronauts from the 5th percentile female to the 95th percentile male. 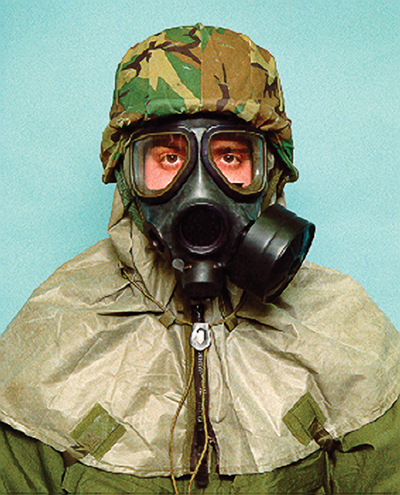 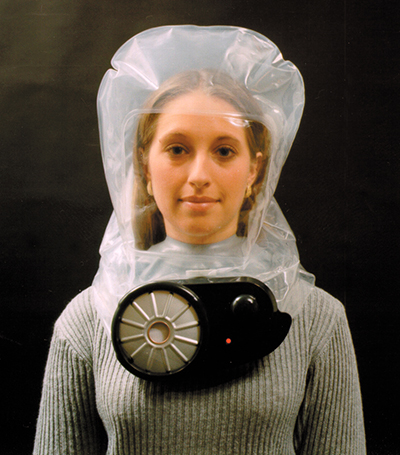 The SCape Hood can be fitted in place and functioning in 30 seconds or less. 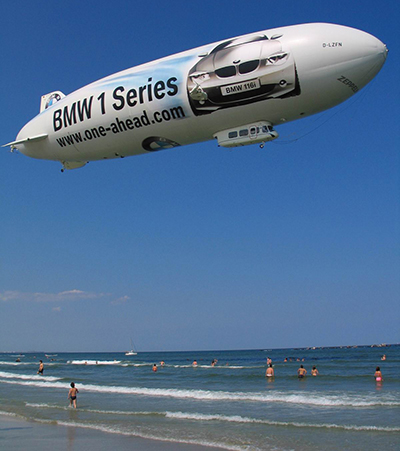 ILC Dover, Inc. manufactures 80 percent of the LTA in the world. Blimps, like the one pictured here, often fly over sporting events and vacation spots. 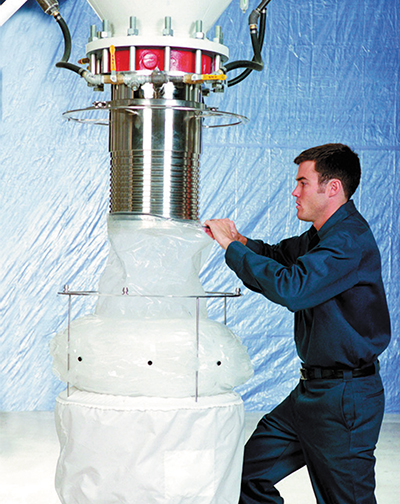 A technician works with the DoverPac system, a revolutionary, safe pharmaceutical-manufacturing system.