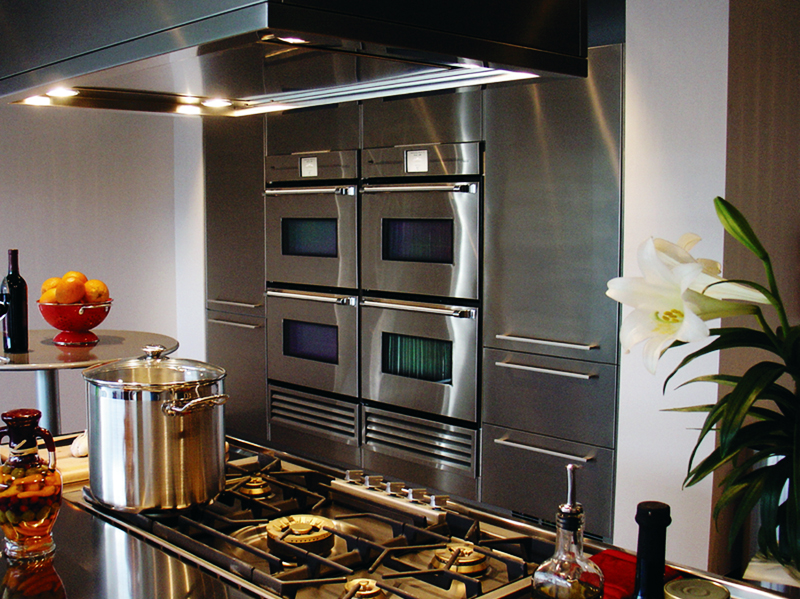 Cooking Dinner at Home—From the Office

It is well past quitting time, but you are still stuck in the office. Your spouse left work over an hour ago, but is caught in bumper-to-bumper traffic. As a result, neither of you were available to pick up your daughter on time from her soccer game. If your son hadn’t gotten detention at school today—which also made him late for work—he could have picked her up.

The next thing you know, it is already 8:30 at night, and your family members are finally all together under the same roof. No one has had a bite to eat since lunch, and dinner certainly isn’t going to cook itself…or is it?

For those who are all too familiar with this situation, it might be time to welcome the oven of the future into your homes: the ConnectIo Intelligent Oven, brought to you by TMIO, LLC, of Cleveland. Applying the same remote command and control concepts that NASA uses to run experiments on the International Space Station (ISS), ConnectIo allows its owners to cook dinner from the road, via a cell phone, personal digital assistant, or Internet connection.

In 1994, David Mansbery was at the helm of an active family whose schedule rarely allowed for home-cooked meals. Growing tired of frequent fast-food dinners, Mansbery set out to bring traditional, home-cooked dinners back into his home. At the time, Mansbery was president of a natural gas supply company, and NASA’s Glenn Research Center was one of his biggest clients.

When Mansbery pitched his idea of a hot-and-cold, remotely operated oven to Glenn, the NASA center lined him up with a group of its engineers that had worked on the ISS Electric Power System, the Solar and Heliospheric Observatory (SOHO) that studied the Sun, the Cassini spacecraft that is currently visiting Saturn, and several experiments that flew on the Space Shuttle. These engineers supplied Mansbery with “Embedded Web Technology” software that was developed at Glenn in 1996. According to its inventors, Embedded Web Technology marries embedded systems (hardware or software that forms a component of a larger system and is expected to operate without human intervention) and the World Wide Web, to let a user monitor and/or control a remote device with an embedded system over the Internet, using a convenient, graphical user interface. In contrast to general purpose desktop computers, embedded systems contain processors, software, input sensors and output actuators—all of which are dedicated to the control of a specific device.

NASA counts on Embedded Web Technology to allow astronauts to operate experiments from anywhere on the ISS, using any laptop computer available to them. This way, NASA can operate its experiments without having to install user-interface software on all of the laptop computers for every space-bound instrument. To date, an estimated $150 million has been saved by use of this software to control Space Station payloads.

With authorization to use the Embedded Web Technology, Mansbery formed the TMIO company to execute his idea. The NASA software enabled low-cost, real-time remote control and monitoring of the resulting intelligent oven product.

With combined cooling and heating capabilities, TMIO’s ConnectIo stainless-steel professional series oven provides convenience and healthy living for today’s active lifestyles. Before leaving for work, consumers can place fresh food in ConnectIo, where it will remain properly refrigerated until a programmable cooking cycle begins; the oven is preprogrammed with a universal cooking menu, which can be customized to the user’s preferences. The menu allows the user to simply enter in the dinner time, and the oven automatically switches from refrigeration to the cooking cycle, so that the meal will be ready as the family arrivesfor dinner.

Should plans change, the embedded software enables the user to conveniently and instantaneously adjust and control the oven settings while away from home, via a cell phone, personal digital assistant, or the Internet. This includes re-refrigeration, warming for a completed meal, and any temperature or time modifications that need to be made on the fly.

ConnectIo’s unique two-cavity design offers independent cooling and cooking of two separate dishes. For instance, chicken can be placed in the top compartment and potatoes in the bottom. Each dish cools and cooks according to its own instructions.

Built-in Ethernet capabilities allow for a seamless connection of ConnectIo to the outside world, so additional wiring is not required. The oven also features touch screen controls that integrate into flat panels around the house, allowing for a sophisticated and practical way to see if dinner is ready without having to leave a room, or perhaps miss a part of a favorite television show, to check on the oven. Furthermore, TMIO asserts that ConnectIo’s advanced structural design leads to safer and more energy-efficient cooking and self-cleaning cycles.

The technology was recognized as one of TIME magazine’s “Coolest Inventions” for 2003, as Reader’s Digest’s “Best of America” for 2004, and honored with the 2004 “Best of Innovations” award by the Consumer Electronics Association. It has made numerous television appearances on programs like CNBC’s “Power Lunch,” “Good Morning America,” “The View,” and ESPN’s “Cold Pizza,” as well as A&E Television Network’s “Atwith the Brave,” a show that offers home-renovation remedies to soldiers returning from Iraq and Afghanistan; TMIO contributed a ConnectIo oven to a deserving soldier and his family, who were featured on the program. TMIO has also announced its engagement of a Beverly Hills-based product placement firm to help bring ConnectIo to prime time television and Hollywood movie sets.

Built from NASA technology, one-too-many nights of fast food, and some forward-thinking inspired by the cartoon, “The Jetsons” (TMIO openly admits to this influence), ConnectIo has revolutionized the cooking industry and brought the family back together for dinner. 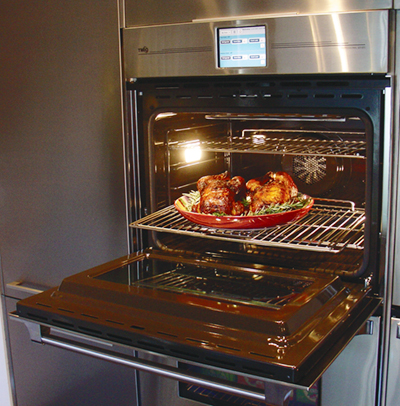 By combining remote-access technology with the capability to both cook and refrigerate food, TMIO, LLC, has eliminated the “wait time” of cooking. 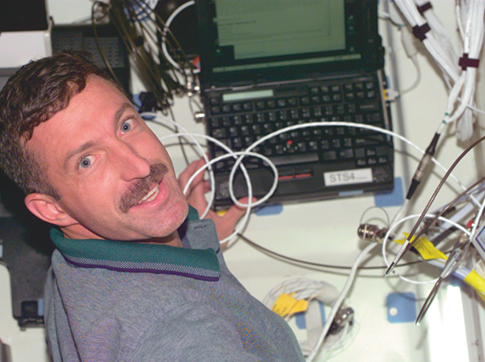 From a remote location, the ConnectIo Intelligent Oven can be programmed to automatically switch from refrigeration to the cooking cycle, so that the meal will be ready as the family arrives home for dinner.