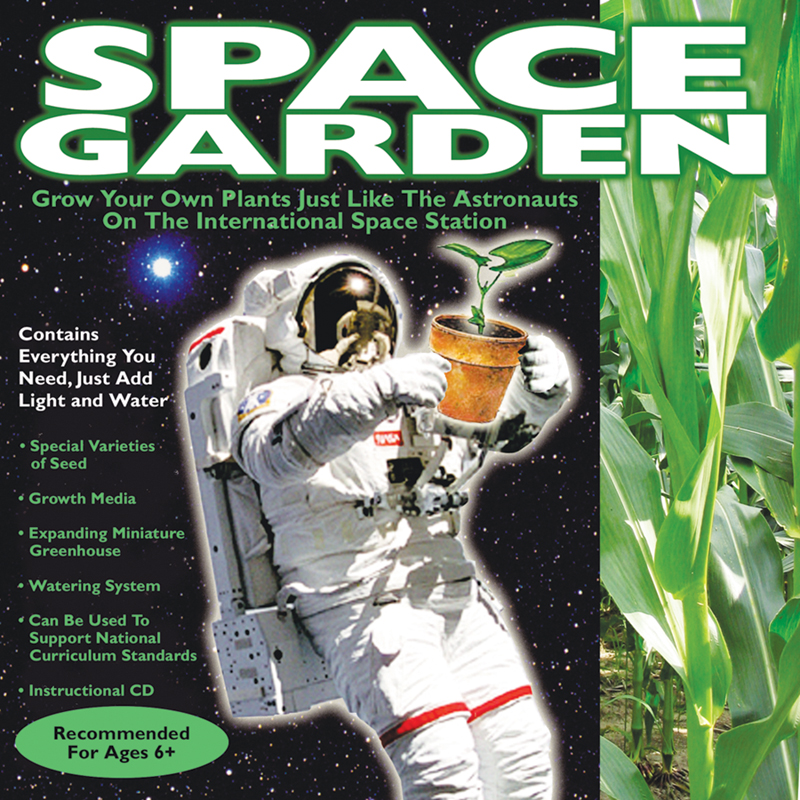 Astronauts cannot live on dehydrated ice cream alone. Like everyone else, they need their vegetables. Enter VEGGIE, the Deployable Vegetable System, currently under development by Orbital Technologies Corporation (ORBITEC). VEGGIE is the latest in a long line of vegetable production units ORBITEC is currently working on, with NASA assistance, to grow salad crops to supplement prepackaged foods during long stays in space.

The primary goal of the VEGGIE project is to provide flight crews with palatable, nutritious, and safe sources of fresh food with minimal volume and operational resources. In addition, ORBITEC recognizes the age-old adage that gardening is good for the soul, and it acknowledges that gardens are beneficial for relaxation and recreation. As evidence, astronauts on the International Space Station (ISS), who often stay for periods of 6 months, have been enjoying plant experiments, which provide them with much missed greenery and can occupy valuable free time with an enjoyable task.

VEGGIE is a project that grew out of technology developed by ORBITEC for the Biomass Production System (BPS). The BPS is equivalent in size to a Space Shuttle middeck locker, and provides four plant growth chambers. Each chamber has independent control of temperature, humidity, nutrient and water delivery, lighting, and atmospheric composition.

The BPS flew to the ISS in 2002, and astronaut Dan Bursch had positive comments about his interaction with the plants while in orbit. Astronaut Peggy Whitson had similarly positive remarks during the following expedition while she was growing soybeans for another experiment. Whitson reflects on her time in space with the plantings on Expedition 5, “Although it doesn’t sound like much, it was really exciting to see something green. I assumed that this was just because I really enjoy plants, but it surprised me that both of my crewmates were just as excited. They wanted photos of themselves with the plants and asked if they could eat some of them, too!” The astronauts did not eat the plants, but these initial experiments gave the researchers information they needed about the basics of growing crops in space.

Since its inception in 1988, Madison, Wisconsin-based ORBITEC has received over 160 government contracts, exceeding a total of $120 million. The VEGGIE work is being done under a NASA Phase II Small Business Innovation Research (SBIR) contract, sponsored by Kennedy Space Center. ORBITEC has a long history of NASA involvement, and currently holds the two largest Phase III SBIRs ever issued: one for the Plant Research Unit and the other for the Advanced Animal Habitat, a laboratory for studying rats that is scheduled to fly to the ISS.

Its commitment to NASA and the SBIR program is reflected in the company charter, which outlines the mission to “serve government and industry by developing and demonstrating innovative technologies and advanced products that enhance the quality of human life and support mankind’s exploration of the universe.”

After the successful BPS flight, discussions began at ORBITEC about innovative methods for growing plants in space to improve plant habitability with extremely reliable yet simple systems. The company had observed astronaut Jim Voss on Expedition 2, the second group to live on the ISS, and astronaut Don Pettit during Expedition 6, the sixth tenancy of the ISS, attempting to grow onions and other varieties of plants in old food bags, but having little success due to the lack of a proper growth medium and fertilizer.

ORBITEC’s goal was to produce a device that individual astronauts could take into orbit and use to grow a variety of plants for supplemental food preparation. The VEGGIE and BPS work led to the development of the Astronaut Plant Bag (APB), which seemed the perfect fit, as it uses the same base as the astronaut food containers and, thus, has the same septum holder and hydration needle. The APB can grow food on spacecraft using the existing light sources. In addition, it has a semi-passive atmospheric control system that minimizes water use without severely limiting gas exchange. It is small, uses little resources, and takes virtually no time to maintain. It does not interfere with an astronaut’s vigorous work schedule and can be maintained as a hobby; and since APB was built for space travel, it meets all the necessary flight requirements. ORBITEC is expecting to send APBs up with future missions as astronaut personal gear.

The Space Garden spun out of the APB project as an outreach companion and is a method for involving children in biology, life sciences, and agricultural studies. Providing a classroom-based unit that duplicates the projects on the ISS and Space Shuttle, the kit is safe for children ages 6 and up, and is recommended for use in classrooms, grades 5 and up. It is similar to the APB, but less costly, as it does not need to meet the rigorous demands of the flight-tested units.

The Space Garden comes with all of the materials needed to conduct growth experiments, including the growth chamber, seeds, watering syringe, a spongy root barrier, and the growth medium, Lucite. The kit supplies everything an educator needs to make use of this experiment in the classroom, such as an educational CD-ROM, a data log, a classroom presentation, a growth chart, and Web activities. The Space Garden provides teachers with four experiments correlated to National Science Standards. These include activities related to plant growth and development, food and nutrition in space, and the effects of gravitropism and phototropism. It is already being used in dozens of educational centers and is available for sale online.

In addition to the APB and the Space Garden, ORBITEC created another commercial product as a result of its involvement with NASA’s bioresearch. This product, the Biomass Production System for Education (BPSe) is a large, ground-based version of the original BPS. Commercialization of the growth system began with a Phase III SBIR contract, “Biomass Production Education System (BPES),” which developed and delivered several classroom plant growth systems to NASA in June 2004. Under a second Phase III contract, the hardware design was updated from the original, delivering 10 more growth chambers, up markedly from the original 4, and 12 more sensor packages. Furthermore, ORBITEC is investigating design and manufacturing options for reducing the unit costs as well as developing learning modules that utilize the BPSe in classroom settings.

ORBITEC is currently proposing that the outcome of its work with NASA on the VEGGIE be sent into orbit, providing continuous crops of fresh produce to the ISS crews. The company is also making plans to distribute the BPSe through programs that form partnerships among public schools, institutions of higher learning, and private enterprises, with the goal of increasing the quantity and quality of engineering, math, and science students.

Abstract
Orbital Technologies Corporation is currently working, with NASA assistance, to grow salad crops to supplement prepackaged foods during long stays in space. The company has developed a growth chamber that is the same dimensions as an astronaut's food package and uses the same hydration needle. Flight-tested versions of this device have been sent to the International Space Station. A terrestrial modification of this device, complete with expandable bellows for plant growth, growing medium, seeds, and a hydration system is available to the public for education experiments. The kit also comes with video of astronauts growing plants in space, growth charts, and suggested experiments and lesson plans for use by educators. 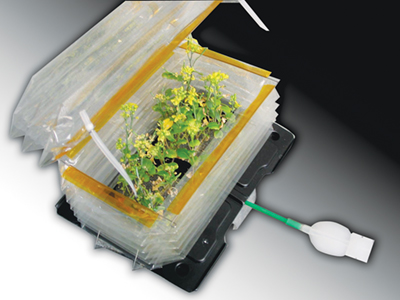 With its unique bellows system and hydration septum, the Space Garden is already being used in dozens of education centers.

The Space Garden comes with everything students and educators need to begin their own growing experiments at home or in the classroom.