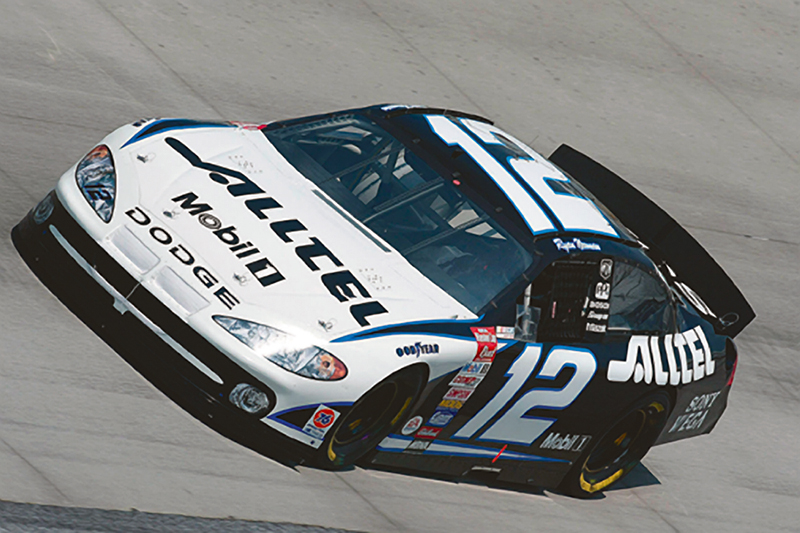 From Rockets to Racecars

Originally designed as part of an atmospheric satellite project, where the catalysts were intended to recycle and recapture carbon dioxide to enhance the operational life of carbon dioxide lasers, the entire system was made to be rugged, long-lived, and fail-safe.

The low-temperature oxidation catalysts can be produced and coated onto various catalyst supports, including porous ceramic monoliths and beads, which means that they can be integrated into existing designs, made to fit in limited space, and fashioned into a variety of geometrically different products.

Although the satellite project was never launched, the resulting catalysts are doing great things here on Earth, with current applications in the high-speed motor sports arena as air purifiers, so professional racecar drivers do not get carbon monoxide poisoning. Future benefits may extend even further.

The aerospace industry has always had a direct link to the automotive industry, and NASA has, over the years, provided a great deal of its technology to its ground-based cousin, whether it was in the form of grooved pavement to reduce the risk of hydroplaning vehicles, or helping to design crash test dummies with embedded sensors. NASA has also contributed to automobile industry technological advances such as a software program that measures tire safety and fuel cell research that is revolutionizing the next generation of hybrid vehicles.

NASA’s operations also have something in common with the rigors of high-performance competitive driving. Both require reliability under extreme conditions with little or no maintenance. Add to that the fact that NASA currently holds several Guinness Book of World Records records for speed, and the connection becomes even clearer. The high-speed motor sports industry has benefited from NASA in several ways. Under a Space Act Agreement between Boeing North America, Penske Racing, and BSR Products, Space Shuttle Thermal Protection System materials are now used to insulate racecars. In the early days of the Space Shuttle Program, NASA scientists and the 3M company worked to improve high-temperature tiles and textiles to withstand the intense heat and pressures of reentry. These tiles, now manufactured by the 3M Company, are used on the floorboards of National Association for Stock Car Auto Racing (NASCAR) vehicles to block engine heat. These two innovations keep drivers safe when they are zooming by at speeds in excess of 200 miles per hour.

Additionally, the large 30- by 60-foot wind tunnel at Langley, currently leased to Old Dominion University, is being used to test airflow over racecars. Future plans are in the works to perform even more racecar testing at Langley.

The newest addition to NASA’s contributions to high-speed motor sports is the new family of air catalysts. Penske Racing, of Mooresville, North Carolina, has designed an air filter using the NASA catalysts for drivers on the high-speed racing scene. STC Catalysts, Inc. (SCi), a subsidiary of Science and Technology Corporation, in Hampton, Virginia, manufactures the catalysts and has been supplying them to Kustom Komponents, of Temple, Pennsylvania, for use in these filters.

The filtration unit being sold to racecar drivers is about the size and shape of a Thermos bottle. It is part of a compound filter system containing absorbents and other materials to effectively remove noxious gasses from the driver’s air stream. In order to be implemented into the design of the high-performance cars, it has to be small and compact so as not to add unwanted weight. Its capabilities derive from a unique surface chemistry and airflow over and through a formulation of platinum and tin oxide incorporated within a honeycombed form. As fumes enter the passenger-side air duct, they flow through an activated carbon filter, the carbon monoxide scrubbing catalyst, and finally through a 99.997-percent high efficiency particulate air (HEPA) filter. This unit filters out harmful gases before they affect the driver’s health. The air is then cooled before being delivered directly to a port in the driver’s helmet.

The racecars are so close to each other and run so many laps, that the drivers literally never have a break from the carbon monoxide. Additionally, racecars do not have catalytic converters to reduce carbon monoxide emissions like commuter cars do, and they produce more emissions per hour due to the high speeds they travel. Exposure to the elevated level of fumes causes drivers to feel woozy, nauseous, and fatigued. It has even led to early retirement for some.

Rick Mast, a veteran racecar driver who boasted 364 starts over the course of his 15-year career, retired in 2003, citing chronic carbon monoxide poisoning as the cause. He complained of dizziness, headaches, and nausea that eventually ended his career. Other drivers spoke out about health problems resulting from carbon monoxide inhalation, and NASCAR responded by initiating a series of tests and looking for a filtration system that would keep drivers safe, something it called its “fresh air” study.

Penske Engineering, under the direction of its president, Don Miller, drove the effort to design, develop, and demonstrate the filter. Penske worked with researchers at one of Langley’s wind tunnels to control and isolate cooled air for filtration. Traditional racecars filter air before it is cooled, and then use most of the cooled air for heat rejection. Penske, however, through its work at the wind tunnel, managed to isolate an air stream, cool it, and then, using the precision air flow, design the filter.

Dubbed the “INCAR System” and manufactured and marketed by Kustom Komponents, approximately 190 kits have been produced and are in use by major racing teams, including Penske Racing, Roush Racing, Hendrix Motorsports, and Robert Yates Racing, among others. Estimates show that the reduction in harmful gasses is as much as 70 percent, or more, depending upon track and humidity conditions. This virtually eliminates the sickness drivers often refer to as getting “gassed.” It is now common for drivers in high-speed motor sports to have the Penske filtration system installed in their cars.

Since the debut of its partnership with the racing industry, SCi’s business has boomed. In fact, its needs have outgrown its building size. A move to more spacious quarters will be completed by 2006, and the company intends to upgrade its laboratory, add staff, and triple its catalyst production capacity.

Penske, on the other hand, is not profiting much from this venture economically; but rather, it invested the research and capital to protect drivers from carbon monoxide poisoning, and that, so far, has been a very satisfactory result.

Thermos® is a registered trademark of Thermos L.L.C. 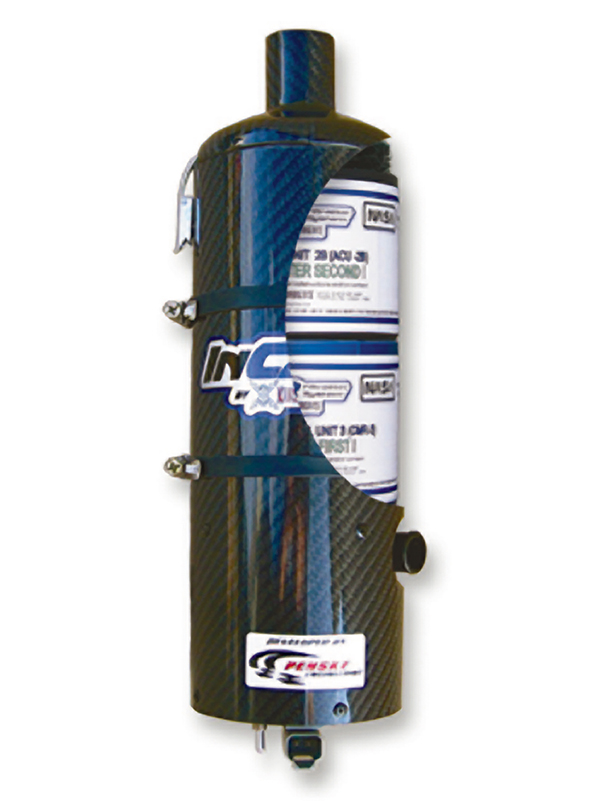 The clean air pumped through this filter virtually eliminates carbon monoxide poisoning and the resulting flu-like symptoms, like headaches, fatigue, and dizziness that have traditionally lingered for days after races.

NASA has close ties with the high-performance competitive driving circuit. The Agency’s latest contribution to the sport comes in the form of an air catalyst­—part of a filter to keep drivers safe from the carbon monoxide lingering over the track.