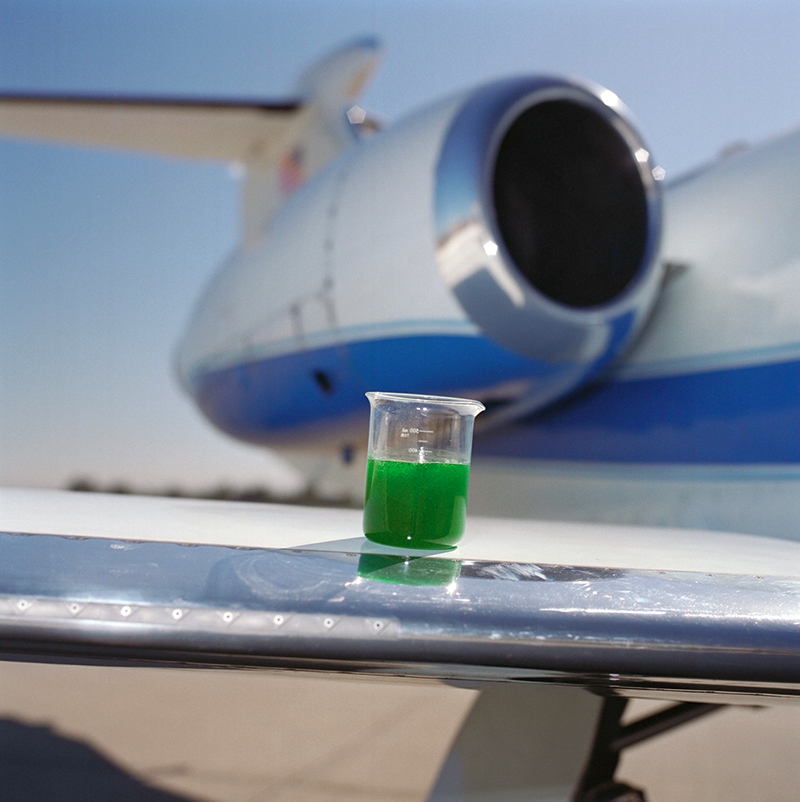 Preventing Ice Before it Forms

NASA has always been on the cutting edge of aviation safety research, though many of the technologies the Agency develops also find practical application in ground transportation safety. One of the most prominent examples of this type of technology transfer is the grooved pavement developed by NASA in the early 1970s. While researching runway conditions, NASA scientists discovered that cutting narrow grooves into the surface of runways allowed rainwater to flow off of the tarmac, decreasing the troubles associated with wet, slick runways, including slipping, hydroplaning, poor handling, and reduced braking times.

This knowledge has aided airports around the world, and highway engineers have realized its benefits for slippery roadways, as well. This is just one of dozens of examples of how NASA technology with roots in flight safety has helped drivers on the ground.

As a more recent example, in the late 1990s, a team of engineers at Ames Research Center invented an anti-icing fluid to keep ice from building up on airplane wings. Ice on wings can be a serious safety hazard, especially during takeoff, when a sheet of ice the thickness of a compact disc can reduce lift by 25 percent or more. The typical approach to clearing off the ice is to use a deicing solution once the ice has built up. The fluid created by the Ames team, though, when applied to a dry surface, prevents the ice from even forming a surface bond, which saves deicing time and money, while also preventing excessive use of chemical solvents. If, however, the solution is not applied before ice forms, it also serves as a traditional deicing formula.

The formula contains propylene glycol, which has a very low freezing point, and a thickener, which helps the fluid adhere to the surface. Ice gathers on top of the formula, and then it can be wiped off with little effort. This thickening agent, a pseudo-plastic, sprays on as a liquid, like lemonade, gels like a lemon sherbet, turns back to a liquid when wiped, and then gels again into its sherbet consistency when left to solidify. The sherbet-gel stage is especially important when the formula is sprayed onto a vertical or steeped surface, as it clings better than a liquid would.

The sherbet analogy is not that far-fetched. In fact, when the solution was originally introduced, it was so environmentally safe that it was deemed “food grade,” because its ingredients were approved by the U.S. Food and Drug Administration for use in food—ice cream, to be specific. This safety feature is a serious advantage over methyl alcohol- and ethylene glycol-based solutions, which are commonly used for deicing, but have negative environmental effects. Exposure to large amounts of ethylene glycol can damage the kidneys, heart, and nervous system of people and animals. Pools of the toxic solution are also dangerous for fish and wildlife. The toxic effects can be widespread if it enters streams, rivers, or other bodies of water that support life.

When the nontoxic anti-icing solution was announced in 1997 by Ames co-inventors Leonard Haslim, John Zuk, and Robert Lockyer, the fluid was said to be able to prevent ice buildup on airplane wings. The first example application in the patent, though, was for use as an anti-icing agent on automobile windshields. Although working in the sunny climate of California, Zuk had grown up in the American Northeast, attended college in the Midwest, and was all too familiar with cold mornings spent scraping ice from windshields.

This fluid had such obvious widespread application that NASA sought to find and issue a license to a commercial partner with the background and resources to market and distribute this wonder.

“NASA aviation and space research have helped mankind by finding epic discoveries in our skies and far into the heavens,” said Brian Jue, chief executive officer of WorldSource. “WorldSource is proud to license a piece of NASA’s aviation safety technology for our Ice Free anti-icing product. Ice Free’s ability to prevent ice from bonding to a vehicle’s glass windows could make winter life easier for millions of people on roadways around the world.” The inventors also recommended its use on railway switches and on monorail electrical connections. The technology is currently being leveraged by another licensee, Midwest Industrial Supply, Inc., of Canton, Ohio, where it is prized for its anti-icing qualities, as well as its lubricating properties for preventing the development of ice buildup.

“As we continue to explore the universe, we are proud that NASA’s pioneering efforts keep fueling American creativity, innovation, and technology development,” said David Morse, acting chief, Technology Partnerships Division at Ames. “This new product is yet another example of the additional dividends Americans reap from their investment in space exploration.”

Ice Free is a spray for automobile windshields that can provide protection down to 20 °F. Applied prior to inclement weather with a standard spray bottle, it is a simple and safe treatment that prevents ice or snow from bonding on a glass surface, such as a car’s windshield, side or rear windows, and mirrors.

The spray makes it fast and easy to get started on a wintry morning, as it eliminates waiting for defrosters to help thaw ice and, as is even more appreciated, eliminates the need to stand outside in cold weather, scraping and chipping away at the ice. It is so simple that one swipe of the windshield wipers is all it takes to clear front windshields treated with the solution. For side windows and mirrors, a stroke of a squeegee is all it takes.

It has the additional benefit of deicing, instead of just being an anti-icing agent. If the formula is not applied before the ice sets, the solution can still be used, because when sprayed on ice, it helps the thawing process.

“We’ve had an extraordinary reception to Ice Free in initial marketing tests from consumers, distributors, and the media from across the United States, and have been receiving worldwide inquiries,” said Bob Harrick, WorldSource president. “We’re working on putting Ice Free onto retailers’ shelves in every region where cold weather forces people to scrape their icy windows when trying to get their vehicle ready for driving. Ice Free saves people time, and some of their body heat, too.”

Lockyer said of the product in its newfound commercial application, “It’s a good use for it, and it will work. We sprayed some on a windshield here, let it ice over, turned the windshield wipers on the next morning, and the ice came right off.”

Abstract
A team of engineers at Ames Research Center invented an environmentally friendly anti-icing fluid to keep hazardous ice from building up on airplane wings. The typical approach to clearing off the ice is to use a deicing solution once the ice has built up. The fluid created by the Ames team, though, when applied to a dry surface, prevents the ice from even forming a surface bond, which saves deicing time and money, while also preventing excessive use of chemical solvents rivers, or bodies of water that support life. WorldSource, Inc., of Palm Desert, California, a developer and distributor of products for the consumer marketplace, is marketing the fluid as Ice Free, a spray for automobile windshields that can provide protection down to 20 ?F. 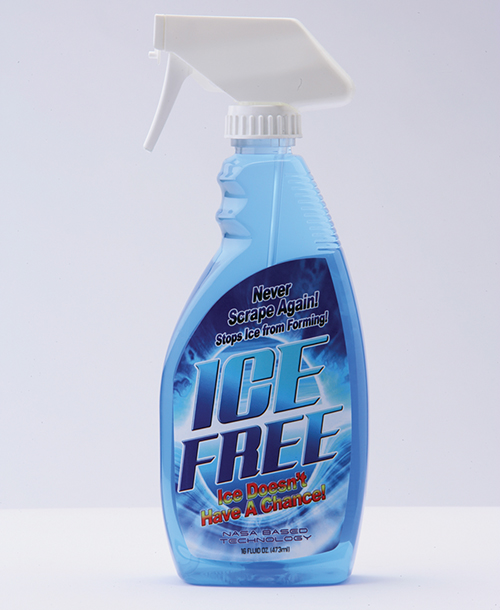 Now that Ice Free is commercially available, people everywhere can experience the advantages of this NASA-derived technology.

This anti-icing agent adds an extra level of safety to air travel. Created at Ames Research Center, it contains food-grade ingredients, making it safe for the environment as well.