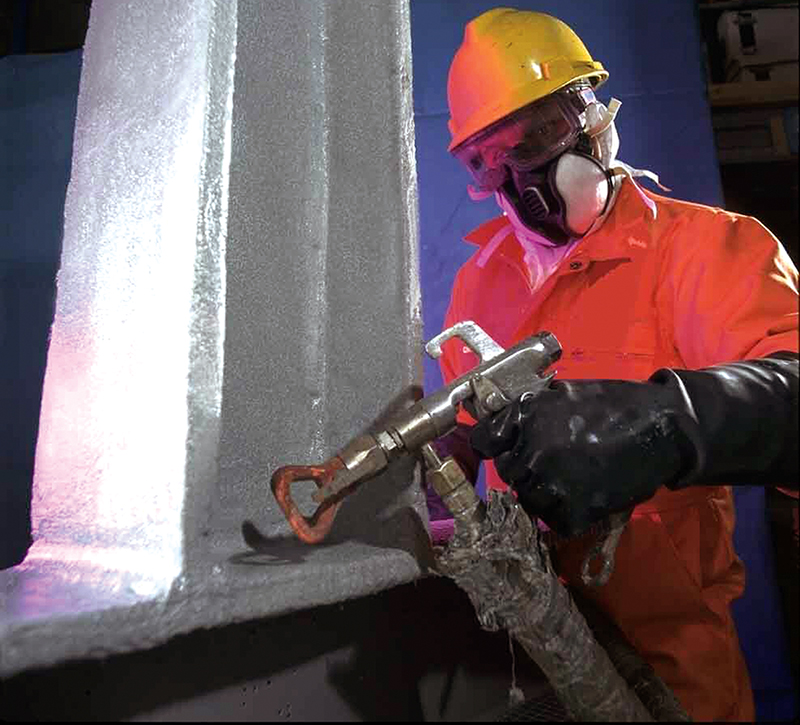 In preparing to send man to the Moon in the 1960s, no detail was too small for NASA to consider when it came to ensuring that humans and their transporting spacecraft could withstand the powerful thrust of a launch, the harsh and unforgiving conditions of space, and the extremely high temperatures of reentry into the Earth’s atmosphere. When a tragic launch pad flash fire occurred during a routine preflight test of the Apollo 1 spacecraft at Cape Kennedy (renamed Cape Canaveral in 1974), NASA put into action major design and engineering modifications for the Moon-shooting spacecraft, plus revisions to test planning, test discipline, manufacturing processes and procedures, and quality control.

Detailed accounts of the Apollo Program’s birth and evolution from the NASA-published book “Apollo Expeditions to the Moon” confirm NASA’s commitment to getting the job done right, depicting the Space Agency as ever so meticulous in pledging to safely land man on Earth’s lone natural satellite and then return him home. According to one historical account documented in this book by George Low, NASA’s deputy administrator from 1969 to 1976, NASA built mock-ups of the entire Apollo spacecraft, and then tried to set them on fire. If they burned, Low continued, NASA redesigned them, rebuilt them, and tried again. For vibration testing, the Agency tried to shake things apart.

Additional tests within simulated environments also occurred to emulate the vacuum-like effects of space, the heat of the Sun, and the cold of the lunar night. Furthermore, Low wrote, all spacecraft systems were subjected to humidity and corrosive salt spray, to the thunderous noise of the rocket booster, and to the shock of a hard landing. To simulate a normal “splashdown” landing simulation, NASA dropped the command module—the portion of the spacecraft that astronauts inhabit—into water, and to simulate an emergency landing, it dropped the lunar module—the portion of the spacecraft that carries astronauts from the command module to the Moon and back—on simulated lunar terrain.

Low’s account acknowledged that NASA overstressed and overloaded spacecraft components until they broke, and if they broke too soon, the Agency redesigned, rebuilt, and tested them again.

The final safety exam came in the form of flight, according to Low. NASA designed three unmanned test flight missions to ensure the Apollo orbiter met all of the Agency’s requirements. The first two flights utilized a 1,300,000-pound (with propellant) Saturn IB rocket booster that gave off 1,600,000 pounds of thrust. The third unmanned mission was the most critical test. This mission was deemed the Apollo 4 mission. (No missions were ever officially designated Apollo 2 or 3.) It utilized a Saturn V booster, which weighed 6,200,000 pounds (with propellant) and gave off 7,500,000 pounds of thrust.

After the spacecraft achieved an altitude of 10,000 miles, its engines drove it back down into the Earth’s atmosphere at an unprecedented speed of approximately 25,000 miles per hour. During reentry, temperatures on the orbiter’s heat shield reached 5,000 °F, more than half the surface temperature of the Sun. The heat shield charred as expected, but the spacecraft’s inside cabin remained a comfortable 70 °F. A milestone had been passed, Low wrote, making way for man to go to the Moon.

Built and designed by Avco Corporation, the Apollo heat shield was coated with an ablative material whose purpose was to burn and, thus, dissipate energy. The material charred to form a protective coating which blocked heat penetration beyond the outer surface.

Avco Corporation subsequently entered into a contract with Ames Research Center to develop spinoff applications of the heat shield in the arena of fire protection, specifically for the development of fire-retardant paints and foams for aircraft. This experience led to the production of Chartek 59, manufactured by Avco Specialty Materials (a subsidiary of Avco Corporation eventually acquired by Textron, Inc.) and marketed as the world’s first intumescent epoxy material. As an intumescent coating, Chartek 59 expanded in volume when exposed to heat or flames and acted as an insulating barrier. It also retained its space-age ablative properties and dissipated heat through burn-off.

Further applications were discovered, and the fireproofing formulation found its way into oil refineries, chemical plants, and other industrial facilities working with highly flammable products.

According to Craig Scott, International Paint’s director of fire and infrastructures, the new-construction industry has been forced to reevaluate traditional methods of fire protection in commercial infrastructures. This includes everything from building codes to structural design issues and the less-durable fireproofing materials currently specified for commercial steel structures.

Although steel does not burn, it loses strength in a fire, which can lead to a structural failure. Above 500 °F, steel starts to lose its structural integrity, and at 600 °F, steel loses 75 percent of its strength, according to International Paint. Interchar and other Chartek fireproofing materials swell to provide a tough and stable insulating layer over the steel to protect it.

An Interchar coating is typically applied at a thickness between 1 and 8 millimeters, so it does not impact the overall shape of the steel. Because this is a thin layering process, architects and building planners can still explore intricate and innovate architectural designs, especially when the steel is exposed. According to the company, Interchar’s aesthetic versatility is a unique characteristic for commercial construction that previous Chartek products could not match.

The technology is also made to be applied offsite, so that all of the materials that require fireproofing are ready before they are delivered to the construction site. Many benefits stem from the offsite application process: a controlled environment is used to ensure the appropriate thickness, as under- or over-coating could negatively affect Interchar’s function; it saves time and money, since scaffolding and the sealing off of areas during spraying are not involved; and it does not disrupt the work of other contractors or cause project delays.

“This is a technology that has come of age,” noted Scott. “The human and economic costs of fire damage can be significantly reduced by the use of a fireproofing system that can address any emergency fire event.”

Chartek® and Interchar® are registered trademarks of International Paint, LLC. 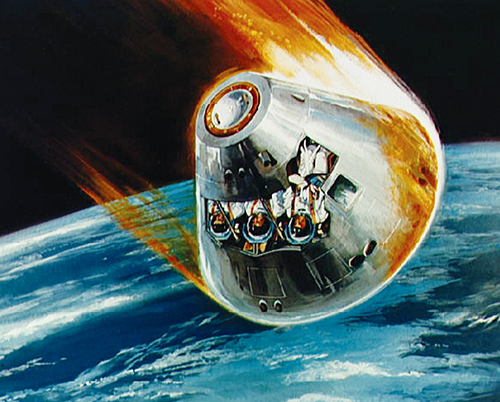 Artist’s rendering of Apollo Command Module—with cutaway showing three astronauts—oriented in a blunt-end-forward attitude, reentering the Earth’s atmosphere after returning from a mission.

Fabrication shop application of Interchar fireproofing material to structural steel beams. Since Interchar is typically applied at a thickness between 1 and 8 millimeters, it does not impact the overall shape of the steel. This means architects and building planners can still explore intricate and innovate architectural designs.