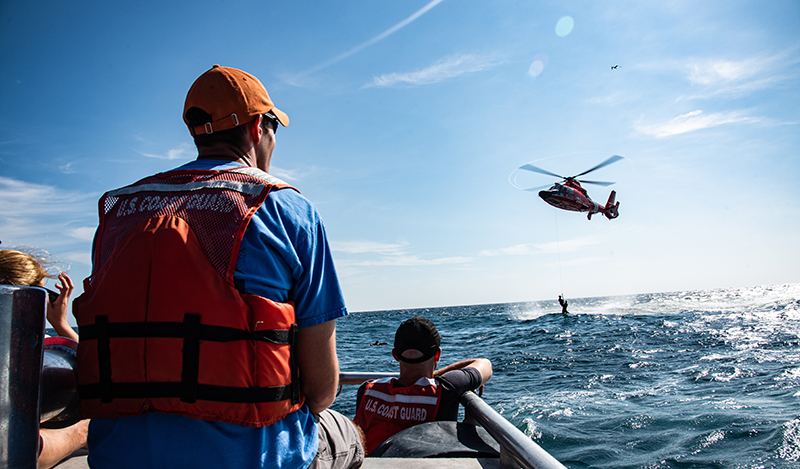 As companies and other entities continue making use of NASA know-how, spinoffs from the space agency are bound to bump into each other now and then. That’s what happened as the lifesaving Search and Rescue Satellite Aided Tracking (SARSAT) system underwent a major expansion over the last several years.

The U.S. SARSAT system and its global counterpart, COSPAS-SARSAT, detect and locate distress signals from emergency beacons and have enabled the rescue of more than 48,000 people worldwide. In the United States, more than 10,000 people have been saved since the first satellite transponders and ground stations went into effect in 1982.

NASA led the system’s creation and remains the research and development lead, and the National Oceanic and Atmospheric Administration (NOAA) manages the ground stations in the United States (Spinoff 1982, 2000).

Historically, SARSAT transponders have piggybacked on both low-Earth orbiting satellites and much more distant geostationary satellites. The first can calculate a beacon’s location, while the second can immediately receive and relay the distress message, but neither can do both well.

Over the last decade, SARSAT repeaters have also been added to many of the world’s navigational satellites, which operate in medium-Earth orbit (Spinoff 2012). The Search and Rescue Office at NASA’s Goddard Space Flight Center in Greenbelt, Maryland, assessed the medium-Earth orbit SARSAT platform and developed and tested the first ground station to monitor these new transponders. This led to a network of such stations that went online in 2018 as part of the system run by NOAA. It uses multiple simultaneous signals to immediately triangulate a beacon’s position. This resulted in nearly instantaneous detection and location, in some cases lessening the delay from hours to minutes. NASA and NOAA continue to improve the ground system.

As the number of these satellites exceed the number of antennas dedicated to them on the ground, the ground network had to make difficult decisions about which satellites to track at any given moment. To solve the problem, NOAA turned to Greenbelt, Maryland-based Orbit Logic Inc., which specializes in software for scheduling and mission planning.

The company’s founders built their expertise in the field at NASA: Alex and Ella Herz, the company’s president and chief operating officer, respectively, worked on payload engineering and operations as contractors at Johnson Space Center in Houston in the late 1980s and early ’90s, when scheduling was a major challenge for space shuttle payloads. The third founder, Orbit Logic Vice President Doug George, later worked with Alex to build the scheduling software for the Vegetation Canopy Lidar satellite at Goddard (a project that was ultimately canceled).

When the three founded Orbit Logic in 2000, they set out to create a planning and scheduling tool flexible enough to be applied to any space, or even non-space, mission. Working with two other companies, including the maker of Systems Tool Kit (STK), they built STK Scheduler (Spinoff 2017). 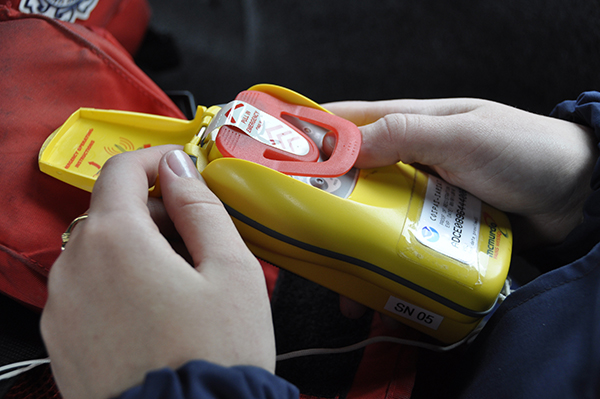 Medium-Earth orbit satellites added to the SARSAT system over the last decade or so have dramatically reduced the time it takes to respond to signals from emergency beacons like this one. Credit: U.S. Coast Guard 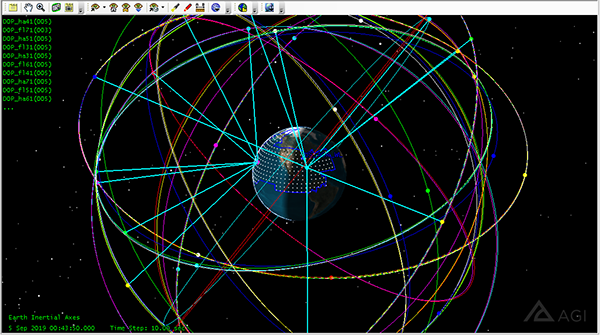 Orbit Logic’s STK Scheduler software, based in part on the company founders’ long experience with NASA mission planning, helps a limited number of SARSAT antennas choose which medium-Earth orbit satellites to track at any given time to maximize accuracy for locating distress signals. Credit: Orbit Logic

Since going into effect in the early 1980s, the Search and Rescue Satellite Aided Tracking (SARSAT) system and its international counterpart COSPASSARSAT have enabled the rescue of more than 48,000 people worldwide, including more than 10,000 in the United States. NASA took the lead in developing the system and remains the U.S. SARSAT research and development lead. Credit: U.S. Air Force/Senior Airman Sean Sweeney